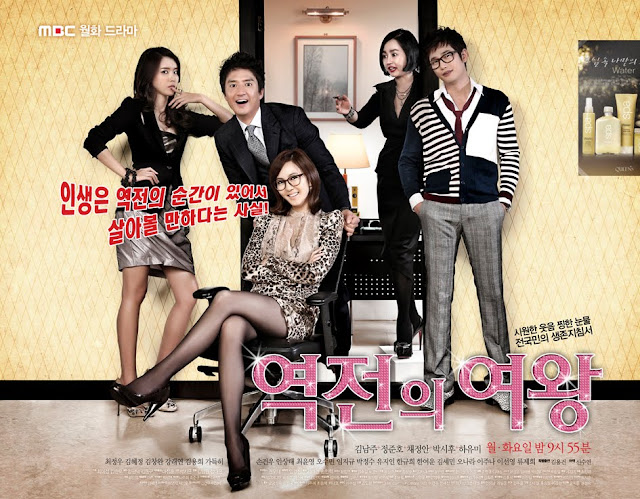 Having just finished it a week ago, this drama remains fresh on my mind. It contains the major elements of a strong drama for me:

The last factor is definitely my top priority in a drama. Many shows unfortunately go WTF towards the end, which pretty much eclipses even the strongest beginnings. Luckily, QOR knew how to progress forward, continually growing its characters and allowing for an adorable clincher of an ending. 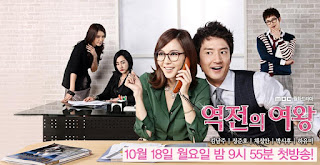 It's paired with great music too, which actually improves in-line with the story itself. My only gripe (with most dramas, in fact) is that I wish the resolution had been longer, allowing each of the major points to get longer screentime and explanation. After all, happiness was so difficultly achieved for our final pair, Hwang Tae-Hee and Gu Yong Shik (as well as Bong Joon Su and Baek Yeo Jin) that it seems a shame it was not more lengthily savored.

Here's a more detailed run-down of my thoughts on the overall drama, which I can roughly breakdown into three phases:

I started watching this drama primarily due to an embedded love for Park Shi-Hoo from Prosecutor Princess (never saw Queen of Housewives). Like most viewers though, I believed the final pairing would remain the first couple, Hwang Tae-Hee and Bong Joon So. Therefore, I tried to bury my PSH hopes and Jung Jun Ho apathy (from his anemic character in IRIS) and maintained an open mind about this alternate pairing. 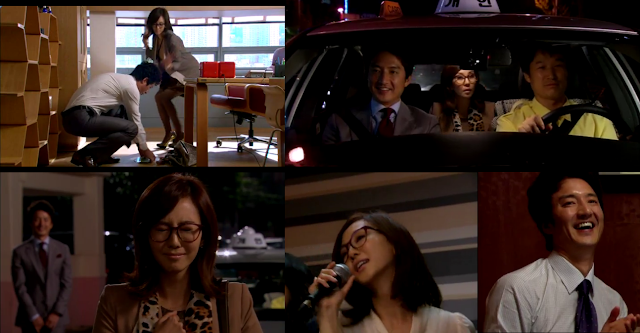 This actually worked for the first two episodes, as BJS was a bumbling, naive hero who willingly allowed himself to be seduced by an upfront, refreshingly direct HTH. I really enjoyed watching their strange, endearingly awkward and speedy courtship - going from first meeting to marriage in just episode 1. There weren't any exciting sparks between the two, but it felt comfortable and sweet, and perhaps good fodder for an interesting marriage. 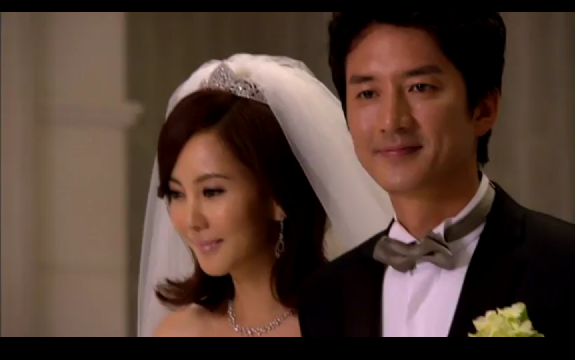 Unfortunately, following the 5-year time-lapse, I began to slowly lose all previous good will for Joon Su (and truthfully HTH annoyed me quite a bit then as well for her passive tolerance of her fallen status and unambitious state in life - and the awful hair). Joon Su went from cute and slow to plain stupid and very selfish. Their relationship had absolutely no redeeming scenes; all they did was bicker and insult each other. 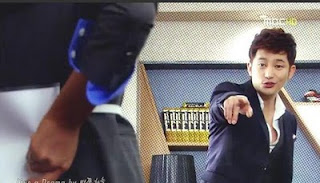 From that point on, PSH became a breath of fresh air. His scenes as Gu Yong Shik were initially sparse but memorable and hilarious, not to mention the sparkling moments he had with HTH, which were laced with heated interactions and charm. I, as well as most others I'm sure, began to fall for his character and curse the fact that by typical K-drama rules, his second-lead character wouldn't have the slightest chance of getting her. 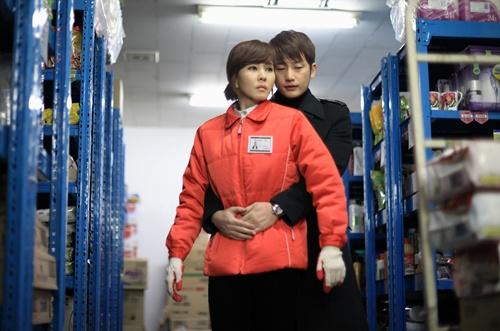 This part dragged in the early episodes but soon picked up as GYS came to the forefront, gradually edging out BJS for the most scenes. It best encapsulates the "reversal" phase of the series title, as BJS and GYS swap in levels of importance to the story and to HTH, the divorce goes through, and the Special Planning Team's morphs from a disorganized, motley gang to an almost successful, close-knit family. It is here that I started to avidly follow the drama and to (cautiously) believe that PSH had a chance for the girl. This phase also best demonstrates HTH's growth as a character, for she truly comes to her full abilities. 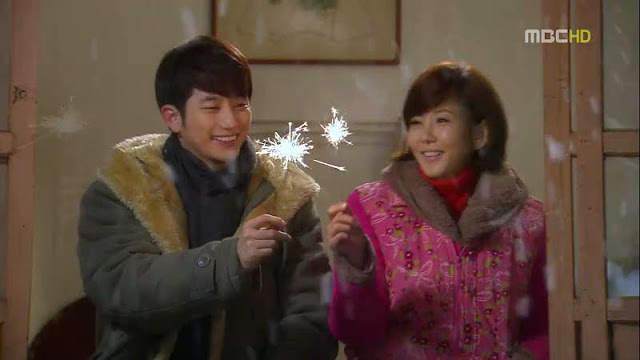 This was the climax, and in my opinion the best portion of the entire drama. Certain parts, even the sweet romance scenes, did become repetitive (I became annoyed with how long it took for HTH to finally open up to her feelings), but overall it wove a far more emotionally-charged and addicting storyline than the previous 20 episodes. I'm not big on angst, as I usually prefer the less intense, more touching and sweet scenes to the devious plot twists and "just missed each other on the elevator" parts. However, I do confess that such narrative effects in this story made me rush ever more eagerly to the next episode and kept me on a drama high, waiting to see when and if GYS would stop losing everything and receive the happiness he so deserved.

Although this final happiness isn't shown in enough detail or length to satisfy me, it is ultimately attained to perfection. The last episode is undoubtedly my favorite. It has the perfect mix of romantic, comedic, sweet, and plain moving scenes. For instance, I loved that they showed Mok Young Chul, Yong-Shik's former roommate and victim to cancer, as spiritually present during the couple's separate visits to his grave. His unheard, though meaningful remark to Yong-Shik that he would "live happily" is also probably one of my favorite lines in the drama. It not only smoothly lets the audience know of the imminent reunion and happy ending but also lends a bit of whimsical charm to the drama itself in showing that our loved ones never truly depart nor stop caring for us. 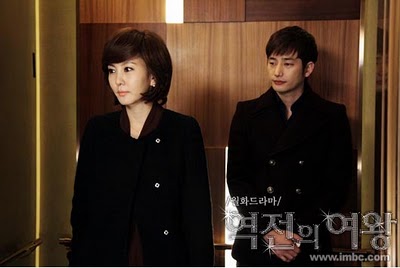 I loved QOR partly for its plot but mostly for its characters. This is one series that thoroughly invested time to show the growth and development of all of its characters, not just the leads. I went from hating BJS and Baek Yeo Jin to supporting and being genuinely happy when they came together, which is pretty rare for second leads. The show also did an excellent job presenting the natural evolution of the characters' relationships with one another. Nothing felt rushed or unrealistic, and all of the characters seemed like actual people to me (with the possible exception of Yong Shik's evil older brother). Everyone went through a natural maturation as the show progressed. For instance, while Yeo Jin started off as a typical, spiteful rival, by the end she was funny, relateable, and had the best love-hate interactions with HTH. I can just imagine the hilarious but ultimately good-natured relationship between the final two couples in their years to come.

Yong Shik, however, probably tops the list of going from least to most mature. He starts off charming but naive and spoiled, then through dedication and interaction with his team becomes a driven, determined man able to match Tae Hee. PSH's hair visually reflected that transformation - it starts out fluffy and almost punk-ish, then steadily smooths out.

I further admire the show for daring to tell a message - that mistakes do not doom you to permanent tragedy and misery but can instead serve as a springboard for growth and new opportunities, provided you're willing to make the first step forward. 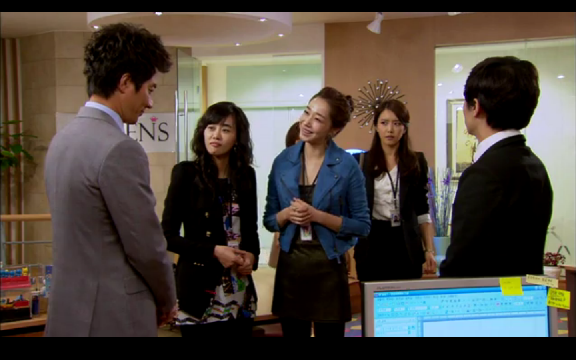 The most common gripe that I share with others is how draggy the first half is. In general, there's too much focus on the workplace details and not enough on our OTP, until around episode 20, which is nearly ridiculous. Of course, there were the occasional, golden scenes with GYS scattered throughout ahead of this, just enough to keep you addicted and wanting to see more. I don't recall terribly minding the workplace shenanigans though, because they were all working towards a specific goal, and again, I actually liked the supporting cast. The drama's final third redeemed itself to me by having loads of brilliant OTP moments, but I probably wouldn't want to rewatch the series anytime soon, unless I had a LOT of time to kill.

I'm still not sure if the writers originally intended for GYS to get the girl, or if that was a sporadic decision made based on fan support. Either way, I'm very satisfied with the way it turned out and wish that more dramas had the courage to break from the mold. Overall, excellent, inspiring drama, and definitely one of the most heart-tugging and genuine ones I've watched in years.

I think PSH totally outperformed JJH and should have earned the Male Top Excellence Award instead of merely the Male Excellence (their awards should have been switched). It probably had to do with timing issues, as he didn't really shine until the latter half, by which point the award decisions were probably already made. And not to mention JJH is a better-known veteran and the show ceremonies are probably rigged, much like Taiwan's Golden Bells.

Oh well, here's to hoping PSH gets the recognition he totally deserves this year from The Princess' Man. And if you still haven't watched QOR, here's me telling you that you absolutely should. Even now it remains one of my fave dramas from the year.