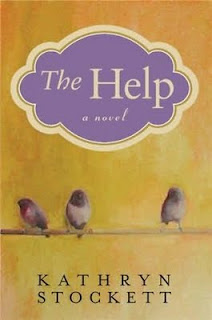 So I saw this last weekend, and frankly was a bit disappointed. Normally I love teary, inspirational stories (Remember the Titans happens to be one of my fave movies ever). But this? There's genuine heart-wrenching movies and then there's stories told for the sake of wrestling a few cheap tears out of the audience. This definitely came across as the latter type. 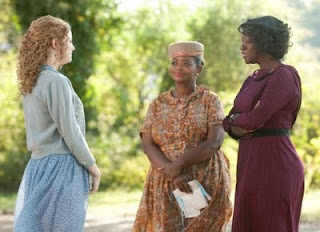 For one, I never connected emotionally on any level with the multiple heroines. Emma Stone's Skeeter has probably the most unfortunate name ever (Rita Skeeter, yes?) and was a bit too goody-two-shoes-righteous to be believable. Minny was funny at first, but quickly got annoying and frankly disgusting after the whole "ate my shit" motif got repeated 11x too many. Lastly, Aibileen had probably the most last-minute-tacked-on ending of them all. It was sad, yes, but you could practically feel the effort put in to end the movie on a sad, hopeful note. Unfortunately, this doesn't fly when the words sound scripted and the situation leading to this is from an obviously secondary addition to the overall plot. Bryce Dallas Howard's Tilly was great though, and I think she was the only actress who really managed to not sound like she was reciting lines the whole time. She was fabulous to hate, and really quite funny.

I haven't read the novel, so maybe it's a bit better than the movie. At any rate, I came in expecting more than I received, and unless this whole white-vs-black Southern 1960s U.S. genre of movies is new to you, don't expect more than two-and-a-half-hours of rather awkwardly stitched together storylines. Maybe the fault lies in the director, as I was never able to get sucked in but drifted instead from motif to motif and small story to small story.

This is also considered a "woman's movie," which I generally find I dislike. Just my input before you go out to watch this.
Email Post
Labels: movies