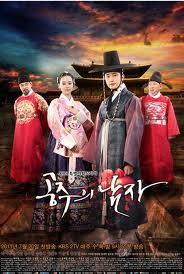 So far I've seen through episode 12 of The Princess' Man, and Park Shi-hoo has again displayed his magic, making it officially 3 for 3 of his recent dramas that has enthralled me completely.

Truthfully, the story is pretty slow and almost forgettable up until episodes 8-9, when all the stakes are kicked up and the drama delivers on its "tragic lovers" premise. Now I can see why it'd be nearly impossible for our heroine and hero to get together. In fact, I see no way out of this mess for them and am really excited to watch the story continue to unfold despite the tragic foreshadowing. 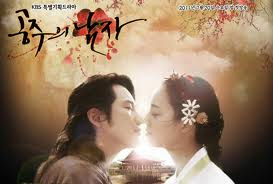 In case you're unaware, the drama takes place in Joseon era Korea. Park Shi Hoo (Kim Seung Yoo) is the son of a man who leads one party in the vying for mentorship over the young king, while Moon Chae Won (Lee Se-ryung) plays the daughter of the evil man leading the other side. Things are actually quite civil between the two parties, up until the Kim side breaks off what was supposed to be an engagement with the Lee side in favor of marrying into the royal family (which luckily for our leads doesn't work out). Unfortunately, the two main characters have already started to know each other under the mistaken belief that they will be married.

The courtship isn't all that remarkable; I wasn't convinced in the beginning of the chemistry between Moon and Park and some scenes are plain cheesy. However, it definitely gets WAY better. The two start to interact more sweetly, the barriers to their relationship surface, and then by episode 9 a whole mountainload of crap gets dumped between them. It's angsty, but in the best way possible (I'm not generally a makjang fan, so I would say this isn't that extreme). I want to stab Lee Se-ryung's dad and wrestle some backbone into that loser little boy called king, but I guess that just shows how invested I am now. 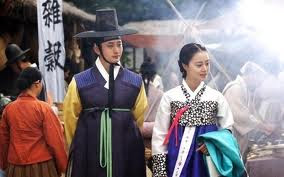 By the end of episode 12, I think we're on the cusp of another reunion between the two, one sure to be filled with more misunderstandings and angry words. But that's partly what makes it fun, and Park Shi-hoo is really delivering the emotional loss his character is suffering from. In fact, the scenes in 10-11 when he's trying to escape death are some of my favorites so far, made even more awesome by his awesome long hair. It'll sound shallow, but once his hair started going into disarray and fell out from its bindings, he really won me over. It just fits perfectly with the turmoiled state of his character and looks incredibly dark and masculine on him. I hope it'll be a while before he puts it up into that scholarly severe bun again.

Moon Chae-won is also doing a great job as one caught in a strife between love and family. Her character is a bit annoyingly helpless at times, but I suppose that's in realistically keeping with Joseon roles for women. It's infuriating, but I hold hope that she'll really develop and start to play a more self-defining role soon.
The drama as a whole is beautifully shot and the music suitably thematic, with some exceptional vocal and instrumental pieces, as you can hear below:
If That Day Comes by 美(미):
Again, Today I Love You by Baek Ji Young:

Seriously though, you have to watch it to see how perfectly integrated the music is to the drama.


Overall, TPM is lovely to look at and listen to, and the acting has been perfect on all fronts (PSH and MCW are stand-outs). Even though it's not the happiest story, it's utterly beautiful and definitely worth it to delve into. I highly recommend! 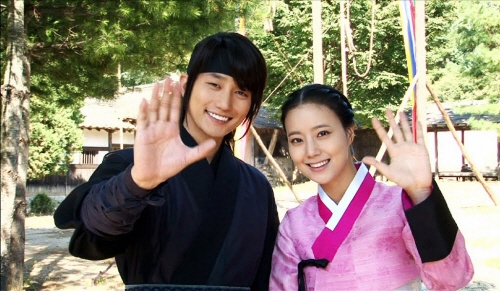