In Time with You: Post-Episode 8 Thoughts 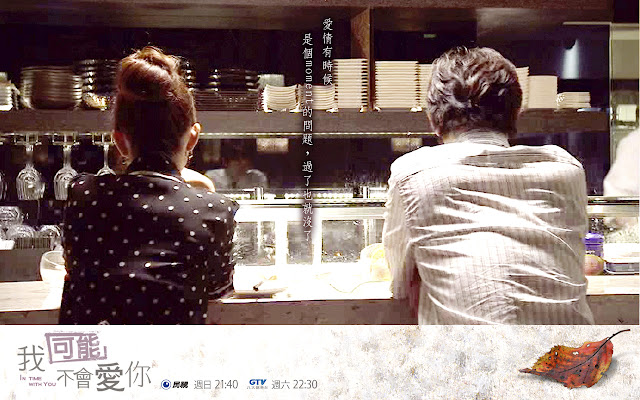 Looking on other blogs, it seems ITWY has inspired two very distinct groups of followers - the one that loves You Qing for how realistic she is, and the one that hates her characterization for its selfishness and inconsistency.

I don't lean particularly strongly towards either, as I can recognize and agree with points from both. However, the past two episodes are definitely pushing me towards the "dislike" group. I can understand and respect much of her behavior up through episodes 5-6. She's upright because she has strong views and secret insecurities, she's obnoxious to Maggie because the latter is a whiny, annoying little 5-year-old who's separating her from her best friend, and she takes advantage of Da Ren's patience and kindness because he allows and even passively encourages her to do so.

I like that her actions often reflect what a normal girl would do. Normal people are unfortunately not naively optimistic or absolutely unselfish as the usual Candy type is shown to be. This is especially true for people as they gain maturity and age, as sometimes the oldest (and most jaded) are the ones to behave in surprisingly petty, obnoxious ways. 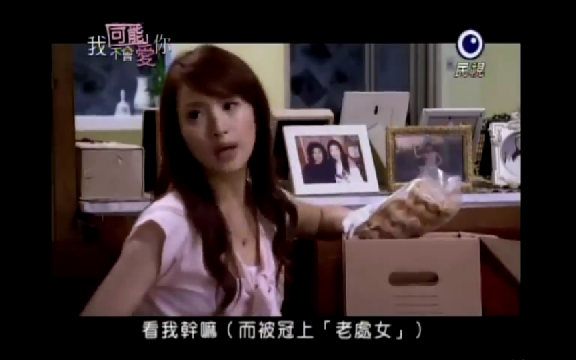 For instance, I think that her dislike of Maggie is completely justified and understandable. I have a number of platonic male friends (it IS possible), and from that perspective can completely understand YQ's frustrations. While I try to be nice when I first meet someone, there have been occasions when I've become rather abrupt to both guys and girls that go overboard in clingy, irritating immaturity. This irritation only grows when I see my close friends dating someone who is very obviously a shallow fling, or who is blatantly not a good match for them. Yes, ideally we shouldn't judge other people's relationships, but when you're close to someone, it becomes nearly impossible not to at least somewhat evaluate the person they choose as a significant other.

Therefore, I can sympathize completely with how YQ feels towards Maggie, a person that even the audience can tell is not right for Da Ren and who additionally acts like a continual ditz. She invites herself as a forceful third party to their meetings from the very beginning (at that Japanese restaurant), which later escalates into the vacation tag-along. Yes, Da Ren should have been more firm in his refusals, but frankly if after four hours of telling her not to go she still shows up at the doorstep in the morning, you start to think maybe the girl's a lost cause. What can one do in the face of such deaf persistence? Da Ren ultimately recognizes her status as his girlfriend and hence bows to her pressure, but for YQ, Maggie is nothing but an unwelcome guest, sticking herself between her and her best friend. I think most of us would agree with this if YQ and DR were platonic same-sex friends, and I see no reason not to just because they are male and female friends. 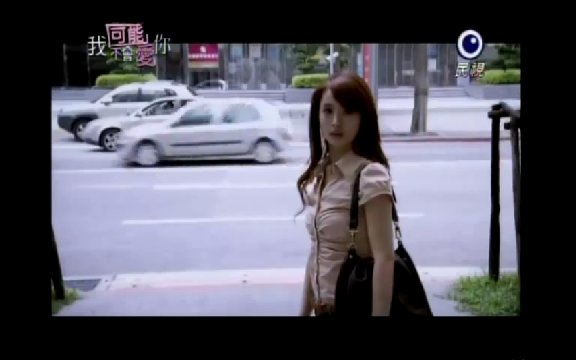 What is starting to push me over towards dislike is You Qing's extreme selfishness, present throughout but becoming highly prevalent in episode 6 and rapidly escalating through episode 8. She doesn't give anyone around her space to express their views unless they essentially force it down her throat by trailing her (as her brother and mom are prone to do), and even then she never listens.

When someone tries to tell her how foolish she's being (as Da Ren attempted regarding DLW) she ignores everything they say and then starts complaining about how they don't understand her, and how they're not being a good friend because they stopped stroking her over-inflated ego by agreeing with her. The post-Li-Wei initial encounter fight in the car is a key demonstration of this. Da Ren tries to reason with how illogical she's being, but she rapidly dismisses his honest critique of her faults and instead pins the blame on him for not patting her head and nodding. Stemming from the selfishness, she's a highly obtuse person. She ignores the obvious, like Da Ren's love or how overly possessive and unsuitable Li Wei is, and gets easily swept up in her own thoughts and issues. She starts talking about herself every time Da Ren tries to confess, or makes up silly rationale for the near-confession things he does. One minute she gives up Li Wei, and the next she's back together with him. She's fickle and easily brought down by her own emotional instability, sounding rational one minute only to turn around and do the opposite with the slightest shift in wind.

Aside from the character's faults, I also have to admit that Ariel is probably one of the reasons You Qing irks me so much. In her past performances, I've observed that she often over-inflates her character's emotions through excessive voice-raising, lots of shrill sobbing, and high-pitched, furious delivery of her lines. I thought it might have been a Xiang Qing thing, but I've seen it in Love Contract, Love or Bread, and now here. She's also reenacting almost the same bitch act from Love Contract, with snappy, "better-than-you" intonations and exaggerated, spoiled-brat prancing about the screen. 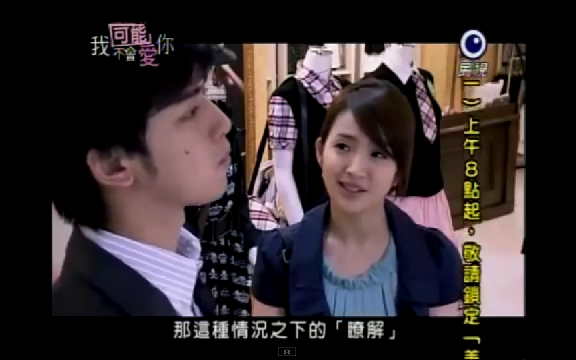 Of course, despite these rantings, there are aspects of her character that I absolutely adore, including her perfect wardrobe and to-die-for shoes. I love how put together she appears in this drama, as mentioned before. And I love that the drama's not afraid to show her repeat outfits, like a true working woman in reality. Ariel does have incredible poise and carries You Qing proudly.

Also, some of my favorite parts have been when YQ shows her maturity. These moments have sadly been few and far between lately, but really made the beginning portions of the drama shine. One such instance was during the unplanned dinner with La La and Henry's ex-ex-girlfriend. Rather than joining the ex-ex in the insults, she begins praising Henry and reassures La La that their relationship is about them, irrespective of what occurred in the past. That was a You Qing that I could respect and empathize with, a woman who can look back on her past fondly and proudly, seeing the good instead of bringing up the bad. Another example was her talk in the rain with Nic, quietly forgiving his betrayal  and providing heartfelt advice. 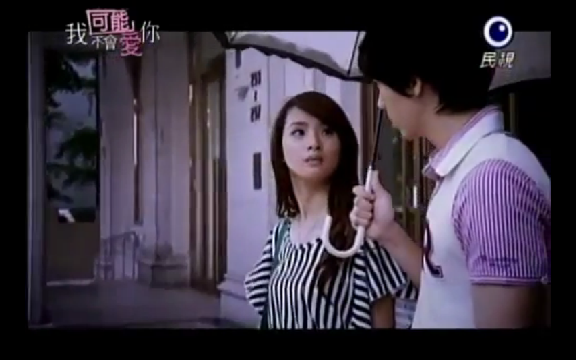 I also really enjoy the beginning and ending messages on aging and being a mature woman. I can see where they might come across as pedantic, but I find them completely relateable and endearing. Messages such as "putting your important things in an important place but then forgetting that place" and "becoming the book rather than the bookmark" are so simple but get right at the issues that people face as they get older. And when Ariel isn't crying or screaming but speaking thoughtfully, she really does justice to the wonderfully insightful lines she's given. It's during those moments that I can appreciate why she's a singer and actress, because she really is able to convey so much through her voice. 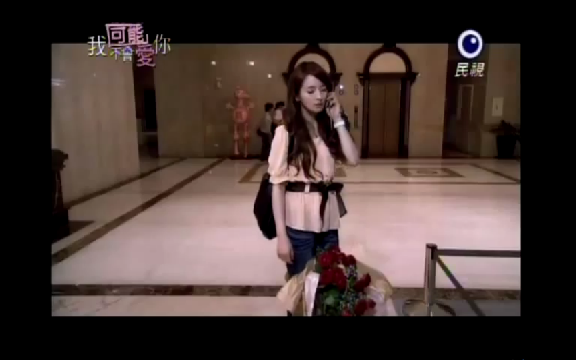 Now moving to the other characters, I must mention that as predicted, I loathe Ding Li Wei. I may be in the minority, but I don't find him the slightest bit appealing. He does have good chemistry with Ariel, but it's not the type of thing that I care to watch. In fact, it makes me a bit sick because his character is such an abrasive, self-centered, over-possessive and demanding jerk. His tattoo is also incredibly off-putting. It reminds me of that body-tattooed man from Red Dragon, which makes me wonder if that was the look the actor was going for. It also seems silly to be a model/actor but have this giant tattoo, because every role you take on is going to have to take that into account. In general, I think he looks like a thin-faced twig, and in my book that's just not attractive.

Yet I'm willing to forgive looks (after all, Bolin's no astounding looker either) for personality. It is here that Li Wei commits his greatest crime. He's like a more-violent male Maggie, mirroring her clinginess, immaturity, and quick-rush-to-the-altar attitude. Of course, he's known You Qing longer so it's not as out of the blue, but it's pretty darn nonsensical when they've been together for all of a couple weeks since the cheating.

Which is the final strike. Cheaters don't make for male lead material. It didn't work for me in I Need Romance and it works even less here. It demonstrates cowardice and a fear of commitment, and the last thing I want to see is a cheater running back and making falsetto claims about how they missed the cheated person. Additionally, pretty much all I've seen with Li Wei and You Qing is gag-worthy sweet talk and physical intimacy, alternating with dramatic arguments. Physical is great, but physical doesn't make a true, marriage-worthy relationship. Nor does sweet talk, which is fake and generally used to hide much larger issues. Their relationship isn't anywhere near marriage-ready, as it's still shallow and extremely light in emotional value. 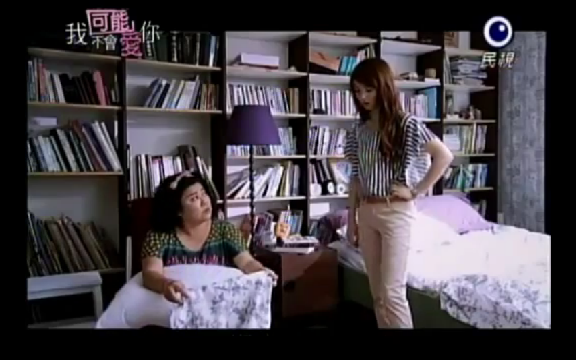 We've all seen the previews, so of course we know You Qing will accept his proposal after her essentially unsubstantiated refusal (Update: I'm proud of her for refusing him in episode 9, but of course we all know that'll last up to the near-airplane-death moment in the previews). I doubt she'll go through with it, but hopefully they don't pull the drama-cliche of having her change her mind on the day of the wedding. Because frankly, I need to see some form of intelligence and self-awareness from her much sooner than the final episode in order to regain any semblance of like for the character. And plus I was under the impression that this drama wasn't meant to be cliche.

I do know that Bolin and Ariel at some point filmed a bed scene (from seeing a BTS youtube clip). Not sure whether that was for their movie Lovesick or for this. I really, really hope it's for this because that means she'll have to change her mind about Li Wei a bit before the very end. And really, who wants to see more Li Wei angst? I'd much rather watch how two long-time friends adjust to and become comfortable as lovers, which I hope they devote at least a couple episodes to.

Please, please don't frustrate me any further, You Qing. Figure out that Da Ren is your soulmate and give up that beanpole boy Li Wei sooner rather than later.

Aside from the frustrating characters, I still remain in awe at the lovely atmosphere and beautiful scenes, owed completely to expert directing. I've noticed that many scenes make use of reflections, both of the characters alone and as a method to interlay them over one another (as Da Ren and You Qing, above). It's similar to the "standing next to her but miles away" type of motif that has repeated often, demonstrating how close the two are. 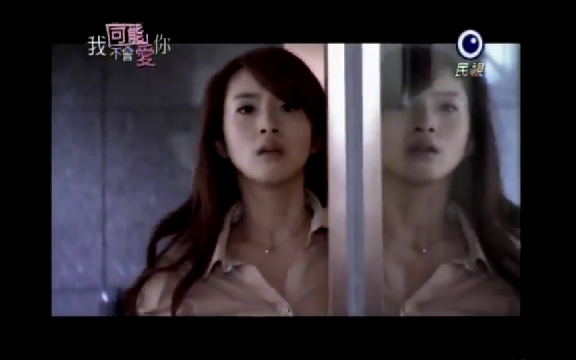 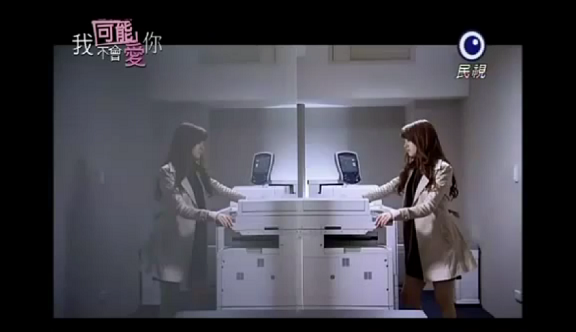 I'd like to hear if any of you have other thoughts, on the drama, the directing, the setting for the scenes, etc. This is one of those shows that inspires great thought and debate and that I feel is better enjoyed through discussion and sharing of interpretations. So comment away!
Email Post
Labels: dramas ITWY Series updates Taiwan