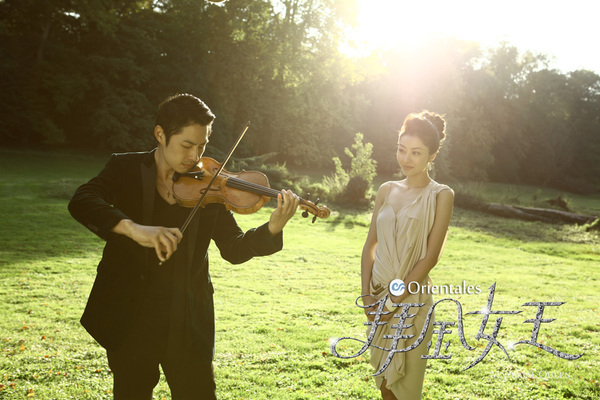 Good god, will this drama ever end???!!! I started writing this review under the impression that it would end at 20 (which is already stretching it). Only, to find out at the end of last week that nope, there would be a 21. And having just finished 21, guess what? Still no ending!!!! Omg kill this story already. It's drowning way beyond repair and to keep it any longer is pure suffering, both for it and for the poor audience members that feel forced to finish it.

Honestly, I've never been so pissed off by an extension before. Don't advertise something as 20 episodes, then out of the blue give us a string of unqualified story-draggers (and detractors) to prolong the angst, pain and stupidity. So, so, soooo idiotic, every controversy plays out as if it had been written by a 10-year-old. Everything is predictable, nothing is original, and characters have no inner depth except for a secret mean streak.

I now hate every single character, not just Cai Jia Hao but also the continually weak, pathetic, good-for-nothing Chu Man who is basically standing around watching as everyone steps on her. What happened to the early fire and cockiness?? Has turning poor robbed you of your pride and ability to act for yourself? Her lines grow more and more insipid and Lynn's acting is just rubbing me the wrong way. She says everything now in a super whiny, boneless tone that I swear wasn't ever so aggravating or noticeable before, not even when Cai Jia Hao first started being a jerkoff.


Alright, so now with the post-episode-21 relief rant over, I will allow you to enjoy the relatively more civil review that I intended to post at the 20-end-mark (which includes my thoughts on the side stories, KEG, Yi Xian, etc.). I no longer have the patience to wait for this thing to drop dead. It's a walking shell of a drama now, and an utter shame to Taiwan. I hope it receives awful reviews and ratings, because frankly it deserves it for sucking out all of my trust in humanity. Has anyone met a more infuriating, self-absorbed, deserving to die bunch of characters??? It's like one jackass after the next marching up and down the screen. I feel like shooting myself for wasting so many hours on this piece of mind-hurting, heart-hitting crap.

Ugh.  What a waste of potential.

Original review:
Note: Pics are from google searches, as I wasn't in the mood to screencap. Many come from Mad Dino's blog which contains full recaps of the episodes. She's got some hilarious photoshopped pics from 21 too!

Despite the greater excitement forcefully injected into the second half, it is infinitely more frustrating. The conflicts begin to feel highly manufactured and repetitive a few episodes in. Essentially, while the first half's OTP conflict was sustained by a multitude of relatively plausible issues such as Chu Man's full-on materialism, the battle between rich and poor residents, and Yin Kai Ming as a great rich man barrier, the second half's conflict rests almost solely on Cai Jia Hao's refusal to believe Chu Man's word.

It takes about 3 bashes in the head before he finally sees that she's a good person who genuinely loves him. After about episode 15, it becomes unclear and purely irrational why he's not with her. He realizes she genuinely loves him, yet refuses to either see reason or forgive her for an incident that happened two years ago. It all becomes petty and nonsensical, because poorly-wrought excuses only work up to a certain point. Seriously worst drama hero ever.


Aside from this frustration, I also found the whole 70-year-old romance weird. I'm fairly open-minded about unusual pairings, but this definitely didn't sit well with me. It was just plain strange, like some country-bumpkin recreation of Hugh Hefner, which is certainly novel but is pretty darn squirm-inducing to watch. Chu Man and KEG had a cute opening relationship as friends, so why spoil it with freaky ideas like being a "boyfriend" or a marriage? Even if they never take it to the physicial level, it's still weird (and you know the audience is going to be perversely wondering just how far they've gone). Also, bald and rubtub KEG is no Hef. I mean really, why not just adopt Chu Man if he wants the companionship? But I guess that way he can't have her role-play as his wife. Sick stuff.

The final conflict involving him was also pretty useless. He essentially went from a slightly pitiful, cute old man to a spiteful, evil rich man. Did he really delude himself into thinking Chu Man was in love with him? Dumbass.

Despite how completely unwelcome this tacked-on issue was, I appreciate the realism that it added. Actions like walking out on a wedding and reneging on a promise do not go unpunished in the real world and should definitely not be overlooked even in drama-fantasy. Everything is not sealed and settled after you kiss, for there will always remain pieces to be picked up and consequences to be dealt with. While I think it was unnecessary in the face of all the other angst, I do think it was an important message to present. 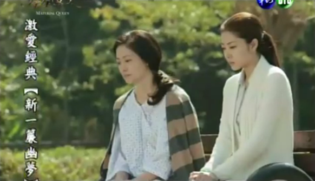 Another plot device that I didn't care for was the quick, meaningless resolution with Chu Man's mom. She was a bitch for most of the series, doing and saying things no decent mother would, and then suddenly she's nice and sweet and pampering her daughter. Maybe because her daughter was suddenly about to be well-off. Why can't Asian dramas recognize that sometimes parents don't love their kids, and that there are such things as selfish parents? This was all so fake and frustrating beyond belief.


The final qualm I had was regarding all the filler time we spend on Yi Xian's side love story with Duncan's character (literally this occupied up to half the time of some episodes). Duncan's cute, but I can't help but think he was so wasted on the bitchy and very uninteresting Yi Xian. I get we were supposed to sympathize with her because she's half deaf and obsessed with a guy she can never have, but frankly her behavior didn't exactly elicit sympathy. She's pathetic and whiny when she moves out, then rather boring through the whole Duncan courtship phase (all she does is smile and say meaningless woe-is-me lines) and then back to bitchy power play when she confronts Chu Man and rubs it into her face that yes, she's the one Jia Hao is engaged to (despite having just run away).

On a cosmetic note, the actress who played Yi Xian had a rather annoying way of speaking (a dull voice paired with an uncertainty in pronouncing her lines) and her hair plus accessories were just too much towards the end. Simplicity is beauty, and she was very obviously trying too hard to look pretty. I think I saw about 30 bangles on her arm during the piano playing scene, plus three necklaces and a sparkly headband.

What's sad is that Yi Xian is the one to actively pursue the truth of Chu Man's past, while Jia Hao hides his head under a rock and mopes. It's not nearly enough to redeem her in my eyes, but it did show me that Jia Hao is quite literally the most poorly created, brainless character in the list.

The final few episodes start to unravel drastically in sense and plot. We have Yi Xian urging Jia Hao to hurry up somewhere, only to take forever talking and acting through a wedding march (crazy). The story also seems to have run out of plot midway, relying way too heavily on flashbacks and recaps to occupy the air time. If the series had run 12 or even 16 episodes, I think it could have improved significantly. Instead, it was far too long, leading to unnecessary plot lines and hugely frustrating characters. It's like the series didn't know when to say enough to the more and more convoluted, painful-to-watch conflicts. Everyone thought 20 was the last one, only to find out NOPE there's one last KEG-becomes-a-dog conflict to watch! FUN! 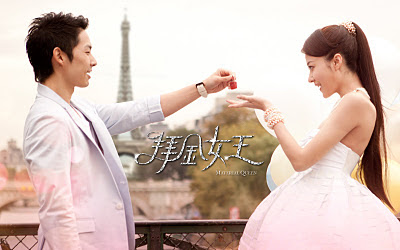 Material Queen was ultimately a great disappointment. It started out so beautifully, got very slow, picked up in the middle, and then ended with a whimper. What sounded like an incredible plot base became convoluted, overly dramatic, and ridiculously unbelievable. Its characters ended up having almost no resonance, because everyone acted like a caricature rather than a flesh and bones human. While our star was good, even she couldn't carry a floundering boat of poor plot or sustain a romantic storyline with such an undeserving male lead. Also, in the end her character became a mere shadow of her herself, submitting to a loveless marriage and a name change (WTF) with such passivity that I wanted to slap her at times.