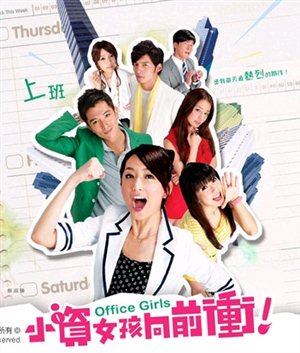 I know this will definitely put me in the minority again on a show, but I'm really not that excited by or impressed with Office Girls. I'll caveat that by stating I've only watched through episode 7, but really, if a drama doesn't get me after 7 hours, I think the odds of it making a 360 are pretty slim.

Why don't I like it? In complete contrast to ITWY, OG is Taiwan's cliches, histrionics, and cheap humor at its most intense. It's so concentrated with all this that rather than being funny, it becomes off-putting and tiring. Everyone, with perhaps the exception of Xing Ren, is overacting and heavily dramatizing every line they're given. Take Stallone, Le Le, and Zi Qi. 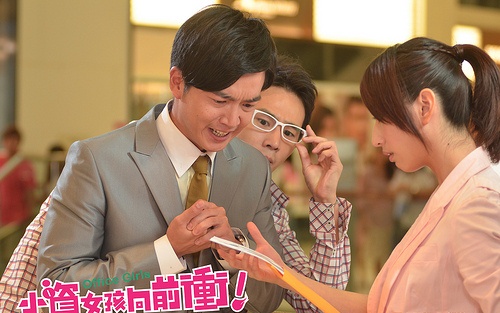 Stallone is written as a caricature, so it's not really his fault, but his shrill, quick-paced delivery paired with exaggerated childish expressions makes him into a fake joke rather than an actual person. I'm not saying I want him to be super serious, but he doesn't need to be spewing every line like it's for a stand-up comedy.

Le Le is channeling a similar type of OTT acting, alternating between meaninglessly mean to sickeningly cutesy to irrationally angry, all with a simpering, pukey sweet voice. She is in fact my least favorite character and I want to stab her every time she starts talking. I'm guessing the actress was selected solely for her appearance, rather than her ability to act or her screen presence. In fact, I hate Le Le so much that I hope to never, ever see whoever plays her in anything public ever again. Extreme, yes. But also uncontrollable, as her face paired with her voice nauseates me. 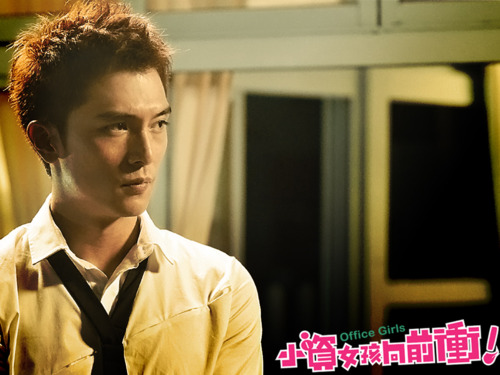 Roy divides me. I actually think he makes Zi Qi wonderfully endearing and sensible. But the problem is that Zi Qi doesn't feel like a male lead to me. He feels every bit as superficial and exaggerated as the rest of the multitude of side characters. Aside from his one fight with his dad, there's been nothing realistic or serious that I've seen yet. And as for the daddy problems, can you say been-there-done-that? Who in a drama doesn't have family problems, especially the male chaebols? He needs something a bit more compelling than that for me to buy into his issues and actually sympathize with him.

He's very good-looking, but lacks that oomph I need in a leading man. If I ran into him in real life, I'd see him as a ridiculous, noisy brat instead of a heart-stopping, romance-inducing man. I love bad boys, but he's only vaguely "bad", and solely in the sense that he's spoiled. In essence, he does nothing for me. 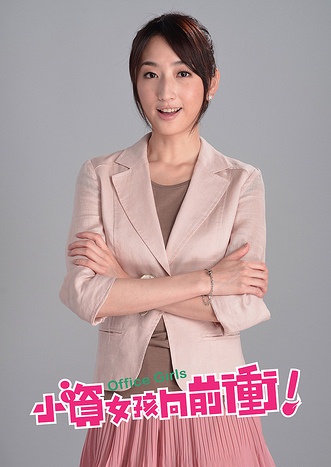 And finally, Xing Ren. She's written as the single realistic, serious puppet in the midst a tumultuous and nonsensical bunch. Unfortunately, they took her to the other extreme and made her so. boring. By creating her as the everywoman, the writers also made her into one of the dullest, least complex heroines I've ever watched. Yes, she saves money. Yes, she wants to buy a house. So do the rest of the 6-7 billion average population in the world. There's no quirk, no charm, nothing that stands out AT ALL. So why would I want to watch her? It's like sitting by a window and watching a person walk by and go about their lives. Only in the latter case, it's real rather than scripted.

I do admire that she's hardworking, but again that's not exactly a unique character trait. Zi Qi at least keeps me awake and amused, even if he leans towards being OTT. Xing Ren however is not funny, not interesting, and very average in every possible way, including appearance and dress (I'm left with not even a cute skirt to ogle at while watching). Which I realize is the whole point of her character, but which I personally find needlessly dull. I have no problems with the actress, who I think is doing a fantastic job keeping Xing Ren relateable and not annoying. I'm just extremely unimpressed with how Xing Ren is written and don't care to devote more hours to watching such a pointless presence dance around my screen. 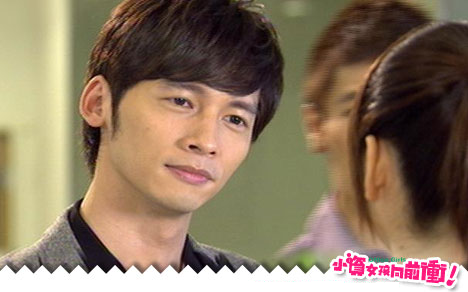 Just like the characters, the plot for OG vacillates between super mundane and almost impossibly overdramatic. Not saying that most dramas don't do this, but these days I'm just not in the mood to watch a bunch of people deal with essentially meaningless issues like taking pictures of wine, setting up booths, etc. The whole story is sustained by making mountains out of molehills, and there's sadly no hidden motifs or meaning to enrich this nutrient-poor plot. I pretty much scoffed in disbelief during that whole early Yu Cheng Feng part where somehow, Xing Ren was luckily his first customer some ten years earlier. Very plausible I'm sure. Good for her, since there's pretty much no other way she would have realistically gotten him to agree to work together.

I've read a few summaries for the later episodes, and they make me yawn. 20 episodes? No thanks. I'm done. If I want brainless fluff, I'll watch Boku to Star. If I want realism, I'll watch ITWY. This muddling middle of realistic-yet-impossible that OG serves up just isn't for me at this stage of my life. I wish I liked it more, as I do find it cute, but the thought of sitting through another 13 hours makes me want to pull my hair out.

For those that are following this, all the best.
Email Post
Labels: dramas Series updates Taiwan