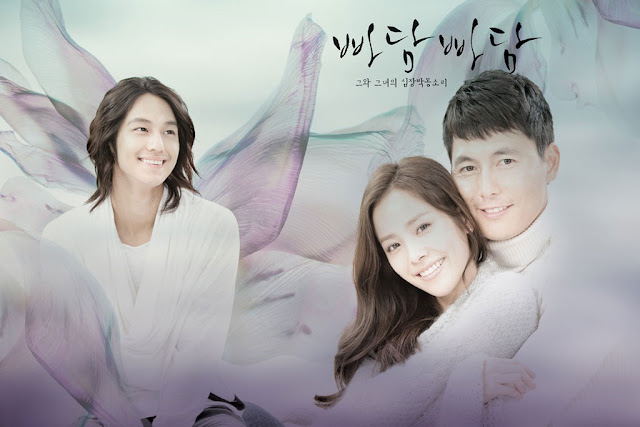 I literally couldn't stop crying while watching this. Jung Woo Sung has gained me as a fan. He's still too much of an ahjusshi for me to love, but his nuanced, mutely tragic performance as Yang Kang Chil is just mesmerizing. I also adored Han Ji Min in Cain and Abel, although she looks so different here that I almost find it hard to believe it's the same actress. While she's a bit stiff, she has terrific chemistry with Jung Woo Sung and looks lovely in all the shots. 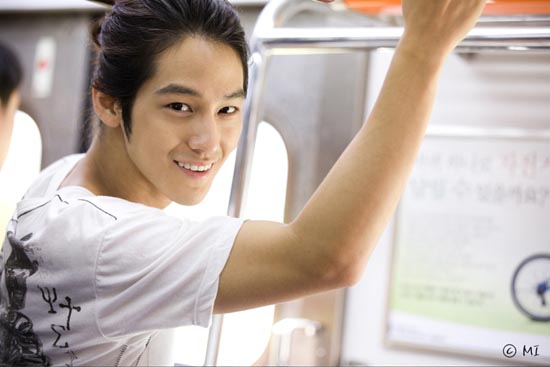 Kim Bum blows me away. How could anyone have changed so much physically in so short a time? His performance is raw and enthralling, one moment light and cheery and the next dark and haunted. He works so well together with JWS, and their hand-holding almost made me squeal out of the cuteness. I'd even say I prefer their bromance to the actual romance with Han. 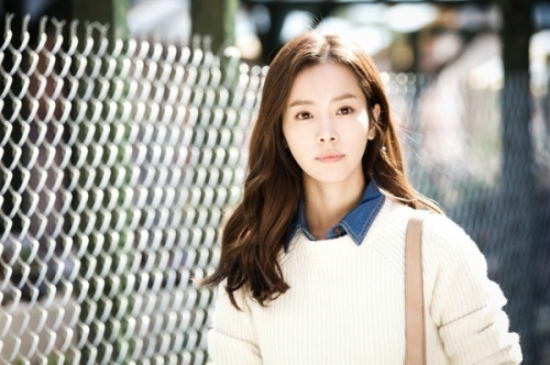 The drama tells the story of a man, Yang Kang Chil, who's pretty much lived the most unfair, miserable existence ever. At 19, he was framed by a classmate for murdering another classmate, and then shipped off to prison for the next 16 years. Now 35, he finds himself clueless as to what the outside world has become in his absence, and both shy and ignorant of how to go about mundane things like dating. Which is of course what HJM's character, Jung Ji Na, is here to help him with.

The first episode actually starts off with his death, but through various miracles, his fate changes. Kim Bum seems to hold the key to everything that's going on, but it's unclear exactly what his "Angel" role entails. Obviously there's something supernatural about him, but he also has a clearly human past, having served 4 years in the same prison as Kang Chil for robbery.

There's a few other story arcs, including a disgruntled mother, cancer, and a suddenly grown son. I'm noticing that liver cancer has become something of a trend in Asian dramas (Queen of Reversals, Material Queen), more popular than other forms of terminal illness. Maybe from the drinking? It always annoys me when they throw it out as a plot device without much meaning (MQ totally did that), but here it works as a tragic climax of sorts for the hero, as well as a necessary method to link him with his family. I'm also fairly certain it'll end happily rather than sadly, as Kang Chil's life has been sad enough and the donor exists. 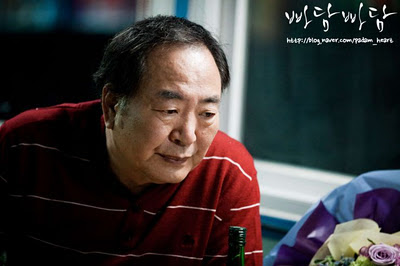 As to the characters I'm predicting I'll hate, one is Ji Na's father, who's the typical angry, controlling parental type. He reminds me a lot of Bong Sun's father in M2F, and I'm not looking forward to seeing the bastard in him surface. As you might expect, Ji Na's family is intimately connected to Kang Chil's past, as their son was the person he was accused of killing. Since the dad seems to be a bigoted, easily angry fool, I'm expecting a lot of violence and frustrating narrow-mindedness from him before the truth emerges.

More of a random note, anyone notice how a lot of older Korean men have HUGE faces? There's no way their heads were that big when they were younger right? Is there something hormonal that's causing their heads to grow as they age? Tragedy, really. 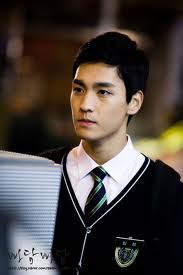 I'm also certain Kang Chil's son is going to continue being a brat, but I also look forward to the potential growth of a strong father-son dynamic. The kid is self-absorbed, but seems to be a good person, and it should be fun to watch their relationship develop. 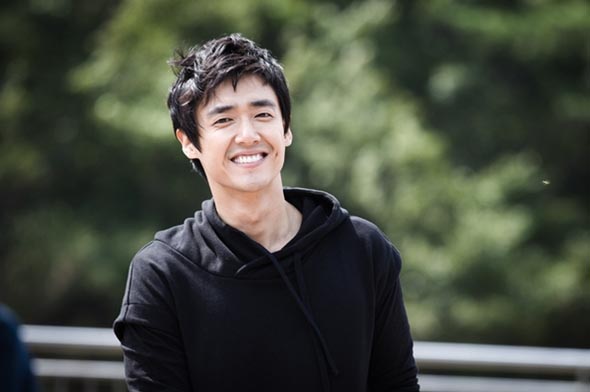 Second lead guy is a forgettable screen presence right now, but I'm sure he'll be a huge cause of angst right alongside Ji Na's dad later on.

I just know there'll be lots of pain and frustration as this drama proceeds, but it's such an ethereal, pretty, original story that I'm going to follow it anyways. The episodes are shorter than the average kdrama, so the story never feels like it's stalling. It skips right along, through the sadness and the depths. I highly recommend watching it if you're craving something deep, meaningful, sad yet hopeful.
Email Post
Labels: dramas Korea