History of the Salaryman: Episodes 1-2 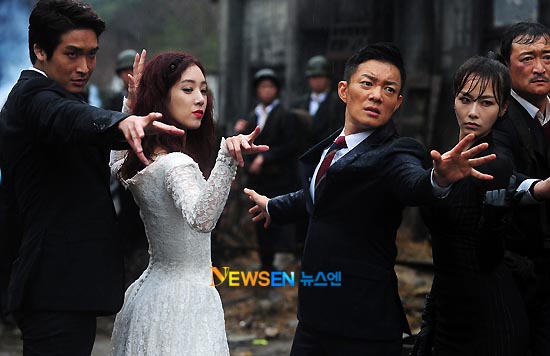 AHAH I haven't laughed this hard at a drama ever. It literally drove me to tears with its ridiculous, farcical comedy. There's some physical humor, but there's also plenty of situational and character-driven hilarity that naturally stems from the plot and people. It doesn't feel like a show that's trying overly hard to be funny (ahem Flower Boy Ramyun Shop), because the drama still manages to maintain a somber tone. The jokes here feel organic despite being undeniably intentional, probably because they're so perfectly tied together to the story and acted out with obvious enthusiasm by the talented cast. 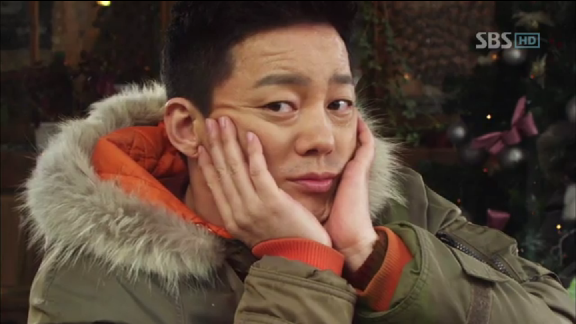 While I never understood Lee Bum Soo's appeal in Giant (he looked way too old and small for Park Jin Hee), his character here is so dorky and outrageous that you can't help but warm up to him. I love that the producers actually play with his unconventional appearance and make it a recognized, joking component of his character. 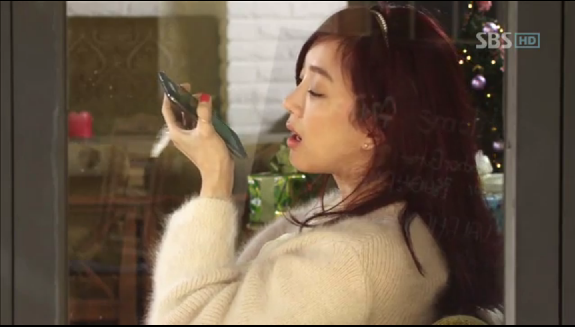 Episode 1 was pretty freaking funny, and I was happy to see that episode 2 was even funnier (ha! the chicken!!). You start off introduced to our lead man, Yoo Bang, a hapless guy dreaming of someday working for a large corporation. He begins by admiring our heroine, Yeo Chi, from afar, idolizing how beautiful she is when in reality she's a total bitch. Just look at the picture below - while he's busy reading a contract, she's being restrained by two cafe workers across the street after throwing her shoes in the air. HAHA this scene is what made me fall in love with the show. 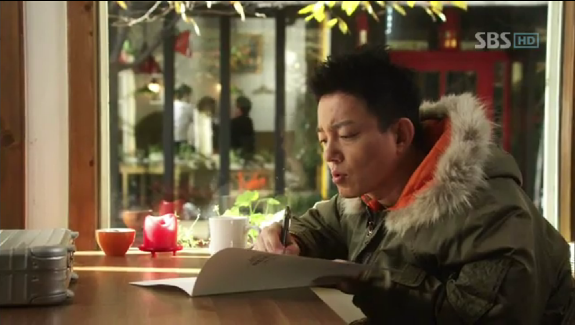 We've also got the two rival CEOs, who go at it like a cross between Jedi knights and children on the golf course. The whole fight sequence is ridiculous, especially once the rival workers for the respective men join in. 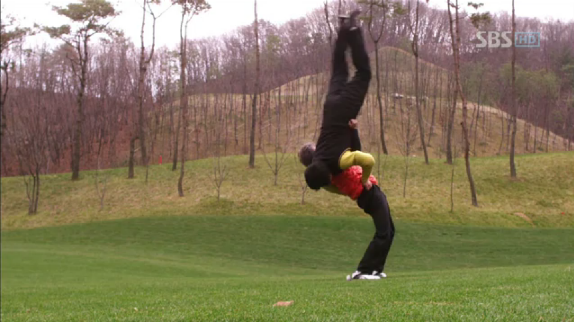 Apparently they're both on the hunt for the secret to anti-aging. The guinea pig for the Chun Ha Company (led by the man in red in the pic above) is a chicken, which he literally has on a cat-bed type pedestal. He smiles and fawns over it every day, cooing over how wonderful it is. His behavior is like a little kid over a pet, and coming from the always-serious dad in Giant, I was in disbelief for a moment at the character discrepancy. 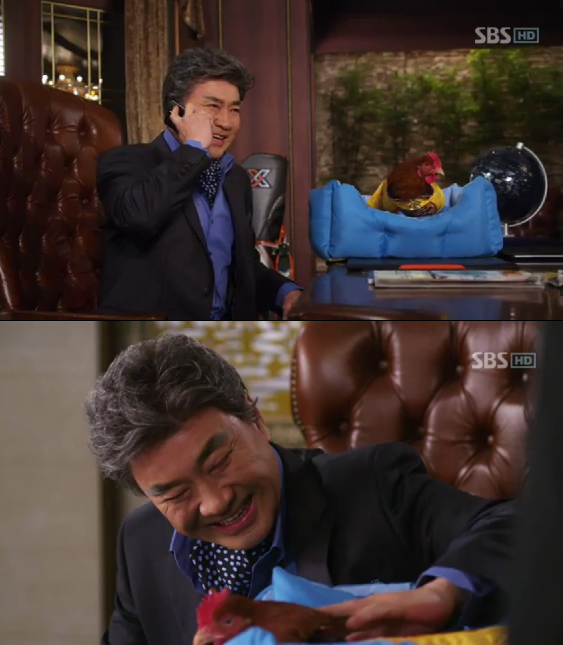 I won't spoil the rest of the humor, as this stuff is definitely better watched than read about. If you're looking for something a bit different from a kdrama, or simply for a few laughs, I highly recommend it.

My hope is that this drama won't become super serious midway through, because the only reason I love it so much now is all the nonsense in it. I did notice the last half of episode 2 was less funny than the first half and more angsty as we learn about our characters' backgrounds. But that's alright, since having a substantive and serious backbone is completely fine. But make sure to keep the funny moments up, producers!
Email Post
Labels: dramas HotS Korea Series updates