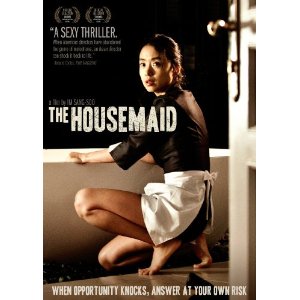 Bemused is the only term that I can match to what I felt after watching this. It's a strange movie, and quite different from what I was expecting in plot and content. Not as much of the crazy or indecent, but instead more of a low-key thriller vibe with a relatively predictable plot. (Spoilers ahead) 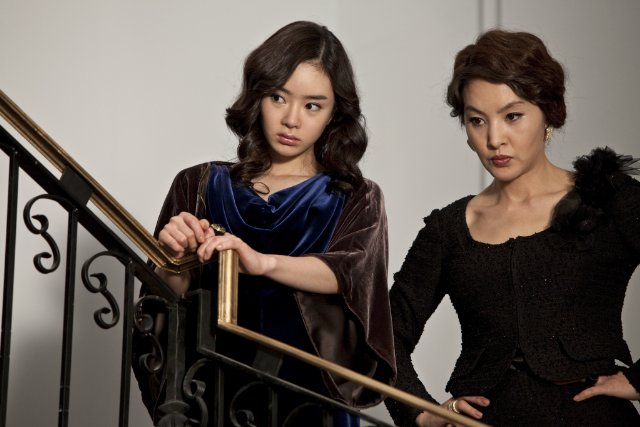 First, I went in thinking the housemaid (Jeon Do-yeon) would be the psycho bitch - but no, actually it's the wife (Seo Woo) and her mother. The general plot is that an innocent, sweet girl comes in to be a housemaid to this wealthy household, serving the pregnant wife. While all goes well at first, during a vacation trip the husband (Lee Jung Jae) makes a sexual request from her that results in an affair. The housemaid then gets pregnant, which psycho wife and her even crazier mother later find out. The two plot to kill her unborn child, which leads to some expected tragedy.

The ending is extremely dramatized and weird. I mean, she goes and hangs herself / lights herself on fire in front of the family, then the next scene is of the family standing outside celebrating the little girl's birthday. I didn't understand the point - so they're showing how that 4-yr-old is now traumatized for life by the view of flaming death? 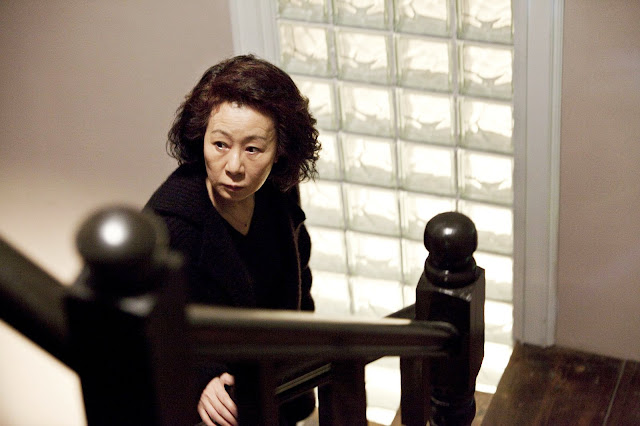 The old lady housemaid (Yun Yeo Jung) was also a strange character. She's the semi-villain the first half, then starts sympathizing with the maid and repents for her actions. There's this weird scene of her having a tantrum while wearing only her undergarments. She's intended as someone who's hugely loyal to the family and her job. It seems she's worked for them most of her life and consequently reports regularly to the wife's mother. 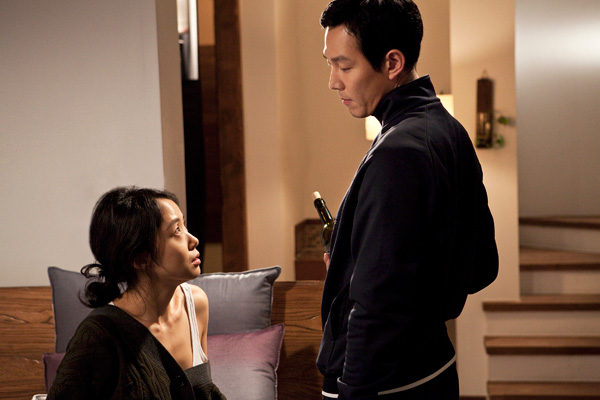 The film wasn't nearly as risque as the previews led on. No nudity beyond the expected nip-slip for the lead girl. Private parts completely covered for both the guy and girl, and some fairly mild sexual content.

I was entertained, but there was nothing particularly special about this. The acting is good but the roles fairly limited and story rather generic for its genre. It felt like a been-there-done-that movie (and not just literally, since it's a remake). I find that Asian movies generally feel pretty slow-paced and quiet compared to their dramas, which is ironic since there's much more limited screen time. I think movie directors tend to lean towards the artsy, cutting down dialogue for expression and motion. It's appealing in theory, but generally not so great in execution. Viewers are made to analyze more on their own, which is good, but sometimes the structure and rationale are so flimsy that it becomes difficult to make sense of things. As happened with this movie.

I haven't yet really found a Korean movie that I'm in love with, despite seeing a number of them. Hello Schoolgirl came close, and was very cute, though again at points unbearably slow.
Email Post
Labels: Korea movies