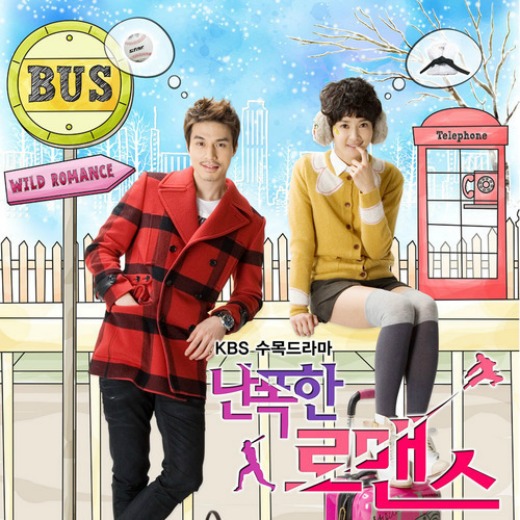 I'm happy I didn't start this until it was almost all the way through. It's the type of series meant to be marathoned rather than watched slowly - meaning that it's easy to forget soon after you watch, but addicting while you're watching. 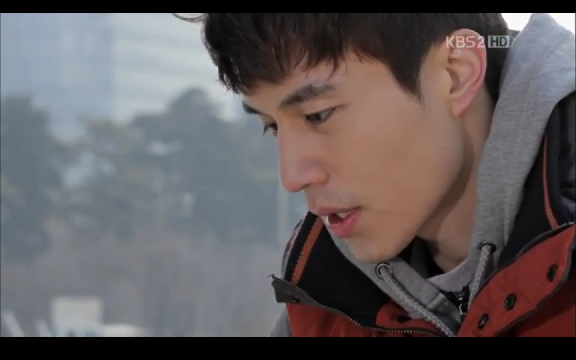 As a whole, I really enjoyed this, as it offers a good mix of humor and cute romance. I adore both Lee Shi Young and Lee Dong Wook now, given the excellent comic yet endearing performances they gave. Strangely, mustaches and short hairdos generally annoy me, but in WR I can actually appreciate them because they fit so well with the characters. Sleazy-looking Dong Wook just had a strange manly appeal, and I was actually sad to see the goatee shaved off around episode 8. 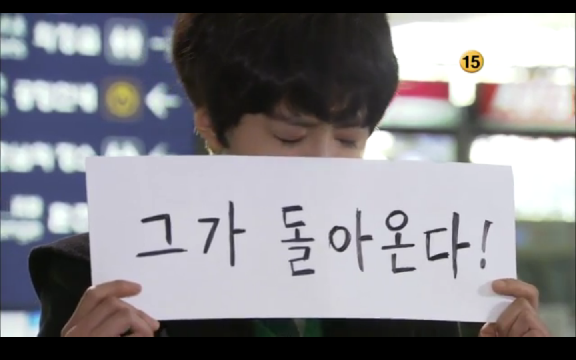 Lee Shi Young has also shown herself to be an incredibly versatile actress. I mean, she goes from super classy and beautiful in Playful Kiss to perfectly klutzy and plain here. And it's believable, not simply due to her hair but because of how she acts and presents herself.

The plot is fairly standard stuff, with a rather intriguing mystery villain that's shockingly dark for a network Asian show. 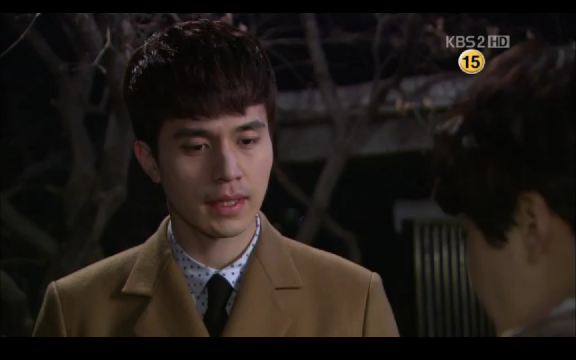 Unfortunately though, the drama doesn't really have much of a hook until around episode 5, when Eun Jae suddenly starts to realize her attraction to Park Mu Yeol. The first few episodes are almost snore-inducingly slow, with the only reprieve being a handful of cute scenes with our OTP. The rest is comprised of resolving a rather forced misunderstanding involving the second pair of the story, Dong Soo and his wife Soo Young, and another involving a beat-up bartender. Such predictable mini-arcs that felt like forced story pieces without much appeal on their own. 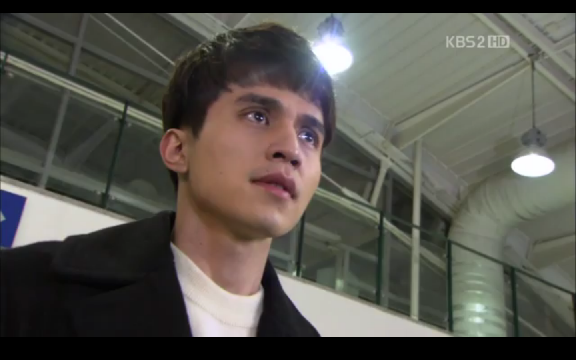 However, from 5 on I was almost glued to the screen, eager to watch the cuteness ignite. It's great that instead of denying and wallowing about her change of heart, Eun Jae was the type to directly act on her feelings, albeit without ever formally acknowledging her thoughts to anyone until episode 8. Mu Yeol was the initial waiting factor, as he is first oblivious and then in denial about his returned sentiments. But it was understandable, because his first love had just returned and with her the baggage of his past. 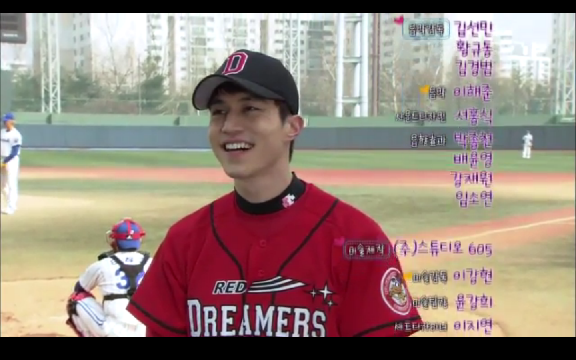 But around episode 12 on, their relationship acknowledgement roles reversed, with Mu Yeol openly accepting his feelings for Eun Jae while she tries avoiding them altogether. It got annoying and was inconsistent with the straightforward, openly affectionate, strong-willed girl of earlier. She continually pushes Mu Yeol away for no understandable reason, and towards the end becomes almost pathetically quiet and wallowy. But their interactions held great chemistry, and the ending made up for the lackluster characterizations. 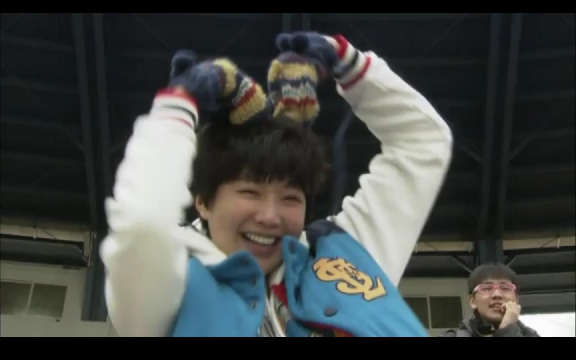 Watching Eun Jae take her role as Park Mu Yeol's girlfriend in concert with her love of the Seagulls (because really, that was the true conflict in this story) was ridiculously cute and sweet. I wish the drama had focused more time on the dynamics of getting her family to accept their baseball archrival as her boyfriend rather than all the misunderstanding crap of later. 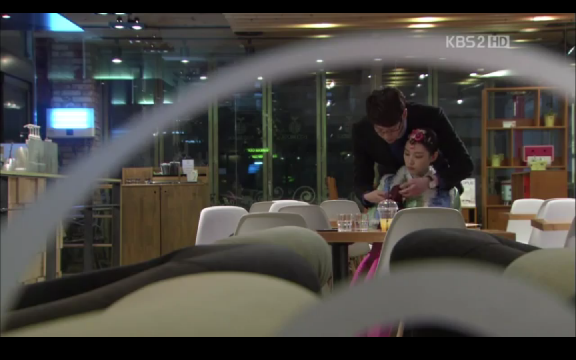 Surprisingly, I also enjoyed watching one of the second pairs - Director Kim and Eun Jae's friend/landlord Dong Ah. Director Kim is just such a hilarious character, and once paired with the straightforward Dong Ah, becomes laughably hilarious. Normally I hate second pairings cause they're boring or forced (and I did hate the other second pair, Dong Woo and his wife, who were seriously the most boring two people to ever take up so much screentime), but Kim and Dong were too cute to not like. 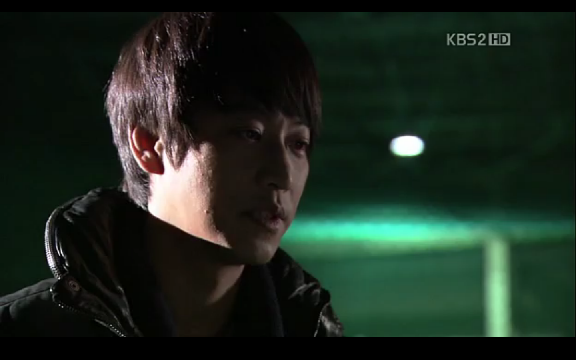 Moving to things that could have been better - Dong Woo and Soo Young, omg I ended up despising both of them for all the valuable minutes they took up and for how freaking crazy, stupid, yet boring they are as characters. Soo Young goes insane for pretty much no valid reason - she's jealous of Jong Hee's ability to paint is my general understanding. The bleeding down the leg part was the only scene she's in where I wasn't falling half-asleep. 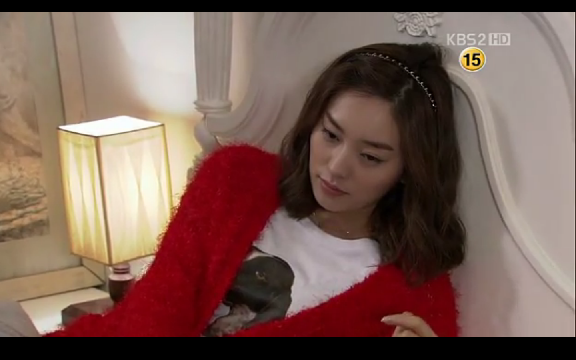 Everything else - the actress has 0 screen charisma. She was interesting in City Hunter, but without the kickass action backdrop she just fades to gray. Even worse was the guy who played her husband Dong Woo. Mediocre looks, mediocre acting, and downright horribly boring goody-goody personality. Until he similarly went crazy and decided on some nonsensical idea to take the blame for his wife. 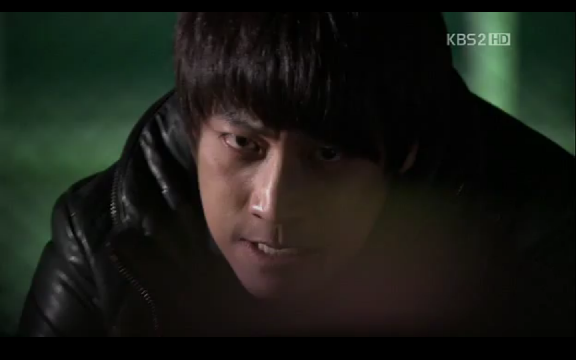 Which I can understand in theory, but ended up hating him for it because he punched Mu Yeol and freaking strangled poor Eun Jae. And basically left everyone else screwed because now the real stalker is clear to do whatever the hell she wants. 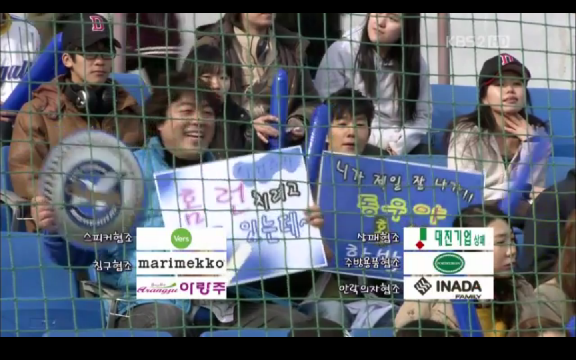 I also wasn't a fan of the father-mother drama dynamic. The idea just doesn't compute with me - I don't believe any couple that splits so disastrously has much hope for a reconciliation. Plus the dad was hideous and the mom a bitch. Luckily not too much screentime was wasted on them, and I was very happy that they didn't force a reconciliation with Eun Jae too. At least the whole "You now have to accept whoever I bring back" Eun Jae tells her dad was genius. Ahha. Now if only they had shown the scene where she reminds him of this vow... 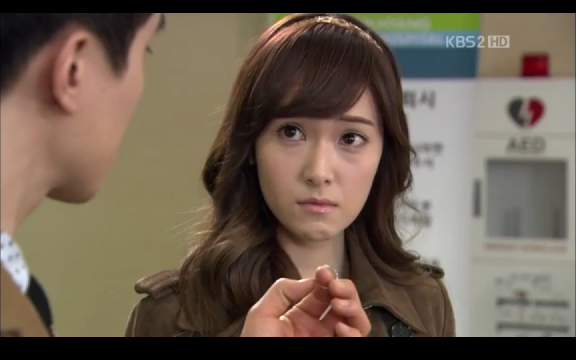 Park Mu Yeol's ex, Jong Hee, played by Jessica, was actually not bad. I guess that's why the idol decided on this particular role as a drama debut - despite being a second lead, she's far from hateful. The only issue is that she was much too young to be playing a past ex for Lee Dong Wook. While he's about 30, Jessica's only 22, and it blatantly showed. Saying they had a relationship 8 years ago or whatever was a bit ridiculous - she already looks barely legal. I was, however, pleasantly surprised by her ability to tear up, albeit in only two occasions. Generally it's near impossible to get idols to realistically shed tears (took Kim Hyun Joon about 20 episodes in BOF), but Jessica managed, which was a relief. 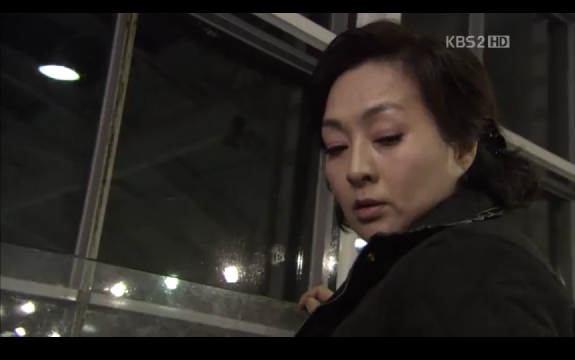 Looking back, it seems almost everyone in this drama was mentally disturbed on some level - except our hero and heroine. I like crazy people, but when the crazies are disrupting our OTP in hurtful ways I get angry. And that was ultimately my biggest qualm with this story. Well, except for the actual stalker, the ahjumma. She ended up being a fascinating character, and I wish the writer had decided to leave everyone else out of the mental asylum and just focused on her. Her motives were totally real too, to the point where I could actually sympathize with her. What woman doesn't fear aging and becoming no more than an "ahjumma" in the eyes of everyone around? I do think the last episode had an editing glitch, as the scene where she reflects on her princess' love fairy tale, witch's love curse line in the jail cell occurs twice. Brilliant line, but no need to be saying it 3x in the same episode. 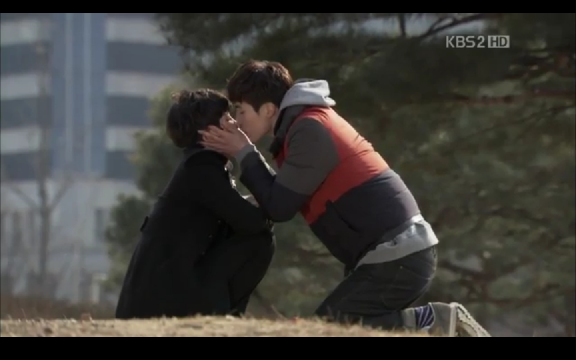 I'm actually really sad this drama is now over. I miss watching Eun Jae and Park Mu Yeol together, and really wish the show had spent more time on showing them actually together without misunderstandings. But that's my general issue with Asian dramas - too much conflict, not enough resolution and happiness. Regardless, I'd recommend this if you haven't already seen it. It's oddly addicting and fun, with a pretty appealing OTP. I hadn't seen Dong Wook in anything since My Girl, and thought this role suited him very well. 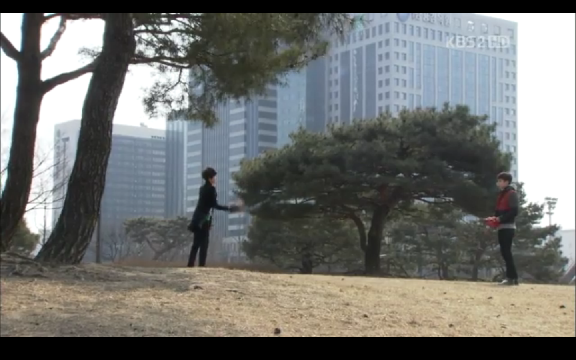