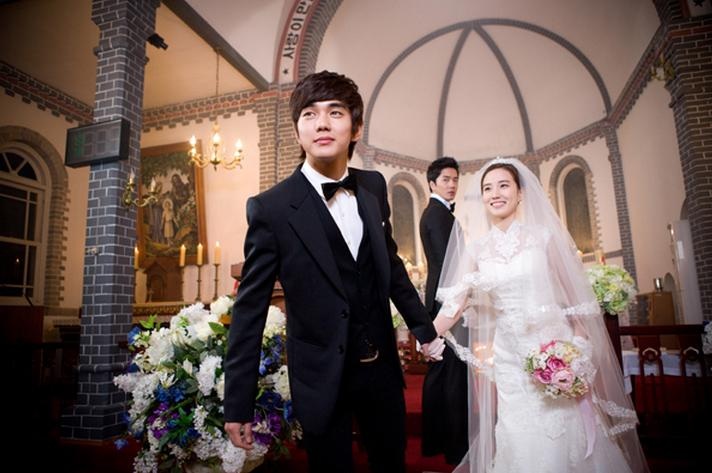 I realize OpPro has ended, but right now I'm still at episode 8 and a bit unsure as to if I should proceed. Part of me wants to know what happens, but another part of me sighs at the idea of another 8 hours of this treadmilling (we all know he won't get the girl til the very end).

This is another one of those brainless cotton candy shows that you have to not think hard about or risk being frustrated by. I was a huge fan of Proposal Daisakusen despite its repetitiveness and frustrating characters, mainly because I was in love with Yamapi. However, the major qualms I had with the J-dorama are only exacerbated here.

For one, the story already felt long with the 11-episode dorama, and is thus ridiculously draggy as a 16-episode kdrama. There's only so much back and forth the hero can do before we as viewers come close to giving up and wanting to smack the girl. Even worse is the filler material, which is multiplied out in the kdrama to fill out the extra time. This includes delving into the frankly boring and annoying second leads - ugly short old man, slutty plump-faced ditz, and dumbass jock-type (with boneless stalker girl). If I wasn't so curious about how the series ended, I certainly wouldn't have sat through all the crap.

Luckily, I like the girl who plays the heroine and the second lead guy. They're attractive, rational people (despite the girl's seriously annoying way of giving up things before they begin). The main guy is also ok, though I never fell for him as I did Yamapi. Here, the second lead and the girl seemed far more OTP-like after a point, considering how unwavering she is to him and how strangely endearing his courtship of her is. I don't really like him, but I could see them together.

Plot is highly predictable, and again, I almost wish I hadn't started this series. It's pretty and cute, but ultimately lacking of any substance or true narrative.
Email Post
Labels: dramas Korea Series updates