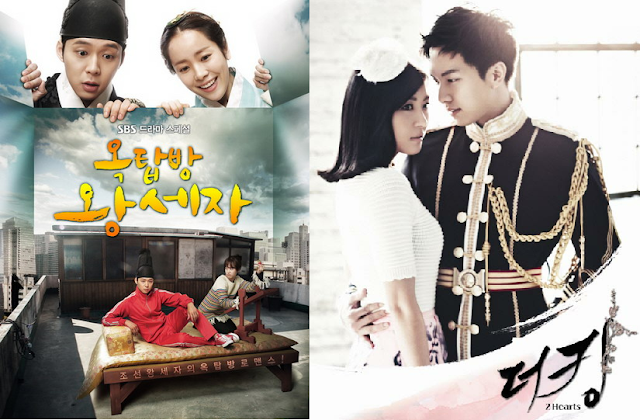 After how good Queen In-hyun's Man turned out to be, I was hoping some of the other currently airing items would be as good. Thus, I turned to the two most recently hyped dramas, Rooftop Prince and The King 2 Hearts. Unfortunately, while both make the attempt, neither are nearly as addicting as QIHM (although I do respect TK2H).

Rooftop Prince, unfortunately, isn't even close to being of the same caliber as QIHM. It's got the similar time-travel premise and more laughs than the latter, but it also lacks a certain grounding and any explosive chemistry between the leads.

Han Ji Min and Yoochun are cute together, but their relationship looks and feels more like the standard kdrama romance-in-a-box. It's fine, but it doesn't stand out and is ultimately forgettable. And while I like Yoochun, he lacks the amazing smile and the character brain of QIH's man, Boong Du. Instead, it's the typical brash male act, which even with the nice antiquated accent is a bit old. 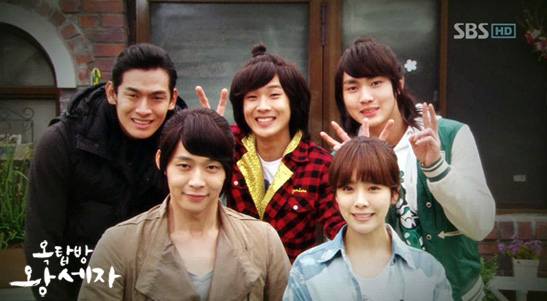 Similarly, I much prefer Yoo Inna's character to Han Ji Min's. The latter is another stereotypical bubbly kdrama heroine, all poor and plucky. She's not annoying per se, but she's not that appealing either. I'm also not entirely sure why I love Yoo's character Hee-Jin, but I just do. She's bubbly on the outside, but something about the portrayal with the humor and brazenness makes her feel more original and fun to watch. Plus, I like that I can't predict Hee Jin's actions - such as the sudden kiss in episode 4, or any of her conversations with Boong Du. With Han Ji Min, it's like counting time until the expected tears come followed by the righteous anger and the bubbly-pep talk.

Rooftop also just feels longer and draggier, since it's episodes are 1 hour versus the shorter cable 45-min runs. I think that's what makes it feels so much more unnecessarily drawn out. Thus, after 6 episodes, I'm calling it quits, even if I am a bit curious about how the mystery is solved. 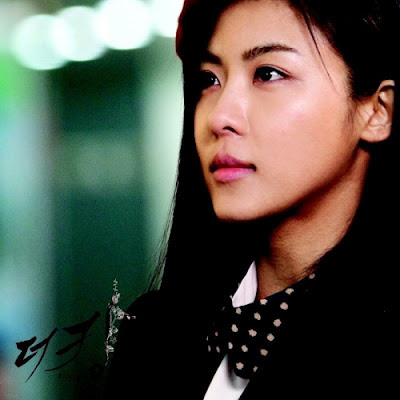 I also started The King 2 Hearts, and even now at episode 16, am not entirely sure how I feel about it. It's definitely a darker, more qualitatively complex drama than anything I've seen in a while, but again I'm not feeling the complete draw. It's something I watch when I have time, and I find myself engaged in each episode, but once it's over I don't think about it, and usually lack much urge to go to the next episode. The soundtrack is incredible though, and I could certainly play that on repeat.

Ha Ji Won looks remarkable for her age (still figuring out her beauty secret!) and also has pretty substantial chemistry with Lee Seung Gi. I haven't liked him before, but I'll admit he's quite a talented actor now. His scenes are gripping, and he definitely cuts a dashing figure in the tailored suits and royal garments. The two of them look great together, but of course it's not nearly the same level of intensity as QIHM. I get the sense that theirs is a relationship of mutual respect and love, but not necessarily inexplicable passion. 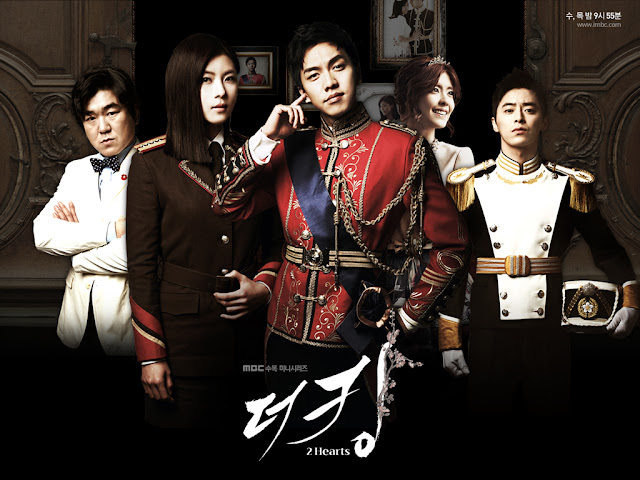 A major reason why I'm not terribly addicted probably has to do with the inconsistent plot. At times it's brilliant, and then at other times it makes me wince at the cheesiness. The horrible English dialog and bad acting in the WOC episodes had me groaning and wondering the whole time where they'd found all those white people. Some of the romance was pretty darn cheesy too, and amazingly watered down for the content (I had no idea they'd actually slept together, since not even a kiss was shown).

I actually like the villain, John Mayer. He's smartly written as a pure evil maniac who's not afraid of torture and not tied down to uncertain morality. He knows where he stands and he acts accordingly, which I respect. He's also weirdly funny, and despite his terrible looks, I find him endearing.

I'm also shocked by how well the second-pair is written out. When the first signs of the pairing came out during their initial meeting, I wasn't very happy. But add paralysis and politics, and suddenly these two have come to overshadow our main pairing. I adore Jae Shin, even if there were points where I wanted to hit her. I'm interested to see how exactly they'll make it work, given the physical challenges.

A solid drama to at least check-out, and interesting in its depiction of North Korea (which makes me curious on how the other nation regards all this). I think I'll at least finish this drama while waiting for newly subbed updates to QIHM.
Email Post
Labels: dramas Korea Series updates