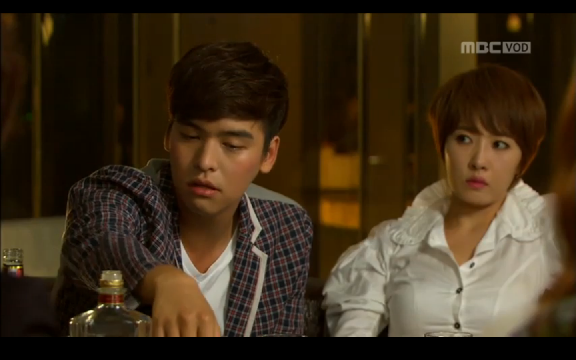 Episode 6 was where it clicked. I officially LOVE IDID, and it's inched above Big to be my most anticipated watch of the week. Prior to 6, I wasn't as excited for this show because our leads' chemistry was tepid, the plot rather mechanized, and there was no line of dramatic tension except waiting for the big reveal. However, both during and post-6, I started to adore Tae Kang, and we all know how great a drama becomes when we love the leading man and his budding relationship with a realistic and strong heroine. 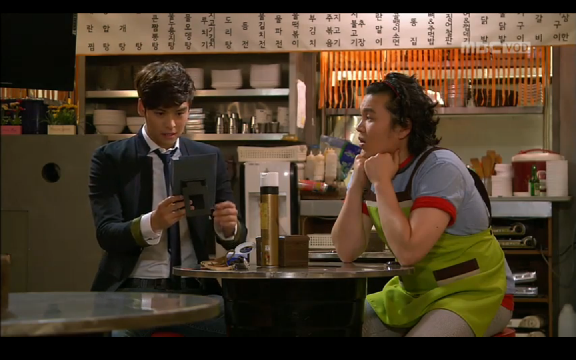 In 6, we finally get the repercussions of the reveal on the men, as well as the burgeoning signs of genuine compatibility and sweetness between Ji An and Tae Kang. I did like the doctor, Eun Sung, before, but now I'm solely on the Tae Kang ship. I mean, how can you resist an adorably immature but sweet guy who despite all his forced nonchalance is clearly interested in his older ladyboss? The age gap is large, but I have no problems with it, and in fact admire the story for daring to go there. The primping to go meet her at the end of ep 6 is what finally got me. Super cute! 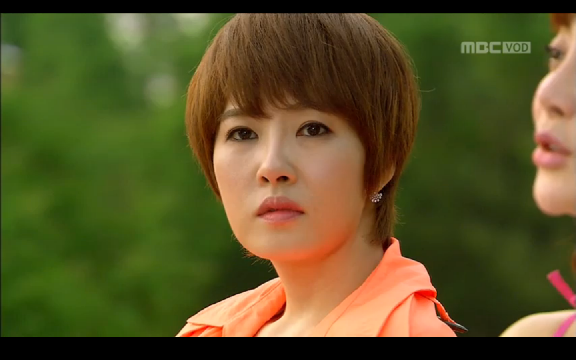 I also have to say I am a huge fan of Kim Sun ah now. Gone is the shrill, immature ladies of her previous roles, and replaced with a fierce, capable and completely relateable woman. I love Ji An's calm collectedness and hidden vulnerabilities, and I like that she's withdrawn without being dull and never silly. She's also got clear insight into what she wants, which I wholeheartedly admire. I might even go back to watch Scent of a Woman now. 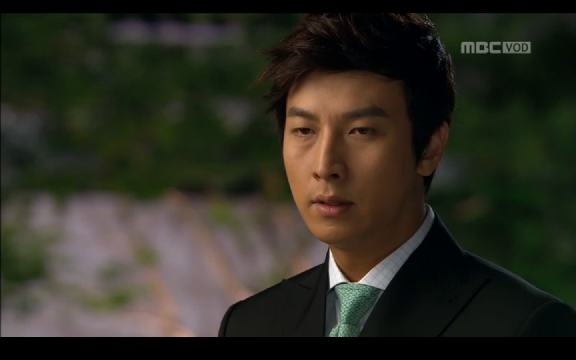 The second leads are actually tolerable so far. Eun Sung was sweet, although I think we're seeing the beginnings of possessiveness and emo-mopyness. I don't have any desire to see him with Ji An, because frankly the two are horribly boring together. But so far he hasn't done anything hugely annoying (except for that last 10 second in ep. 8 when he interrupts a critical conversation). I really hope they don't make him into the annoying nice guy who keeps butting in. 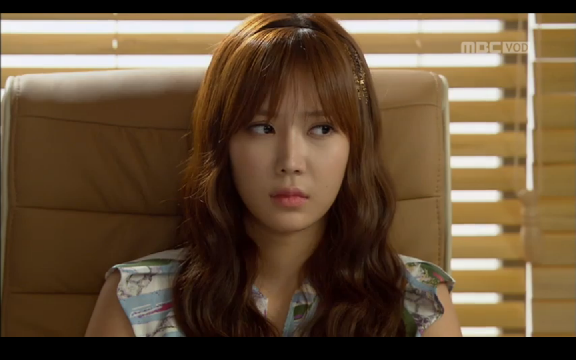 Na Ri is annoying, but I think we all understand she's got her issues, and I'm willing to overlook them. Her "romantic" scenes with Tae Kang are a bit forced (shouting, really?), so I'll choose to ignore them. Prior to 6 I probably wouldn't even have minded them together, but now I'm so invested in Ji An and Tae Kang that I want everyone else to stick their noses out. Luckily, she seems less interfering than Eun Sung for now. 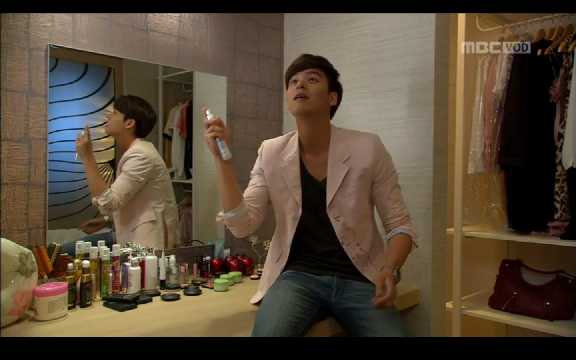 My favorite scene so far? There's a few that are tied, so far all involving Tae Kang. First is the whole shy-girl protestations (complete with hand-face-cupping) when Eun Sung asked if he's in love with the person he's waiting for and then the scene where he sprays Medusa's perfume all over himself. It's so ridiculous but also so cute, and I think the pink blazer is an added nice touch. The actor is being supremely over the top with this character, but I've transitioned from finding him shrill to instead finding him adorable. It's a nice contrast from the usual drama stories, because here the girl acts incredibly masculine while the guy is goofily girly. It's a spin on characterizations that just works here, and is so satisfying to watch.

I just want to see him finally get confirmation on the baby being his, because we all know he's such a sweetheart. So sad that this series is already half over, but can't wait to see the developments ahead!
Email Post
Labels: dramas I do I do Korea Series updates