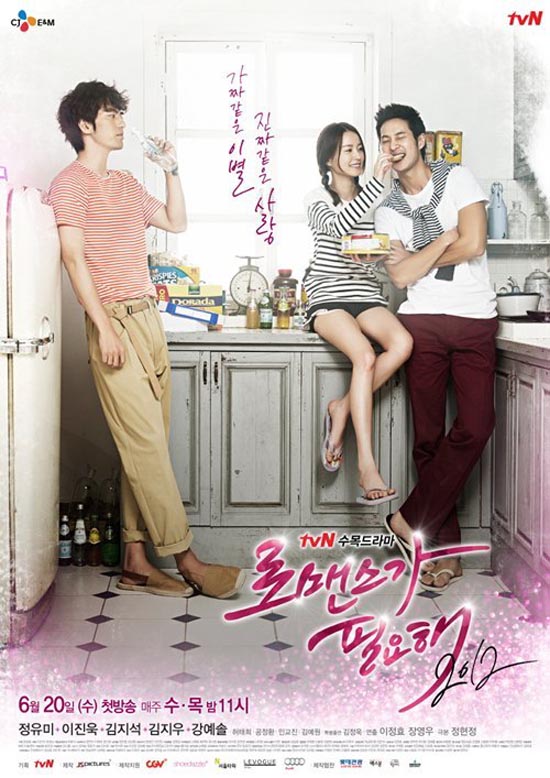 I was pretty excited about this show, because even though I never finished the first INR, I liked its fast-paced and mature storytelling. The only problem there was that I never once sympathized with the main couple and jumped ship the moment I learned about the ending. I was hoping Jung Yumi would bring a more mature and candid portrayal to the lead role, but unfortunately am not impressed after the first episode.

If anything, the heroine here is even more lacking in maturity than her previous incarnation. She's shrill, doesn't know when to shut up, and is a partial amnesiac on the point of her love life. I think the show has 30 confused with 70 here, because even the most promiscuous of girls can probably at least recognize the people they've kissed. And what makes this even more nonsensical is that she isn't supposed to be a slut by any means, and has probably kissed a mere handful of men in her life. Yet she doesn't remember...?

There was also this disappointing moment when I thought Jung Gyu Woon was going to be the second lead. But nope, turns out he's in for a cameo role. Regardless though, I like the actual second lead (Kim Ji Seok), at least from his few minutes at the end of the episode. He's cute, smart, and has a potent chemistry with Jung Yumi that's rather lacking with the "first love" man (Lee Jin Wook). 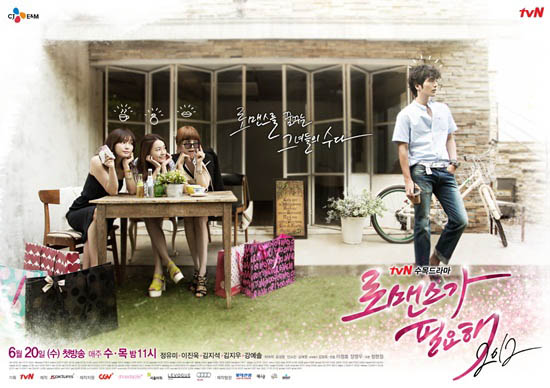 However, knowing how the first INR ended, I'm not feeling too hopeful about the new love plot (especially since curly-head is the only guy on most posters). My general prediction is that she's going to get close to this second guy, only to again dump him in favor of the first love. Which doesn't compute with me, probably because I've never met anyone in reality so hung up on their first kiss.

They're apparently aiming for a Big-Carrie dynamic, with the 5-breakups and makeups, but that's a storyline that's already been done to death, and much better done in other stories. And was anyone else bothered by having the 40-year-old-ish actors dress up like high schoolers? A few scenes may have been alright, but an extended history of high school followed by college didn't work for me.

The two friends are also pretty bland presences so far. Apparently they're both already in committed relationships, so we can eagerly await the expected relationship fallouts (bleh). Neither of them are all that appealing right now, as their lines read like slickly oiled trying-to-be-witty copouts. Plus, it's hard to know them when Jung Yumi is talking up a storm in every scene. It got to the point where both her face and voice were annoying me AND IT'S ONLY EPISODE 1. I hope this is merely a consequence of having to set-up her background and that she'll tone herself down later.

So far, not a very promising start to the series, but I'll give it another episode or two thanks to our cutie second lead before I make a final verdict. I can already predict that I'll be on the alterna-ship though, if the "main" guy has nothing to offer but that awful perm.
Email Post
Labels: dramas Korea Series updates