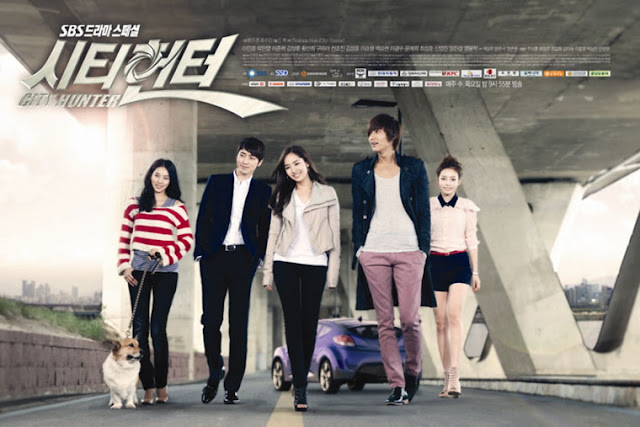 I did a quick review of City Hunter during my end of year post, but wanted to take a deeper dive into the show now that Lee Min Ho is back in a new drama. I took the time to rewatch much of CH recently, and found myself surprisingly engaged, at least for the first half. While I condescended about the parental flashback portion in episode 1 previously, this time I forced myself to buckle down and watch it without the fast forward. And surprisingly, I enjoyed it and have a far greater appreciation for Jin Pyo’s character as a result. 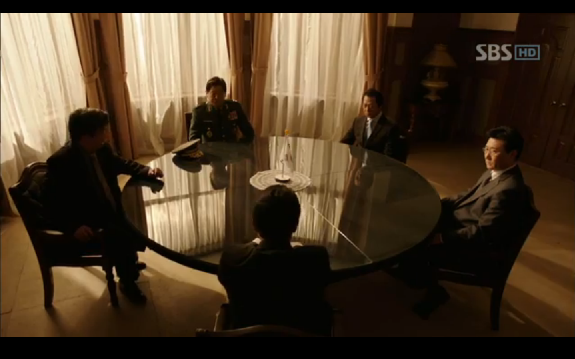 I still think it’s ridiculous that they used the same actors to play their 30-year younger counterparts, with no change except a crappy black hair dye, because frankly if they looked like that back in 1983, they should be teetering around in nursing homes by the time the show really starts. I also find it strange that Jin Pyo would have the patience to wait 28 years before starting his revenge cycle. I get he wanted to use Yoon Sung, but it couldn’t have been that hard to bypass the whole MIT background and send Yoon Sung over at least a decade earlier.

It gives Yoon Sung less bragging rights (and a lesser connection to Kim Nana), but I didn’t really see the need for him to even be in the Blue House (especially considering how far-fetched it felt that he got in so easily anyways). There are ways to spread messages about people without hacking into databases, especially given the lack of technology a decade ago. E.g., newspapers, TV, which I think would’ve been easily within Yoon Sung’s prowess. 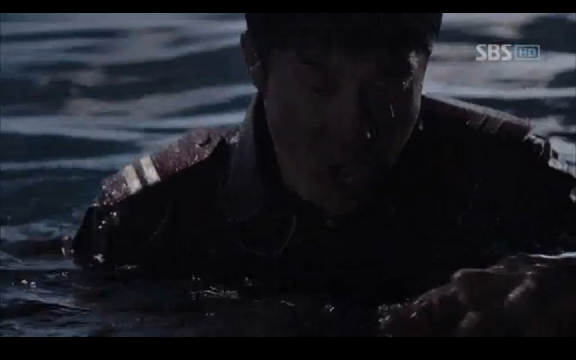 By waiting so long, Jin Pyo would’ve run the risk of something else taking down his targets earlier – old age. They had to have been in their 30s-40s in 1980, given their positions of power then (and appearances, if we’re being real). This means by the time the story begins, they should rightly be in their 60s-70s, not in what appears to be their 40s-50s. It’s an overlooked issue, but really took away a large part of the realism to the whole revenge scheme. 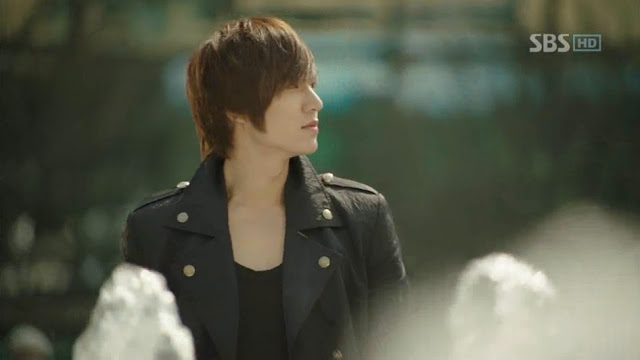 In terms of the actual storyline, I think the first half is much stronger than the second. We get a good mix of action, development, and romantic buildup without the stalling, makjang pieces of the second half (which slowed the story nearly to a stall).

My main annoyance with the first half is how irritating Nana gets to be at times. I’ve continually struggled to like her, and even though I was better able to sympathize with her angry moments upon rewatch, they still got weary and repetitive. The constant lecturing, the high-horse moral stances, and the feigned naivety just dried out her character to the point where I really couldn’t comprehend why Yoon Sung would go for her. When I watched their scenes, it always seemed like he liked her solely because he had her picture for so many years, but not for anything more substantial. 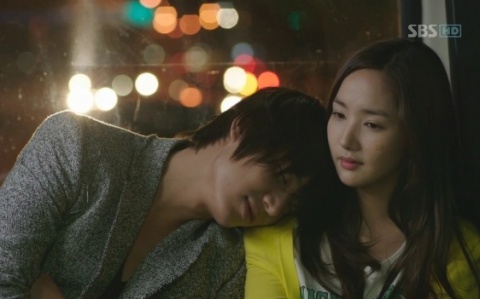 Not to mention, the entire conceit behind their pairing was dull – two gorgeous people, both who work in the Blue House, and both with family issues. There’s no conflict to them getting together, aside from Yoon Sung’s forced nobility act in trying to hide his identity. Once that goes down the drain in episode 11, we’re left with zero tension and pure fluff, which I might have enjoyed more had I liked the characters better individually and together. Unfortunately I didn’t, and found the romantic banter supremely boring to sit through. 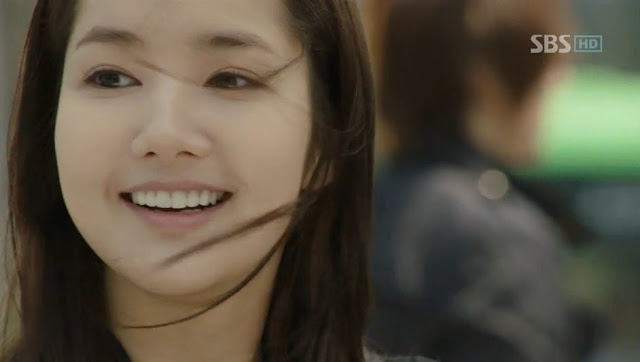 Park Min Young’s performance also contributed a great deal to my aversion for Nana, because it often felt as though she were acting pretty rather than acting in character. You can almost see how aware she is of her appearance in all her scenes, from the angle she holds her face to each carefully measured expression. The high-toned speaking and “smiling tears” for instance. It took the realism out from her bodyguard position, and we had one too many scenes of her flipping some guy while in a miniskirt. I’m not prejudiced against her as an actress, as I quite liked her in I am Sam and even in Dr. Jin, but that’s primarily because in those she was less just a pretty face and more emotive/human. 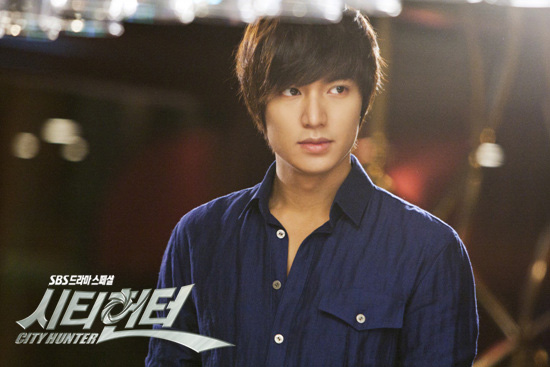 As for Lee Min Ho, he was understated but effective. Yoon Sung unfortunately lacks the charm of Gu Jun Pyo, but makes up for it with suave intelligence and perfectly coordinated stunt moves. Yet, I never got into his character, probably because of the same high morality that made me against Nana. You couldn’t find two more cookie cutter goody-two-shoes, and it took away a lot of the potential fun because they were always going to do the right thing, even when they tried to temporarily do the wrong thing (e.g., not save the prosecutor's dad but then turning right around). So morally righteous it's tiring. 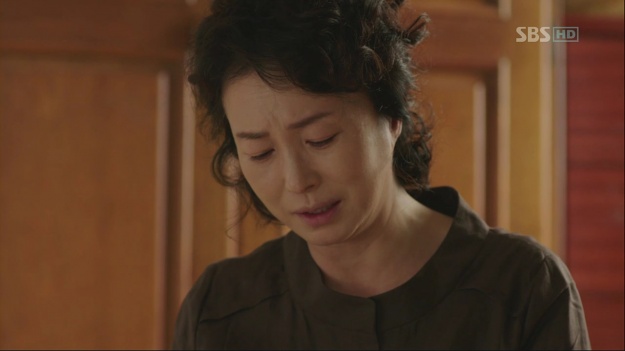 This might also sound cold, but the most annoying character for me wasn’t the villains or Nana, but Yoon Sung’s mom. Wow was she a pathetic example for all female-kind. Much of my apathy for her had to do with the premise. I simply don’t buy that “divine” mother-son connection. By the drama’s timeline, she had the boy for all of one month after birth. Yes, it must have been shocking to have him ripped away, but I don’t think it’s enough to warrant 28-years of miserly self-deprecation. 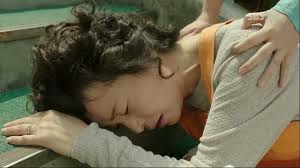 I mean, it’s not like she couldn’t have another child and or try to at least do something about it! If she really couldn’t move on, then instead of crying and waiting around for three decades, why not chase after Jin Pyo? Why not actively search for your son? Call the authorities at least! Instead, the drama essentially tells us that she just passively sat around and didn’t do shit, for no comprehensible reason (it’s not like she was trying to protect Jin Pyo). I’m sorry, but I find it demeaning to all women whenever I see these pathetic, spineless examples of “loving moms” in dramas. The leukemia and affair plotlines didn’t help her case either.

And I find her sudden love for her son a bit fake and horribly overdone when they finally meet. The hand-holding, the sleeping in the same bed while staring into each other’s eyes – that stuff weirded me out. Maybe I’ve been too embedded in the world of incest that HBO has gone into recently, but my mind kept swaying to those themes. You can’t be an ahjumma and one day find a guy that looks like Lee Min Ho and not feel a bit attracted. 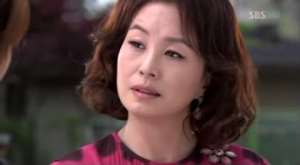 Plus, I’ll always remember that actress for her bitch act in Shining Inheritance, and had trouble taking her seriously here because it was too obvious that she was simply acting good. I liked her bitch mom in SI a lot better for her colorfulness and grip with reality. 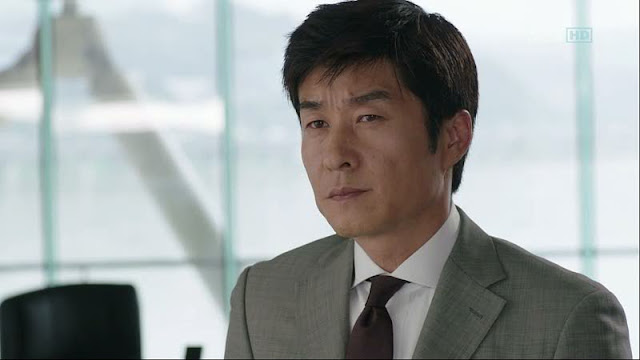 Jin Pyo is my favorite character, because unlike the wussies he was surrounded by, he was willing to do what it took, even if it involved being bad in reaching his goals. He felt the most real to me, and his subtle love for Yoon Sung was amazing to watch. Love!!! 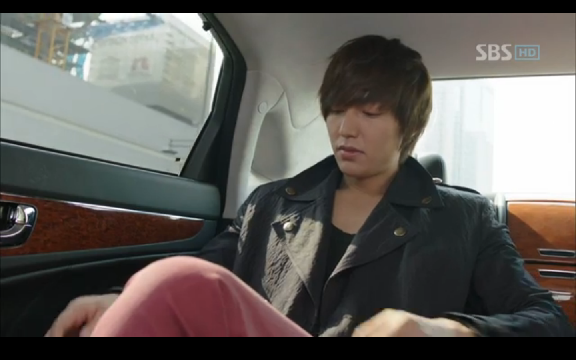 I do love the directorial flair to this show, as expected from the awesome PD who did Prosecutor Princess. The framing of every scene is thoughtful and sexy, and I think the overall success of the show is far more heavily owed to the PD than the writer, as the story itself is fairly generic. I'm really excited for whatever this PD chooses to do next.

All in all, not really worth a rewatch, but a good show to see once if you haven't yet. I have to say I love LMH much better in Faith already, and this was merely a way to stall time until episode 5 of the latter.
Email Post
Labels: Korea Lee Min Ho Series review