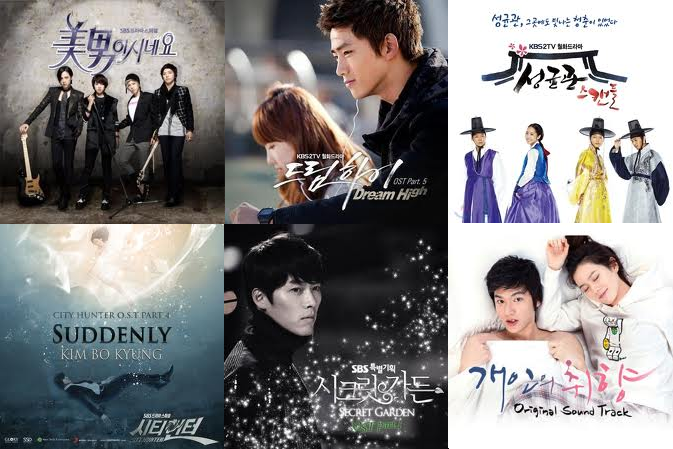 Aside from good acting and plot, we all know that music can make or break a show. Unappealing tracks can destroy an otherwise decent drama, while lovely, mood-appropriate pieces can make even the most dull of scenes fun or heartbreaking.

I realized while compiling this that I've watched a scary number of dramas :). Originally I had all of my drama favorites in here, but as it turned out far longer than expected, I'm splitting into separate posts by country, starting with Korea. Unlike with Taiwan/Japan, Korea has differed in that while I've adored many of their oldie dramas, I've only more recently started getting into the music.

This is a fairly exhaustive list of drama songs that I loved both while watching and long afterwards. Ranking is roughly in order of how much I like the songs (although I love all of them). Unfortunately blogger doesn't allow embedded music yet, so I've put up the youtube vids, plus some download links where applicable.

Have fun looking through!

It Has To Be You by Yesung
Drama: Cinderella's Sister

Remix (the one used in the drama)


Dreaming by Beast (download here)
Drama: Me Too, Flower

Without Words by Jang Geun Seuk
Drama: You're Beautiful

Because I'm Stupid by SS501


Perfect Your Love by M to M
Drama: Dr. Champ