To the Beautiful You: Episodes 1-2 Thoughts 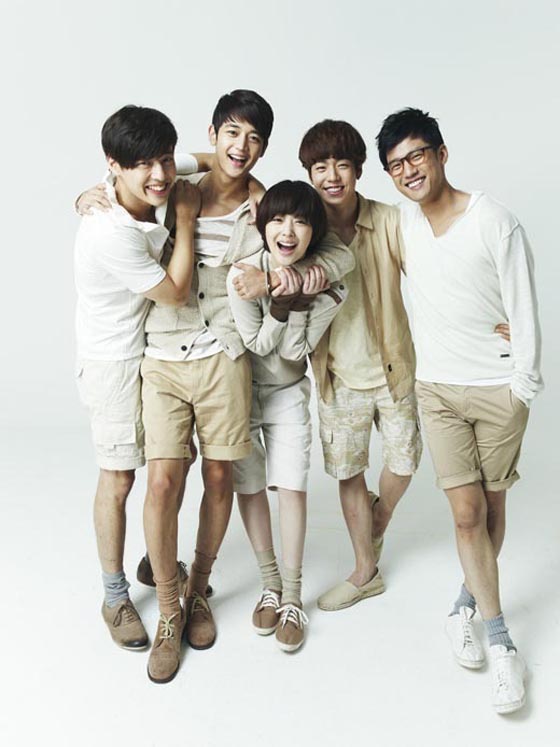 Damn, I really shouldn’t have started another currently airing drama. But whadya know, against all expectations, I really like To the Beautiful You. Episode 1 was meh, but episode 2 cinched the deal, which, coincidentally or not, follows the same pattern as BOF. Despite hating the PD for churning out such a messy version in his previous manga adaptation, after watching this, I have to hand it to him for knowing how to create an addicting rom-com. 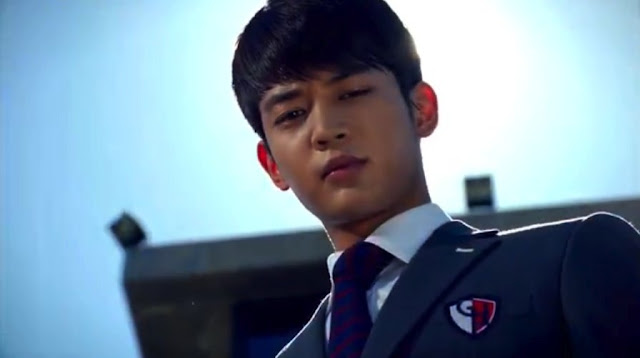 I think a lot of it has to do with the way he frames his heroes – either due to camera angle or pretty suits or just plain old good casting, he knows how to make his lead boy shine. 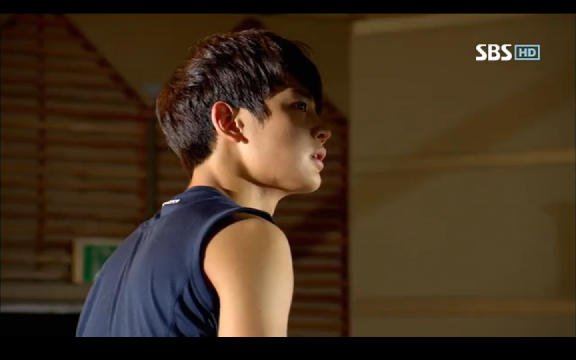 For instance, the scene of Tae Joon rising after the fall at the end of episode 1 was just breathtaking. The perfect music pairing (track Stand Up), the slow camera pan shot of him pushing himself up, followed by the overlay of shadows on his face as he peers out at the crowd combined to stunningly capture the unspoken emotions in that moment. That was the scene that made me feel for his character, and reversed my judgement for the director. Min Ho is definitely presenting the best Sano yet (coincidentally, just as Lee Min Ho had arguably the best Domyouji). Our light-haired second lead isn’t bad either, and I find the actor adorable (and surprisingly palatable with a bowl cut).

I’m also impressed by how generally subdued the show is – maybe Mr. PD took to heart some of the criticism from the past. Although some transitions are pretty rough and the comical scenes paired with some jarring sound effects, I’m overall liking the tone of what I see. 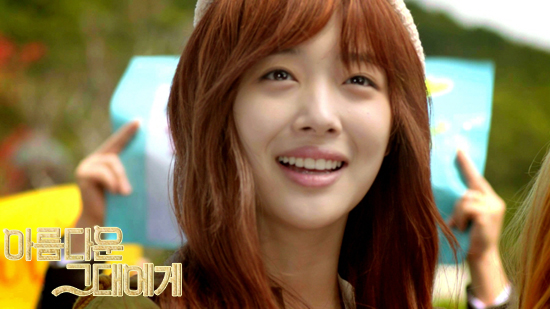 I’m actually not a big Hana Kimi fan, and always thought the story was a bit tedious, especially after seeing multiple adaptations. We get it, it’s a campy cross-dressing story featuring a guy who just won’t jump and a girl who rather unrealistically manages to get by in his boys school. I never bought into how she motivates him, because frankly most portrayals of her are more annoying and shrill than encouraging. Sulli is probably the better of the Mizuki’s we’ve seen in the past, but that’s not a high bar to beat. I find her pretty unconvincing as a guy due to her high-pitched voice, but for this show there’s some necessary suspension of disbelief. 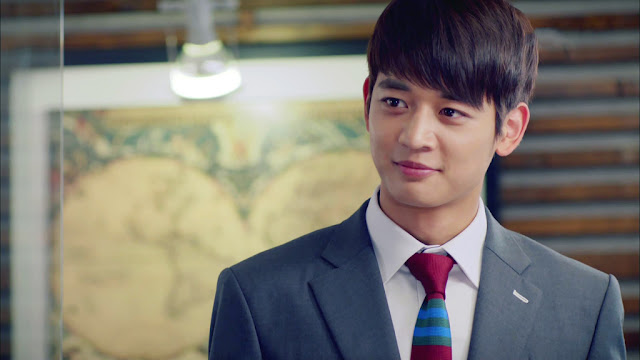 Regardless, she’s tolerable and Min Ho is hitting just the right buttons by balancing the smexy aloof guy act with subtle hints of sweetness. Plotwise, I’m also liking how we’re clipping along. The J-drama version was annoying due to the relentless focus on the three-dorm competition and all the side characters, but here we’re only 2 hours in and we’ve cut through all that. Whew. Even better, I like that they’ve actually delayed his discovery of her gender. I kept waiting for it to happen on both occasions when he picked her up, but surprisingly, looks like the reveal is going to be different this time around. Yay! I thought it always took out some of the fun for him to find out so soon that she’s a girl, and I like that we’re taking it slower this time and watching a genuine relationship bud first. 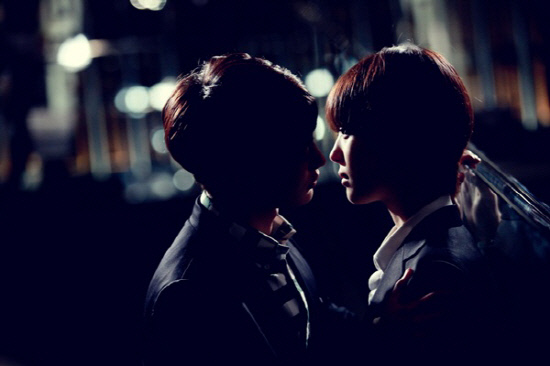 I also love the music so far. Catchy but not deafening. It actually is serving its purpose to enhance the comical and heart-tugging scenes. And we can’t not mention the episode 2 end-kiss scene - that's officially what hooked me to the series. I've always hated that scene, since I find the premise of drunk-guy kissing a little over the top, but something about the framing of this rendition, from the pretty backdrop (even with the cheesy fireworks) to the perfect angle of Min Ho’s arm and body around Sulli was just lovely and perfectly squeal-worthy. I even liked the comical music cues here, including the "womp womp" and cartoonish thud when he puts his hand on the wall. It's like a light way of saying we shouldn't take this scene too seriously, and to keep things from getting too cheesy. 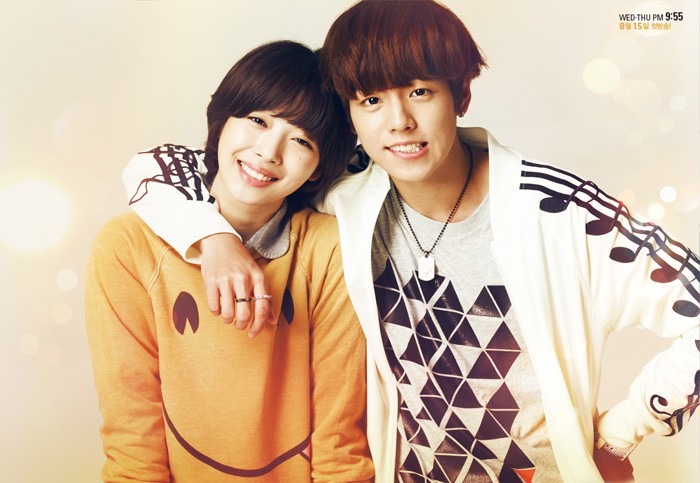 The show's not without its faults, though luckily just in small areas. The one that irked me at the start is her report card – if you look carefully, you’ll see that she took 2 languages at once – Korean and Chinese. Yeah, huh? And her C’s aren’t exactly brag-worthy, making her teachers' impressed reactions just ridiculous (though at least she got an A in Korean...) Makes me wonder if they got lazy and just ripped pieces from someone’s actual transcript so they wouldn't have to create their own.

I’m also not big on the adult characters, doctor aside. Tae Joon’s dad is a very unwelcome addition, and I can only grimace at all the family drama soon to come. The adult ladies, from reporter, manager, to Korean teacher, apparently all went to the same salon because their hair is almost indistinguishable in color and shape. The same could be said for many of the boys, which makes it all the more confusing to remember who’s who.

In terms of painful to watch scenes, Sulli’s clearly not a runner (not as the bad as the legendary Barbie run in Meteor Garden, but still quite painful), so it was pretty awkward to watch them try to film her as one. Even with the slo-mo, you can tell the guys around her are barely jogging, especially in that final marathon scene. I like the sentiment, but the presentation was slightly messy and showed hints of the overdramaticism. 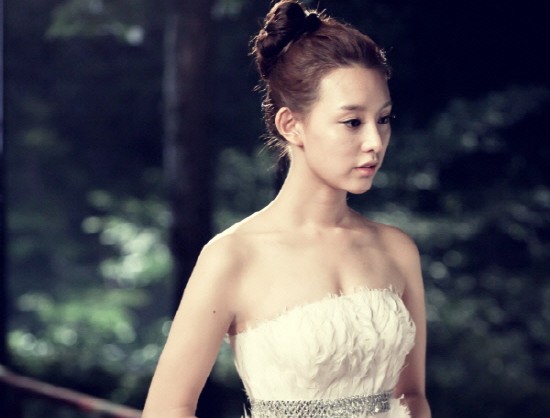 Oh well, so far the benefits are far outweighing the bad parts. I’m looking forward to more fun drama and sizzles with Min Ho once her secret is revealed, and also hoping that gymnastics girl adds some fresh tension to the traditional triangle of the two boys + Mizuki.
Email Post
Labels: Korea Series updates