Binge Dramas Round 2: Sandglass and Man of Honor 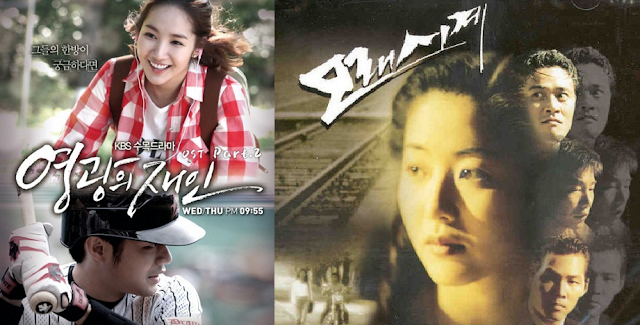 Here's to the second round of binging, after an unsuccessful Round 1. This time we've got two very disparate pieces - legendary old-school drama Sandglass and more recent, acknowledged trashy piece Man of Honor / Glory Jane. I'm 4 episodes into both of them, and wanted to share my verdict with those interested in pursuing one or the other. 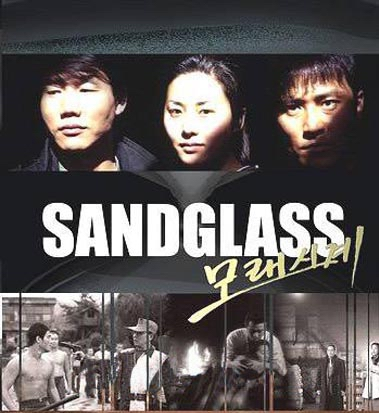 I'll say this - I get why Sandglass is considered the #1 Kdrama ever produced. I feared this wouldn't live up to expectations, especially given its age, but 4 episodes through and I'm duly impressed with the quality of just about everything this show has brought forth. The story, about the lives of 3 young adults set in a tumultuous, politically-charged Korea of the 1970s-80s is naturally rife with conflicts, depth, and historic relevancy. I'm not personally familiar with Korea's past, but I'm interested to learn and this drama has successfully pushed me to do some independent reading on this period and on events like the Gwangju Massacre. 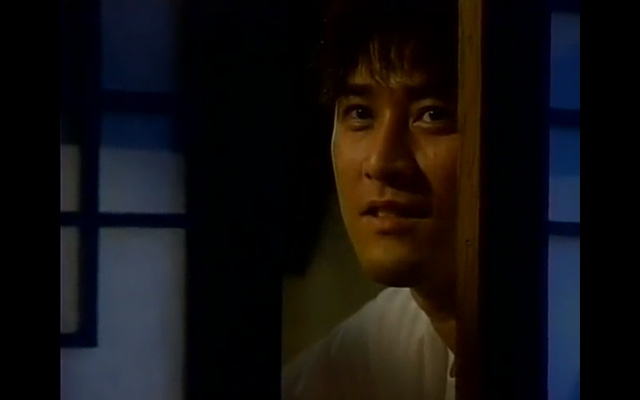 The aged quality also works to the drama's advantage here, because it sucks me into that world of the past, free of the gloss and sheen modern dramas have. Cinematography and directing are both perfect so far, staying away from gimmicks while creating this evocatively dark, moody atmosphere. The characters are often shrouded in shadows, and night scenes have so far outnumbered day scenes (or so it feels). The music selection only includes soft instrumentals, which eliminate distractions and place focus solely on the story and characters. 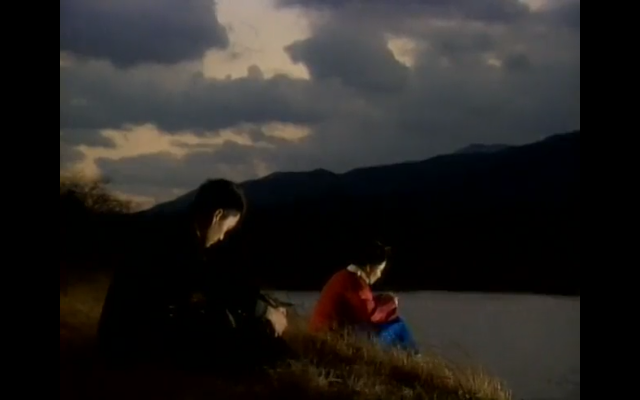 I get why people say the director in Faith couldn't possibly be the man who did Sandglass, because the difference is like apples and oranges. Fight scenes, story shots, and character moments are painted with realism and subtlety here. We transition nonlinearly through time and space, allowing the story to naturally grow and encompass the characters rather than shoving everything forward. It's actually a manner of storytelling that I wish more modern dramas would adopt. 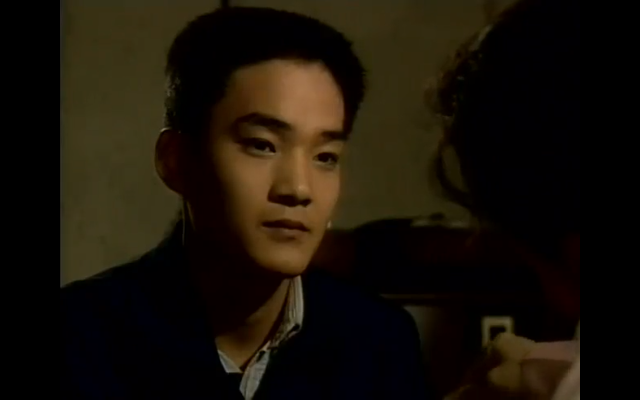 One key example is of how all of the characters' pasts are handled. Instead of designating a specified number of episodes upfront to the youth scenes, the show manages to interweave them, letting them drop almost as small surprises through these early episodes. We start with a young Tae-Soo and his growing relationship with a young Woo-Suk, then the episode ends with them in their adult years. But just when we think that's it, in episode 2 we flash back to Woo-Suk's side, showing his version of the parallel time with Tae-Soo. 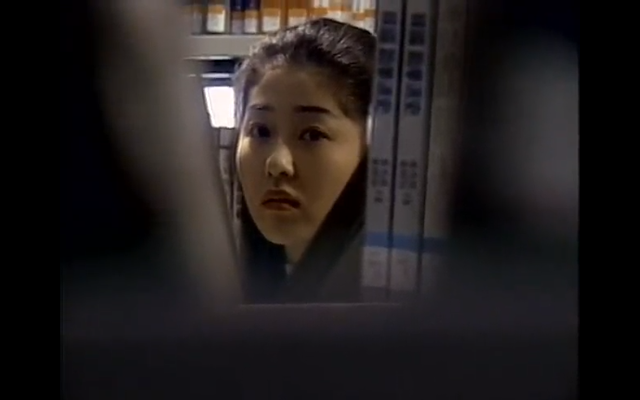 And even better, in episode 3 we learn more about our heroine, recognizing that she's not just a friendly girl next door, but comes with her own past demons. I admit I wasn't much impressed with her at first, aside from noting that this must have been the role to launch Go Hyung Jung to lifelong fame. She seemed like such a stereotypical Candy-type with her idealism, cheerfulness, and lack of money. But her flashback sequence turned things around for me, and I now find myself as fully invested in her character as with the two men. 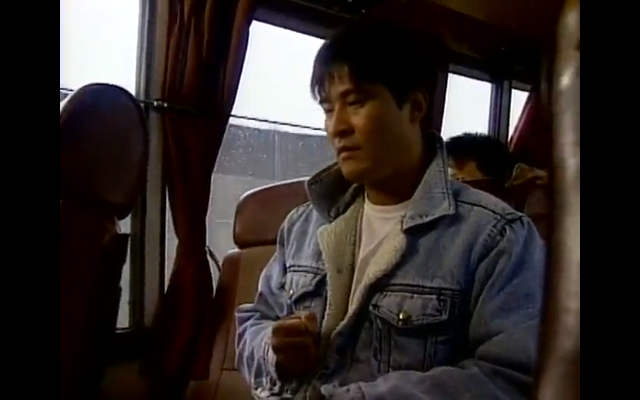 There are of course some things I'm not as big a fan of. For one, I don't really care about grown-up Tae-Soo. I liked the teen version of him better than the Choi Min Soo version. I'm in fact not seeing Choi's appeal at all here. He's better-looking than the second lead man, but mostly he looks too old for his character and hasn't done much aside from beat up men and give goggly eyes at the girl. He reminds me a lot of Lee Byung Hoon in this drama, and I personally don't like the latter in anything he does (his face is awfully square and he seems like a creep in real life). 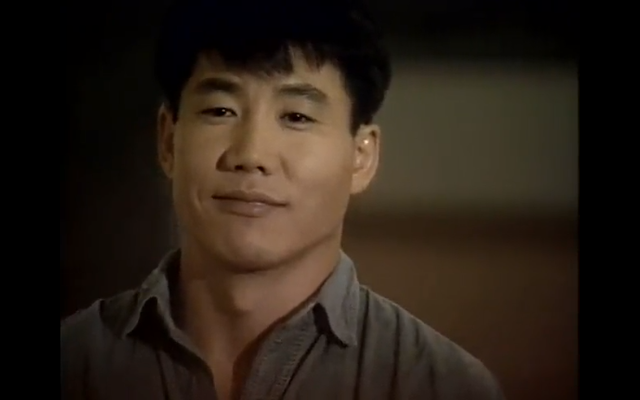 I'm also not getting a love-or-die type of chemistry between him and Go Hyung Jung yet, which has me questioning the main romance and pitying poor, sincere Woo-Suk who has been so devotedly pursuing his girl and only just tasted happiness with her. Knowing that his best friend will rip her away seems harsh and unfair. Go's character sure seems like a tease, with all the back-and-forth flirting so far. Hopefully they all get some more depth and personality soon. 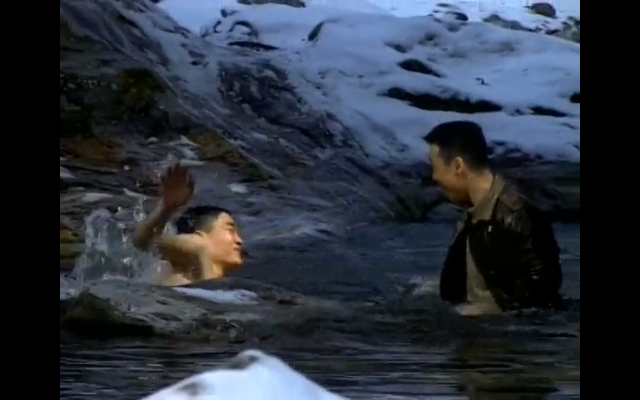 I'm also incredibly confused by everyone's ages. The sudden switch from teen to adult resulted in an unexplained gap of time, during which supposedly they transitioned from high school to college. Only they look about 20 years older. Yeah. Not believing that. 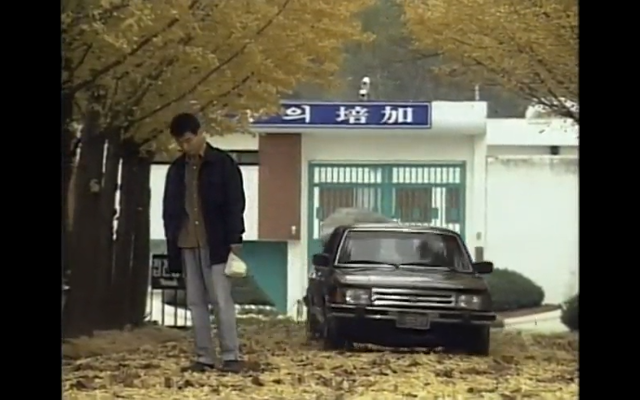 Regardless, the show's quality speaks for itself and I'm happy I managed to locate this. Unfortunately, I've yet to get the "hook". I find I'm never all that eager to watch more than an episode or two at a time, but the show does stick in the back of my mind after I finish. It's like a pleasant treat, one that isn't necessarily the most addicting but that you look forward to and know you'll enjoy. Thus, I do fully intend to complete this drama, but it probably won't be the quickest thing. 24 episodes does seem long, but turns out all episodes except the first are only about 40 minutes in length, making it shorter than similar-length shows today. 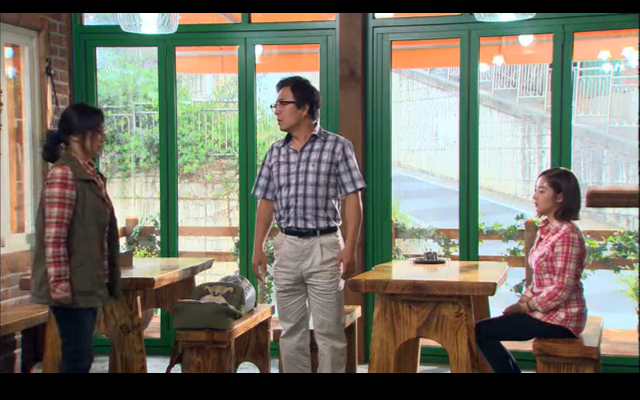 Be warned - the stylist clearly took too many plaid cues off Smallville. That aside, here is a true 24-episoder, and one that has me nervous about the direction it'll go in its later parts. I've heard nothing but bad about the end of this, but despite these warnings, I figured I'd forget logic for a day and try this on for fun. I also admit that I was unwillingly addicted to the first 24 or so episodes of Baker King, which proved to be at least an entertaining if hugely frustrating show.

The first two episodes of MOH actually felt completely different, to the point where I was settling in and ready for a mild, somewhat boring ride. We start with the expected (and very badly-acted) childhood portion complete with parental tragedies, unexplained amnesia, secrets, and innocent marriage proposal between the leads. Yet none of this plays out makjang, strangely. The tone is instead subdued and almost slow, and the transition to adulthood is light-hearted and cheery. This is primarily due to our heroine Jae-In, who's ridiculously positive about life. Chung Jung Myung's hero is a bit more mopey, but in an adorable angry puppy way. They don't have any grand chemistry, but they're cute enough together. 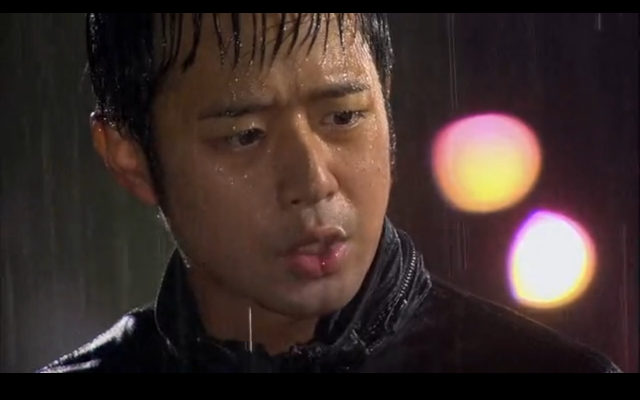 Then we move into episode 3 - and start with the makjang. I mean FULL-ON tears-of-anger, rain, despair, misunderstandings, stupid people not saying the truth for incomprehensible reasons, etc. type of makjang. It was like a sudden wave, but it's also the oddly addicting kind that made me practically leap into episode 4. I HATE the hero's mother and younger sister, and if you watch this far, you will too. It's gotten to a slightly slower point so I've paused to take a breather, but knowing the writer, this is sure to keep going. 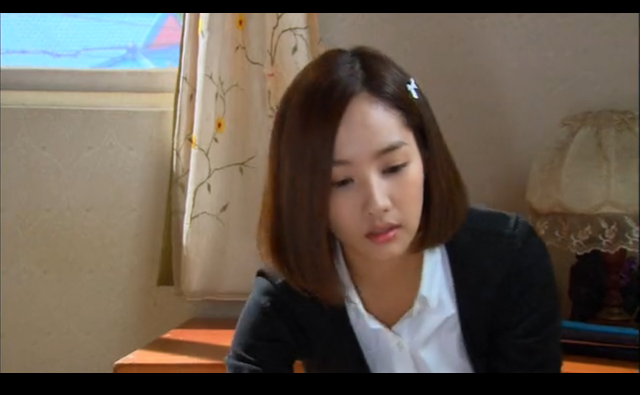 Park Min-Young is surprisingly winning here, and I really like and sympathize with her Jae-In. Her short hair and (mostly plaid) plain outfits are actually kind of a nice change, and takes me away from seeing her as bitchily high-grounded Nana. Chun is ok so far, and I'm still uncertain of their chemistry but can at least see potential in it. I'm disappointed Lee Jang Woo hasn't had more scenes so far as I adore him, but perhaps that's all for the best since he is a second-lead here.

I'm pretty sure I'm going to be dropping this soon, but I'm curious enough to continue. One thing I do love is the soundtrack, which has been fun and light so far (I also love the ending rap song). We'll see how this goes.
Email Post
Labels: Binge dramas dramas Korea Sandglass