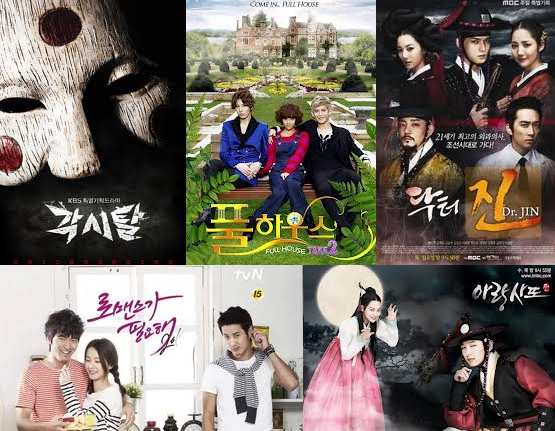 Part 3 of the review series includes those dramas I took a few looks at and zoomed away from. One thing I've learned over time is that if after ~3 episodes a drama fails to get you in the heart, it likely never will. I may not have gotten that far with all of the ones here, but I think it's safe to say I won't be returning for more: 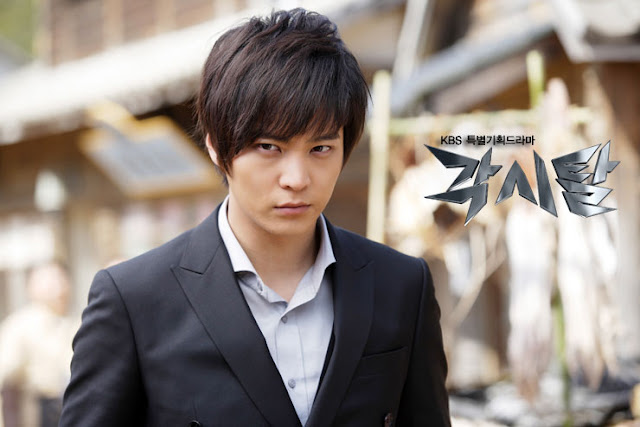 Alright, this officially goes as the most overrated drama of the year, imo (it may be tied with Answer Me, 1997). I don't get its appeal on any visceral level, not even after 3.5 episodes. The story was predictable (yes, mental brother is Gakistal, too obvious), the acting overdone by every cast member, the politics draggy, and the characters failed to connect with me emotionally. I keep trying to like Joo Won, but if he won't stop using his his hoarse-y voice and continual "I smell something bad" face in dramas, that's never going to happen. I even like badass characters, but I just couldn't bring myself to care for him. Yes, he's conflicted, yes, I know he redeems himself later, but my heart just continued to sit still whenever he came on screen.

The action sequences also bugged the hell out of me. String-martial-arts was cool when I was about 10, but are now just glaringly fake and take me out of the scene. The excessive slo-mo, camera turns, and obvious stunt actors made me roll my eyes during every fight scene. This, combined with the actor I've hated since Cain and Abel playing his brother just made me not give a crap about Gakistal from the beginning. Add on an anemic, boring as paper heroine, and you have a recipe for a Jinsight Hates drama.

Arang and the Magistrate 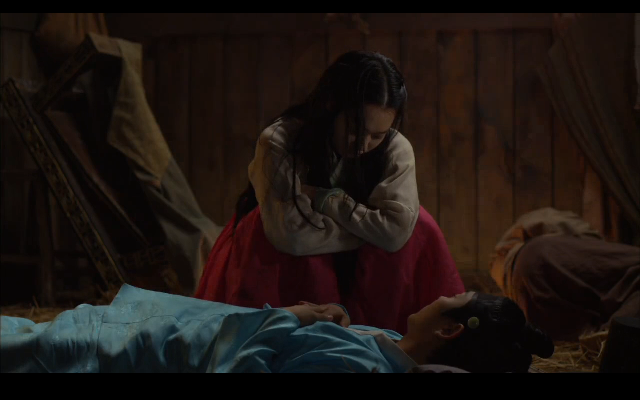 I explained a bit of my thoughts on this in my Faith vs. Arang review (back when Faith was still good). In general, no matter how much I wanted to like this drama, I just wasn't captivated by the characters, story, or directing. Not sure why this director is receiving so much praise, because at least in the early episodes I watched, it wasn't anything to write home about. All the scenes were imbued with too much forcefulness to be effective - e.g., forced humor (trying to lighten Arang's Grudge-like spookiness by making jokes about the magistrate messing with her hair), forced emotion (magistrate having that tearful angst scene with his mom), and forced action (cornily done string-action sequences). Everything else was middle-of-the-road dull, which is what ultimately closed me to the drama.

I've now realized that for some reason I don't like Shin Mina dramas/movies. Maybe it's her, or maybe it's her projects. Everything I've seen with Shin - Mawang, Gumiho Girlfriend, Naked Kitchen, Arang - has completely underwhelmed me. I keep wanting to like her, but her version of subdued acting just doesn't get to me. I think she's gorgeous on paper, but irritatingly flat on screen. 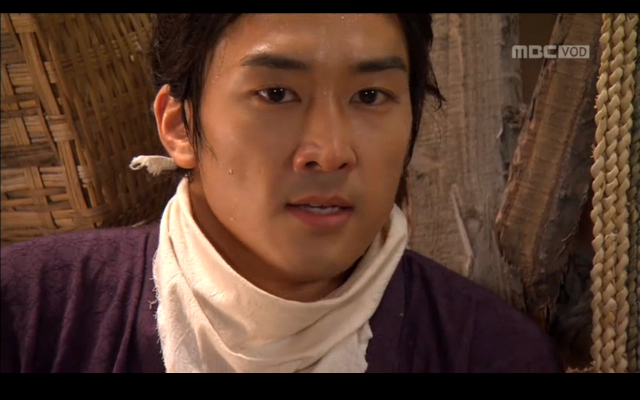 I gave Jin through the cholera epidemic at least. It was actually pretty interesting, and honestly if it weren't for all the horrible reviews, I might have continued further. But in true form to my current philosophy of not wasting time on shows that are simply not worth it, I ultimately felt it was best to drop this early. I'm still curious though about exactly what the fetus had to do with it all, but not really enough so to check out more.

I find it interesting that both Park Min Young and Lee Min Ho were paired with older, relatively "legendary" co-stars in their romance angles. I liked LMH with Hee Sun, which apparently fed off a real-life rapport (seriously, they're SO CUTE in their behind-the-scenes interviews), but Min Young and Song Seung Ho was a no-no combo of bored acting and lacking chemistry. Seriously, who came up with the idea to pair these two? And both of these failed dramas is why you shouldn't place hope in a drama succeeding off a famous name alone. 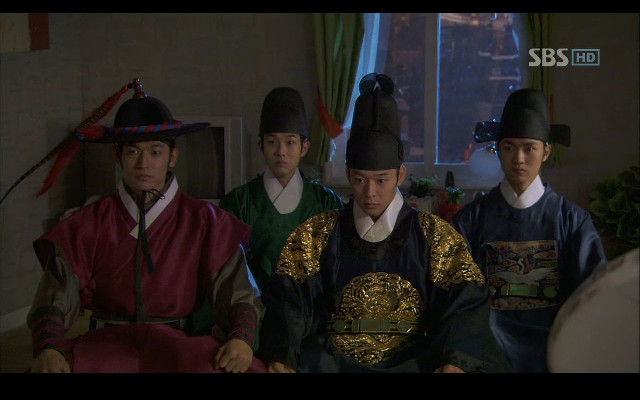 Log might be too strong a term for this. I dropped at about episode 6, so did enjoy enough of the beginning episodes to feel happy with this. It wasn't terribly exciting outside of the humor though, as I didn't care much for either lead. Han Ji Min was peppy and optimistic to annoyance, while Micky was overbearing and deficient in the attraction factor (thanks to bad hair and continual exaggerated surprise expressions). I believe they had good chemistry, but it just wasn't the kind that swept me in or made me care. I do wish I'd liked this more, but I read about the ending and that satisfied me enough. 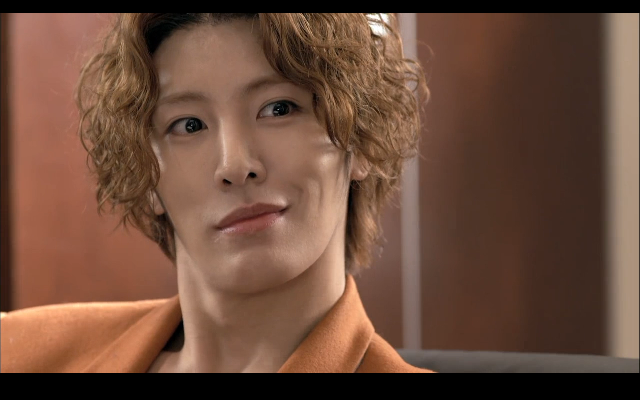 I was curious enough to check out the recaps on this, which inspired me to watch episode 1. My verdict? I have no idea why people are willing to sit through this. Everything has a weird brownish tinge on screen for some reason, which makes me wonder at what filter they chose to film this with. The awful hair, dull complexions, and very random characterizations just didn't lend much visual or cerebral appeal. I believe that it gets better, but I'm not sure it's worth the time commitment to get to that point. 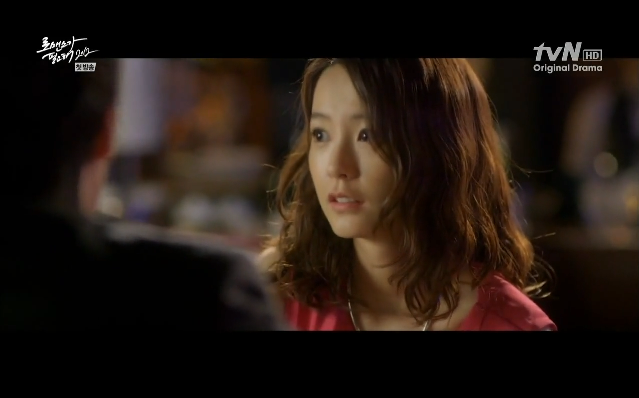 Exactly as I predicted, and I'm so glad I didn't stick around longer. Girl has some decade-long, expired and boring as dirt relationship, meets a sweet second lead, ultimately decides to return to boring long-term love. Yes, I know what happens, and I'm sure it makes sense to some, but I didn't care enough about the girl or her first-love to find out.

Compared to the first INR, this was a supremely colorless follow-up. Jung Yumi was SO FREAKING ANNOYING, and her character needed to learn to shut-up to give the audience one minute of respite. It was also a bit weird to see her massive-make-out sessions and "sexy" persona, which I remain skeptical of. I'm sure she's gorgeous when done-up, but ever since seeing her in the unfiltered Oki's Movie, I take her more as the realistic-looking type actress rather than the enviably-pretty kind (in that movie she also pretty much acknowledges that she's not good-looking). Which is perfectly fine as I prefer normal-looking actresses, but this show clearly wanted her to be a glamazon and hence went a bit overboard with the soft-filters, dolled-up posters, and skanky outfits.

Her best friends also had feeble side plots at best, and were both really underwhelming on screen. Second lead male was the only redeeming quality I saw in the first two episodes, but since we all knew that wouldn't work out, it just wasn't enough to incentivize me to continue.

Another generally well-received actress that I have trouble connecting with - Han Ji Min. I know it's not completely true, since I liked her plenty well in Cain and Abel, but for some reason I have trouble pinning the Ji Min in that drama with the Ji Min I've seen on screen this year. In Padam, she was pretty enough, but also really flat. Add that to the fact that I've never been a Jung Woo Sung fan, and I just couldn't bring up the desire to delve further after I paused at episode 5. I do believe it to be a quality drama though, with a unique fantastical concept and a heart-thudding first few episodes. Kim Bum was also remarkable, and has finally moved into "serious actor" territory in my mind.

I think ultimately the drama just wasn't what I was in the mood for, as bitter misunderstandings and tragedy were sure to be afoot and also nearly guaranteed to raise my blood pressure.

I wonder- does this thing get better? The previews looked AMAZING, and I find the opening song insanely catchy and cute (not to mention I totally have a thing for Hans Zhang, who inspired me to sit through much of Meteor Shower). However, it was like a crash of hopes when I finally saw the first episode. The story-telling style just didn't have any ambiance - it was literally like watching fast-moving vignettes strung together for no cohesive reason. Chen Qiao En's character "has" to go to London because nobody else at her work wanted to volunteer to do so. Uhh?  What type of strange, anti-free-international-trips people does she work with? (and I say this despite having worked in a profession that travels all the time). Because really, bringing people coffee is SOO exhausting and SOO too much effort for a few-thousand-dollar trip to one of the awesomest cities in the world.

It became about 1000x worse when Hans came on screen, if you can believe it. The terrible English, the stupid fake-robbery, the omfg so cheesy motorcycle rescue. I clicked shut right after that. But I am kind of tempted to pick it back up. We'll see.


The risk with drops is in missing out on the possible gems that surface after the first draggy episodes. But, the experienced drama viewer knows that there are just too many options out there and that you must know when to jump off a sinking ship.
Email Post
Labels: rants Reflections Year-end reviews