2012 Dramas I wish I hadn't wasted so much time on 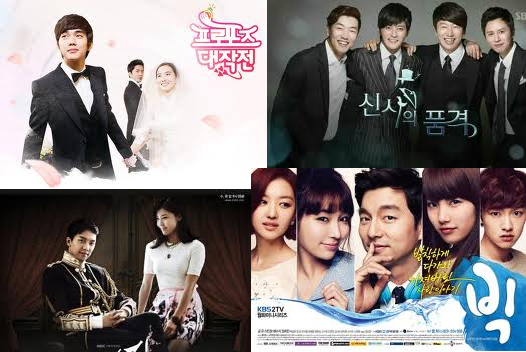 We all have these, right? This is different from plain disappointing dramas, and in many cases, far worse. These are the shows I either never connected with from the beginning but for some reason forced myself through for far too long, or ones that I just look back on and want to burn from my brain. There were a number this year, some of which are viewed in a similar light by the drama-watching community, others of which are raved about like there's no tomorrow. Anyways, to the drama regrets of 2012: 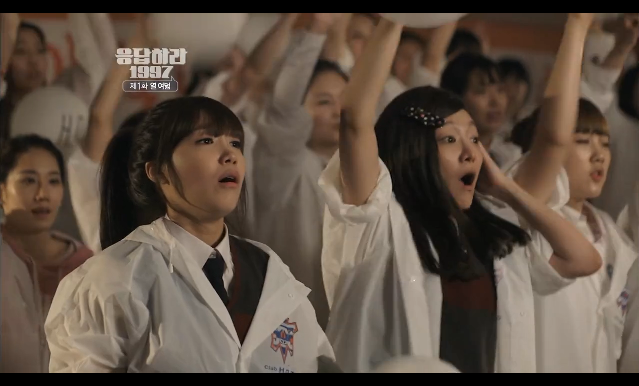 Terribly overrated, imo. Full to the brim with histrionics, sheep-bahs, overpraised-middling acting, and a plot as predictable as paint drying. I didn't get its appeal from the beginning, and after 15.5 episodes, still don't get it. I FINALLY wrenched myself away mid-way through the final episode, but by that point had already wasted too many hours on something that frankly didn't make a dent on me.

It has a unique premise, but didn't go much beyond that. The highschool sweethearts got together, the first-loves got together, the doctor + oppa got together. Honestly, was there a single moment when this drama surprised me? Well, maybe when Joon Hee came out as gay. But that plotline fizzled, and just by itself wasn't enough to overturn a swamp of mediocreness.

I can kind of see why other people like it, but because I never connected with the lead character, her love interests, H.O.T., her screechy best friend, her perpetually-yelling-and-farting parents, the ridiculous who's-the-daddy "mystery" or pretty much any other aspect of this show, it wound up being something I just have to shrug my shoulders at and walk away from. 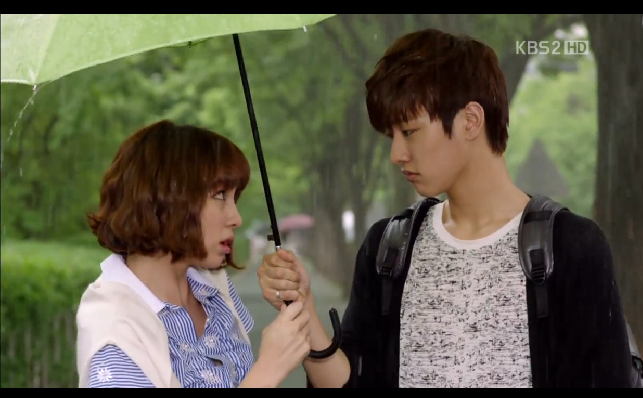 It's probably more appropriate to say this was a disappointment, since I thoroughly enjoyed the first couple of episodes when I thought they'd actually use Shin Won Ho and that he and Lee Min Jung would spend ample time together on screen. Well, 16 hours and it never happened. Who else felt knifed in the gut after that ending???!! I've ranted already, so suffice to say that this is one drama I'm eager to forget ever existed. At least it shows the Hong Sisters are not the magic fairies of dramaland.

The sad thing is, regardless of how much I loved Gong Yoo in Coffee Prince, now he's always going to be the freaking actor who couldn't just step aside for one minute at the end of Big to let the true Kyung Joon return to the screen. I'm sure it wasn't his choice, but I'm also sure that because of him, the director/writers made this choice. Bleh. 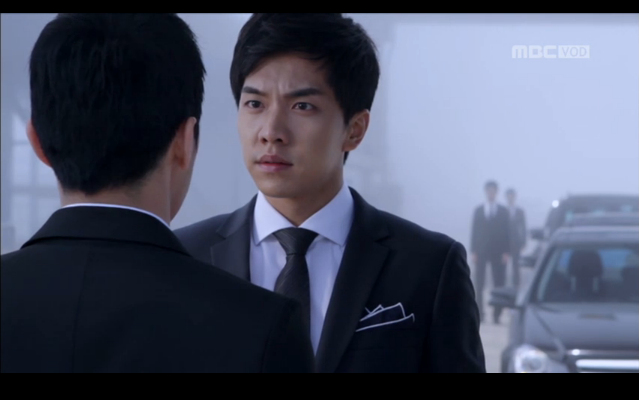 This is one of those dramas that I only sort of liked at the beginning, but continued to watch because of good reviews, the nice cliffhanger endings, the overall prettiness and awesome soundtrack. I recall feeling an odd combination of enjoyment and boredom/skepticism with each episode. I understand why some people got so into it, but looking back, I'm keen on trying not to remember this too closely. They managed to take an interesting North-South conflict and make it positively embarrassing in how fake and over-the-top the plot became. Realistic conflict was shoved aside for a tubby madmen, and honest character moments were combined with obvious superficial impress-the-audience scenes. E.g., when Hana goes to rescue Jae Kyeung at the Merry-Go-Round, despite still being in recovery from her miscarriage. I believe that Ha Ji Won is fit and capable, but let's be real. And let's also be a bit more subtle with the obvious actress flaunting, m'kay?

The soundtrack is still amazing, and is probably a large part of what pushed me through this and helped to gloss over the more unrealistic elements of the story. It was just SO SERIOUS, as were the acting and cinematography, that it made me believe the drama to be far weightier than it actually was. In truth, if you step back a bit, the plot holes become impossible to ignore, and the story about as deep as a shallow pool. It had far-reaching intentions of grandeur, but the actual writing ranks solidly in mid-level fantasyland.

The most ridiculous moment in my memory? When some almost-magical pre-death footage of the late King reading wedding vows magically turned up, which they subsequently used in the actual ceremony. Beyond just the legal problems of being married by a dead man, we had to overlook the perfect pauses he gave for the participants to respond, and his overall apparent presence, almost as if he reading this live. Showy stuff like this just really undermined what could have been a truly epic drama. 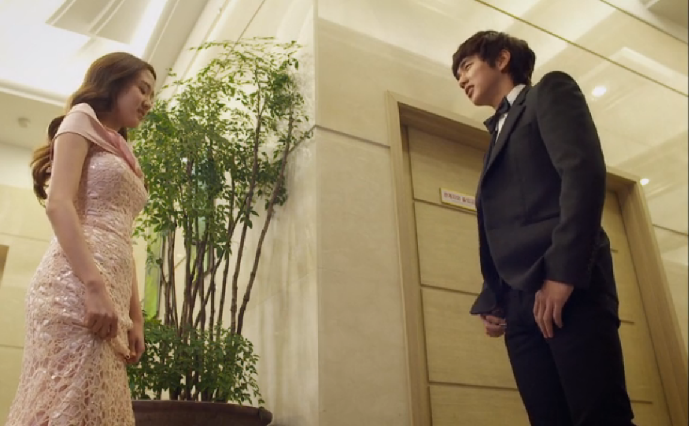 Can't say it was a complete waste, as something about the atmosphere and the melancholic music in this was lovely to watch. But was there a purpose to this? Not really, aside from seeing a guy mess up 16x and wallow in regret. It did make clear that Yoo Seung Ho and I have no chemistry, as even watching his floor kiss scene made me feel nothing. This might be why I never got on his ship in Missing You, despite being impressed at how good-looking he is.

I betcha this was a drama that sounded so good on paper that they decided to move ahead with the project before really considering just how to draw the plot out for 16 episodes. Truly, the better move would have been to produce this as a mini-drama, as is the standard on cable anyways. But nope, clearly they got greedy and figured why not, we can fudge it as we go along since people will love seeing Yoo Seung Ho for as long as possible. Sigh.

They really should have taken a note of how Japan managed to stretch out their series with a Special. In other words, have the girl make the choice earlier on, then spend a few episodes resolving the conflicts that arise afterwards. Instead, we get cycle after cycle, one weird reality after another, and both the believability and story just couldn't stand up to that sort of strain. 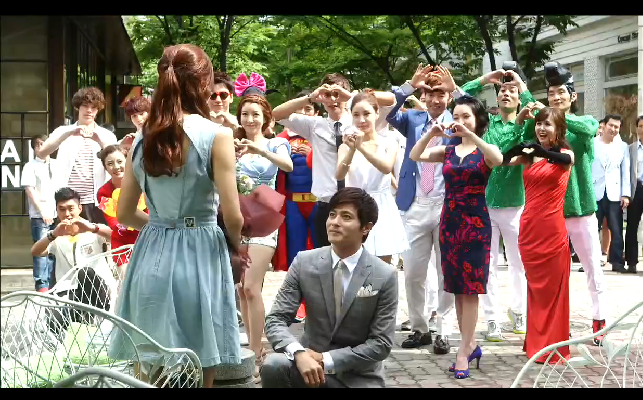 I got out of this rather early (episode 10), but still wish I'd dropped much sooner. I was swept into it with the hopes that it would become more substantial and fun at some point. I confess I stayed mainly due to how lovely Kim Ha Neul looked on screen (seriously, I'm still amazed by her style sense and grace), and because at least the first couple minutes of each episode were hilarious.

But really, what a shallow, pointless piece this was. I still don't understand how someone could sit through 20 episodes of plotlessness, nor do I get why anyone liked these characters, because they were all either painfully boring or forcefully annoying. Middle-aged romance is nice, but not the way it's presented here, with everyone behaving like spoiled, hormonal teens. Compounding that, none of the men were the least bit appealing. They couldn't have picked some handsomer Ahjusshis, especially for lead number 2?

All of the women were pretty much caricatures as well, and so freaking annoying on screen. Se Ra was a screaming, plastic bitch, Me Ah Ri a childish, squabbling teen, the lead lady a pretty piece of blandness, and the emo wife perfectly expressionless, then suddenly overemotional. I didn't comprehend any of their feelings or motives, especially when put together with their foolish male counterparts.

All in all, a year rampant with disappointments, but luckily I managed to crawl away from most of them before investing too much time. If that's one thing I have learned and one thing I need to continue to improve upon, it's the ability to recognize when something will work for you and when it won't. If there's one thing dramas could improve on, it's in making the first episode(s) more gripping and truly reflective of the whole. For every failure (Answer Me, 1997), there's a success (Cheongdam-dong Alice), and it's hard to weigh in just when is the right time to say enough. If anyone has a trick, please share!
Email Post
Labels: Answer Me 1997 dramas Korea rants Year-end reviews