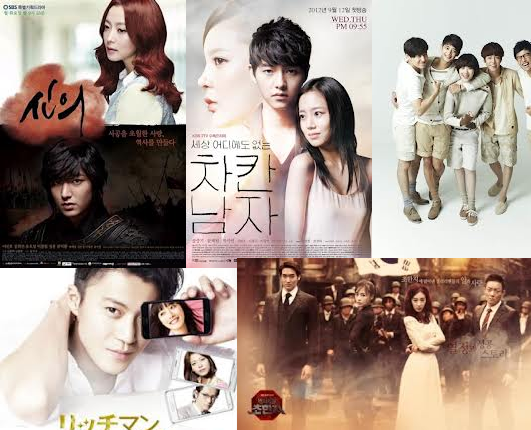 This year, instead of doing a single mega-year-end review, I'm dividing the dramas I watched into categories to review separately. First up are the dramas that sadly failed to deliver, or as I call them, ones with "fast starts" that eventually peter away. The majority of these are Korean, unsurprisingly since these were what I watched most of, but later reviews will include more shows from other regions.

Some of these I dropped, but a large number I forced myself through due to residual affection, all the way to the disappointing end. There's no particular order to this, but here you go: 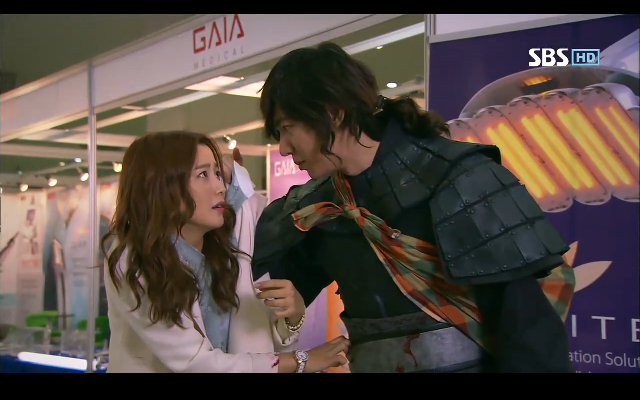 Even now I have to shake my head at the failure. What tremendous potential and humor there was in episode 1. Seriously, I still adore that first hour and could watch it as a standalone. In fact, I think it wasn't until around episode 6 that my attention started waning, even though the plot slowed long before that. I was convinced that things would get better, because really, how could you have so much potential conflict and great chemistry and NOT emerge with an awesome drama? But the longer I sat, the clearer it became that this boat wasn't going anywhere pleasant.

The last ten minutes kind of recovered, but the giant logic flaws and HAIR kept me from giving it a pass. Such a waste. 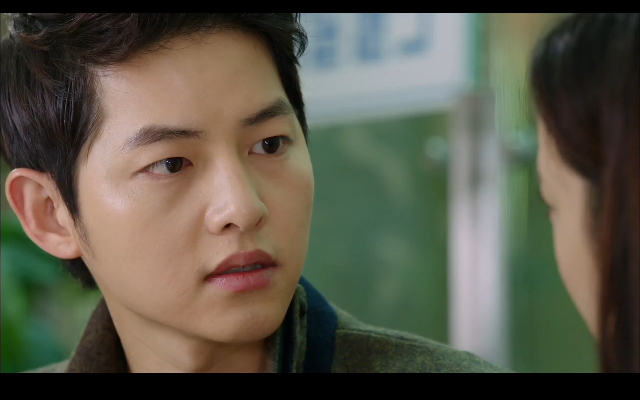 I'll first say, the opening four episodes were just excellent. Beautifully shot, with characters that seemed wonderfully complex at first glance. Especially since it was among the first of the melodrama crop, things felt fresh and perfectly fit the start of fall.

But as things progressed, my interest fell like a projectile. Yes, it was pretty, and yes, the acting was good. But everything after episode 10 started to feel like a nonsensical, shallow meandering of essentially hollow-shell pretty characters, needless angst, and tiring secrets. Maru and Eun Gi completely lost me, and even screen giant Jae Hee grew repetitive in her emotional tirades.

It was nice to look at, but if you actually think back, was there any purpose to the final 5 (or even 10) episodes? Every character knew Eun Gi would regain her memory, but did anyone try to do anything to mitigate that process? Nope. Also, did we really care about her regaining the company? I sure didn't, and thus could care less about the manipulative processes to achieve this. I swear, if it weren't for the talented director, we'd probably all be sitting back and scoffing at the silliness of everything on screen. 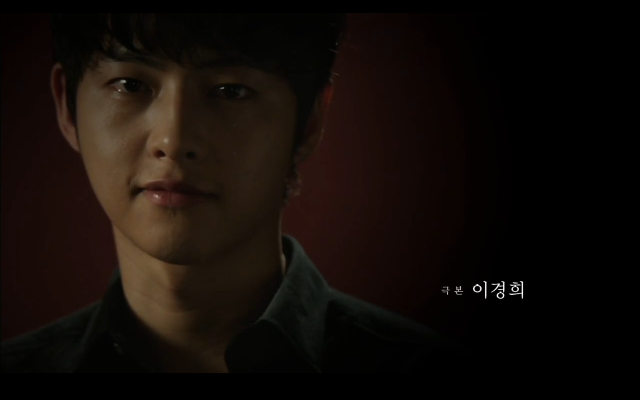 I forced myself through episode 19, sat through the smiley intro of episode 20, then clicked off and haven't felt the slightest inclination to sit through the rest of that final hour. I wish all the actors of this production well, and would love to see the director tackle another piece. But the writer? No more, please.

To the Beautiful You 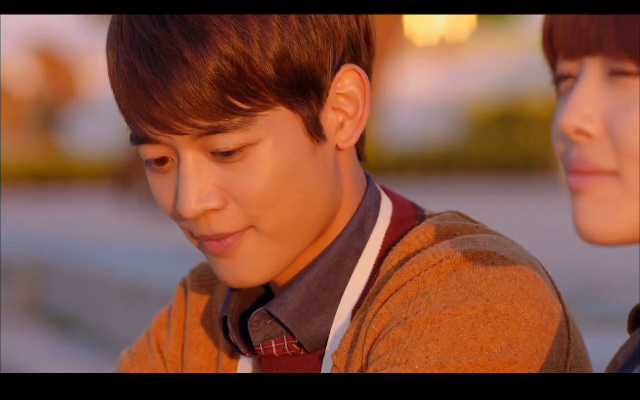 I adored the drama after it's sweet, well-done episode clinchers in 1 and 2. It's strange because everything was going well, then I took a break right before episode 11, and when I got back, it had suddenly gone from charmingly cute to sucky suckitude.

I think the simple cause is that the writer ran out of premise. Pre-11 was a mess, but of the funny and sweet kind that followed true to the original manga. Post-11 was just unnecessary, drawn-out borderline angst and stupid behavior of the non-canon sort. It started off with that girl nobody cares about, Hana, breaking her foot because she was dazing off in practice. That snowballed into some tragic "she'll never dance again" cliche, and essentially wasted an entire episode separating our leads and creating unnecessary misunderstanding. 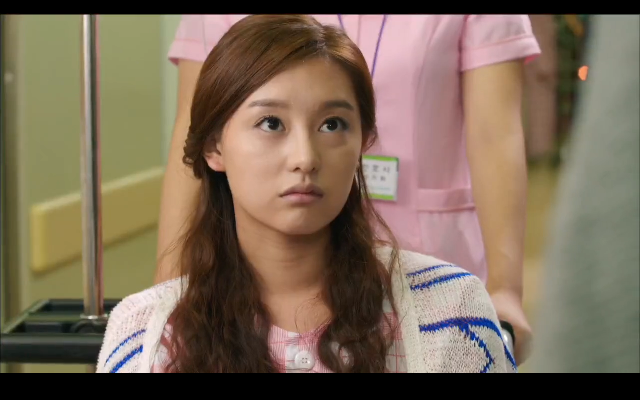 Following that, the drama actually used up screentime trying to redeem our diva brat. Maybe some people cared, but I was so checked out from her character that frankly she could have nose-dived off a cliff and I wouldn't have felt any sympathy. Watching her get forcefully paired with the cute student government leader was just mindnumbingly stupid and a shallow representation of males.

The director has improved, but not enough to make a non-disjointed drama. He does seem to have toned down a bit on musical cues after BOF. Unfortunately, there was almost no use of my favorite song in the OST, J-Min's Stand Up, except in the episode endings. To which I ask, why?? No point in having a song if you're not going to use it at all!

It didn't help that Jae Hee got stupider by the minute, e.g., most unnecessary biking accident in the world. Tae Joon got too mopey, and we were all sad that Eun Gyu wouldn't be getting the girl. I still like the earlier episodes and general tone of this drama, so it wasn't a complete waste for me. I just wish the end had at least been as good. 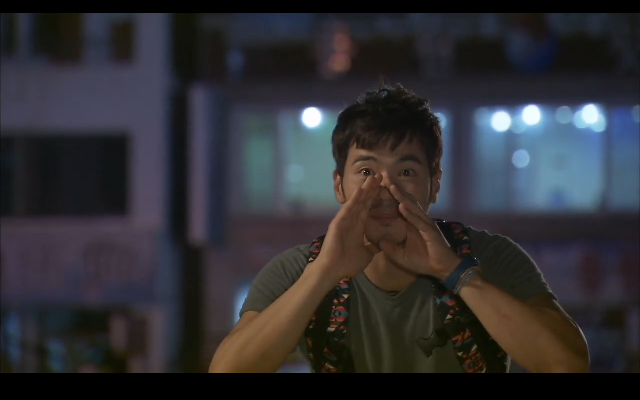 This wasn't a giant disappointment so much as I just stopped caring. I knew it wouldn't ever be something I'd become obsessed with, but after a hilarious first few episodes (the random parallel-bars scene still tops my fave drama comic moments), I had hope that the camp and fun would keep me hooked. Sadly, I checked-out around episode 11, after Sora got a bit too reluctant and the plot started feeling flat. I do think this is the most I've ever liked Jo Yeo Jung, who's shown pretty good comedic range (as well as Kim Kang Woo). Unfortunately, there wasn't really a story or love line that I really connected to in this. Better luck to them in the future. 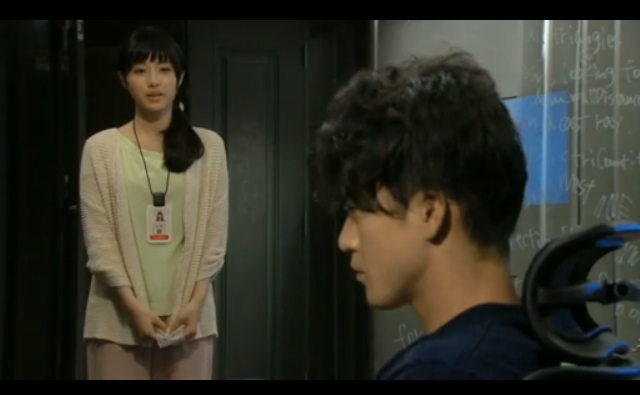 I heard so much hype about this that I picked it up shortly after epsiode 5 aired. And subsequently wasn't impressed. I moderately liked episodes 1-2, but the repetitive plot and caricature villains quickly caused the story to lose steam and flounder about. I actually dropped this after episode 9, and while I've heard good things about the conclusion, am not sure I want to devote any more time to this. I like Oguri, but the time of fangirl love has passed, and he no longer makes my heart thump :'( .

I do adore the opening song for this though, and it seriously made the drama for me. I confess that I was just about to click off during episode 1, when this song suddenly chimed in right as Oguri glanced beautifully at the sky from the elevator. Yep, that one moment made me hang on for a full 9 episodes. I think it's because it totally called back to the J-dramas of old, which were quick-paced and adorable. I obviously don't believe this came even close to matching some of the quality rom-com pieces from the past, but good effort. 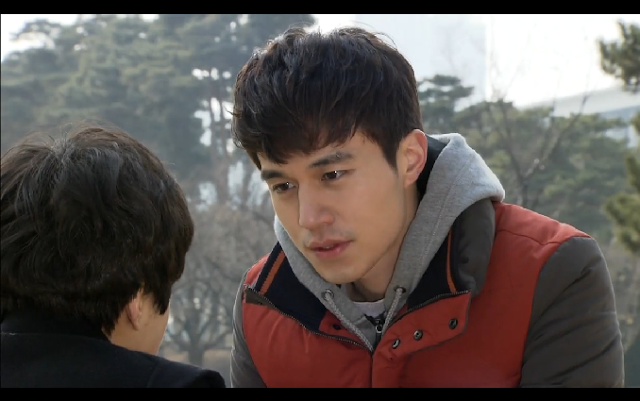 I'm positive that I only sat through all of this because it'd already aired by the time I started. And thing is, I was charmed by most of it, because it had the elements of a strong rom-com with sweet chemistry and a unique presence. I liked that our lead girl wasn't of the pretty sort - they had her as the rough and tomboyish type, and they stayed true to that throughout. There wasn't any major, permanent transformation to her appearance or personality, which might have been a bad thing for some viewers, but was alright with me.

However, no one can deny that the beginning dragged, or that the conflicts post-Joon-hee started to feel unnecessary and overly angsty. I love Lee Dong Wook, and his charm pulled me through this drama, but I'm not entirely sure about why he ever fell for our leading lady. The side plots were also horrendous, and a complete waste of logic and acting talent to watch. No one gave a shit about the crazy best friends, who honestly deserved to die together in a giant pit of madness.

I do think the last couple minutes of the final episode redeemed itself, and was so freaking cute that I even rewatched it (especially where she sat on the stand - adorable). I wish the drama had done more of that, and less of the mental craziness, even though the stalker scenario ended up being intriguingly creepy. Good premise, meandering plot and poor execution.

History of the Salaryman 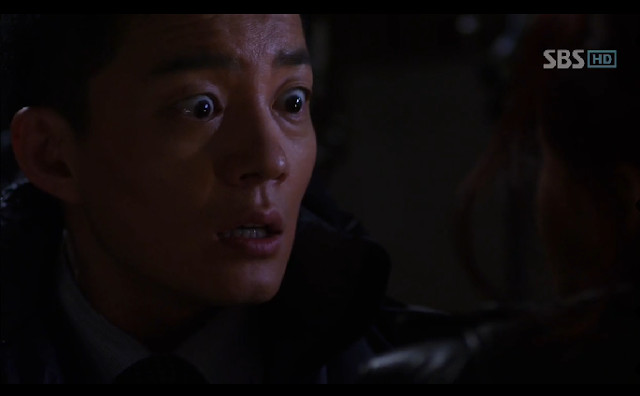 There's really only one reason I dropped this - it became clear that Yeo Chi and Hang Woo weren't going to get together. Shallow, yes, but around the midway point when the humor started falling to the wayside, these two became the only reason I was watching. I didn't think Lee Beom Soo and Jung Ryeo Won matched very well, and their chemistry was consequently tepid at best. I also just didn't like Woo Hee, and didn't think she paired well with Hang Woo. Let's admit, both end pairings were ultimately shallow things resulting from the men being enamored with the ladies' looks. And that's just not the type of thing I want to follow, especially once you get rid of the comedy that hooked me at the start.

As with many others though, I did develop a fondness for Jung Ryeo Won after this. Who doesn't love a straightforward, badass girl character? Unfortunately, I'm not very confident in her range as an actress since she's pretty much repeating this performance in King of Dramas, but I guess that's fine since it's more interesting than her being pretty and weak a la Sam Soon. 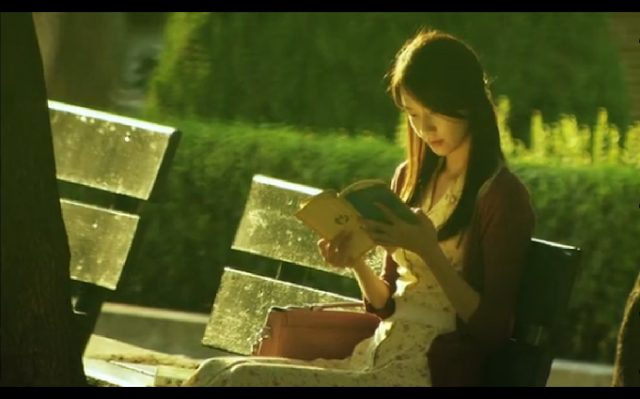 Maybe this isn't disappointment so much as anticipated and received boredom. My hopes were stirred after the gorgeous first two episodes, which had me lusting after 70s fashion. Not much plot, but plenty of watercolor-like scenery and beautiful leads to make up for that.

But of course, logic never played a factor in this, and I still have no idea why the two parents couldn't just get together. So they both knew they were in love with each other, but because other people liked them they decided not to hurt anyone's feelings and settle for some one-sided loves? Do such illogically magnanimous people exist in this dimension?

The present-day obviously wasn't any better, and definitely a major downgrade visually. I confess I dropped this right at the point where the guy finds out about their parents being in love and all that. It was too predictable, and you just knew that noble idiocy and eventual getting together was going to happen.


Overall, I'm seeing an unfortunate rise in the numbers of disappointing shows, which more often than not are owed to strained scripts. You'd think one of the first criteria for drama production would be to make sure the writer knows where things are ultimately headed, but I guess production levels have risen to such a mass-churn speed that this isn't a luxury one can afford. Which is plain silly.

I'll be posting about the dramas in other categories, including my most loved shows, over the coming week, so stay posted! And let me know if you experienced any similar disappointments this year.
Email Post
Labels: Korea rants Reflections Year-end reviews