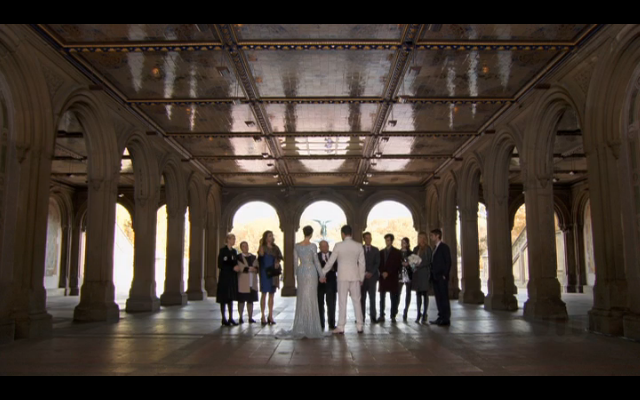 Just finished the series finale, and was pleasantly surprised by how the show wrapped up. I mentioned before that the series had started getting derailed, especially this season with the nonsensical and often unbelievably outlandish twists. This was unfortunately true until the end (ahem, demise of Bart Bass), but the final few minutes and reveal of Gossip Girl recaptured my attention and left me smiling. (Spoilers ahead)

First, I'll say that I remain a Dair fan, and still think they would have been a more interesting way to close-out than a return to the same two pairings we had in season one. I was especially not a fan of Dan and Serena, because I didn't see how things could ever re-spark between them given the tumultuous past few years, and the break-up between the actual actors made me imagine how awkward filming must be each time the two were on screen.

But there was still something lovely about seeing Serena walking down the stairs in that gold dress, grinning down at a dapper-looking Dan. I'm at least glad that they didn't repair Lily and Rufus, who have suffered through enough ups and downs with each other. It wasn't explicit, but it appears Rufus found a bespectacled lady-friend and Lily for some reason re-teamed with William. Which makes no sense if you think about it, but we'll forgive it as some mystery the passage of time managed to solve. 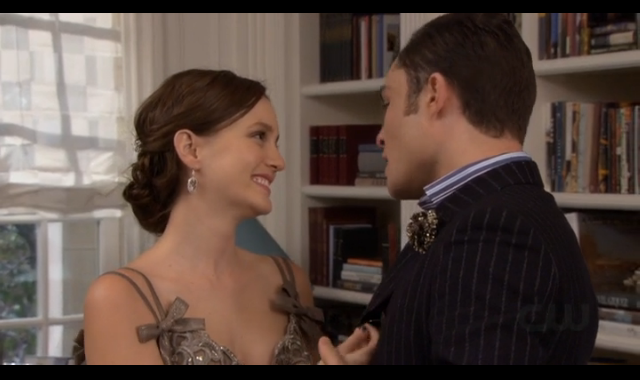 Chuck and Blair were rather nauseating this season, with Blair simpering every time she spoke to him and his logic on why they couldn't be together making absolutely no sense. The force that sparked their marriage, aka Bart Bass' death, was painfully ridiculous. The whole death scene with the cheesy music, dramatic shots, and wide-eyed expressions - for a moment I thought we were watching a dream sequence. But nope, it was all real, and in hindsight all a gimmick to get everyone to stay tuned for the finale. 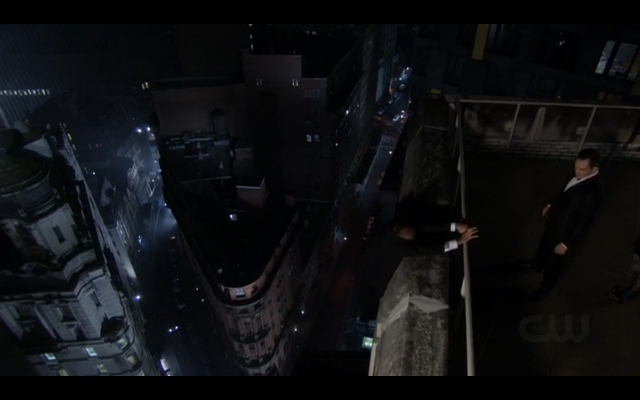 Unfortunately, the death had no place in the story, and appears to have emerged because the writers ran out of time to logically put Bart into jail, and decided ah hell, let's just drop the man off a building. It's like one idea fused with the next, and they just thought, well, while we're at it, let's use it as an excuse to get these characters married as quickly as possible. I have no words for how incredibly stupid this whole development was, and am still incredulous they allowed the two characters to get off scot-free. Because the police are so inept, apparently. However, good for them, I'm glad they found peace and had a cute little boy. 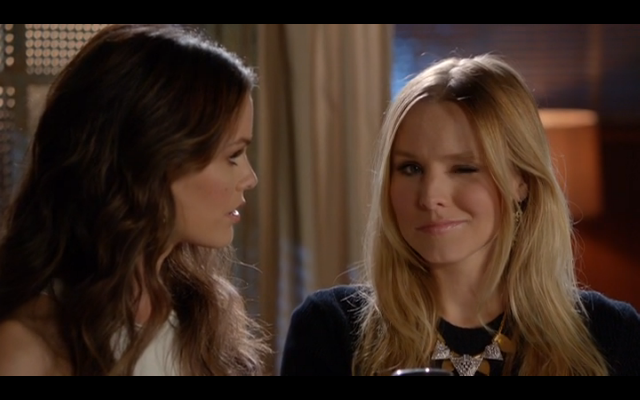 Now, for the Gossip Girl reveal. The reactions sequence was my favorite part, especially the nod to the "Dorota" prediction, the cameos from Rachel Bilson and Kristen Bell, and Vanessa's quick appearance. It just tied everything together, in a better and more humorous way than I'd hoped. As for the identity of Gossip Girl, I actually thought they were going to reveal Jenny as the mastermind, based on Serena and Dan's conversation a moment earlier. It just made more sense in the grand scheme. But when it turned out it was Dan, I can't say I was shocked, but I do feel it's less cohesive with the series as a whole. They tried to explain away certain things like posting about Jenny's loss of virginity, lonely boy comments, etc., but it felt ham-handed and I'm certain won't hold up to rewatch. 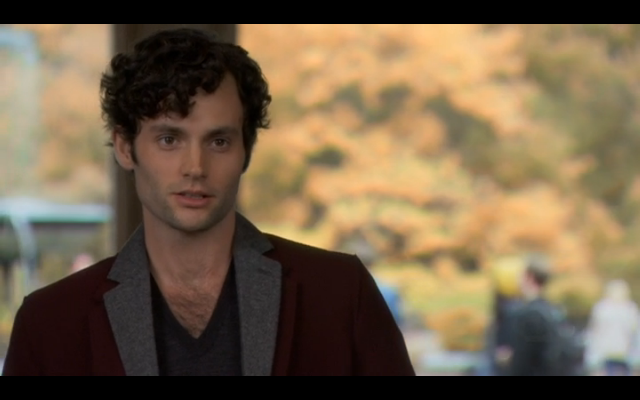 But I do think it was a good twist, in that I never would have guessed it. I'm ok with things as they are, because even though he fell by the wayside for a bit, Dan has always been the focal point of the series with his journey to the Upper East Side, and it fit given his writing talent and intelligence. While the message is a bit shallow, I'm happy he realized his dreams in becoming a part of that world by attaining both riches and the girl. 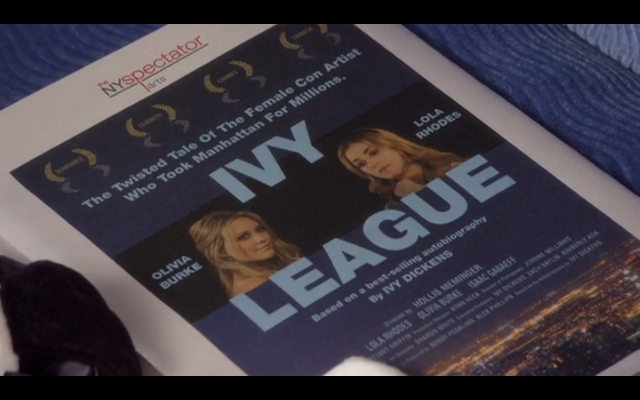 I'm happy they even managed to give Ivy a happy-ending of sorts. I feel pretty bad for the actress who played her because she ended up getting saddled with some downright disgusting scenes. Kissing Rufus and playing the bitch was alright, because at least the man is cute and the role seemed fun. But kissing William, who's played by a guy probably on the other side of 60, then standing topless with Bart?? Ugh. It was uncomfortable to watch, and I can't imagine how it would have been to film. She also got shafted in the sense that her character just continued to spiral downhill, so now everyone's going to think of Ivy when they see her. 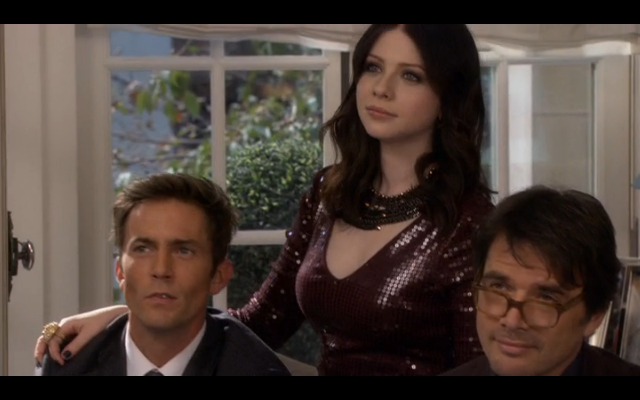 Anyone else confused by why Georgina was cuddling next to Jack at the wedding? What about Philip and her neglected child? It's good that she managed to redeem herself in the end, but I'm not sure she too needs to intermarry into this cast, given her existing situation. 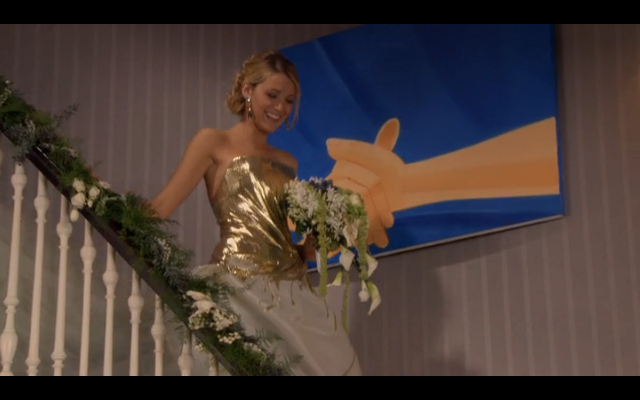 Overall Gossip Girl was far from the best series ever, and it's unfortunate the story started so strong but petered out at the end. Season one is truly the greatest gem of the series, and sadly, I think this is one where the popularity of the show got the better of it, in that it forced the writers to continue churning out material long after all possible good conflicts were exhausted. However, I am satisfied with the ending, and had a good time reacting to the prettiness and general story, especially early on. Will definitely miss having all the gorgeousness on my screen.
Email Post
Labels: American dramas Series review