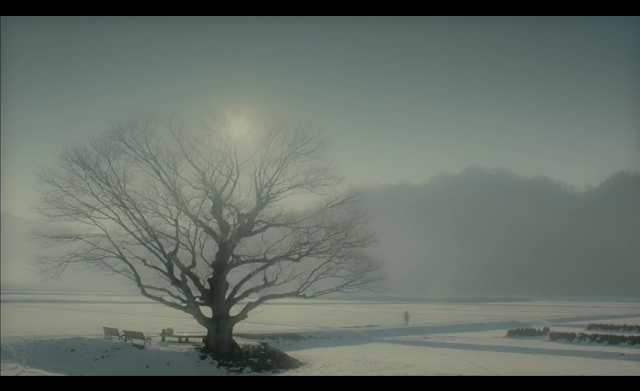 I'm feeling really great about this show so far. It's beautiful and thoughtful, with a stunning cast and a lovely soundtrack. Having seen the movie-version of the story, Love Me Not, my verdict so far is that this is definitely the stronger and more picturesque telling. For one, we actually get the time to flesh out the backgrounds and motivations for our two leads, so it's not quite a random "I'm your brother" appearance. And two, Jo In Sung and Song Hye Kyo have far better chemistry and are completely age-appropriate compared to Moon Geun Young and Kim Joo Hyuk (who had a squicky 15-year age gap that sold the siblings part but not the romance). The visuals are amazing in this drama, which completely enrobes itself in the winter theme, and seriously I would kill for some of Song Hye Kyo's coordinated outfits. 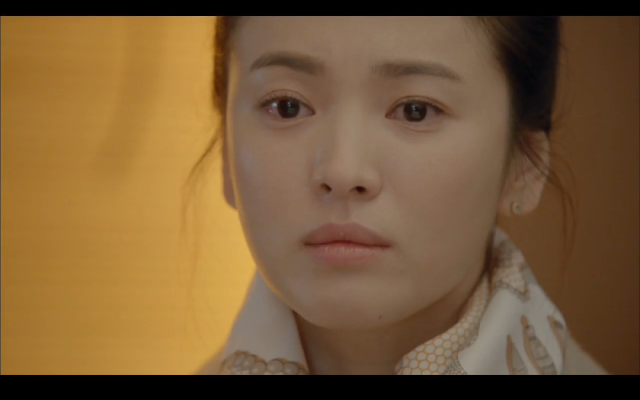 The basic story here is that the heroine, Oh Young, has been blind since childhood (though she can see faint colors and outlines). Her family is head of a major corporation, and when her father dies the responsibility falls to her and her weird sort-of stepmom Secretary Wang (who was also her dad's mistress). Her parents divorced when she was a kid, and her mom took her brother. Therefore, she hasn't seen her brother in over 21 years. Our hero, Oh Soo, conveniently meets her real-life brother prior to his death, then decides to pretend to be him in order to get enough money to pay off his gang debts. 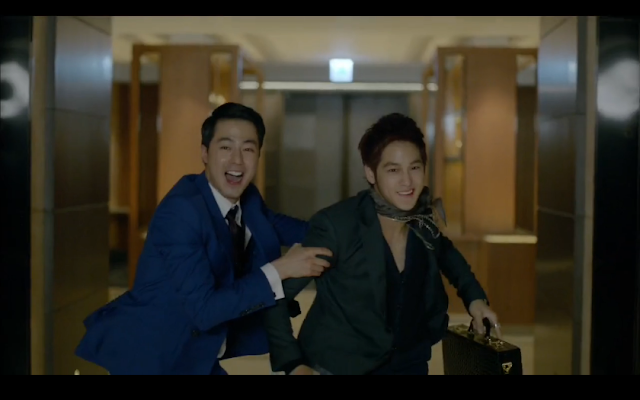 The characterizations and relationships are what make this drama so great. Everyone has a tragic backstory, but they're fairly interesting once they start to get mixed up with each other. I also find fauxcest stories intriguing, as the only other drama I've seen with it was Autumn in My Heart. It's weird, but given good chemistry and a reasonable story, it can be a pretty compelling plot base. Jo In Sung and Song Hye Kyo definitely sell that to me, admittedly much on basis of how gorgeous they are. 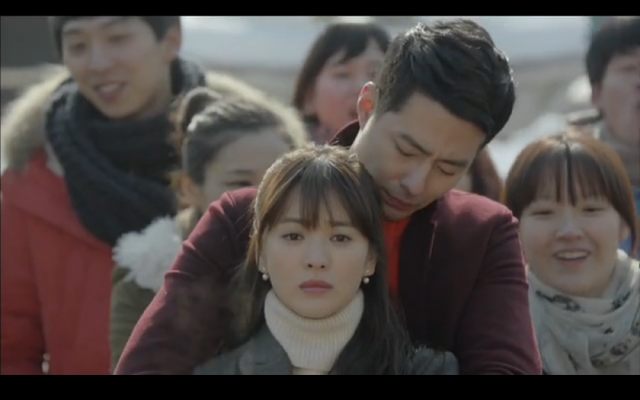 I've never seen Jo In Sung act before, but I completely got his appeal after a couple episodes. He plays dark and cold with such a sexy air, and he's so freaking tall!! Or maybe Song is just really short, but the back-hug scenes literally made me giddy. Honestly though, if a gorgeous, tall guy claiming to be my brother suddenly showed up, I wouldn't be opposed to back hugs either. 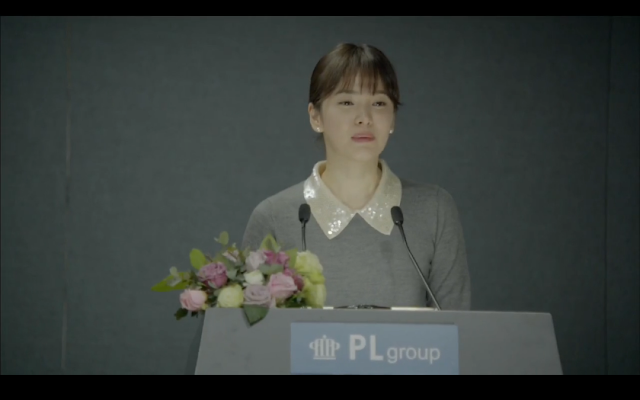 Song is so incredibly beautiful in this drama, which she always is, but the wintery lighting and outfits really suit her. I'm even willing to hold off my disbelief at how a blind lady can be so impeccably styled and groomed each day, just because I love how she appears on the screen. 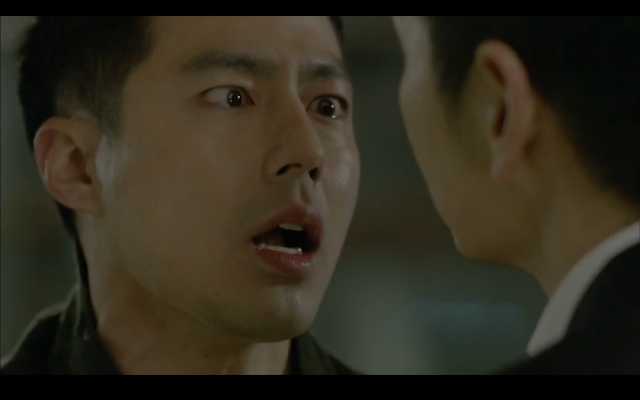 What I like is that the story makes an effort to address potential plot holes. For instance, I was wondering how she wouldn't recognize his voice after their first meeting, and then she went and brought up the point with him. The story is also good about giving characters realistic motivations for being the way they are. I get why Oh Soo feels frenzied enough to be a con-artist.  It further seems likely that her blindness wasn't a convenient accident, but possibly orchestrated by Secretary Wang. 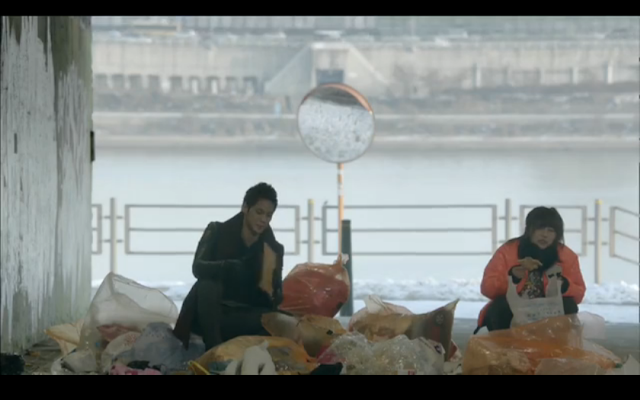 Unfortunately, I find both Jung Eun Ji and Kim Bum's characters to be sorely out of place in the overall tone and feel of the drama. They remind me of what Choco and Jae Gil were to Nice Guy, though luckily less annoying and more talented at acting. I get that they're the essential young and cheery side kicks to Oh Soo's operation, but I find their scenes to be the least believable and devoid of much purpose except as a way to push the plot forward. They handle all the necessary forged paperwork and switch-up tasks with spy-like ease, yet we never get insight on just how they got so savvy at this black-ops stuff. And as cute as they both are, I'm not much interested in seeing them get together, as they have a far more platonic than romantic vibe. 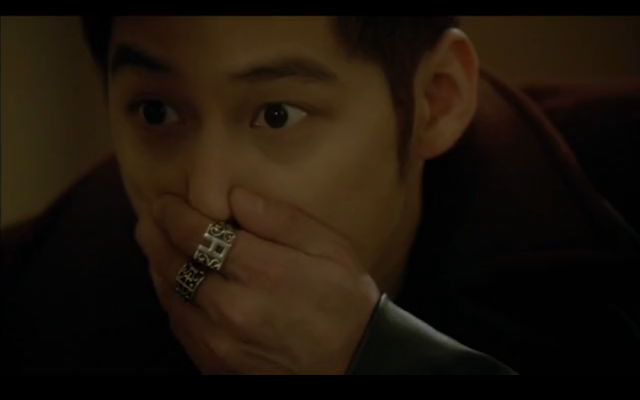 Who else thinks it weird that Kim Bum moved in with Oh Soo's fake family? It's never explained why he gets to encroach on essentially a family-matter, just that everyone immediately accepts and never questions his presence or relationship with Oh Soo. I'd be a bit more reluctant to open my home to strangers, and I'm not even as suspicious as everyone in that household, just saying. My hypothesis is that having nabbed such a big-name young star for the part, the production is trying to squeeze him into as many scenes as possible, and also to give him a larger purpose. Problem is it's illogical and feels shoved-into an otherwise coherent story. 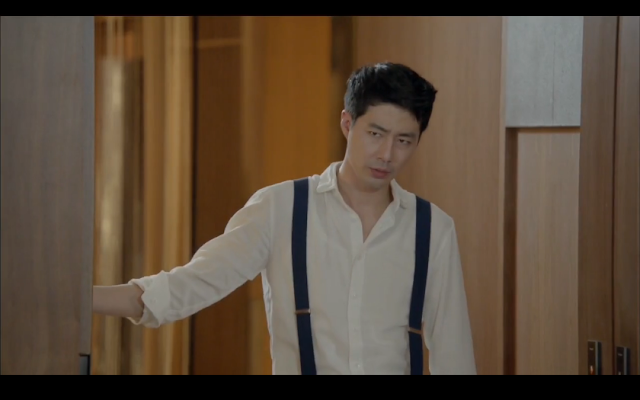 Overall, this is my top drama pick of the airing shows now (though I still need to check out Level 7 and IRIS 2). Melodramas have disappointed me in their latter halves before, but I hope this writer knows what she's doing and keeps up the steady pace and organic conflicts in the weeks to come.
Email Post
Labels: dramas Korea TWTWB