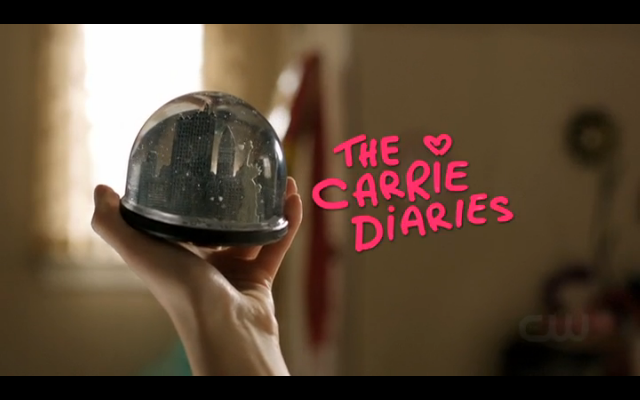 Even though I'm not the biggest fan of high school dramas, I was sucked in by The Carrie Diaries' pretty, colorful previews and blatant tie-in with Sex and the City. Somewhat embarassingly, I've also listened to the audiobook (one of those sporadic in-car book choices), so had an idea of what was coming. The novel was all sorts of juvenile and silly, but the show luckily has a bit more character sensibility and fanciful fun to it. It's not great, but it's amusing enough that I feel inclined to continue tuning in. 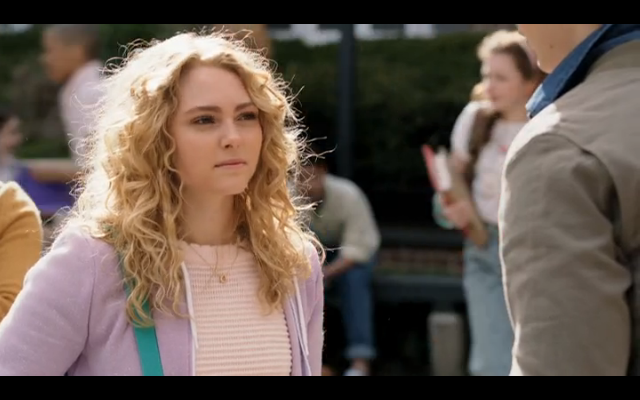 AnnaSophia Robb is easily the best part of the show, and it's amazing how she manages to connect her character's mannerisms and narrative feel with the later Carrie. She looks almost nothing like Sarah Jessica Parker (aside from the redundant bad curly hair), yet she's channeling something that makes me literally see Carrie when I watch her performance. Maybe it's the deepish voice or the similar eyes. She also manages to pull off the eccentric 80s fashion with poise and age-appropriateness, without coming across as too mature or too childish for her character. Because of her, I'm liking Carrie, which goes a long way in helping me enjoy the show. 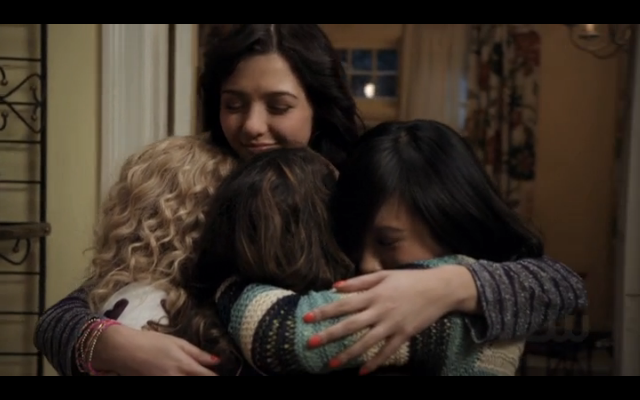 Her love interest and friends/family sadly don't have quite as good casting or acting fortitude. The "Mouse" and Maggie are relatively one-note so far and Sebastian Kydd is a boring sleazeball. If you can believe it, he's actually more likeable here than in the books, but that's not much to brag about. 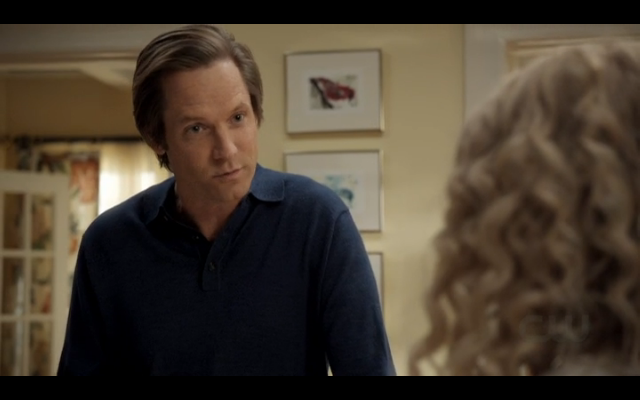 However, the worst actor of the bunch is easily the guy who plays her father. It's probably a combination of bad acting with schizophrenic writing, because one minute he's sappily nice and "tragically" playing the single-dad role, then the next he's an obtuse authority figure who somehow thinks "because I said so" will fly as a reason (and what kills that scene isn't the line so much as the flat, monotone delivery). The actor is just compounding the poor characterization, because he's so stiff and cheesy in the part that it becomes very clear to the viewer that he's trying to act. Compared to him, the actress for Dorrit is practically Oscar-worthy in her natural portrayal of Carrie's rebellious younger sister. 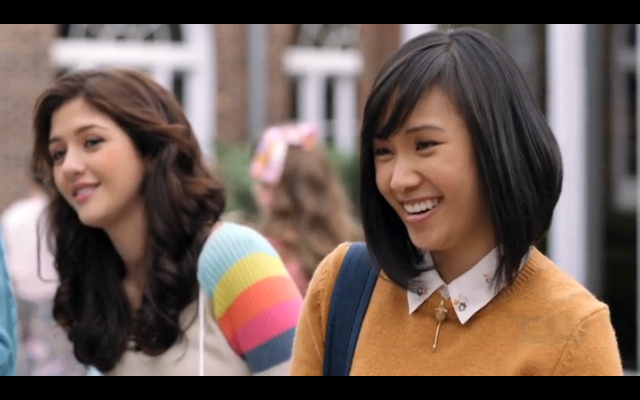 I'm also pretty annoyed the show couldn't get past stereotyping the Mouse into a studious, soft-spoken Asian girl who plans on going to Harvard Medical School. Really, even in the 80s? In the book it was hinted that the Mouse is Hispanic (based on her real name - which btw, worst, stupidest nickname ever, and in episode 3 her boyfriend refers to her as that??!!), and as a fellow Asian I kind of wish they'd kept it that way. Also, prepare yourselves for a bit of shock - the actress who plays her is 27. Yeah. She seriously looks 15, which I suppose is good but also pretty weird. I wonder if they have to cast older Asian actresses in many teen roles (think Lane in Gilmore Girls) because so few go into acting as a profession. 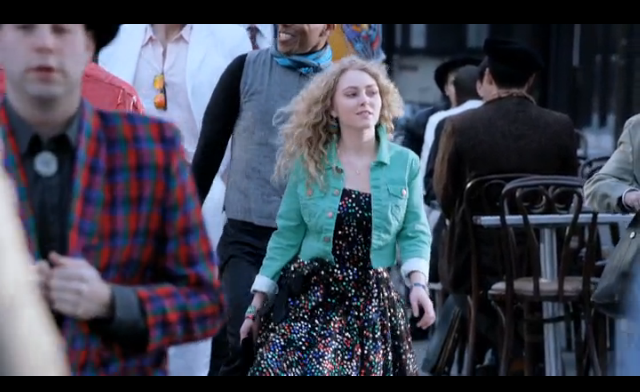 Since I have read the book, I'll go ahead and do a partial review and comparison of it with the show. Beware, as there may be potential spoilers:

Overall, the book is written for around the pre-teen age group, despite its frank discussions on exploring sexuality. The characters are simple-minded, the story is straightforward, and the conflicts fairly low-brained. The thing that irritated me most while reading was how frustratingly obtuse novel-Carrie is. Unlike her older counterpart (or perhaps inspired by her), her line of thinking was oftentimes painfully childish and naive. Seriously, many things that are obvious to the reader take her ages to figure out and confront, such as the whole Lali/ Sebastian mess. The only portion when I somewhat liked her was during the Mary Gordon Howard arc.

As for book characters, they obviously took some liberties and compiled people to reduce the cast count. An example is Carrie's sister (she has 2 in the book), and Lali, who it appears has been merged together with Donna. 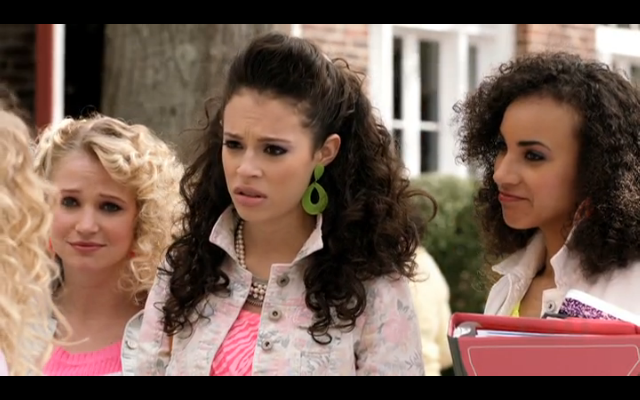 Speaking of, I actually really like Donna from the book (though she's continually referred to by the the terribly repetitively Donna LaDonna). You'll see why if you get to the end. And interestingly, I'm liking what I see of the character in the show so far, even in the way she makes passes at Sebastian. It feels mature with a hint of vulnerability, which stands in pleasant contrast to the kiddish ways of Carrie et al. 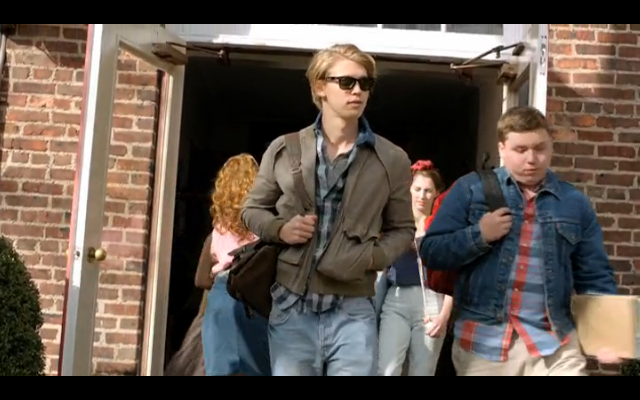 Sebastian Kydd is a total d-bag loser in the book. He's probably one of the worst male heroes in young adult literature ever, which is fitting since we all know Carrie's not going to end up with him. But in the show we're getting a bit more dimension from his character, and he's so far written to be understandable rather than completely mysterious. If they stay true to the story though, he's going to end up having a fling with Donna (or rather Lali), and in the process break Carrie's heart. As a spoiler, he's not the guy she loses her virginity to, luckily (at least not in The Carrie Diaries).

While I like him marginally better in the show, I'm not feeling any attachment for the guy who plays him, who's unappealingly rod skinny and has a rather pointy face. I'm looking forward to the show shoving him off and Carrie moving on, but at this rate it won't happen until the season finale at the earliest. 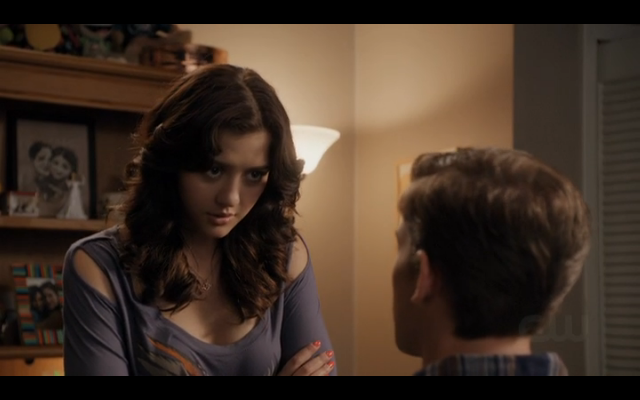 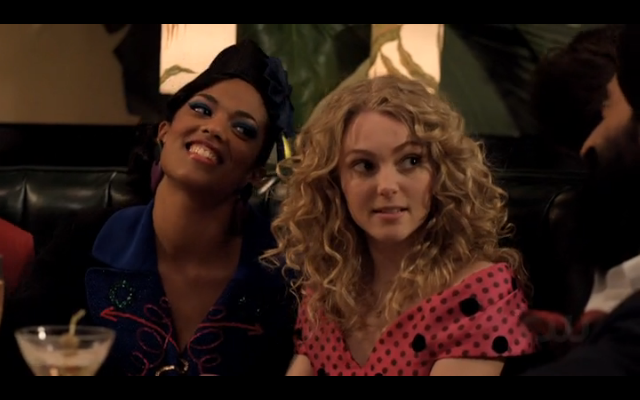 Some book characters I'm looking forward to seeing? George, who I always thought of as quaint and academically cute, and of course Samantha, who only shows up at the very end (through a phone call) in the book. It appears the show has taken liberties by introducing Carrie's eccentric city friend as a pre-Samantha or sorts. I like her character, so no complaints, but it will be interesting to see the actual younger Samantha try to outshine her when the time comes. 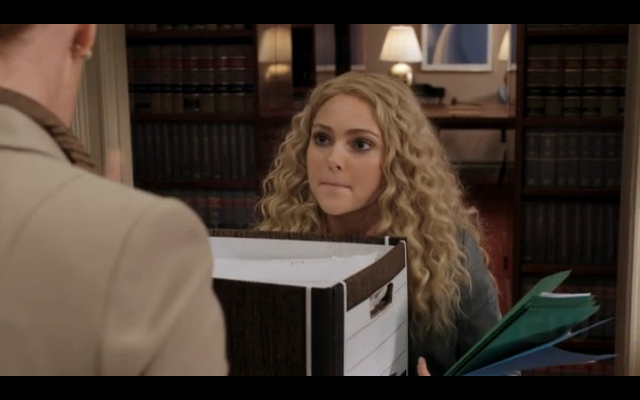 One major change is that while in the book Carrie doesn't even step into NY until the very end, the show decided to introduce the city immediately. Which is fine, but a bit unrealistically handled. Seriously, a high school letting a student take off one-day a week for an entire year to do some "internship" in a distant large city? I'm pretty sure most public schools could care less if your parents died, just saying. 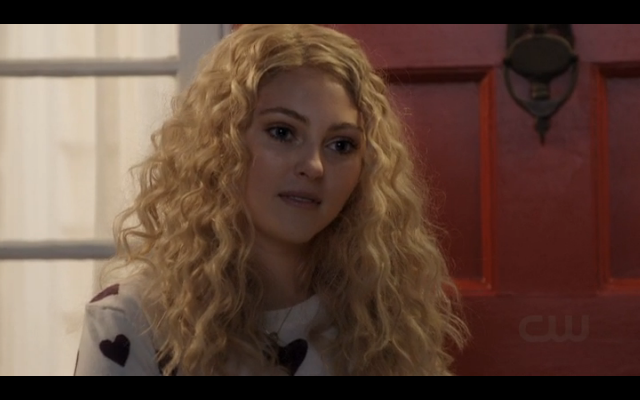 The good news is that the episodes appear to be continually getting better, as the story progresses and the characters show their layers. Seriously, the theme behind the penny lady in episode 3 was almost insightful, in a way reminiscent of the original SATC. I'm hoping we get more moments like that, and less of the high school dating drama.
Email Post
Labels: American dramas