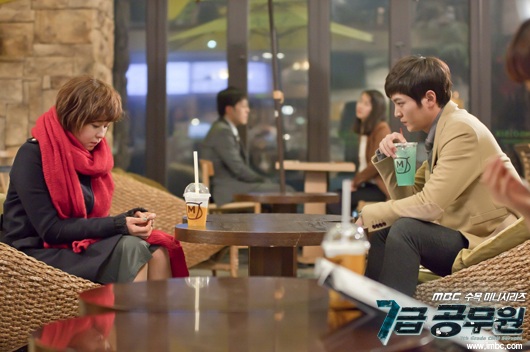 Part 2 of Early Impressions is the spy drama that's received quite a bit of attention lately (mostly not very positive). Shockingly though, this is so far my favorite of the trio, and probably the only one that I want to finish 100% of (as of episode 6 at least). Low quality it may be, but this story, or rather our main guy, has captured my interest, and I find myself eagerly anticipating how things will progress from episode to episode. I'm sure this might change once I get further though (based on all the complaints of story stupidity), and it's unfortunate that it's 20 rather than 16 episodes.

I'll disclaim that I've never managed to finish the movie (didn't care for the first ten minutes I watched), so I have little to compare this to. At first, I was as ready as anyone to be doubtful of the Choi Kang Hee - Joo Won pairing, but so far I'm not hugely bothered by it. She's not exactly right in the role, but I do think she offers a more relateable character than if someone like Park Min Young had done it. In fact, their scenes together are what initially sucked me in (I loved the study date, complete with cheesy light filters), and are definitely the highlight of the drama. They have an easy chemistry, primarily from Joo Won's persistence. 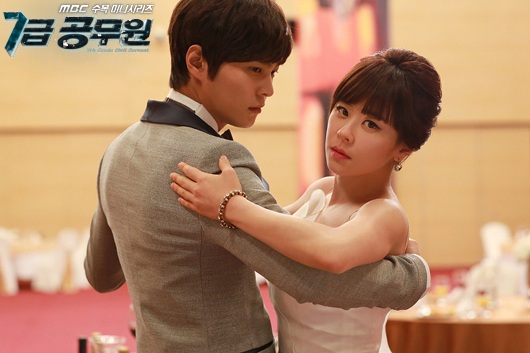 I know I've mentioned in the past that I can't stomach Joo Won, but what a difference a single role makes. This is the kind of lead I'm talking about - slightly bumbling but undeniably appealing, who isn't afraid to proclaim his love. He reminds me a lot of Gu Jun Pyo (my favorite type of hero), which I'm sure is intentional. Some people might find him too forceful, but I think he's got the right undercurrent of heart-fluttering concern for her balanced with unintentionally funny, self-deprecating acts. I don't think I can even explain it, but certain moments like that hand-holding in the theater (and that adorable smile after!!) totally won me over. A non-shouty/violent Joo Won turns out to be a pretty appealing guy, and I'm slightly tempted to sit through more of Gakistal and see if I like it any better now that I like him.

As for the girl, she's unfortunately a bit of a wet rag. It's not clear why he likes her, but hey, the Gu Jun Pyo's of the world don't ever have logic to their loves. At least she's relatively grounded and not too annoying, so even if I'm not fond of her I don't mind her much. Storywise though, this means I'm much more on his side than hers, and it already breaks my heart that he's being played by the NIS with his fake spy duties. I really, really hope he's not, but that's where I think the story's going.

My main qualm with this drama are all the unnecessary filler scenes and side stories. It'd be at least tolerable if they were a smidgeon interesting and well-presented. But they're not. I literally mute the screen and do something else every time Seo Won's parents come on screen (and that ahjumma is making me lose all of the goodwill I had for her from Faith). That actor who plays the dad? WHY DOES HE KEEP GETTING CAST IN DRAMAS? He literally grosses me out with all the pomposity and throat-clearing and HOMG needs to learn to shut up. I DESPISE their scenes. 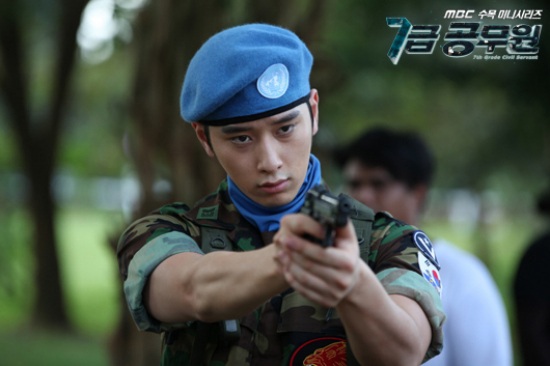 The spy academy side characters aren't much better. Sun-Mi annoys me the most, and I found her transformation from bitch to "unni" caller pathetic and terribly scripted. This is probably my least favorite role from the actress so far, and really, she could do so much better. The story better not saddle me with more of her and Do-Ha, which would be a side-pair I could care less about. Do-Ha's only interesting so long as he serves as the third wheel to the main pair. Otherwise? Too expressionless and not someone I want to see waste minutes onscreen.

The Uhm Tae-Woong baddie scenes also bored me to death, and I was paying so little attention to them that I have no idea what this revenge is about. There's no real sense of danger or seriousness to the drama, so the two remaining baddies come off merely as unnaturally good-looking talking heads.

I do like that the writer makes an effort to subvert cliches (e.g., the ballroom scene when he asks Do-Ha to be his partner instead of her, HA), even if the lousy directing usually butchers it. The cheesy moments (e.g., phone confession) make me cringe, but they're interspersed with less direct, sweet, and just fun scenes (like when he cooks for her, or hilariously when he starts scooping his drink in the background after watching her do so). Those are what bring the drama to life for me, and I've definitely had "I'll be there for you" stuck in my head a few times.

For now, I'll dial down my expectations and  just sit back and enjoy the remaining conflicts.