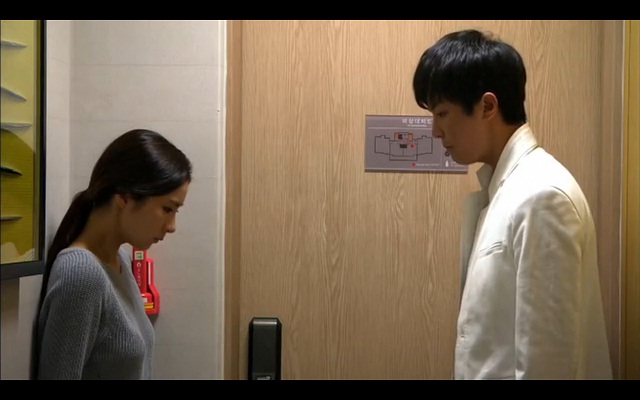 This is the kind of episode that makes you want to give up dramas entirely. When it leaves you feeling frustrated, unfulfilled, and all sorts of angry instead of happy and giddy. When the only reason to tune in is out of misplaced hope that the angst and issues will be resolved and the bad guys penalized. I'm so upset after watching this that even the thought of watching another drama makes me shirk away. I freaking hate Jae Hee, Mi Do, Mi Do's dad, Baek Seung Joo, even Chang Hee. Why the hell can't people just communicate for once instead of all this subtlety and back-stabbing?

At this point, I just want Tae San to find someone else and move on with his life. Mi Do and Jae Hee freaking deserve each other, these ungrateful bigots. Their kiss and make-out scenes over the past couple episodes made me sick, and it's only somewhat a relief that at least they were interrupted.

Good news is at least Tae San finally has clued in on this. I want him to break up with her now and never see her again, then I want her and Jae Hee to fall into a vat of acid together. Geez, even Mr. Purple hair is less aggravating at this point. It's literally at the point where I never want to see either of the actors ever again. The guy who plays Jae Hee will always be this petulant dipshit while Shin Se Kyung is now forever an indecisive bitch.