When a Man Loves: Halfway Review 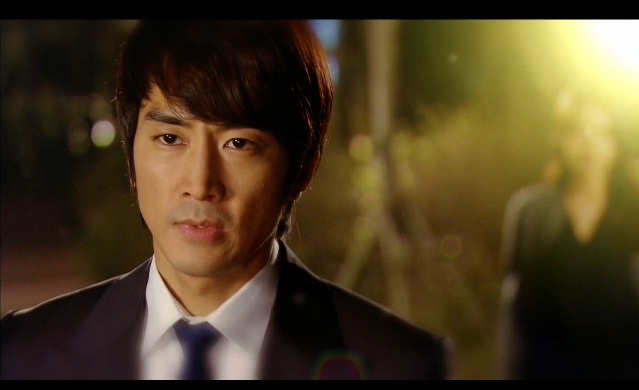 I've been regularly following WAML out of residual affection for its earlier episodes and curiosity on the relationship developments. Unfortunately, it's hit the midway bump, where things start dragging and characters start feeling stale. Song Seung Heon's Tae San was the key attraction for me and I'm not liking where they're taking his character. He's starting to feel desperate rather than sweet, and it doesn't help that I'm completely apathetic to our heroine. 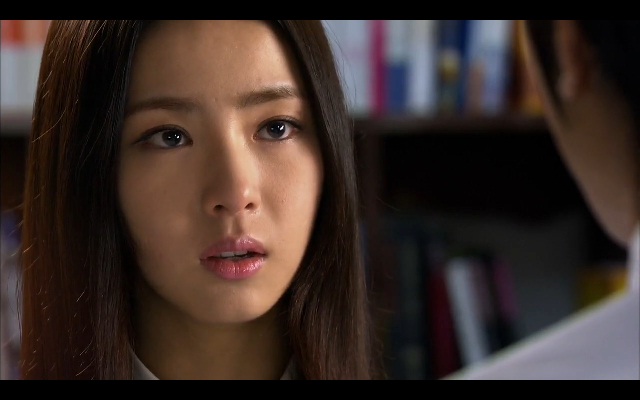 I've read some people say Shin Se Kyung's a one-note actress, and that her past performances have all been exactly the same - e.g. pretty but with almost no expression, and with characters that have a tendency to waver between two guys. I get where they're coming from, because even though I haven't watched more than a couple episodes of her previous works, her expressionless face is the only thing I remember. I can't tell if it's her character or her acting, but either way there's something horribly dead fish about Mi Do. Honestly, why is it that in 90% of dramas it's the girl who either kills the story or frustrates you to death? Is it so hard to create a heroine who behaves rationally in the face of a terrific male love interest, and who isn't either painfully shallow/chirpy or dumb to her emotions? 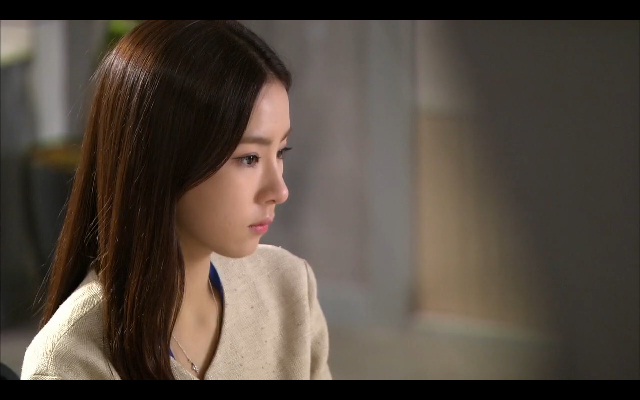 I don't understand Mi Do, and I'm not sure at this point if I care at all who she ends up with. Well, actually I hope she doesn't end up with Jae Hee, but that's more because I despise the boy more than I do her and I want Tae San to get a happy ending. Really though, I want to smack Tae San and tell him there are FAR better, more affection-deserving women out there than the two around him. This is always the point in the story when you wish a sudden third-party alternative could swoop in and seize the story. But alas, the cast is set and the characters are written. 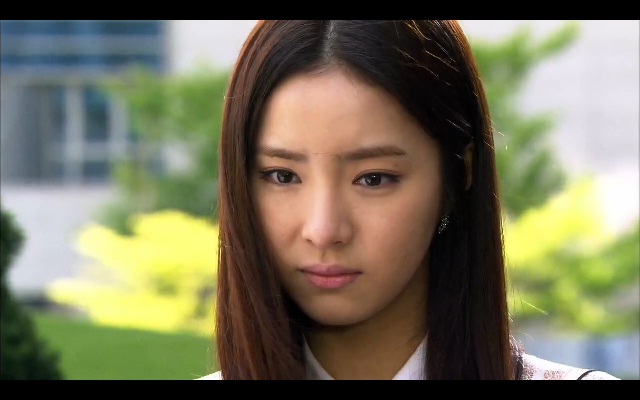 It's not that I dislike Mi Do, but I'm sick of her wavering back and forth between the two guys. Who does she really like? Is it the older, steadfast but somewhat naive and domineering Tae San, or the puppy-like, desperate, Mr. I-don't-ever-listen-to-rebuttals Jae Hee? I'm not sure if she's meant to be so hard to read or if Shin Se Kyung simply lacks the depth and facial muscles to give us a sign. I get that it's a hard conflict, with one guy clearly supporting her goals while the other pushes her away from it, but it's not like she's been completely honest with the latter (and the former only knows because of his past stalking). I'm just tired of watching her one minute act jealous about Baek Seung Joo, then the next go prancing off for a drink and some flirting with Jae Hee. PICK A MAN YOU INDECISIVE WOMAN!!!! 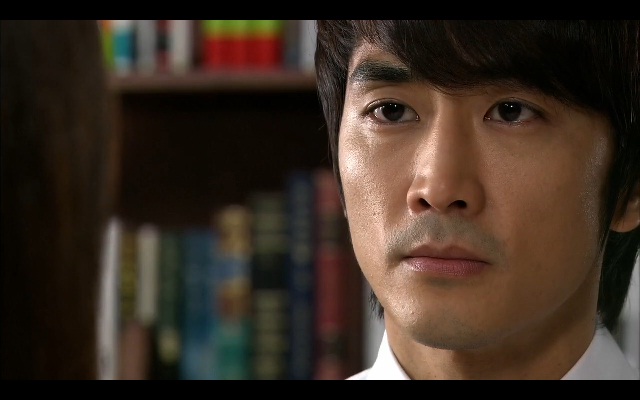 Moving on to Tae San, as mentioned I can see where the writer is taking him (down the road of dominating male who stifles a girl's dreams), and I'm NOT happy about it. I would think this is a guy who would know and do better, considering that he tried to pay for her education so that she could pursue her dreams. He managed to stand off to the side to let her attain her goals for seven years, yet suddenly he wants to make her a housewife? Character inconsistency at its worst. If this is because they're trying to shove Jae Hee down our throats, well, I'm not having it and it's not working. 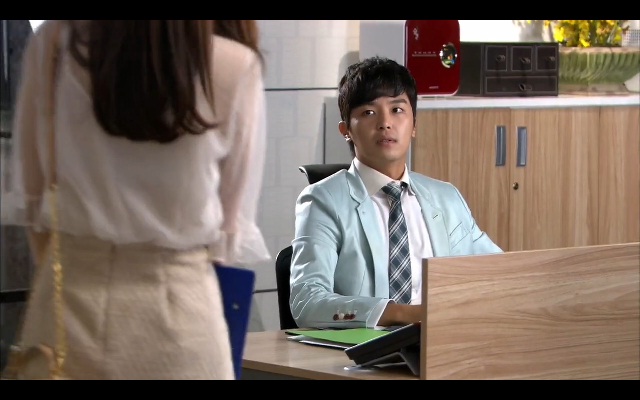 Let's talk about deceptive little Jae Hee, a kid who's all too willing to start biting at the hand that fed him. The early episodes painted his relationship with Tae San as almost brotherly, yet one viewed kiss later and he's ready to throw passive-aggressive insults like no other. Honestly boy, this is the guy who made it possible for you to get your MBA from a top school and has given you a life/future, yet you're more than ready to start thinking the worst of him because he likes the same girl? This is a closed-minded, selfish person in all his glory. He deserves to be dragged down from his sponsored pedestal and to go live as a thug to see how it is. 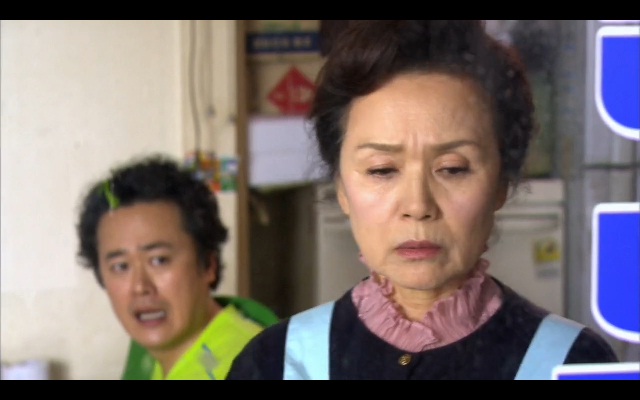 Finally, I've noticed that the whole mother-uncle stupidity is taking up more screen time with each episode. I skip through those moments, but it sure is frustrating. I think we're meant to feel pity for the old lady, but all I feel now is annoyance that they're forcing us to watching this makjang crap instead of our main story. I commend the lady on her acting, but she's an extremely frustrating character that I couldn't care less about. It seems like she's been on a decades-long guilt-trip, and I just want to massage some sense and gumpton into her. If you feel that bad, then maybe instead of hiding around in your cooking hole you should grow some courage and go apologize to the person, cause we all know that's where it's headed. Or better yet, maybe go live somewhere farther away so that all of the side characters can stop visiting and figuring out who you are. 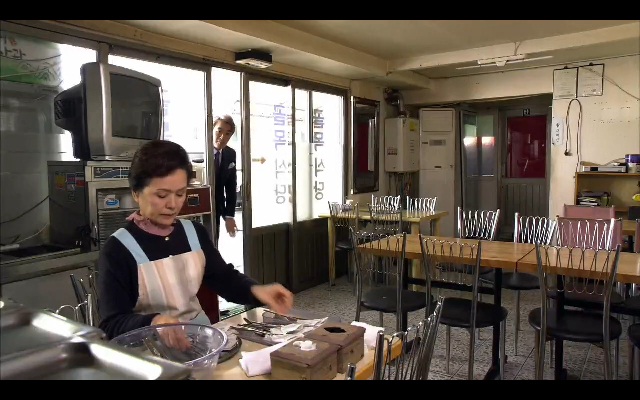 Seriously, the expression "everyone and their mother" has never been more applicable than in describing this clunky narrative reveal. The three leads are the only people who at this point haven't paid her a visit.

The uncle - I don't even want to bring him up. I'm annoyed that Chang Hee is being stupid enough to approach this green-haired pig. Everyone in the story is making a mountain out of a molehill out of the mother issue. Yes, his mom abandoned Tae San, and yes she might still be alive, but neither one wants to meet. Jeez, is it too much to just let it be? 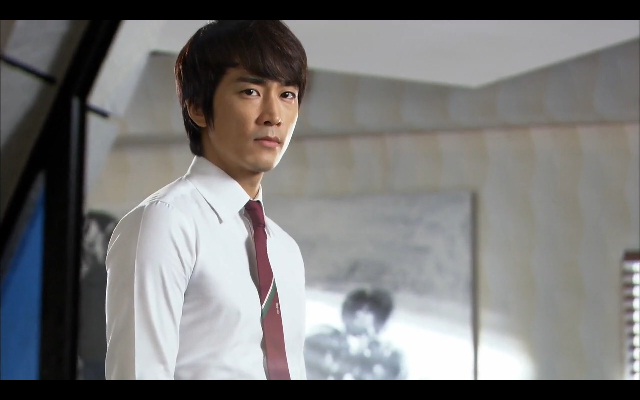 Not a promising halfway point, and at this stage I'm only watching because I have a slight hope that Mi Do might grow some sense and realize that Tae San is worth it. Only problem is I definitely don't think she's worth it.
Email Post
Labels: dramas Korea Series updates WAML