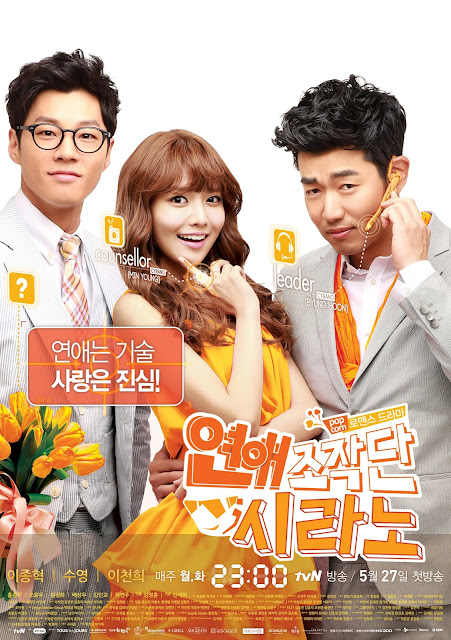 Watching Cyrano felt a bit like walking downhill. The first impression was so full of promise and charm, but as you make your way down it slowly loses steam until you're flat on the ground again. I'd heard from others that it had no hook, but didn't grasp what that meant until midway through episode 2 when I caught myself dozing off. Good news is there's nothing potentially offensive about its premise or cast, but bad news is I don't find myself caring much for any of it.

Cyrano did make a pitch-perfect entrance. This is how you grab an audience's attention and build up the likability of your lead character from the start. We're introduced to our heroine through her work at a match-making agency and immediately conclude that she's a complete romantic. We're left unaware of how her bumbling but sweet client's case ties with the titular agency, but are led along for a sweet and charming ride until BAM the random, hilarious resolution comes.

In short, the intro sequence was so cute and engaging that it set me up to receive more than what ultimately surfaced over the next two hours. I can't quite place what's off: the Lee Yoon Ji case is unique and quirky (but does feel overdrawn by midway through episode 2), the leads have decent chemistry despite the age gap, and the heroine is surprisingly likable despite her idealism (I totally get the praises for Soo Young's acting now). But I feel zero push to watch any further, and honestly didn't even quite make it to the finale of episode 2's case. 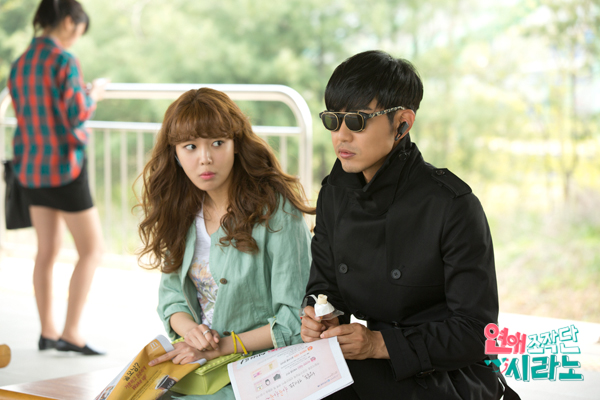 I think the key problem is that by making everyone so harmless (aside from weirdo second lead, who just feels like he stepped into the wrong drama) the story inadvertently killed its own interest potential. The girl is a naive romantic, the guy is a brusque coldie who very likely harbors a tragic past (but at least he's not rich). We get cases to fill up the time between their development arc.

See? You can predict what's to come from the start, leaving nothing in the fold. Even more importantly, the romance has none of the "squeal" factor that raises addiction. Instead, it feels disappointingly lukewarm for a show about love, which may have to do with its random pairing of a very senior actor and a very junior actress (not to mention I keep flashing back to her shallow cameo in AGD and wonder if either of them saw this coming). Yeah, the chemistry is there, but it's more of the innocent, smile at each other kind than the jump each other with passion sort (check out Nam Gyu Ri's chemistry with her two guys for comparison). Combined with a procedural plot, the story just lost my interest.

However, I do think it stands up well as a low-stress, fun romp amidst the more addicting but consequently more sapping shows on-air. Itazura na Kiss already fits that bill for me, so I won't be adding on another. But I do see why people like it, and if you have room on your plate and want some relief from high dramatism, this will probably be the show for you.
Email Post
Labels: dramas Early Impressions Korea