I Hear Your Voice: Episodes 7-8 Review 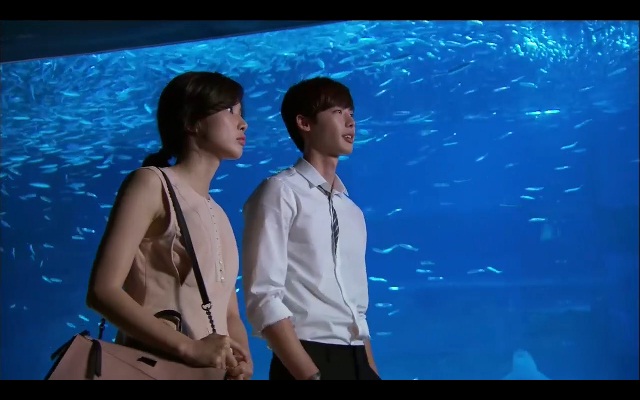 Alright, who else snapped to attention after episode 8? I'd heard vague spoilers that it was sad, but it was far from merely sad - I would better describe it as sweeping, heartfelt, and just a perfect way to close-out the halfway point. I'm so excited and nervous for Soo Ha. We all know a time skip is coming though, because the trial date is set for July 3, 2012 and this Wed's airdate is July 3, 2013. So I'm betting we start the story up in the present, and gradually flashback to what happened one year earlier (especially since this show loves playing back-and-forth with time). This is nerve-wracking, because the skip basically confirms that everything Soo Ha was planning for at the end of episode 8 folds out. But the good news is he's officially legal and the real romance can start up!

I'm glad this show wasn't afraid to raise the stakes and kill Hye Sung's mom. It was incredibly tragic, but we needed this to comprehend just how serious Min Joon Gook is about his revenge and therefore how twistedly justified Soo Ha is in plotting his revenge. I was actually amazed that episode 8 managed to make room for so many of the different emotions and themes it was juggling. You have Hye Sung grieving and desperately fighting for true justice, Kwan-Soo suffering an immense personal vs. professional conflict, and Soo Ha finally confessing his feelings. Which he does in absolutely the best, most perfectly-shot scene ever - who cares about how short or closed-lip a kiss is when you have such high emotional stakes behind it? And the aquarium - amazing backdrop.

The acting is especially deserving of mention. I haven't cared much for Lee Bo Young, but that moment when she's sobbing after she learns about her last conversation with her mom was really wrenching to see. And for Lee Jong Suk, the goodbye kiss complete with the two separate teardrops was brilliant. They breathe so much life into their characters, and manage to really sell the relationship despite all the barriers.

The only faults I found in this set of episodes were in episode 7, which was easy to watch but narratively far less interesting (and lightyears more shallow compared to 8). I got annoyed a couple times by Lawyer Cha. I love Yoon Sang Hyun, but his character is, to put it nicely, gratingly idealistic (and undeniably naive and trusting). The writer is trying too hard to paint him as a perfectly nice guy (perhaps in hopes of swaying some people onto his ship). But he tends to come across as flat and very one-way in his thinking, especially next to the nuanced, humanly imperfect Soo Ha and Hye Sung. The Min Joon Gook trial was the most interesting use of his character, just as the newspaper man was probably the most unoriginal and predictable.

By far though, the character that grates on me the most is her boss. Ha, what a joke for there to be a boss like him. The level of unprofessionalism he displays at times is just stunning. The favoritism, the off-handed blackmailing in episode 7, the constant yelling; even though the drama tries to play it all off as a joke, there's some undeniable judicial problems here. He has some good insights stuck in between the failings of professional conduct, but he's portrayed (and/or written) as such a sourpuss that I'm never on his side even when he's right. Is he meant to be respected or liked? Because right now all I want is for Min Joon Gook to off his surliness from the show. Which I know won't happen. 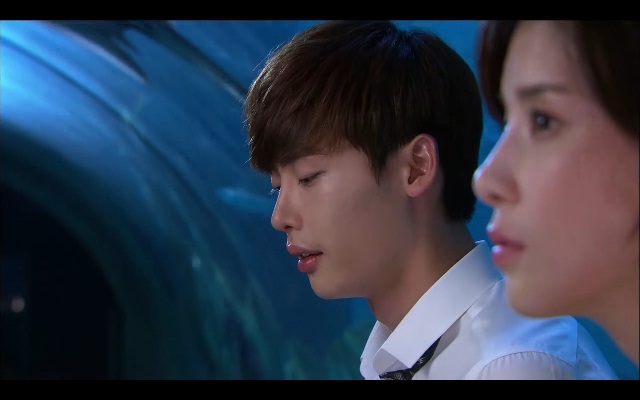 Hopefully Soo Ha succeeds in his plan, even if this does mean he becomes a murderer. I'm ready for the Min Joon Gook arc to end, but at the same time I realize that it probably won't, because there'd be no conflict without the grand villain. As much as I hate him, I admit he's pretty compelling as far as Kdrama bad guys go. He's sickly smart, determined, unscrupulous, but also has those rare flashes of humanity (e.g. when Hye Sung's mother made him soup for his birthday - not that it did any good, but it was a soft moment). In short, he's just too narratively rich of a character to be killed merely at the halfway mark.

My guess is Soo Ha attempts to stab him but fails, resulting in a short sentence for attempted murder of one year. Min Joon Gook in the meantime will be temporarily incapacitated (perhaps a coma) but will come back to life right as Soo Ha is released. And then they can play this game again. Even if this all happens, I trust the drama's writer enough to believe that she'll inject something original and surprising into round 2. But please don't extend the show - it's going so perfectly in terms of pacing and plot. 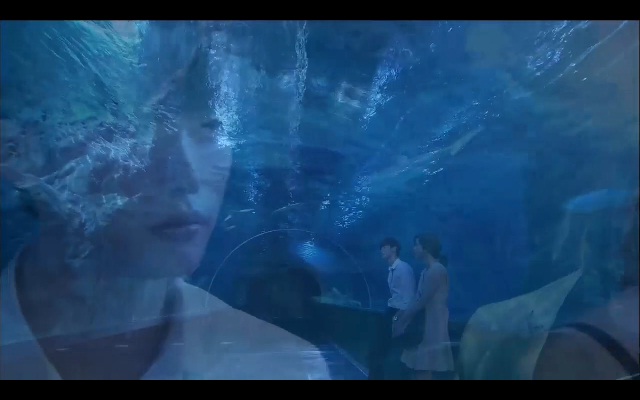 The thing that really showed me how well-planned this show is was the epilogue - just when we think we know everything, we see a small but key moment that suddenly elevates the goodbye kiss. If anything, it also proved that the end game is Soo Ha - Hye Sung. At this point, how could it not be? Age is no longer a barrier, and he's clearly #1 in her life.
Email Post
Labels: dramas I Hear Your Voice Korea Lee Jong Seok Series updates