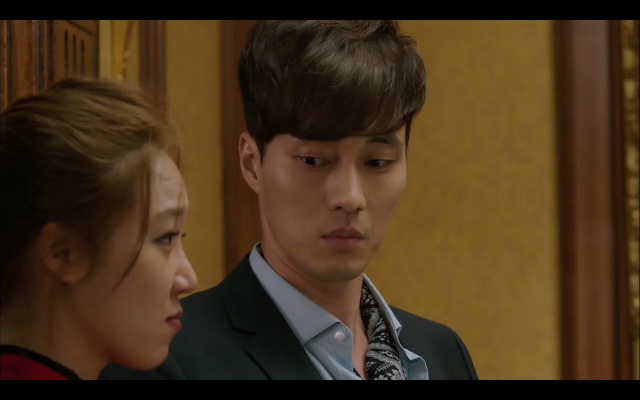 Episode 5 drew me back-and-forth and left me conflicted on my love for this show. It's probably my least favorite episode so far, but for reasons completely unrelated to the leads, who continue to be gushing chemistry. I've come to the conclusion that the biggest reason why I like this show is the PD, who does magical things with music and shots (everyone's gushing about that glass window ending sequence, and for good reason). If someone other than he had gotten a hold of it, I highly doubt I would be enjoying this even a fraction as much. Because the script is utter crap and the Hong Sisters need to retire as far as I'm concerned.

The writing flaws really came to the surface this episode, which was nothing short of mundane if you look past the sheen of beautiful directing. I'll admit, that gay-feint they pulled midway through really pissed me off. If you're going to write that in, why not carry it all the way? Why chicken out and decide to pull out some half-assed, cross-dressing drama-ripped resolution? I think I'm especially disappointed because I want so much to for once see some recognition for homosexuality in dramas that isn't tragic or censured beyond recognition. And I thought we were finally going there, only to of course be let down in the most anticlimatic of ways. What made it worse is that the story afterwards made no sense. That girl looked nothing like a guy, and I can only assume he had some disease that made it hard to see her boobs, her very obviously tied-up hair and her shrill voice.

The second grievously predictable plot point was when second-lead girl showed nervousness around second-lead guy. Are we going to get saddled with another second-lead pairing extravaganza? I actually like the characters separately, but have zero interest in watching their love blossom. I also see no chemistry between the actors. If they resort to filling up screentime in the latter half of this story by showing them "fall in love," I swear I'll gag. 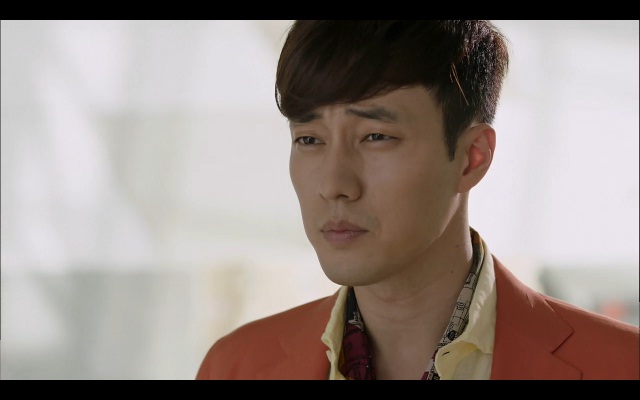 On to the good stuff - absolutely the directing. It toes the line on staying creepy enough for the genre but balanced on the humor. I could do with less CGI horror faces, but otherwise it feels solid. The real gold are the moments between the leads, and those shots where it's clear the PD actually put in thought and imagination. He's also got amazing taste in music - all of the dramas I've watched of his have had wonderfully coordinated soundtracks. The lean towards instrumentals since City Hunter is also a plus, and I love the slightly nutty background music used whenever the two leads casually interact. 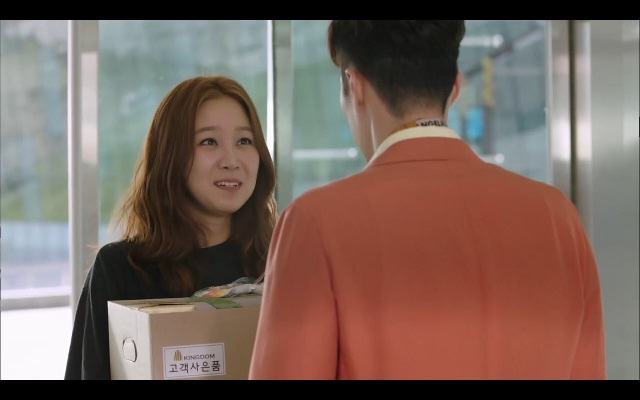 I did enjoy this episode, but it leaves me very nervous about what's to come. Hongs are famous for flopping on the dramatics by the end, and I can see that's exactly where we're headed. Possession risk? Well, of course that means Hee Joo and Tae Yang will have some body-battle. For now though, I really want them to stop on the cheesy, borderline unwatchable mini plots. If you're going to do something like that, then work with your strengths and go for out-there humor (which is what made the first part of today's arc so great, before it took a nosedive for the cliche and melodramatic). Please let's move into something deeper, or at least more funny, for the next episode.
Email Post
Labels: dramas Korea Master's Sun rants Series review