The image above is a giant heart, in case anyone tried but failed to see (try relaxing your eyes, peering up close, then slowly backing away). If you're like me, you may have been left a little cross-eyed after staring at it so long, though it was totally worth it for the squeal effect. How very like Chilbongie to try another (too) subtle prod at letting Na Jung in on his feelings. 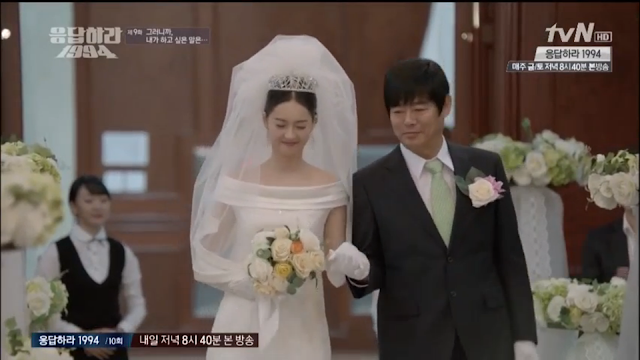 I'm becoming steadily more and more certain that Chilbongie is the long-run. His screentime with Na Jung has pretty much completely overshadowed Oppa's. Also, if we're putting any credit on the physical looks of the groom, the hair and stature are totally more Chilbongie. 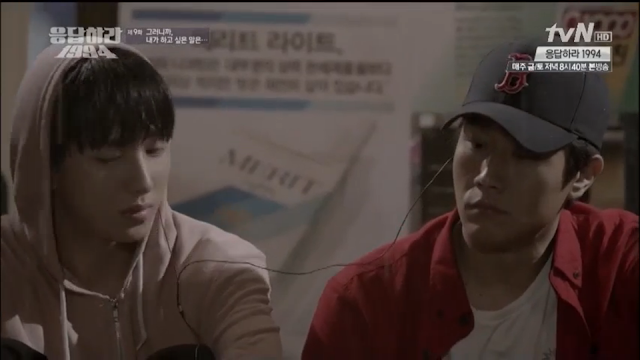 This episode was also interestingly heavy on Oppa and Binggeure. I'm not confident enough to say Oppa's for sure gay, but there's been enough hints weaved in that this is the only answer that really makes sense to me. Recall that he broke up with his girlfriend because he didn't even notice her hair color (which indicates female disinterest). He also barely blinked at Na Jung when he walked in on her shirtless this episode. There was surprise, but no detectable sense of attraction. He's also weirdly handsy with Binggeure, and certainly seems more excited by him than Na Jung. I don't trust K-dramas to have the confidence to write a full-on gay romance, and the episode's ending made it seem like they were playing up the brotherly bond. Nevertheless, I'd personally much prefer it if they took the risk and gave us him and Binggeure. If not, I suspect we're going to see a cameo of Hoya as Binggrae's boyfriend at the end.

I'm hoping we make headway on the confession next episode. We are starting to see hints of Na Jung reciprocating Chilbongie's feelings, if the constant phone calls and the earnest commitment to making his game were any sign. I just want us to start building momentum.
Email Post
Labels: Answer Me 1994 dramas Korea Series updates