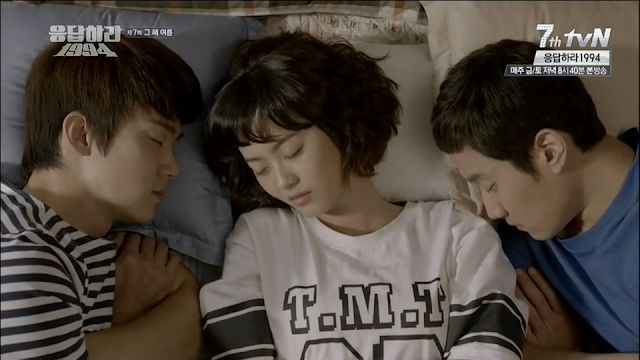 I wasn't a fan of 1997, but despite the similarities, 1994 works for me. The single biggest reason is the main romance - I love Chilbongie, and want to see him slowly win the girl (which he better). Another reason is I like all the supporting characters here better. They feel more fleshed out and less like the shallow caricatures of the original. I'm also surprised to say this, but I actually like the secondary pairing here of Yoon Jin with old-faced guy (whereas the secondary couple in 97 grated on me). So far things are going nicely, and I'm just dying to figure out the final couple, partly out of dread that she picked Oppa but mainly out of hope that she grows a brain and picks Chilbongie.


My main issue with the show is that it shares the same penchant for draggy, unnecessary dialogue as its predecessor. I usually can only bear to watch it while doing something on the side, although admittedly episodes 7-8 picked up dramatically (no doubt owed to Chilbongie's larger presence). 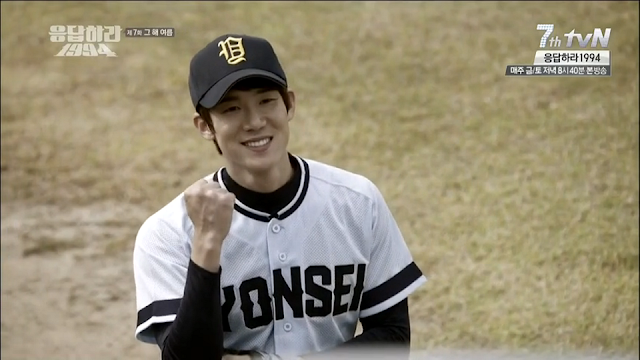 As I've made clear, I'm 100% on the Chilbongie ship. I find sibling-esque relationships between people who grow up together to be fundamentally weird and I also don't find Oppa to be attractive, at least compared to Chilbongie. Chilbongie is too adorable for words, especially as of the last couple of episodes. The way he secretly beams at her, the kiss, the bashfulness - so freaking cute. 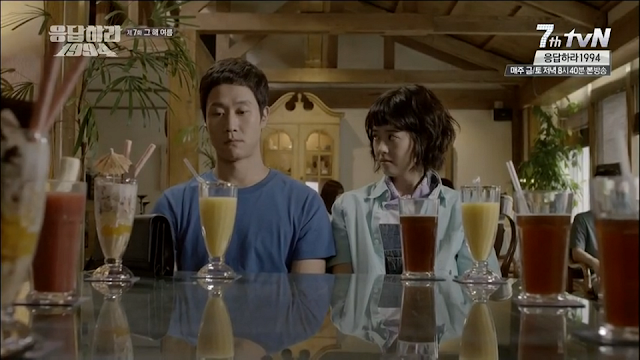 Oppa I find almost artificially inflated on the character level - of course they had to write him as somehow popular, sporty, and smart despite his grossness at home in order to make him palatable as a romantic lead. I don't buy that, whereas Chilbongie feels real and complete to me. I also find Na Jung frustratingly sappy and pathetic around Oppa, which essentially destroys her charm as a character. I'm hoping she moves on fast, but knowing this show it's going to drag out the drama for ages. 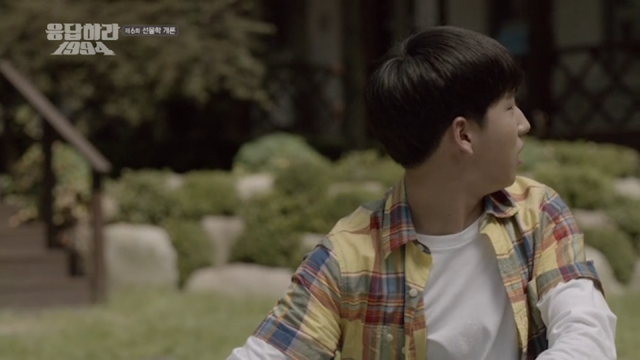 The one thing I do like that involves Oppa is his relationship with the smitten Binggeure. I get that it's a total rip-off of the original's Joon Hee (who was about the only person who made 97 palatable for me), but I'm holding a small hope that maybe this time things might work out in the boy's favor. It most likely won't, given Oppa's recent weird interest in Na Jung, but who knows since he hasn't shown full interest in girls yet and is essentially now tied to weekly dates with Binggeure. If that could happen and Na Jung ends up with Chilbongie, that would be perfection. 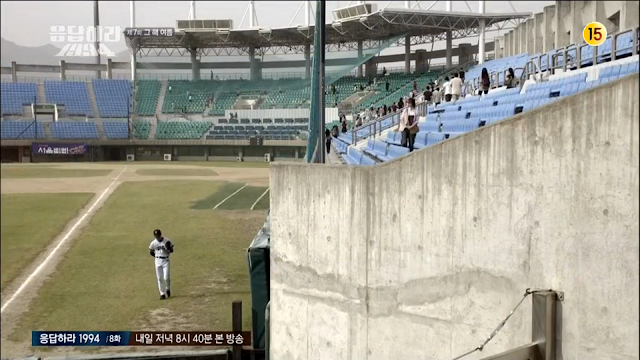 I'm surprised too by how much I'm enjoying the show, though I wish they'd hurry up with the final husband reveal. Of course, if it turned out to be Oppa I'd probably tune out immediately. Please please please be Chilbongie. 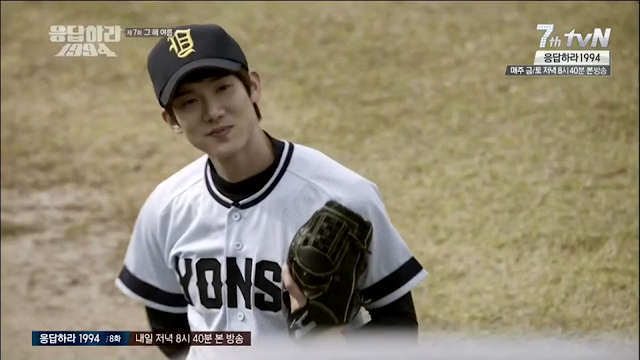