Instead of the usual year-end drama review set, I thought I'd start things off with a look-back on all the heroines we encountered this year. Overall, this was a bad year for them. We got lots of pretentious, self-absorbed girls, a couple outright idiots, and several purposeless flower vases. I'm admittedly a harsh critic of female leads, because they really do need to thread a fine balance between relatable, smart, and interesting for me to actually feel invested enough to care (normally I just watch for the guys, cause who are we kidding).

Once in a long span, there comes a lady who makes me care enough to watch for her own right. My top two to date are Ma Hye Ri (Prosecutor Princess) and Cha Bong Sun (Me Too, Flower), and I am happy to say there were a couple good ones this year. But most of the time though, we get ones like those in the "Worst" and "Indifferent" lists below.

Seo Mi Do / When a Man Loves 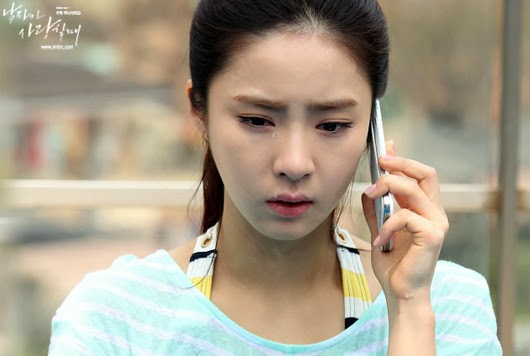 I saw all these videos of fans trying to show behind-the-scenes footage from WAML in an attempt to prove that Shin Se Kyung's not actually a bitch in real-life. Well, a bad character's a bad character, and it's made all the worse when combined with still-faced, inept acting. Which Shin Se-Kyung is guilty of, cute or not cute in real-life aside.

Time has eroded most of my qualms with this drama, but who can forget the two-timing, the flying-through-the-air car accident, the fake amnesia, etc.? Yet at least she ended on a good note, and all-in-all this was one of the more addicting shows of the year, so not a total loss (but definitely the winner of worst heroine). 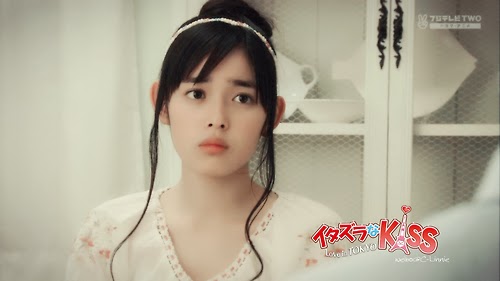 I can't believe I sat all the way through this crap remake, and the awful, horrible acting from all parties. The heroine takes the cake here for most stupid character paired with most elementary-school acting. Looking back, I'm literally ashamed of wasting about ten hours of my life watching some 16-year-old half-baked actress prance around like an idiot on the screen. I think I've said enough. 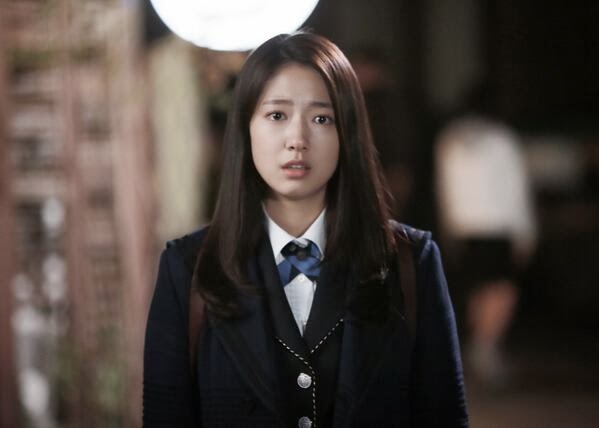 Well, the world seems to finally be getting the memo that Park Shin Hye isn't a very good actress, and is near impossible to connect with on-screen. She does a good job crying, though that's also what turned me off the most to Eun Sang as a character. Seriously, what a whiny little brat, at least through the eight episodes I watched before dropping the series. No backbone or any endearing qualities I could see, and with a penchant to sit around moaning over her first-world problems of lacking a Louis Vuitton and being the object of a perfect rich guy's affections. 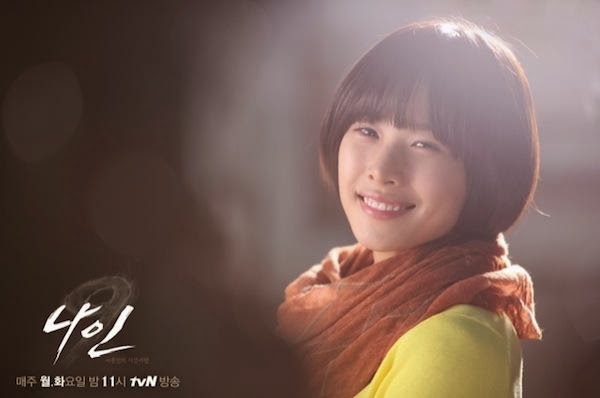 I'm allergic to Jo Yeon Hee, and try as I did I could not get behind her Joo Min Young, who was dazzlingly shallow and ditzy (she was either crying or bouncing around like a monkey). I didn't care a whit about the main love pairing, and frankly thought it spoiled an otherwise near perfect drama. I've expressed my frustrations in my Nine review, so won't restate them here. 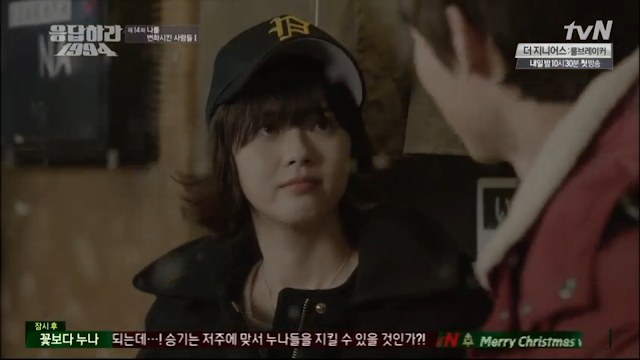 This is probably the most contentious on my list, because by all rights Na Jung wasn't that bad. She started off quirky and interesting, and her only fault was to be stuck between two great guys. But characters need to make me feel invested and able to relate with them, and from about episode 10 on I was fundamentally unable to do so. It wasn't just the Trash choice, though that played a defining role. It was that once she chose Trash, she stopped being independent, funny Na Jung and transformed into a lovesick girl willing and seeking to live her life cleaning up a guy's trash (literally). I couldn't get behind that, and I just could not respect a character who chooses that at the expense of living out and deriving meaning from her own life. Yes, it's the 90s in Korea, but I'd hoped for more depth or at least drive from her, husband choice aside.

That's the core issue I take with the 1990s writers, because all of their girls, no matter how unique they start off as, come to be defined by marrying famous, successful men and spending their days living in their shadows. This is true for Mom, Shi-Won, and now Na Jung. They even go so far as to refer to that, e.g. when Shi Won and Na Jung's dads discuss how their daughters married well. Try as I might, I can't not care about that. 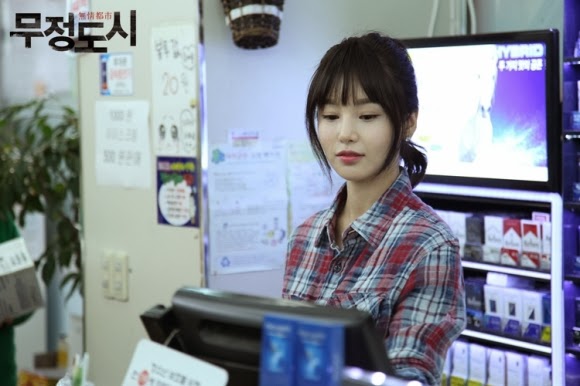 Nothing really to say, except that this girl kind of became pathetic as the writing lost its rails. She sleeps with the guy, then unleashes the bitch parade, then falls into wallowing love (with no rational transition between these stages). I dropped the show shortly after that, but suffice to say she never made it out of empty pretty face territory as a character. Greatest waste of potential. 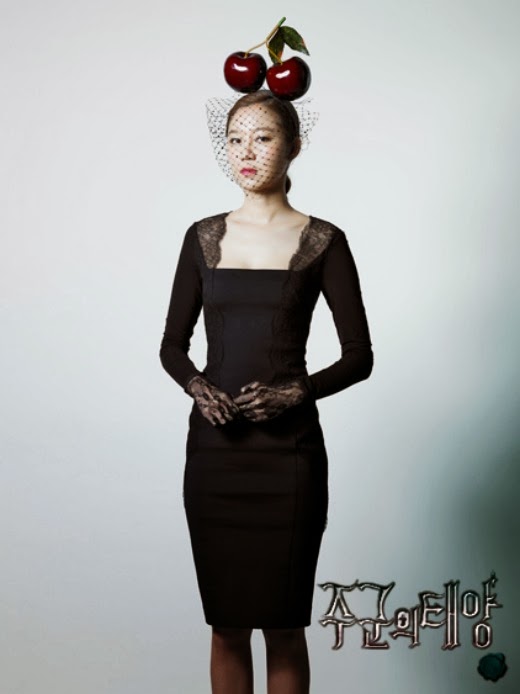 I didn't finish the last two episodes of this drama, but I generally remember Gong Shil with fondness. She was hilarious and easy to get behind, with the exception of that idiot car stabbing incident. That, plus her wishy-washiness in the final few episodes knocked her down to the indifferent category. Likable, but not consistently great. 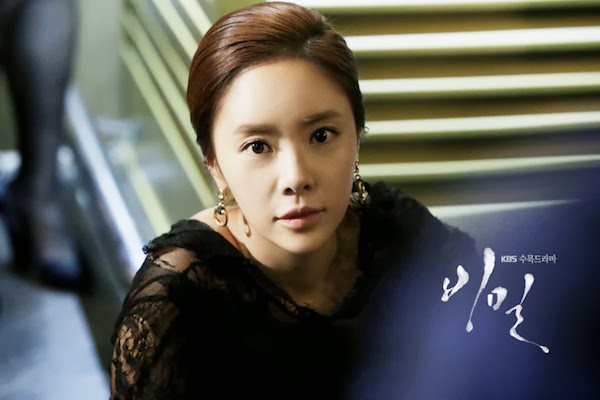 I should have hated her wallflower-like character, but as I mentioned in my series review, there was an occasional resilience to her character that made it impossible to actively look down on her. At the very least, she never did anything majorly offensive, and it was easy to watch her go steadily down her path. And she had great chemistry with Ji Sung. 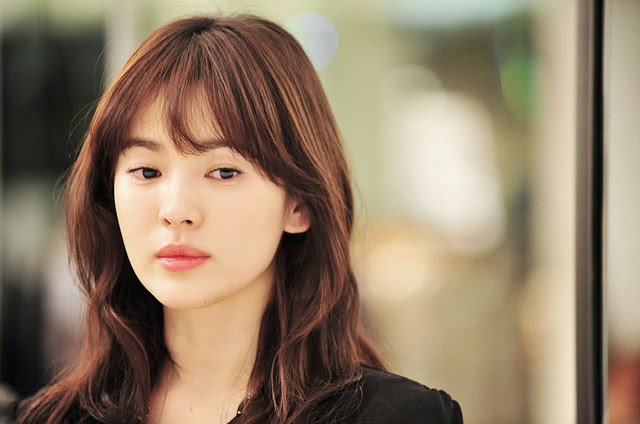 Song Hye Kyo never looked prettier, but this drama was a rather substance-less piece that ultimately failed to deliver. Same with her character, who started off with an incredible steel will that slowly whittled away under the heavy dramatics of the series. I didn't finish the show because I lost interest.

Bok Jae In / Incarnation of Money 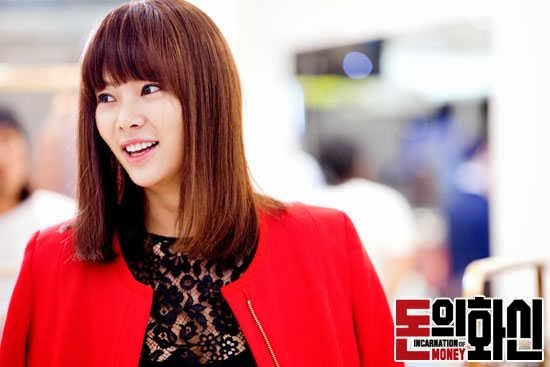 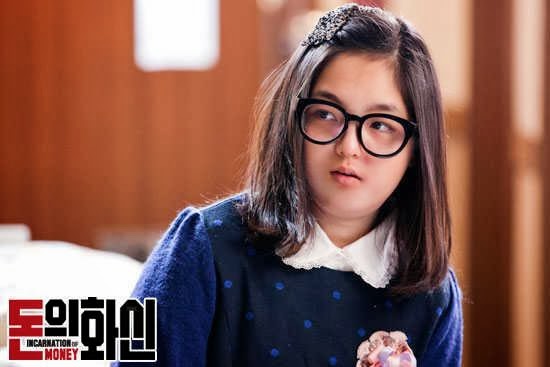 I have no idea what to think of this character, because she was easily the most ridiculous girl in dramas this year. I also didn't finish the drama because of its excessive courtroom dramatics, but the reason I got as far as I did was largely because of her. Jae In starts off as an adorable overweight girl with a crush on our leading man. She winds up getting plastic surgery later in life (yeah, it's not the most realistic drama), which transforms her into the Hwang Jung Eum we know. I'll admit she started getting a bit tiresomely repetitive following the second time skip (and the return of the bob cut), but she was cute during the fat phase and a welcome comic relief for much of the early episodes. 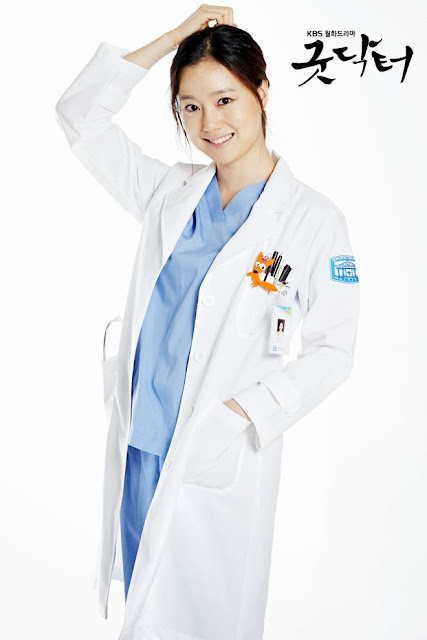 She's admittedly one of the more boring heroines of this year, but seriously who can't get behind a girl who somehow finds a way to love her autistic but sweet coworker? She's the puppy dog of this list, which is appropriate because Joo Won was pretty much the same in this drama. And Moon Chae-Won is just universally great in all her roles, so I give her the credit of fleshing out what could have been a dry as bones character. 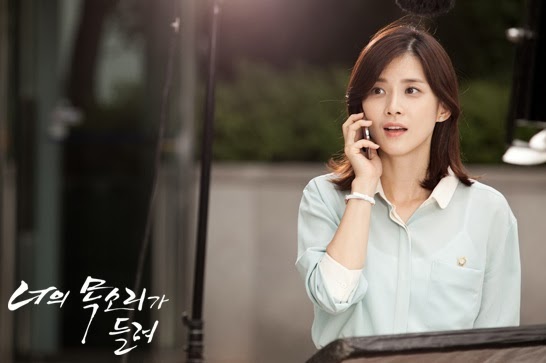 There are now two names I think of when I recall lawyers in K-dramas - Seo Byun and Jang Byun. She was easily the best written and best acted female lead of the year, and truly a refreshing break from the stereotypical wilting rose types we see. I loved that she was sassy, self-confident, evolving, and perhaps most importantly, wasn't afraid to choose the guy I was behind despite all the odds. I probably would have still liked her regardless, but you can't deny that her unflinching ability to pursue the one she liked, with little of the dramatics we see in other shows, was a treat to watch. I could totally see why Su-ha was smitten with her.


While few ladies were a hit, at least we got a good variety of characters and representations to pick and choose from. Hopefully next year can bring us a better offering.
Email Post
Labels: Gong Hyo Jin Hwang Jung Eum Nine Park Shin Hye Song Hye Kyo Year-end reviews