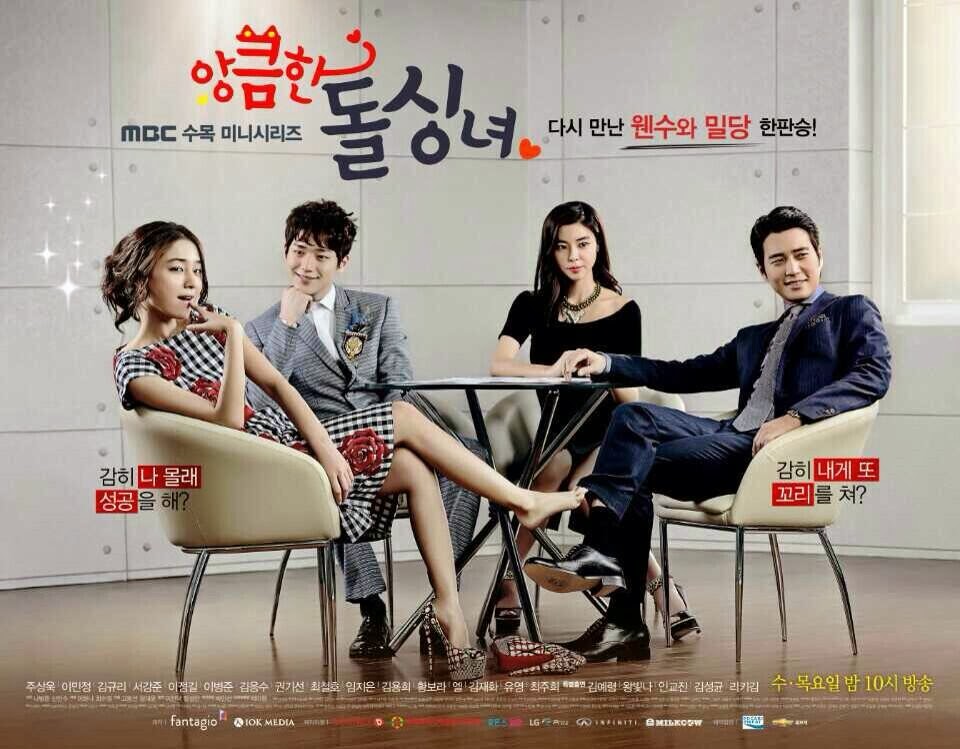 Definitely made a mistake starting this drama so early in its airing. I adore Cunning Single Lady (aka Sly and Single Again) so far, and it's got all the makings of an addicting and fun show. I like Lee Min Jung's quirky heroine, Joo Sang Wook is the sexiest I've ever seen him, and I'm already getting a bit of second-lead syndrome. This is the first of the exes-getting-back-together shows I've seen, and I'm surprised by how well the strange plot device works here.

Lee Min Jung plays the fairly unconventional Ae Ra, a woman who essentially dreamed of being nothing more than a housewife, then divorces her poor entrepreneur husband after four years of laboring to support them, ironically right before he hits it big. 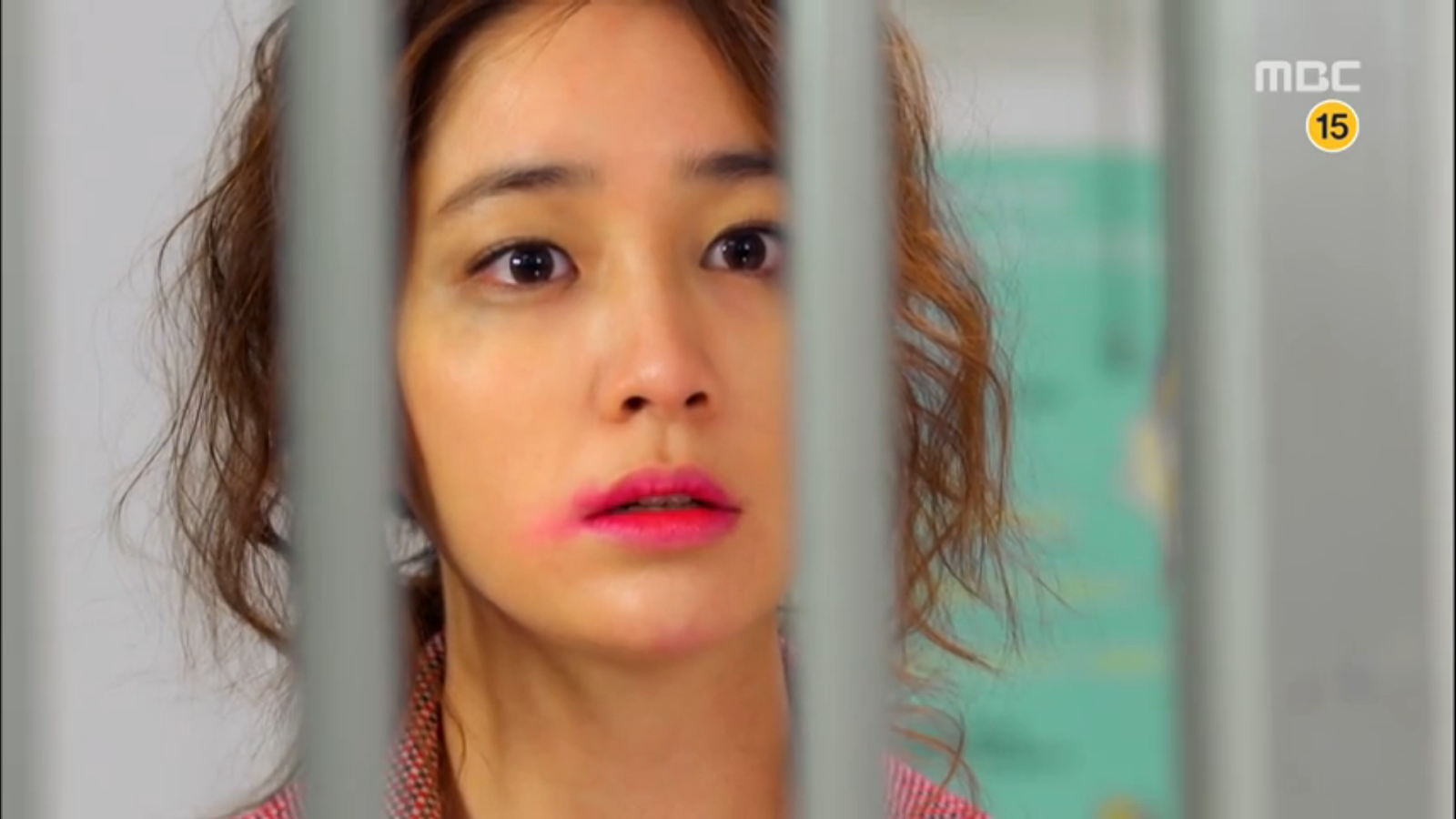 Ae Ra could easily be accused of being selfish and disloyal in her decision to leave her husband. After all, he seemed to have been continually nice and well-meaning to her. Despite that though, I really like her, and Lee Min Jung is magnetic in this role. She's a surprisingly complex character who is at least honest about her faults. She admits to liking money and in the beginning feels warranted to a chunk of her ex-husband's unexpected fortune. But as the scenes play out, we start to understand the root causes of her behavior, stemming from a rather dysfunctional family. The stupid-family-member-in-debt-to-gangsters trope is so overused now that I just barely resisted the urge to fast forward during that expected scene with her brother, but at least it gives us some justifiable context for her characterization.

It's also quite obvious that there was a miscarriage somewhere along the way, and that she apparently never told her ex. It's another cliche, but I guess we'd otherwise never support her getting back with him. I'm looking forward to that realization on his part, because it certainly is juicy drama fodder. 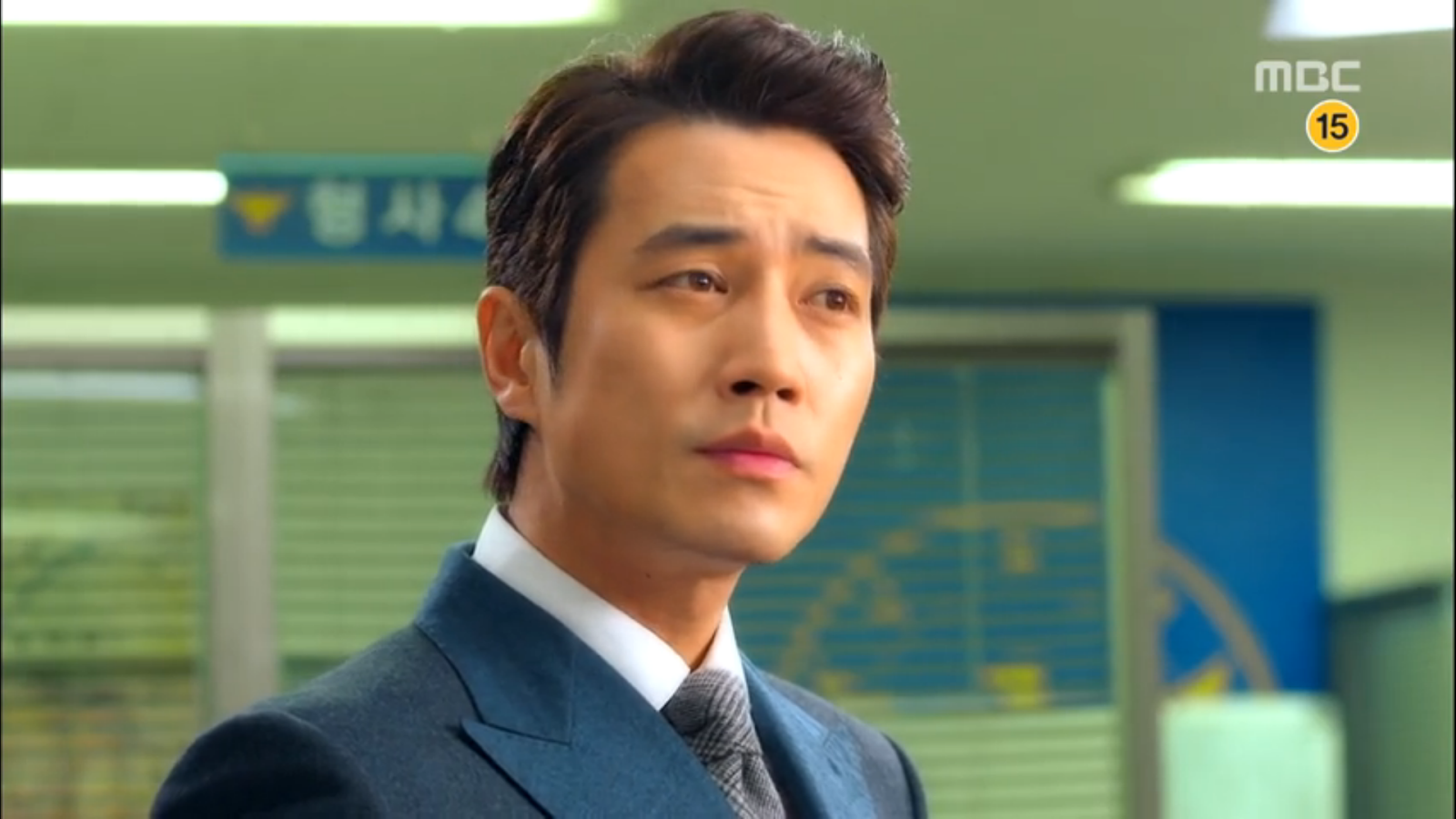 Joo Sang Wook plays the ex, who starts off as a studious and shy nerd and essentially transforms himself into a chaebol. Joo was so cute in his dorky glasses and hair during their flashbacks, and for once I wish the setup had been longer so we could have seen more of their sweet courtship. He's harder to understand at this point than Ae Ra, though it's clear from the fact that he saved his old phone and dream-house model that there's some residual feelings left. I like that he's clearly savoring the opportunity to mock her every chance he gets, and am amused by the bouts of extreme anger he shows when he thinks back to their parting. 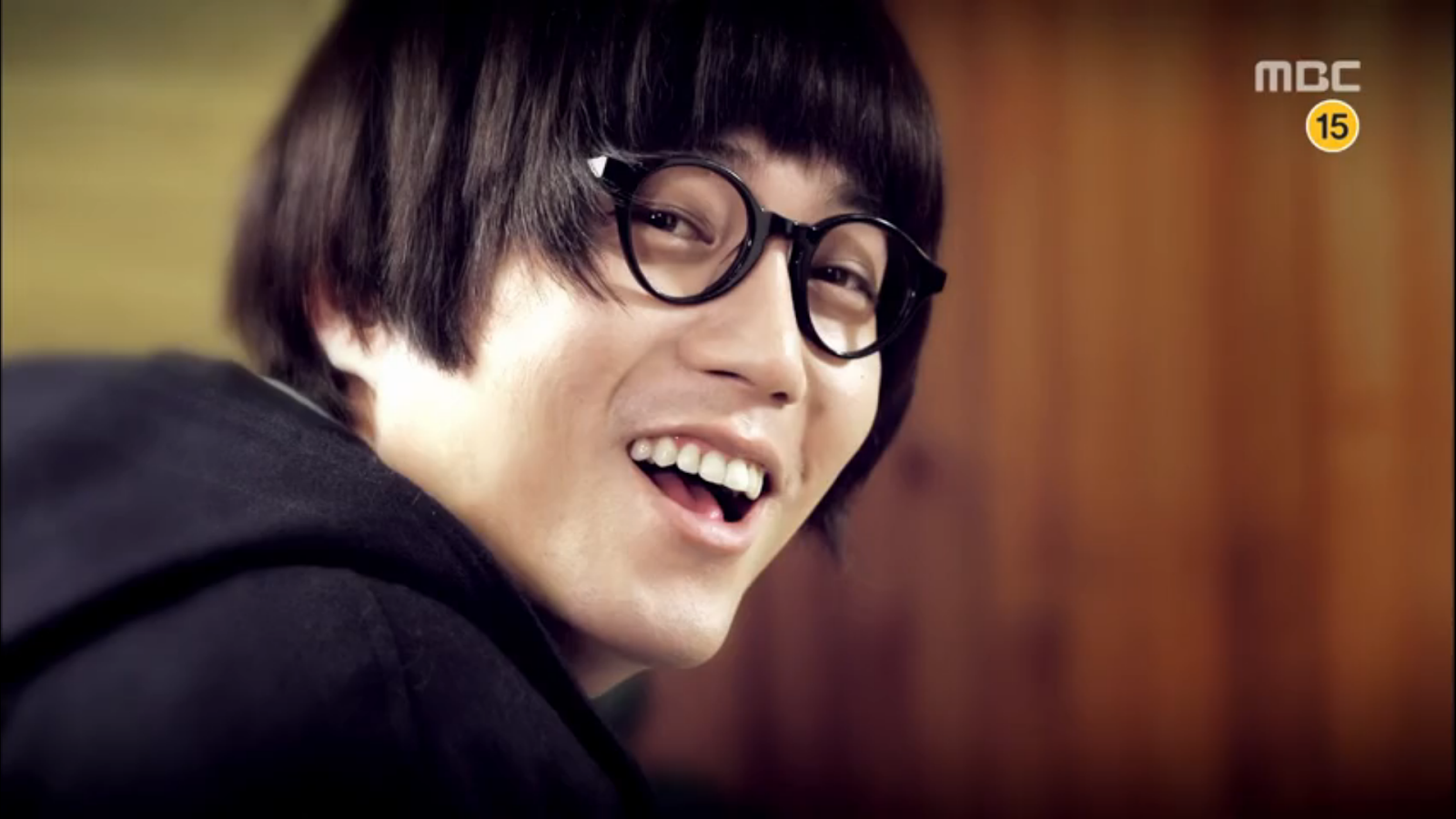 Chemistry-wise, Lee Min Jung and Joo Sang Wook have it in spades, especially post-transformation. He looks and feels like a completely new character, which I suppose is the point, but it also makes the been-there relationship feel oddly fresh in the present-day scenes. Their interactions are wonderfully charged and I can already feel the potential to come. 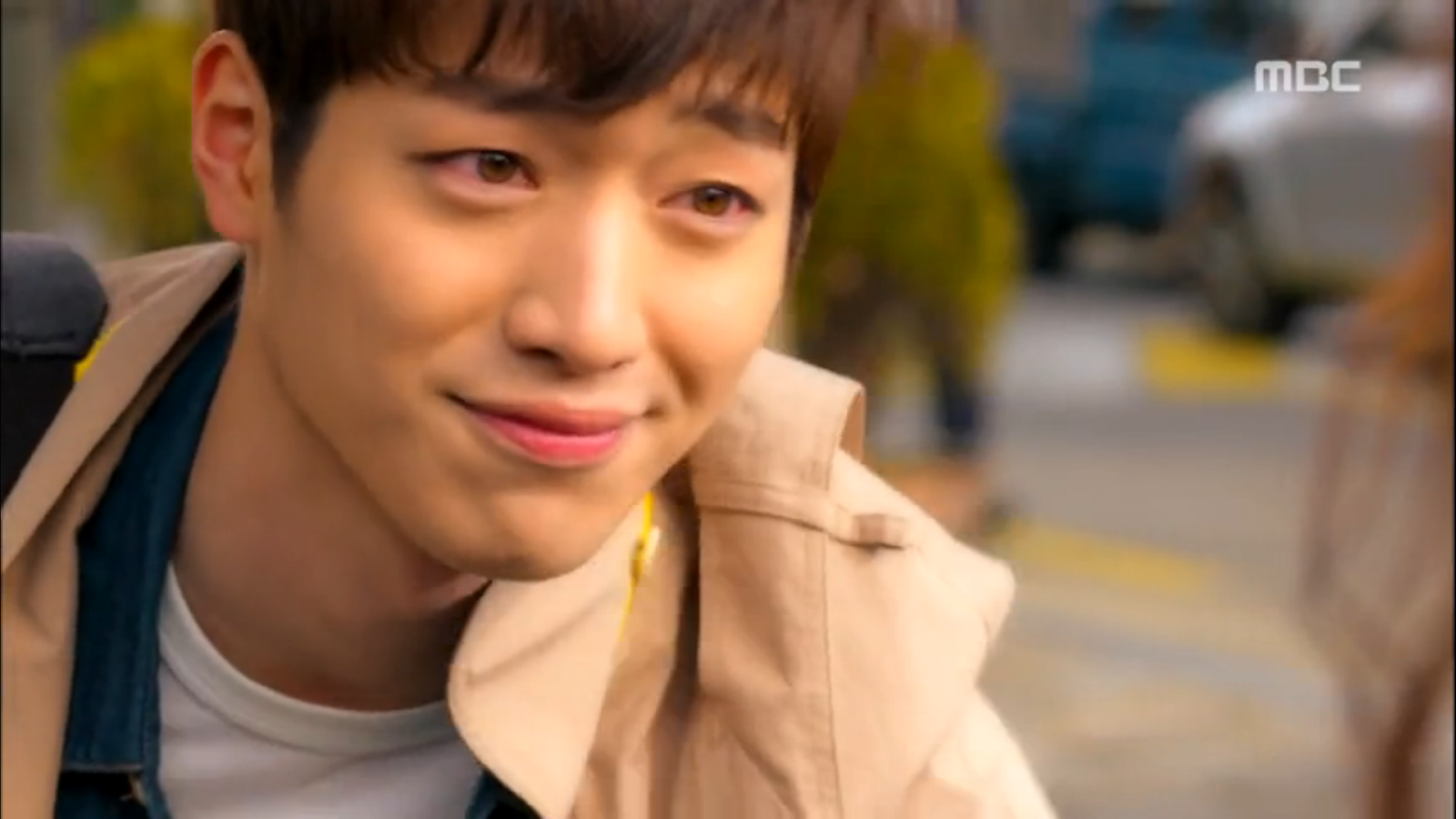 I mentioned the second-lead syndrome, which is going to be very hard to resist given the noona-romance set-up. To be honest though, the actor here, Seo Kang Joon, seems a bit too young even for the youthful-seeming Lee Min Jung, so I'm curious to see how it works out once they get more scenes together. In real life they have a 10-year age gap ('83 vs. '93), but hopefully he'll present an actual romantic threat rather than come off as a harmless child crush. I think the guy's a newbie, so I hope they knew what they were doing when they cast him, and that he'll show more acting chops than the randomly placed L.

The only one I'm not impressed by in the main quartet is second-lead lady, played by Kim Gyu-Ri. Her character is very one-note so far, as a stereotypical rich, snobby woman in hot pursuit of the guy. The dead-fiance tragedy is so far a waste of time, as I don't care and probably will continue to not care a whit about her past or her motivations. I'm also just not a fan of her looks, which are blatantly unnatural and continually fixed in a sourpuss expression. 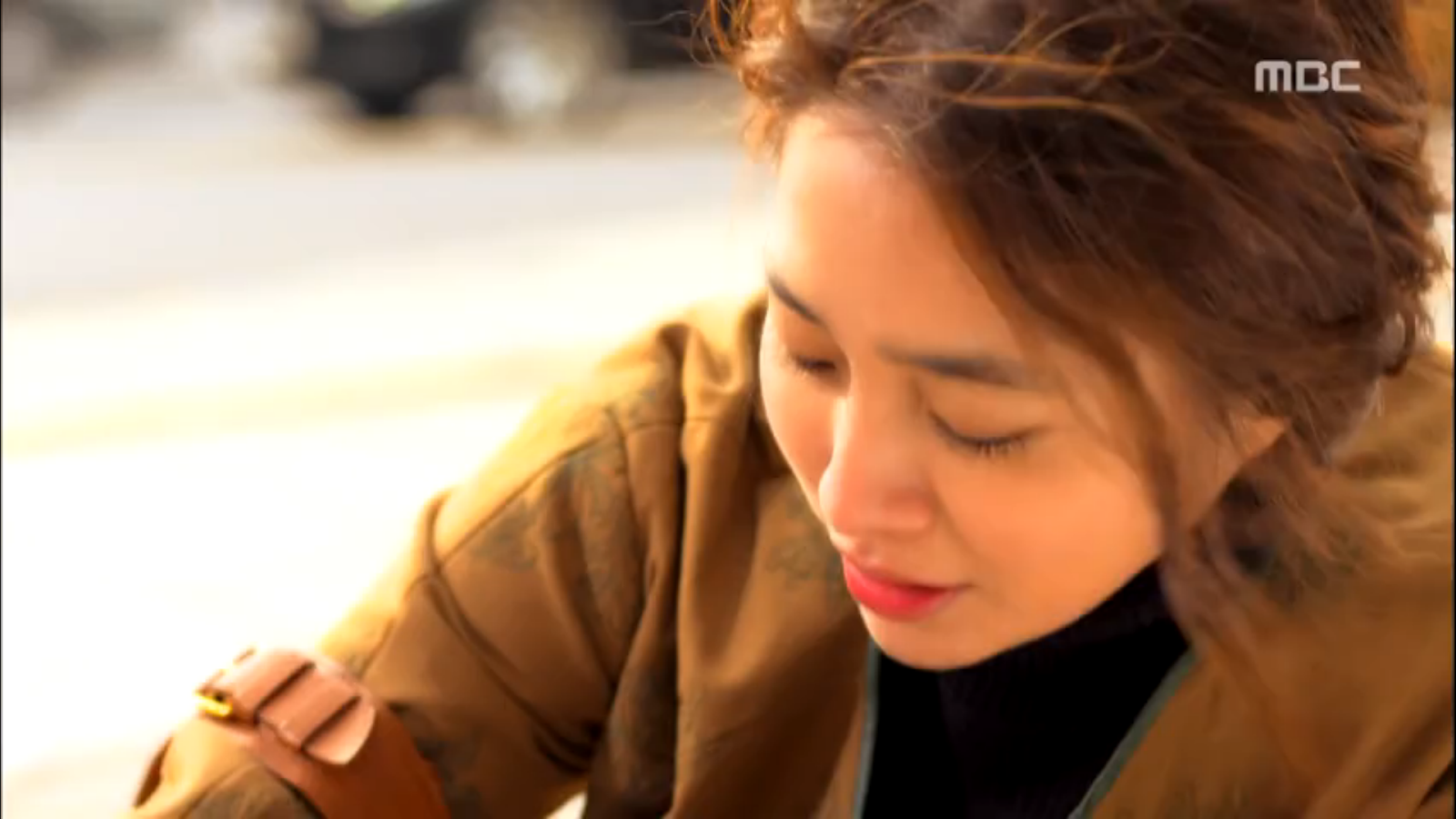 The first couple episodes managed to balance heartfelt stakes with a decent dose of humor. I really liked the random reality-show insert, which ended up transitioning to a dismal situation as Ae Ra finds herself the object of an illicit set-up. It's hard not to root for her given the circumstances, and I'm liking that despite that she still tries to maintain her pride and not give in to the alimony offer. It's going to be hard to keep waiting for the slow stream of airings to come.
Email Post
Labels: Cunning Single Lady dramas Early Impressions Korea Lee Min Jung Sly and Single Again