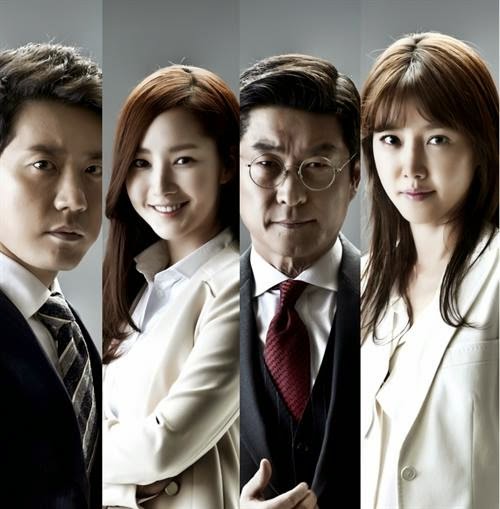 I'm trying to stop starting so many new dramas, but was curious enough about A New Leaf to go ahead and check it out. So far, I like it. It's not entirely addicting, but it's cute and a fairly low-commitment show. The OTP doesn't exactly get me in the heart, but I can see some chemistry and promise. 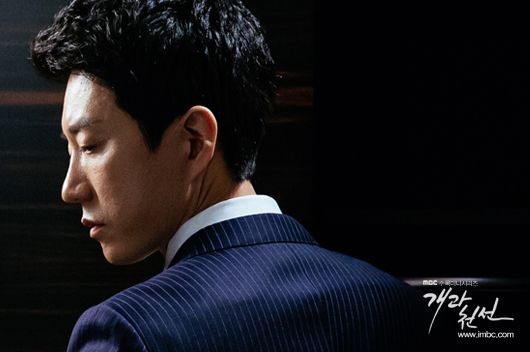 I didn't like Kim Myung Min in King of Dramas, where I thought his Anthony was a rather inflated and frankly dull watch for all his eccentricities. I can see lots of those traits carried over into his competent lawyer character here, but for some reason he's much more appealing in this role. Maybe it's the hair, or maybe it's the nice suits and great posture, but I actually find him mildly attractive. Has anyone else noticed his odd puffy cheeks though? It's like he has a tooth surgery swelling or something. 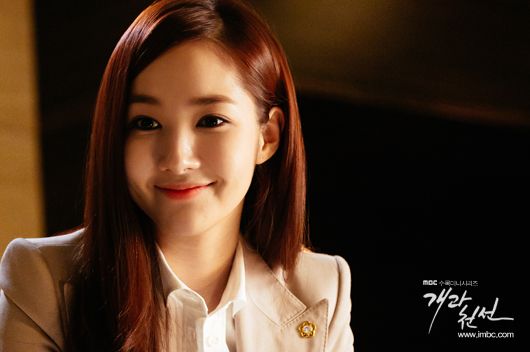 I also generally like Park Min Young here, though again her character isn't all that far from the typical morally-righteous, cheery and cutesy roles she plays. For some reason, even though I've never liked PMY as a celebrity, I find her interesting to watch onscreen. To her credit she generally has solid chemistry with her co-leads, which seems to be true here as well.

One thing that irritates me is that they don't so much as mention the age gap here. It's such a plot pivotal issue in all the noona dramas we see, yet here it's treated like it's perfectly normal for a girl to have spent the night with a guy 10 or so years older than her (and her boss to boot). I'd like at least a little recognition from the show about the sheer implausibility and challenges of this issue, and am disappointed the drama has instead chosen to gloss over it. In fact, I'm not clear why they decided on such a big age gap in the first place, aside from giving a reason to cast a pretty young actress across from big-name Kim Myung Min.

Another annoyance is the plethora of case-related boardroom scenes. I have zero investment in them, even if I at least appreciate that they're willing to tackle complex issues like Japanese occupation and rape. It's just done in such a dull way. Rather than focusing on the victims, we get subjected to some tearful courtroom scenes followed by what feels like ages of debate between the lawyers, prosecutors, and company. There has to be a better way to present this. I believe much of this dullness stems from some rather tacky directing and editing. Scene transitions are often abrupt or simply strange to watch, e.g. that wine-drunk collapse scene at the wedding in episode 1. It was unrealistic and plain laughable to watch her grip and clasp at the guy for about three minutes.

Lastly, the overly righteous tone of the drama is borderline aggravating. Yes, it's unfortunate that he has to defend the "wrong" side in both of these cases, and of course in no version of the world is it right to pay off witnesses. But I'd like to see cases that are a little less black-and-white good and bad, and similarly I'd like to hold off on all of this moral judgement on our lead. At the end of the day, he is a professional, and he's doing his job, and for once I'd like a drama to recognize people for doing that even when they're not necessarily standing on the "right" side. Can I just say I'm also majorly turned off by that actor they have playing his dad, who always seems to get these stick-up-his-arse types of characters (e.g. in WAML). Stop giving me wide-eyed naivete (especially from the young female characters) and give me something that actually represents the vagaries we see in the real-world.

I'll be continuing this drama, and am curious to see where the amnesia arc takes us. Hopefully things get a little less cookie-cutter predictable.
Email Post
Labels: dramas Early Impressions Korea