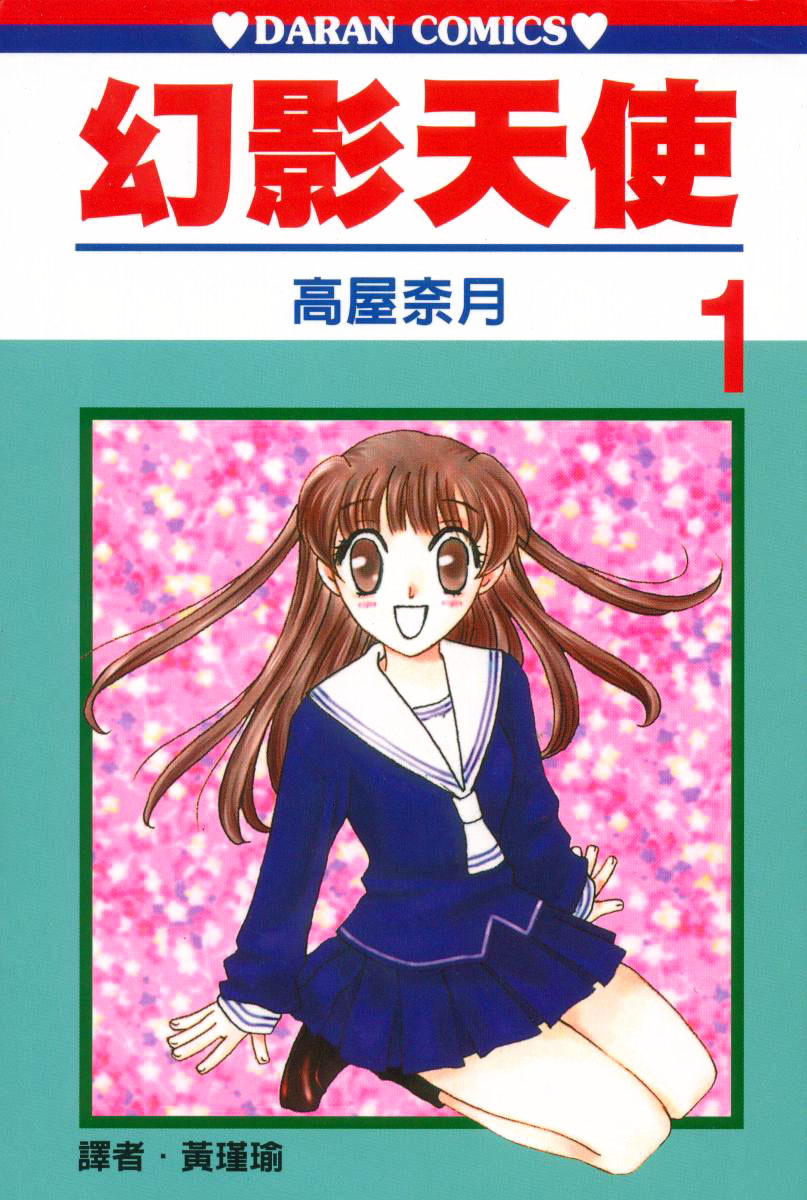 Fruits Basket is one of the select few manga series I've finished completely, and even more amazingly, reread. When I first picked it up, I was admittedly put off by the art (yes, "pretty" as it supposedly is). There really is such a thing as too-big manga eyes, and FB definitely went overboard with that. But the story was cute, so I stuck with it and once Kyo got involved I was hooked. Initially, the series didn't seem like much more than your typical romantic, meaningless high school manga. But once the story got into full swing, you start to see that it has surprising dimension, with characters that are each deeply complex with their own histories, tragedies, and motivations. It's a fascinating read for a rainy day, because as sad as some of the story arcs are, at the end of the day this is a tale of optimism. Note some spoilers ahead.

The series revolves around a girl named Tohru Honda who gets in the midst of a family that's cursed by the spirits of the zodiac. At any one time, there are 13 people within the family that are "cursed" by one of the zodiac spirits, one for each of the 12 zodiacs and another one for the cat (since legend says the cat was fooled by the rat and consequently missed the banquet that defined the 12 zodiacs). Whenever a cursed member is hugged by someone of the opposite sex, they transform into that animal. It's a really nonsensical premise, but it also creates an unusually compelling backdrop. As you slowly learn, the cursed members not only struggle with the relationships they form outside the family (especially in terms of meeting those of the opposite sex), but also with the often horrible displays of hatred that the curse brings out from their own families.

I read somewhere how Fruits Basket features some of the worst parents in existence, and have to agree with that. You get the occasional sweet, accepting family, but the majority of the zodiac have seriously selfish, small-minded parents. That makes for plenty of abuse and angst to sprinkle throughout the series. 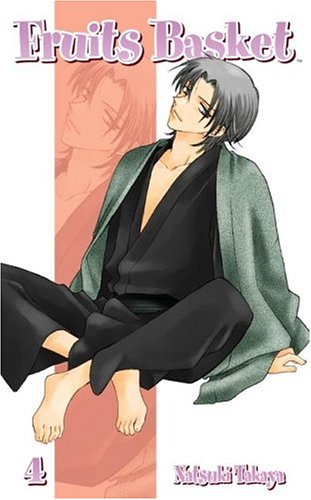 Additionally, there's a major twist in the form of Akito, the villain of sorts for much of the book. First introduced as a shadowy figure, Akito eventually turns into the center of conflict for the zodiac and Tohru. I won't spoil this here because it was one of the most messed-up, weird twists of the whole story, but Akito's actual identity and role in the zodiac both hugely surprised and impressed me. Seriously dark stuff, though I thought the ending relationship with Shigure was sweet.

Of course, even though we spend time delving into each zodiac member's psyche, at the end of the day the heart of the story is with Tohru, and especially with the love triangle that initially forms between her, Kyo, and Yuki. I wasn't a fan of Yuki from the beginning, because he was freakishly girly looking (even by manga standards - plus they went so far as to put him in a dress!) and because he's such a plain vanilla character. BUT despite where the story initially looked to be going, it's ultimately about Tohru and Kyo (like a case of the second-lead taking the win), which surprised me but was so good. 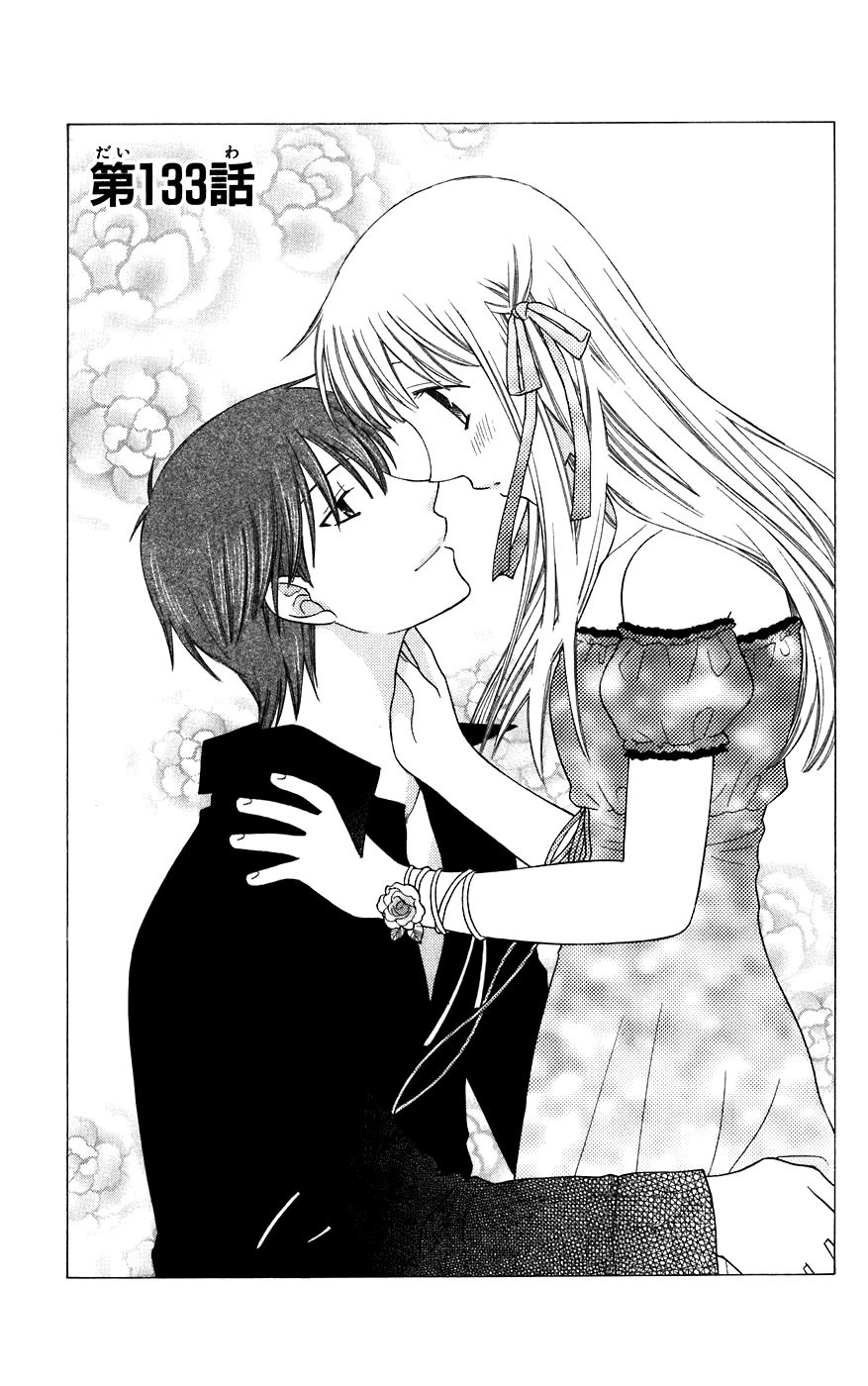 Kyo's along the lines of your typical rebel manga hero, but one who always held an obvious soft spot for Tohru. He's gruff and at times harsh, but he has his reasons and simply makes your heart ache (in the best way). The reason I was so surprised that he and Tohru ended up as the OTP was because all the firsts went to Yuki.

Yuki showed up first in the manga; he also gets the first non-Tohru cover (on Volume 2, while Kyo isn't until Volume 3), which makes him about the equivalent of the first male lead in a cast. Storywise, Yuki also meets her first, both as kids and when they're adults. He hugs her (and consequently transforms) first, and even more importantly, confesses his love to the reader a whole volume before Kyo does. He also gets the childhood connection and is called Tohru's "first love" via a baseball cap that he returned to her when they were kids. That's a whole lot of stuff for a person who essentially wound-up as the actual second-lead.

I'm not sure if the author always intended Kyo to be the one, or if she simply acquiesced because he received more fan love. Either way, it was definitely for the best. After volume 6's transformation, I was positively in tears for poor Kyo and ready for him to get his first break, aka to get the girl. It takes a long time, but he does, and eventually takes over the mantle from Yuki as the story's true lead. 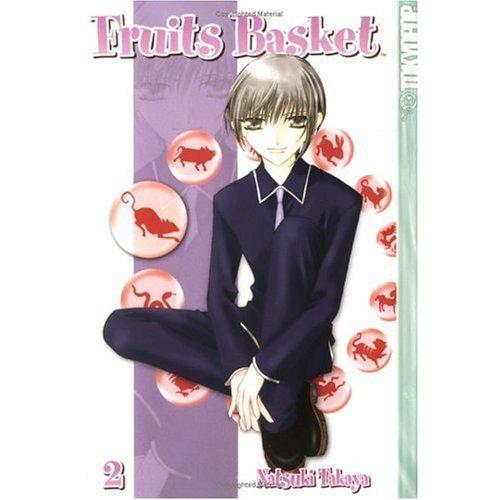 While I am happy Yuki didn't wind up with Tohru, I was never satisfied with the way they resolved his story. First, they plugged him with a second-rate latecomer to the series, Machi, the emotionally abused secretary of the student council. If everyone else wasn't already an abuse-survivor, I might have felt more for her. As it was, her tragic past barely ruffled me and always seemed thrown in for the sake of winning pity votes to her side.

Additionally, they tried to write off his love for Tohru as "the love for a mother." WTF? You don't go around seeking motherly love from girls your age, nor do you flirt with them for ages at the start. Was it too much to have him honestly recognize this one true defeat to Kyo? I thought that was the whole point - the rat beats the cat in everything, except where it really matters, and that more than anything else is the crux for breaking the curse.

Yet while Yuki's feelings weren't ever resolved realistically, I'm glad the author was willing to go all the way with Momiji's affections. The initially child-like Momiji was essentially given a doomed first-love which played out so innocently and surprisingly heartfelt. It was sad, but also good, perhaps because his arc was completely honest and consistent, unlike Yuki's. 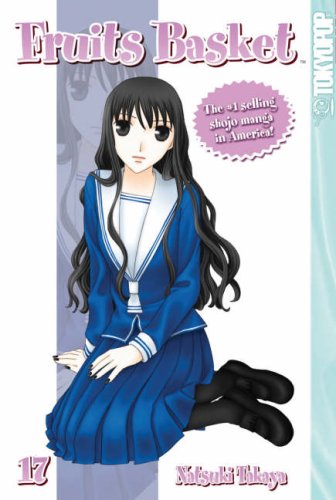 One major qualm I have with the manga is the multitude of side pairings, few of which were to my taste. First, it squicked me out to see members of the zodiac pairing off like no tomorrow. Aren't these people all cousins, and hence related by blood? This issue is never really addressed, and is both weird and majorly inappropriate/illegal if you think about it. Yes, it's convenient that you don't change into an animal when hugging another zodiac member, but that doesn't mean you have to date within those confines! In-breeding should never be a solution.

As for the non-zodiac pairings, they were also rather bland and frankly there were too many older guy + much younger girl couples. Age gaps are one thing, but an 18-year-old high schooler ending up with a 40-year-old starts to tread the line of inappropriate and unrealistic. I especially hated the pairings involving Tohru's best friends - Kureno with the gangster girl ("love" totally killed her character btw), and even more disturbingly, the psychic girl with Kyo's adoptive dad. Random and weird, and too much of an age gap for me to stomach (even if he's drawn handsomely). They're her friends, but that doesn't mean they need to somehow end up related to her by marriage. They also felt rushed, and I never understood how the connections formed in the first place, not even after a second reading.

There was also an overabundance of overdramaticism in many of the pairings. Too many tears and tragic pasts and general angst. Can I also say I have nothing but disdain for Ren? She's my least favorite member of the zodiac, partly because she's drawn like a skank but mainly because she's such an emo, self-absorbed brat. Her relationship with Haru just about destroyed his character for me (and again with the cousin-cest). How I wish the author had just toned it down and stopped trying to pair up every little end. The focus should have always been on Tohru, and unfortunately she got lost in the shuffle of side character romances later on. 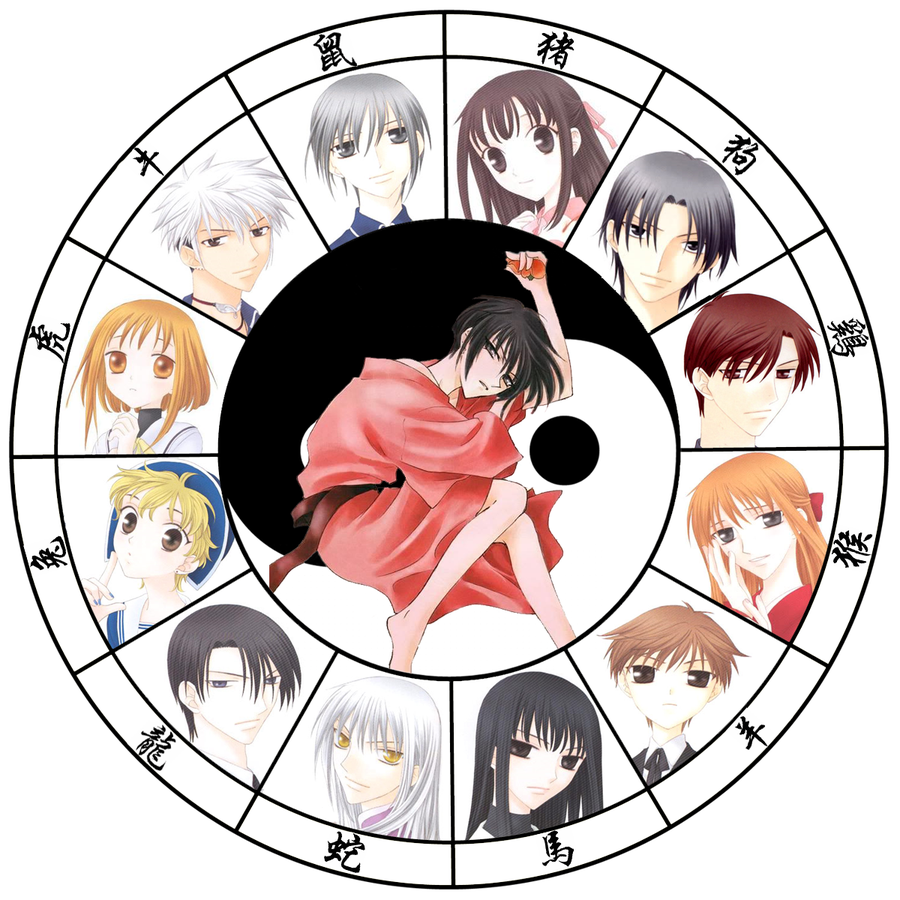 To be honest, I'm still quite confused by how the curse was broken. It felt random and convenient, and completely lacked any mythological basis. I wish the author had spent more time on this very important resolution piece. Instead, the breaking was essentially written like a row of pre-laid dominoes that coincidentally decided to fall at the same time, without much rhyme or reason. For such an elaborate story, that felt like a major letdown and just lazy storytelling.

By the end, Tohru was also basically just a bystander, who didn't do much more than show up and try to resolve issues with innocence and smiles after the fact. She was the core of the story for so long that this too felt like shortchanging her character. Her role was built as core to the destruction of the curse, yet it ultimately came across as only peripherally relevant.

Lastly, I wasn't a fan of the delayed and too-dramatic Kyo and Tohru resolution. Kyo has always been brash and fairly upfront, and while some cowardice and inferiority with his feelings may be warranted, we really didn't need a whole chapter of back-and-forth waffling. Don't get me wrong, it was a sweet, satisfying ending, it just lacked some of the earlier character heart.

The one arc I consistently enjoyed to the end was that involving Tohru's mother. It seemed completely fitting for her to have essentially met and approved of the two most important men in her daughter's life well ahead of her death. It was also quite a pleasant surprise to gradually learn about the depth and human rawness to Tohru's past, and to see that even this outwardly perfect character has flaws and weaknesses. The consistently nuanced characterizations remain the highlight of Fruits Basket, and this series sure knew how to pull these out steadily in a way that felt true to the core of the characters.

At the core, I also loved the main message of the series, which served as the foundation for both the curse's origins and its ultimate ending. It's about embracing change, and understanding that forever in itself is neither practical nor desirable. The curse began because God and the animals didn't want the banquet to end, and the curse ended because they finally understood that endings aren't to be feared and are necessary to move forward.

Overall, despite my issues with certain aspects of the series, this is truly an excellent manga filled with heart, sorrow, and a satisfying ending. I highly recommend it to anyone looking for a good, long read.
Email Post
Labels: mangas Other Entertainment