Records of the Night Watchman: Thoughts as of Episode 8 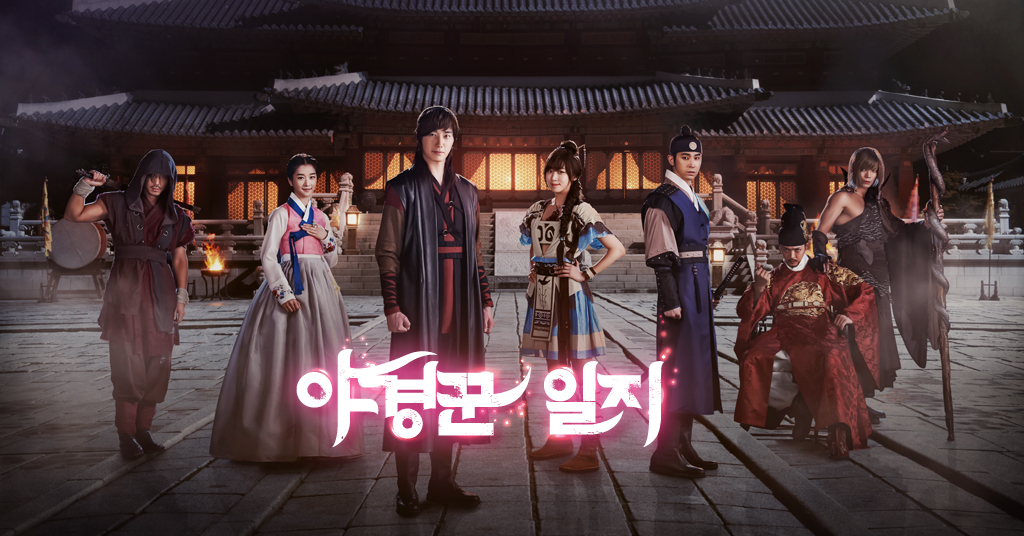 Why am I still watching this show? I'll put it out there that this is visibly poor quality fare, though clearly I'm having trouble parting ways with it. Records is that unfortunate trifecta of horrible writing, weak acting, and janky directing. It alternates between boring me to the point of fast-forwarding and keeping me amused by the unintentional hilarity. I don't recommend it, but as of episode 8, I also intend to continue with it a few more episodes. 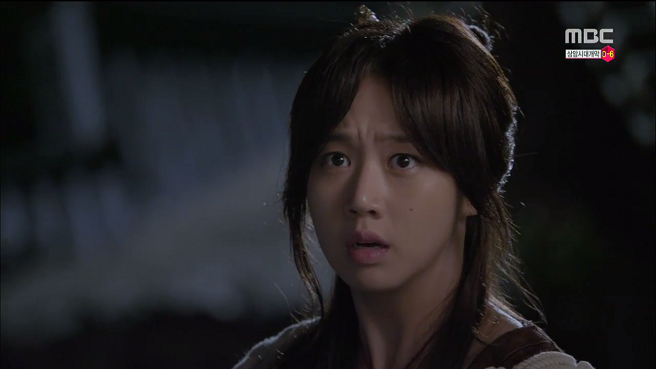 I was interested in Records from the moment Go Sung Hee was cast, because I've made it clear how impressed I was with her in Miss Korea. It's rare for me to find actresses I like, and I was hoping her fresh presence and gravitas would carry forward to a leading role. Sadly, I think she lucked out with a great director in Miss Korea, and this is completely not the case here. Nobody's acting here is even worth noting, but Go is quite blatantly bad. I was able to forgive the first few episodes, but now that we've got a few teary and emotional scenes under our belt, her weaknesses are majorly prominent. 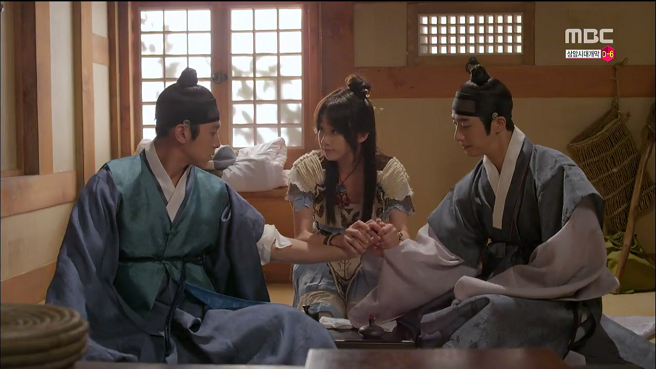 It's mainly an overacting issue, which stems from her lack of experience and the director's inability to reign it in. Her scenes end up feeling fake and laughable in the amount of wide-eyed attempts at sincere portrayals gone wrong. It's not helping that I HATE her outfit - it was cute for the first hour or so, but then it starts feeling out of place and frankly idiotic. The characters in the show keep treating her like a low-life, and it makes you think, well yeah, when you're dressed like a mix between a savage and a tramp what do you expect? It also makes me wonder just when the hell she ever washes that thing. 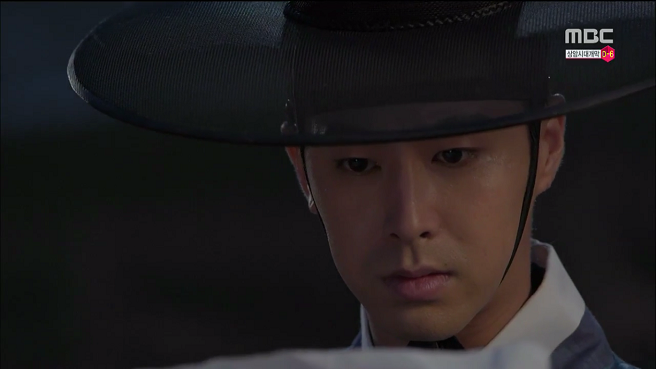 But to be honest, her bad acting is only the tip of the iceberg of this drama's issues. I mean, we've got Yunho here who's underacting to the extreme, and Jung Il Woo who's basically skirting by with a half-arsed performance copied and pasted over from his many previous roles. 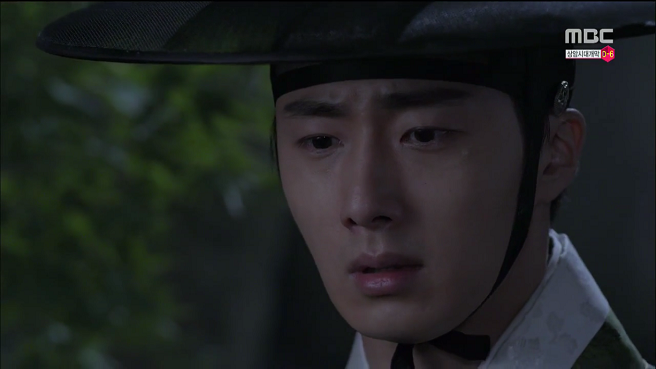 Jung's one of those actors whose appeal I don't understand. He's not that good at the craft, and in my opinion he's also not that attractive. From the two other projects I've seen him in (49 Days and the early parts of Flower Boy Ramen Shop), it's clear that he's a fairly repetitive actor - his roles always end up feeling the same. It's always that same smirk, that swagger, that cheeky air. I do like him better here than in the other two roles, but I also don't see him doing much to stretch his range and am still left wondering what people obsess over. 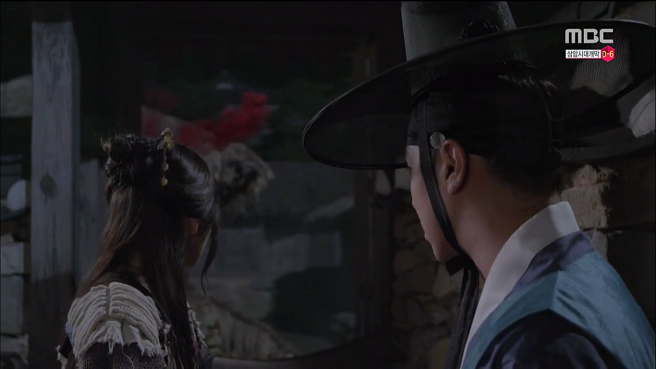 Moving on, the writing for this is no joke stupid. We get random ghosts popping up, we have probably one of the most exaggerated villains ever, and I'm still failing to see the point of anything. I also have to say episodes 1-2 were a complete fail. If you haven't picked this up yet, do yourself a favor and skip straight to episode 3. Episodes 1-2 were an absolute snoozefest that turned into crazy nonsense. It also features one of the worst child actors I've ever seen, that horrid little fat-faced crybaby who literally makes me angry even when I watch him in flashbacks. 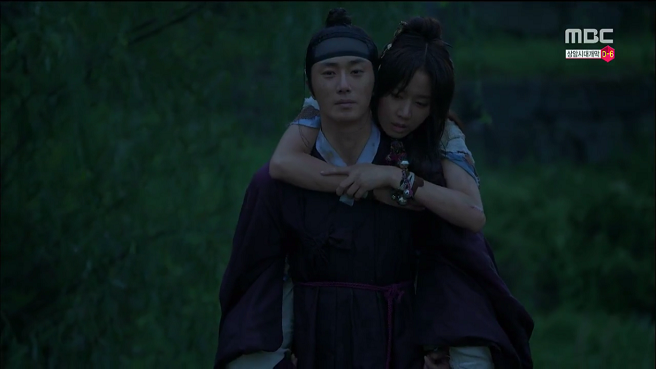 The one redeeming factor that's keeping me watching is the romance, which I just oddly like. Again, this is probably because I still like Go despite her limitations. It just feels sweet and nice, even if the two really don't have much chemistry and even though I don't really like either of their characters. We'll see how long it holds me for, but for now it amuses me and I'm resigned to the bad qualities of the rest of this show. I also have to say I don't mind the moody blacksmith guy. I really wish he could be the leading man, but he and the innkeeper are also a cute pair. 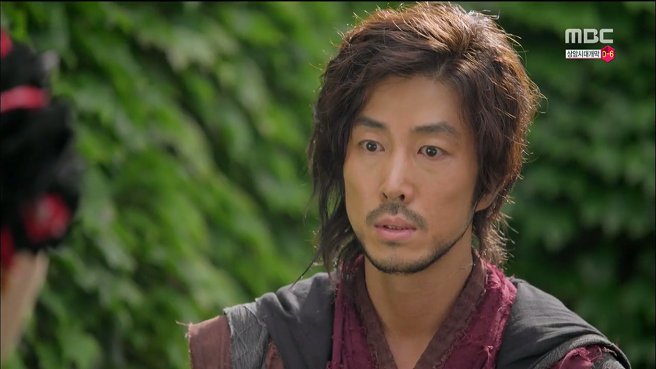