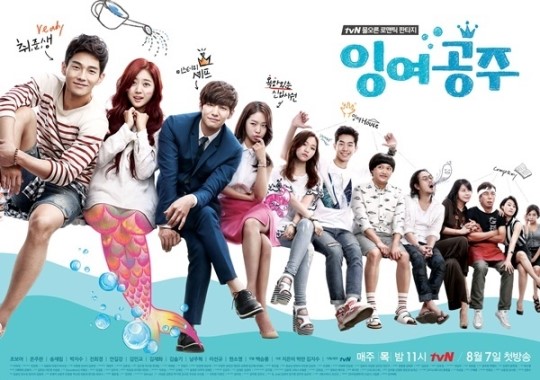 TVN is really doing it right, and I'm happy to report that Surplus Princess is a surprisingly fun, frothy piece that blends mature, sexy humor with a whimsical fairytale and love story. The story itself is a derivation of the classic Little Mermaid tale, but with plenty of silly and fun twists thrown in to keep us amused. The biggest twist, as seen immediately in the order of characters on the poster above, is that the "prince" isn't the endgame - nope, the destined love for our mermaid instead falls to our average Joe, non-chaebol hero, which is truly a refreshing turn. 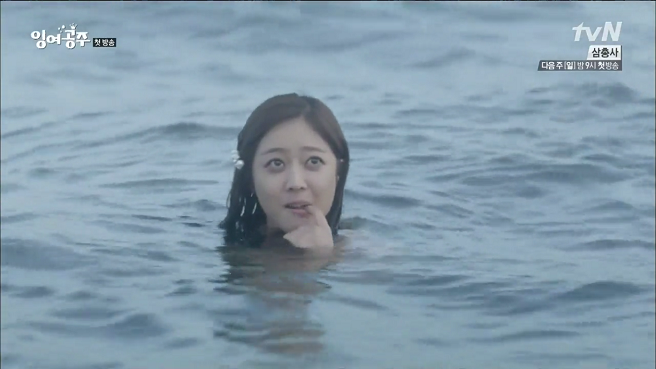 I admit to initially hesitating to watch this series, because while I loved how colorful and fun the posters looked (with plenty of eye candy to boot), it also came across as a bit of a shallow, throwaway piece. Add on all the unknown actors and the rather silly-on-paper story, and I feared we'd end up in a mess of wooden acting and paper-thin storytelling. But two episodes in, and I can say this show exudes both charm and oddball humor, and demonstrates plenty of potential to pull on our heartstrings later. 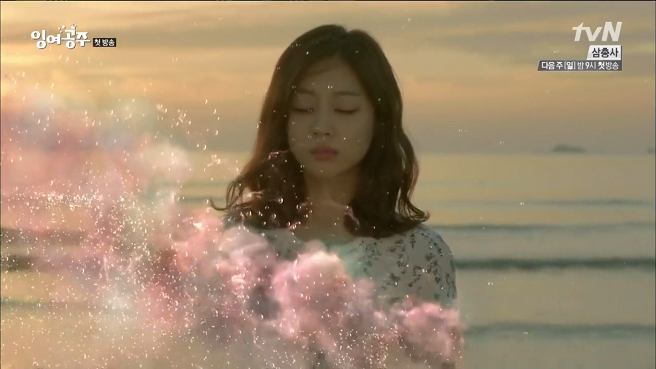 While the story isn't anything unique or even that far out of the box, I like how it blends the more fantastical elements with the mundane. We lead in with a scene showing our lead, the Mermaid Aileen (or Eirin in some translations), melting into bubbles while some guy holds out his hand. This later makes sense, as it turns out there are fairly dire consequences in place if our girl doesn't find true love in 100 days. 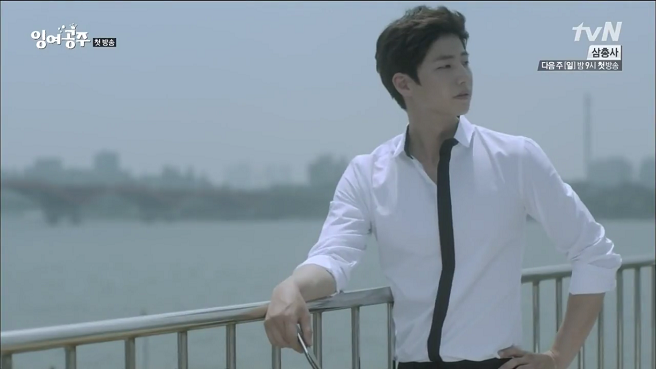 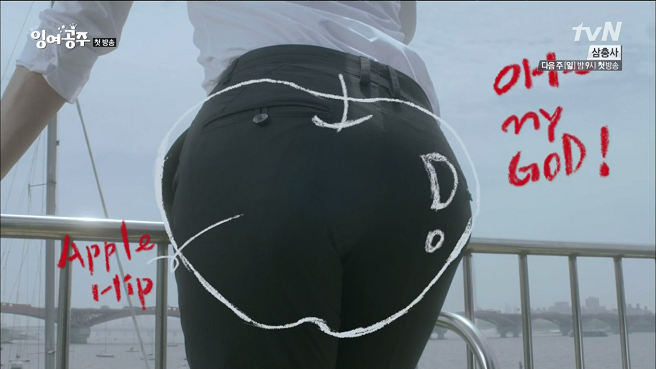 We are then shown her pre-transformation story, where it turns out she has a (pretty shallow) crush on a hotshot chef named Kwon Shi Kyung. Yes, that is an image of his butt overlaid with an apple. Aileen has quite the adult streak of humor and desire, which is further evidenced as she wastes no time in landing a kiss on him when he falls into the water. 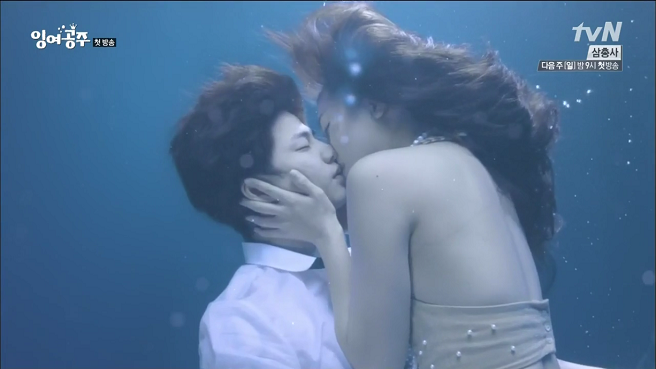 As I hadn't seen or read anything about this drama, it took me until the end of episode 1 to realize that Kwon (the receiver of the kiss above) isn't our main lead, and that our true lead is an unemployed former art student named Hyun Myung. Hyun Myung starts off dating second leading lady Jin Ah, who's quickly revealed to be a money hungry, rude lady who's looking for any opportunity to dump her loser boyfriend and chase after her shiny boss, Kwon. 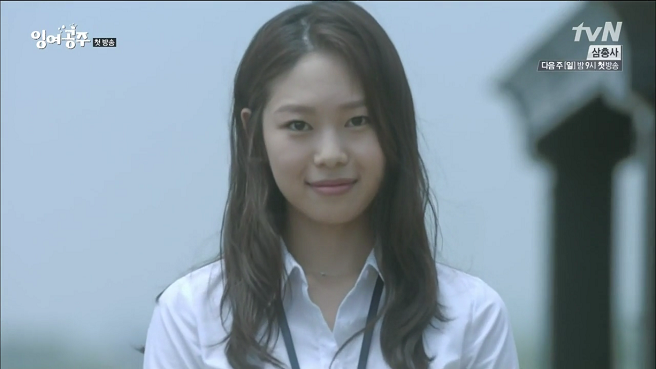 Jin Ah is pretty much the Ursula of this story, but I'm hoping they make her out to be more than just a crazy second-lead. So far, the main quartet is fine with me. Leading lady Jo Bo Ah is immediately endearing, which was both a surprise and a relief. Her narrative is laced with humor, and she does well in the naive, literal fish-out-of-water role. 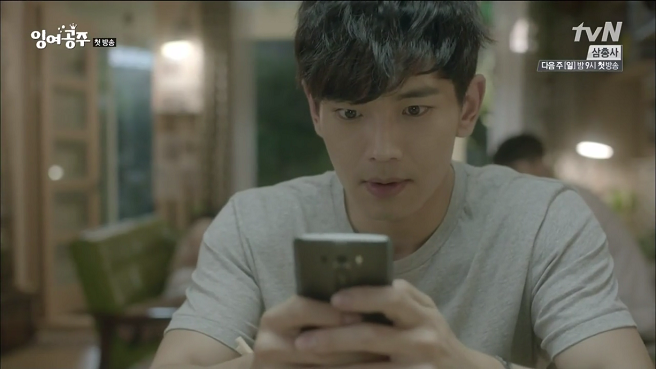 I'm less certain about Hyun Myung, who's a bit of a pathetic character so far. He's only been shown in two modes - lovestruck and failing, and while he seems potentially interesting, I haven't been impressed so far with either characterization or performance. I'll also say that I prefer Kwon's looks to his. There's quite an age gap in place between our leads, with Bo Ah only 22 while Oh Joo Wan is 30. We'll see if he can rise to the role, and add a bit more nuance to his performance. 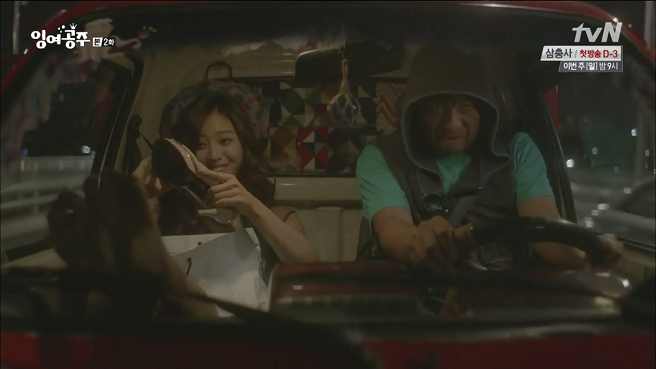 One aspect I'm particularly enjoying is Aileen's dynamic with the witch-man whose potion she took to become human, Ahn Ma Nyeo (or Witch/Wizard in Korean). Rather than giving us the expected evil Ursula, Ma Nyeo is a bit of a hapless man who clearly never wanted to give her the potion, and now serves as a fairy godmother of sorts to protect her while she's on land. These two together have had some of the best scenes so far, and I'm excited to see him help her along in her quest for true love.

The housemates are also strangely appealing as side characters, and I'm already looking forward to their interactions with the new tenant in the episodes to come. That videogame sequence and the Ah Ma Nyeo + Owner flashback photos both had me cracking up. 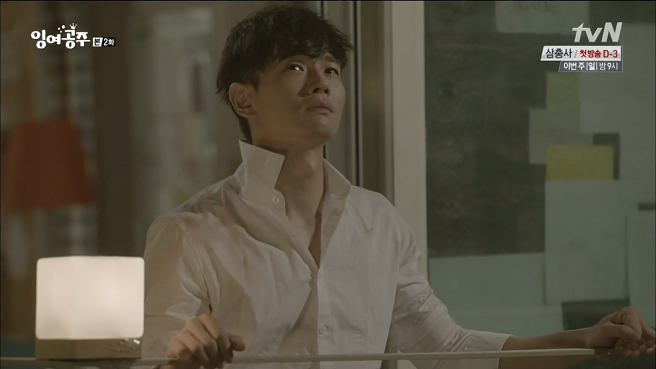 Despite my reservations so far with our leading man, I'm interested in watching how they make the housemates dynamic work here. To be honest, the whole living together and falling in love thing isn't my favorite drama trope, because usually it's underutilized and feels far too convenient as a device (like really, they live together and don't so much as kiss?) I hope the so-far adult humor will carry forward in the romance department, and that we'll finally get a semi-realistic relationship.

The one frustration is this is a once-a-week show, which means it'll be a LONG time until we reach the end. I also have no idea how long this is, but if we're lucky maybe it'll only be 12 episodes? Unlikely, given the amount of potential plot here and the 100-days timeline. Two episodes in and we're still on day 98. While part of me wishes I'd waited longer to start this, I am enjoying it so far, and look forward to what's to come. 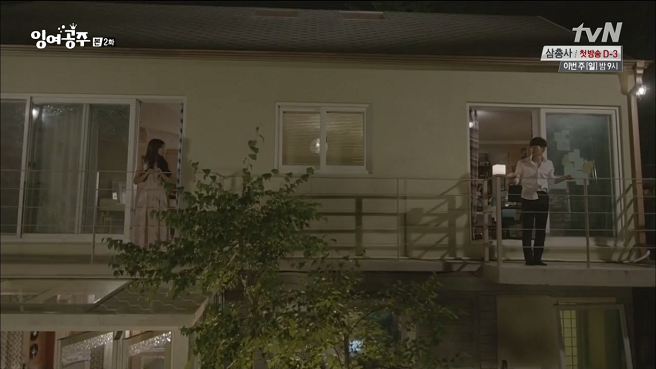