Temptation: Series Review as of Episode 12 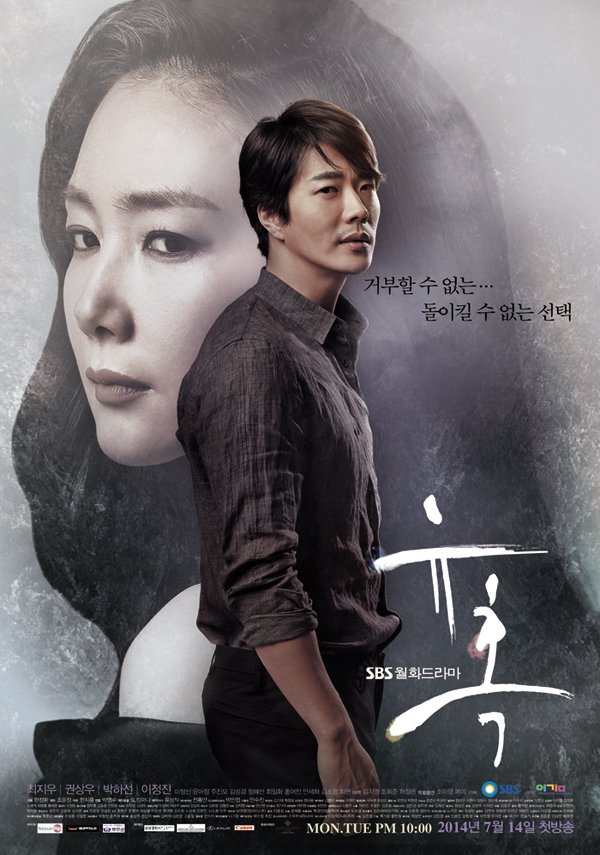 Not sure what came over me, but I marathoned all the aired episodes of this show over the past two days. Qualitatively, it's far from great, with a hammy feel that distracts from the melodramatic story at its heart. The OST is laughably excessive with the heavy instrumentals, the writing is thisclose to being completely ridiculous, and the acting fairly mediocre. But what can I say, I like non-traditional drama stories, especially when they feature the woman as the one with the power. 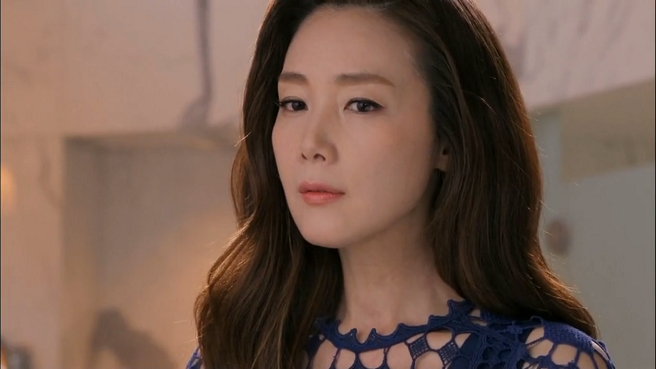 The odd thing about Temptation is that it tries to meld a very modern (by Kdrama standards) love story with very traditional sensibilities and morals. Thus you get this interesting but highly frustrating mix of a story you want to see through for the novelty but hate for the old-school plot devices and evidence of narrow-mindedness on the side. I both enjoy and dislike this drama for this reason. 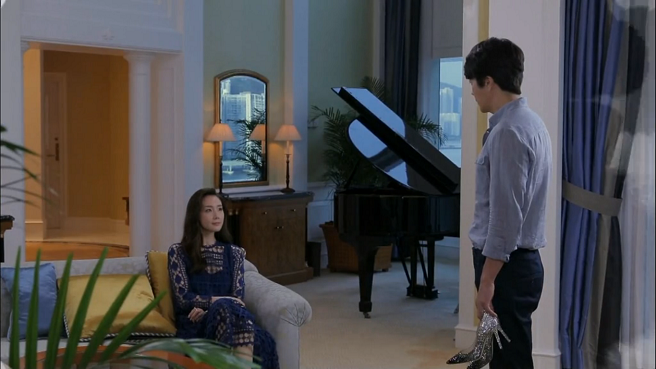 Those who've seen a trailer or two will know that the story centers around an ambitious, well-off woman named Yoo Se Young (Choi Ji Woo) who presents a deal to a married man, Cha Seok Hoon (Kwon Sang Woo), which puts enormous stress on his marriage. This premise interested me from the start, and I have to say I was pleasantly surprised with the first couple episodes. Essentially, Seok Hoon starts out heavily in debt and on the brink of being arrested due to embezzlement by his former business partner. Yoo Se Young first rescues his wife (Park Ha Sun) from suicide, then offers him a million for three days of his time. 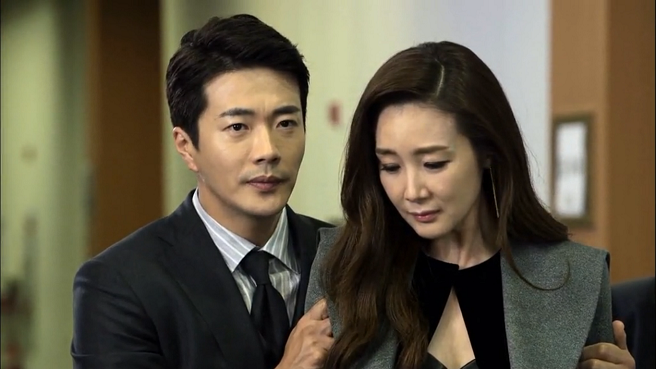 It's a sexy-sounding premise, but of course since this is a Kdrama nothing scandalous results. Regardless, I loved the sense of suspense and will-they won't-they nature of Seok Hoon and Se Young's interactions, especially as these are two actors with some pretty potent chemistry. I've not been a fan of either Choi Ji Woo or Kwon Sang Woo, but together they make me want to root for their "ill-fated" couple. I can see why Stairway to Heaven was such a hit, and these two totally bring back the early drama era sense of longing between two characters fighting the odds to be together.

Sadly, despite the progressive nature of their relationship, their drama universe is painfully small-minded. I'm still surprised that they've been allowed to make it so far - as of episode 12, he's divorced and they're together, and seemingly in love. But I dread there'll be a great tragedy or moral awakening to keep them apart in the end, because this is Korea we're talking about and god forbid any sort of happily ever after is shown for a supposed homewrecker. I keep thinking back to The Fierce Wife, and wondering if our couple here will meet a similar doomed fate. The main obstacle now is the shadow of his former marriage, which still looms over them, and with four episodes left I expect plenty of pain and angst to be thrown their way. 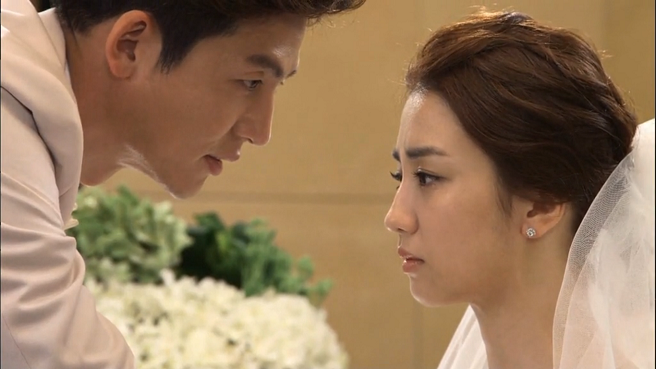 This need to make the main couple suffer is driving me bonkers, especially as it's requiring the story to villanize a number of its other characters. The worst yet is the second couple, ex-wife Na Hong Joo (Park Ha Sun) and rich playboy Kang Min Woo (Lee Jung Jin). I seriously hate these two, but because this story was written to revolve around the original married couple, we've been subjected to tons of screentime focused around them. Hong Joo was bad enough when she was just the bland, poor-me wife, but she's starting to really grate on the nerves now that the writer's decided to give her a vindictive, evil streak.

There's basically been no logical basis for the transformation either. Hello, you're the one who pushed for the divorce and continued thinking the worst of your husband. Yes, he had a crush, but he never acted on it and was willing to fight it and make things work between you two. You, on the other hand, gave up before anything even happened, then blamed everything on Se Young before deciding to marry a rich man purely for the sake of taking revenge. Am I meant to feel sorry for you? 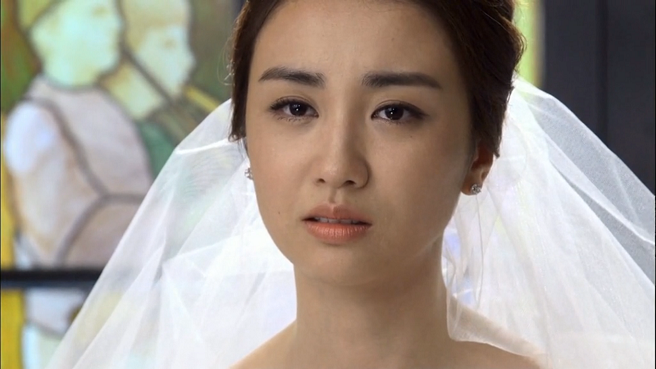 What's making it worse is that Park Ha Sun and Kwon Sang Woo have zero, practically negative chemistry, so there's nothing making me even somewhat sympathetic to their former marriage. Furthermore, I've never much liked Park Ha Sun as an actress. I feel like she ends up playing the same character in all dramas - the righteous, outwardly sweet but super moody and gloomy woman. This is her Two Weeks character directly transplanted over to a post-married setting, with some crazy added in. I would blame it on the writing, but I think a lot of it is owed to her acting style, which is quite repetitive and consistently "graceful" in an emotionally empty way. 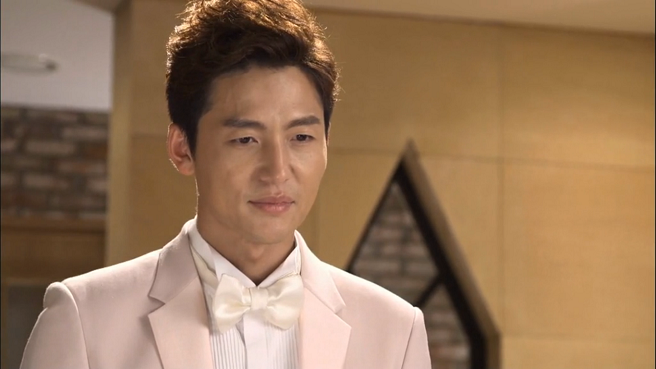 Lee Jung Jin also looks way older than I remember him from Hundred Year's Inheritance. What happened to the guy, his face has shriveled up like a raisin since. I liked him initially, but his character is so pathetic that it's pretty much impossible to hold affection for long, especially now that he's nothing more than Hong Joo's puppet. I'm actually starting to feel really sorry for his ex-wife, and almost wish she and Se Young would take up a counter-initiative against these two.

The good news is that with Hong Joo's new marriage, it's quite unlikely that there'll be any sort of reconciliation between her and Seok Hoon (thank god). The bad news is we have to watch the annoying dual of her and Min Woo for the rest of the series. Add on Se Young's irritating, meddlesome dad and Hong Joo's upset family, and we have all the barriers in place to give us another four hours of empty angst. 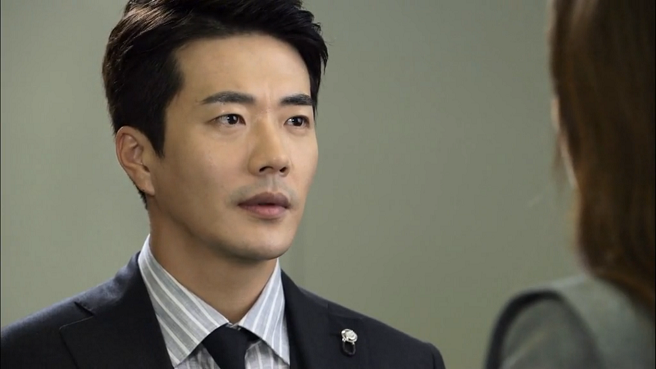 As angry as this drama makes me feel at times, I'm probably still going to finish it, because I want to at least hope our main pair can be left together. Who knows, but there's a tiny hope in my mind that this will go more Queen of Reversals than The Fierce Wife for our main pair. Also, the more I watch the more I like Kwon Sang Woo, who I'm starting to admit is one attractive guy. I feel like Choi Ji Woo looks older than him, but that fits with the dynamics of their relationship. Here's to crossing my fingers and hoping for the best out of the rest of this show.
Email Post
Labels: dramas Korea Series updates