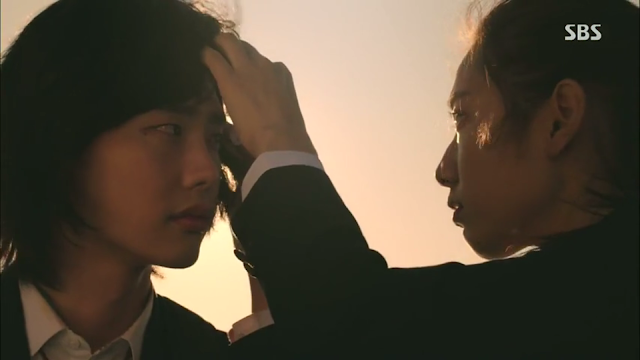 Pinocchio's premiere episodes were an easy, breezy watch that managed to avoid feeling stale and boring even during the childhood flashbacks. The hours literally zipped by, which is a pleasure I haven't felt from a drama in a while. That said, I'm not yet completely hooked, and I (fortunately) don't have that sense of dread at having to wait another week for the next episodes. I'm curious as to what comes next, and more than eager to move onto the adult portion of this show, but I'm not passionately won over. It's still early though, and the plot is clearly solid despite being largely predictable. The biggest question for me was whether I would like Park Shin Hye in this, the answer which is mixed. 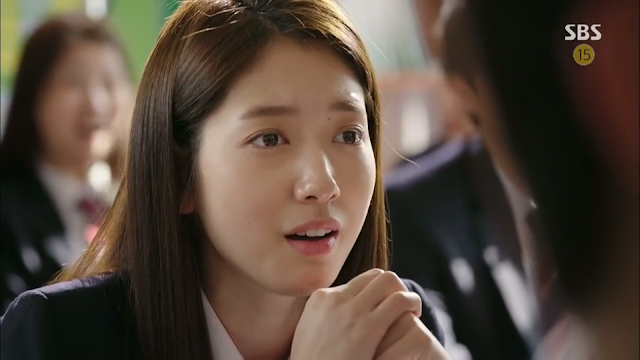 As some of you may know from my Overrated Actresses post, I'm not a big fan of Park. Maybe I'll do a post on this at some point as this seems to be a common issue, but essentially I don't feel connected with her on-screen and also haven't liked many of the characters she's played. Good news here is the character is better (a bit too Candy-like, but at least she looks alive and doesn't just mope all the time), but bad news is I still don't care much for her, and in fact this just shows that her playing bad characters isn't the core of my issue with her. 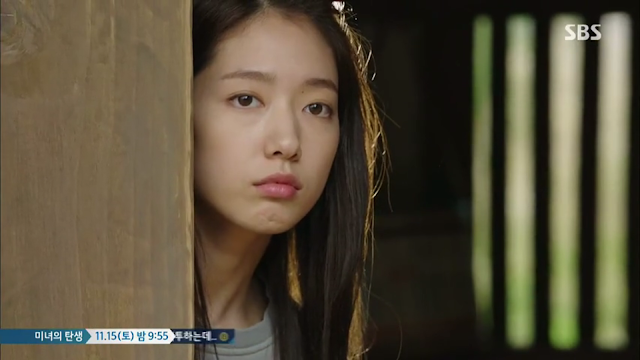 At this point though, I've learned that sometimes you just can't force affection for an actor or actress. Either you get their appeal or you don't. In her case, I totally understand why she's popular (she's pretty with the perfect leading lady "look" and has had several big buzz roles over the past few years), but I just don't connect with her on-screen. It's not even because of bad acting, because I'll concede that she's on the better side of her generation. I just plain and simply don't like her, and no matter how I try I don't think that'll change.

That's also the main reason why I think I'm not more obsessed with this show. If it were someone I loved in her role, I think I'd be more willing to squeal over Lee Jong Seok's masterfully done looks of longing and secret crush antics, which was totally the case in IHYV. Here though, I'm meh about their relationship, even though the two actors have fairly strong chemistry. I think she's heard the criticism on her stiffness around guys, as the promo pics and her dynamic with him here is among the most natural and "close" I've ever seen from her. So kudos on taking the feedback. 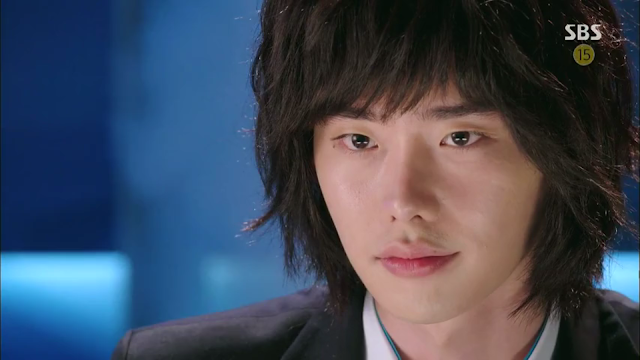 I'm also still feeling out how much I like the core story. There's no question that it's got the right emotional hook with an easy-to-root-for protagonist, a family separation/ impending reunion, a mystery (what happened to mom), and a justice-to-be-served righting of a past wrong. Seriously, this is one sturdy story base, and it makes me feel confidence in the writer's ability to dish out a full drama's worth of story without things going downhill. My main pet peeve is with how predictably dire and relatively unoriginal things have been. 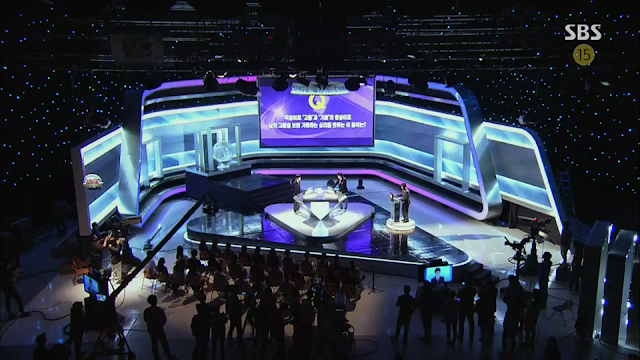 That game show opening was surprisingly effective, and all the pieces of the plot fit just right. The issue is, when you look at the whole rather than the parts, you see that it's pretty much just an amalgamation of many past dramas, with a childhood love, a secret genius hero, and tragedy as we've seen dozens of times before. Yes, it's true that everything is a retelling of something else at some point, but I guess the combination with the solid but also unoriginal directing just makes this sameness all the more apparent. At least it's an enjoyable and well-tried formula, but it makes me desirous of something new and exciting for the Kdrama genre as a whole.

The childhood love is really something I could do without. It's fitting to the story, but for once I'd like to see a drama hero not meet his forever love at the age of 12. Could we instead do a drama where he falls in love as a child, but then forgets about her and ends up happily together with someone else once he grows up? Like in the real world? The growing-up-together backstory is fitting here, but I always find it a bit icky when two kids live together and fall in love. I know they're not related, but I'd think it'd be hard to see each other romantically when you're together from that age. Or if you did, you'd probably not wait ten or fifteen years to share that emotion with the other person. Just think of the horrible romantic frustration you'd have to live with in the latter case, not to mention it seems like a stupid waste of time to just wallow there when your soulmate is freaking right there. Also, please no more high school sweetheart stuff, as the cheesy sunset walks and bandage placements are about a hair away from being too much. 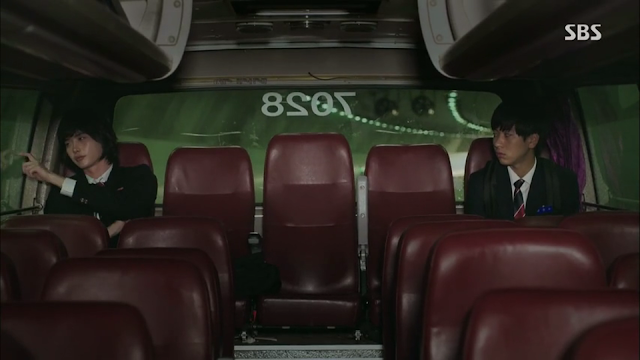 Can I also just request no more closet geniuses (or geniuses at all)? If you're smart, please flaunt it like a normal boy, aka jerkface up on the right in the picture, who's a character I can actually believe exists. I'd also just love to see one of these pretty boys play an actual shallow dunce hero, as would probably be the real-life case. Secretly in-love perfect genius pretty boys are now a dime a dozen in Kdrama world. 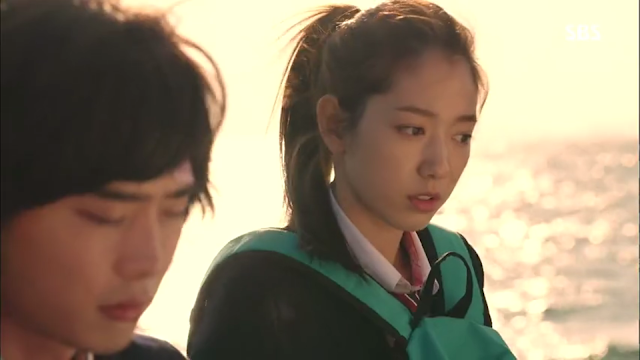 Moving onto the hiccuping lie, I'm not convinced that it was a necessary addition to the story. In fact, looking back I almost forgot about the existence of this fictional "Pinocchio Syndrome" in the story, though with this writer I'm sure it'll emerge and play a more pivotal plot role soon. I'm thinking that since the decade-long dad hunt was caused by the confession of a Pinocchio, the disease will be closely linked to that plotline, but currently it feels like a random tack-on to an otherwise realistic and heartfelt world. While the trait forces our heroine to be more forthright, you could argue that the same could have been accomplished in a much more believable way by just making her bolder or having a guilty conscience. I'm sure it'll start to present obstacles for her reporter gig and future love life, but so far it's nothing special. 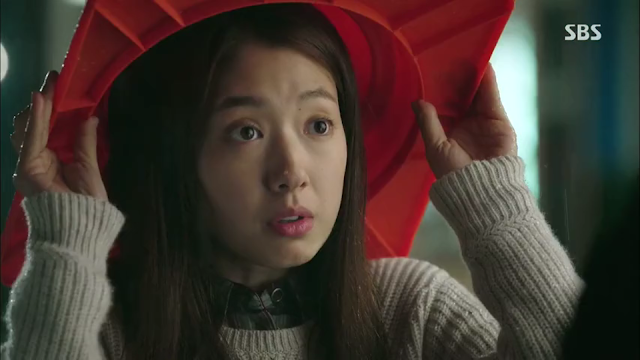 The things I really like about this show are its nonlinear storytelling and the awesome soundtrack. I just love that it doesn't show us everything chronologically (another positive similarity with IHYV). The big reveals are made when it counts, and there's seriously so much more dramatic satisfaction when they're done that way. The ending of episode 2 first made me want to cry and then smile, even as someone fairly humdrum on the mystery (poor Dad) and the romance. Seriously, LJS is a wizard at looking lovelorn, and while that wig is really destroying a lot of his physical appeal, he's still a heartwarming pleasure to see on-screen. And I couldn't be a bigger fan of Every Single Day, especially after they managed to elevate an average drama in Miss Korea to almost an art piece through the sheer soul in their music.

I want to just move forward to present day, to professional wear and pretty-haired LJS already. I'm guessing we probably won't get there til the end of episode 3 or 4. If you're hesitating on this show, I give it a thumbs up so far, though I'd recommend you wait a while to see how well it continues to hit the right notes. 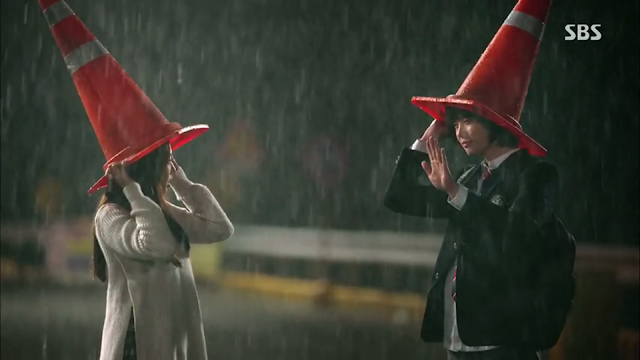