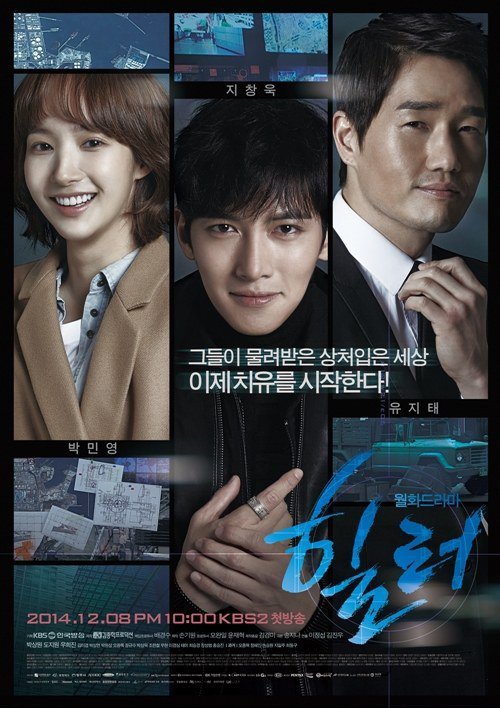 Healer is another of those shows that falls in the enjoyable middle of the road for me. I can see why there's so much buzz (plenty of prettiness, slick action, and an intriguing backstory), and while I appreciate all of these elements, I'm still short of being completely enamored with the show. This is the first Ji Chang Wook drama I've seen, and I find him a doable young talent, though without quite enough gravitas for me to take him completely seriously. Similarly, I like Park Min Young here, but am not finding anything particularly exciting or unique about her portrayal of Young Shin. It's almost a formula by now for her to play an idealistic female character surrounded by political corruption and more compelling male leads, and while I can see improvements in her acting, I'm still not convinced by her characters.

Healer is our leading man's code name. He's an introverted "errand boy" who uses his physical abilities and the help of an ahjumma computer hacker to do everything from thievery to investigations of people. It's a good enough reason to give us plenty of fight scenes and chases, and if I were more of an action fanatic I might be more in love with the amount of screentime devoted to such purposes. As it stands, I find myself a bit underwhelmed by all this, and often wishing they would devote these obvious scenes to character development instead. Additionally, I don't find the action choreography to be all that impressive; we get fairly run-of-the-mill runs on rooftops and group fights. 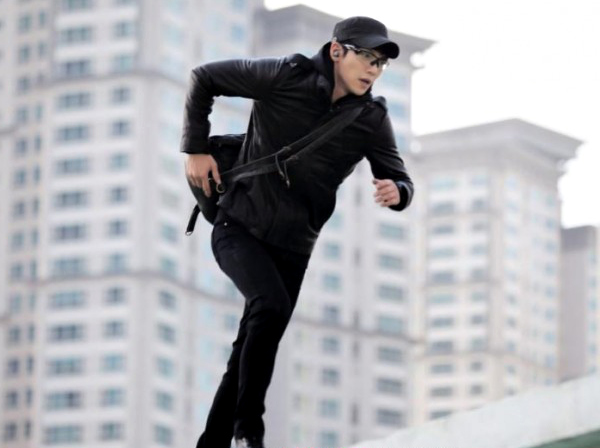 In fact, I find it incredibly hard to believe that Healer's real face and identity haven't yet been revealed to the world. The glasses aren't terribly good at hiding his features, and from the many rooftop runs we've seen, it's clear that this guy hasn't been exactly subtle about his face when he's on a chase. For crying out loud, he runs right in front of a mom and son in their house! I get that the director is going for impact and "coolness," but you've got to make this at least believable.

Rather than feeling impressed with his abilities, I often feel like he's no more than just the muscle, who'd be useless without the brain, aka ahjumma. He runs and fights and does the slick cool stuff, but it's clear that without ahjumma's help he'd be almost useless. I'm sure this portrayal will change as the series goes on (especially given the ambiguity of ahjumma's motives), but for now these attempts at flashiness just make me roll my eyes and wonder where he'd be without those cool gadgets, the convenient and unlimited hacking as well as all of her lackeys to support his behind. 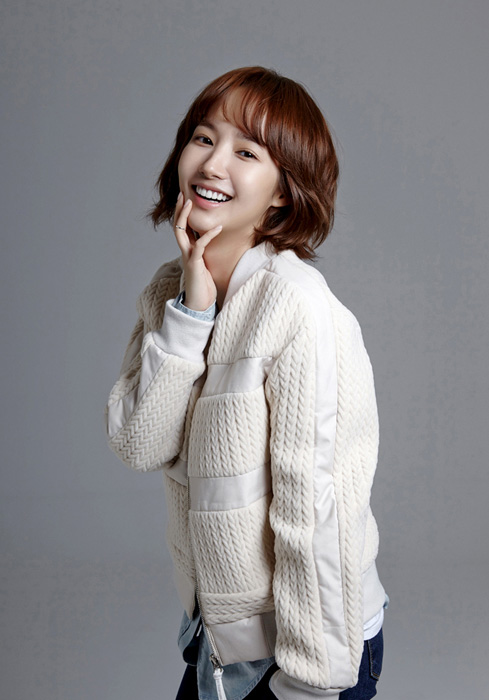 Moving onto Park Min Young's reporter character, I came in wanting to like her but am left feeling distant, mainly due to PMY's scripted delivery. I feel like this girl has been handed so many great characters, yet never manages to win me over. I take that as a shortcoming in acting, and I think I've pinpointed it to the way she speaks, combined with the bug-eyed exaggerated expressions. Even as the fast-talking Young Shin she sounds artificial, like she's reading her lines rather than truly saying them.

Additionally, I'll say that Young Shin isn't quite my cup of tea. Can we for once not have a constantly bubbly and happy leading lady? I just want someone normal, someone who doesn't have to be a cheery, righteous ray of sunshine in order to win our boy's heart. And unfortunately almost all of PMY's characters of late have been like that (with the exception of her role in Dr. Jin, which was interestingly where I liked her best). I also feel like the writer's trying to manipulate me to like her with the boohoo tragic abuse past. If her past really were that heart-wrenching, I would expect a bit more layered and less plain ditzy present-day Young Shin. I'm not asking for a sob-story lady, just a balanced, less extreme characterization to go along with our (comparatively) much more thoughtful and balanced male lead.

Yoo Ji Tae's Moon Ho was my favorite character up until about two episodes ago. This guy knows how to emote, and his earlier scenes simply blew his younger coworkers out of the water. Unfortunately, I'm not pleased with where the writing is taking him. He's now the secret-bearer, who for reasons I don't understand refuses to tell the truth to either Young Shin or Myung Hee. Well, I kind of understand, because Moon Shik is a crazy bastard who'll probably go after Young Shin if he knew. But the way Moon Ho's going about things, by what-ifing his sister-in-law to the point of seizure and being a dick to Young Shin is driving me mad. Dude, what's with the harsh act?

Additionally, I'm not liking the traditional second-lead build up I can see here on the romantic front. It's pretty clear that Moon Ho won't have a chance in hell with Young Shin, yet the writer's seemingly leaving a trail of crumbs to try to get that going, what with Young Shin's reporter crush and Moon Ho's own unclear first love (is it Myung Hee or Young Shin? It better be Myung Hee, or else). Seriously, to take such a great actor like Yoo Ji Tae and then make him pine after Park Min Young would be a travesty. Please keep Moon Ho above the love triangle level, and instead maintain him as the emotional grounding of the show, both past and present.

In terms of story, my favorite moments so far have actually been the tidbits we've seen of the 1980s past. There's such a great sense of nostalgia built into the muted color palette as well as some solid casting choices in both past and present (I can actually see the actor resemblances). And you really can't beat the sense of youthful rebellion joining together our parental friendships, as well as the dark mystery behind what happened both to Healer's and Young Shin's parents. It has me intrigued, and makes an otherwise over-convenient line-up of coincidental meetings and past relationships palatable.

I'm also both loving and hating the cheesy Clark Kent scenario that Healer has gotten himself into. Of course they had to do the hidden identity ploy, because you can't not have that with this sort of set-up. I like his dynamic with Young Shin as Bong Soo, and enjoy the fact that we can feel the chemistry between them both when he's Healer and when he's the simpleminded Bong Soo. I'm expecting (and hoping) for an arc where she'll fall for him as Bong Soo, though I imagine he'd have to show some of his true personality in order for that to work, since otherwise she'd be falling for a lie and this isn't Jekyll, Hyde and I.

What does disappoint me about this hidden identity arc is how predictable it's been, with him playing the bumbling fool who conveniently runs away at danger and her none the wiser (and apparently in love with his alter ego). Additionally, since I'm not hugely won over by Young Shin, my interest in the love angle as a whole is quite a bit diminished, and I find myself wishing he would be a little less shallow in falling for the pretty girl who conveniently was also a childhood love. In fact, this sounds a lot like my qualm with the main pairing in Pinocchio, which makes sense because Park Shin Hye and Park Min Young are pretty much on the same tier in terms of my general lack of liking them. They're both the hot young actresses of their generation, and both had some limelight roles next to Lee Min Ho, but both leave me cold (though Shin Hye's the better actress).

I did really like his description of how she reminds him of the leopard, which was an odd but really illuminating moment in terms of revealing his inner workings while furthering the love angle in a less cheesy way. Of course, I don't find Young Shin an even remotely realistic character, but I can kind of understand the respect he must feel at her occasional displays of courage. In short, I'm trying to get aboard the romance, because Healer is such an interesting character to watch grow and mature, but Young Shin is going to need to pull something more impressive out before she'll ever appeal to me.

The current mayoral sexual assault case has been pretty dull so far, and I kind of wish we could move beyond it and shift our focus back to the more interesting character backstories. But alas, this is a 20-episode drama, which means we're unfortunately going to face drag now or later (and most likely both). Keeping my expectations relatively low for now. Oh, but the music is fantastic, especially that instrumental score, and at the very least that'll keep me going.
Email Post
Labels: dramas Early Impressions Healer Korea Park Min Young