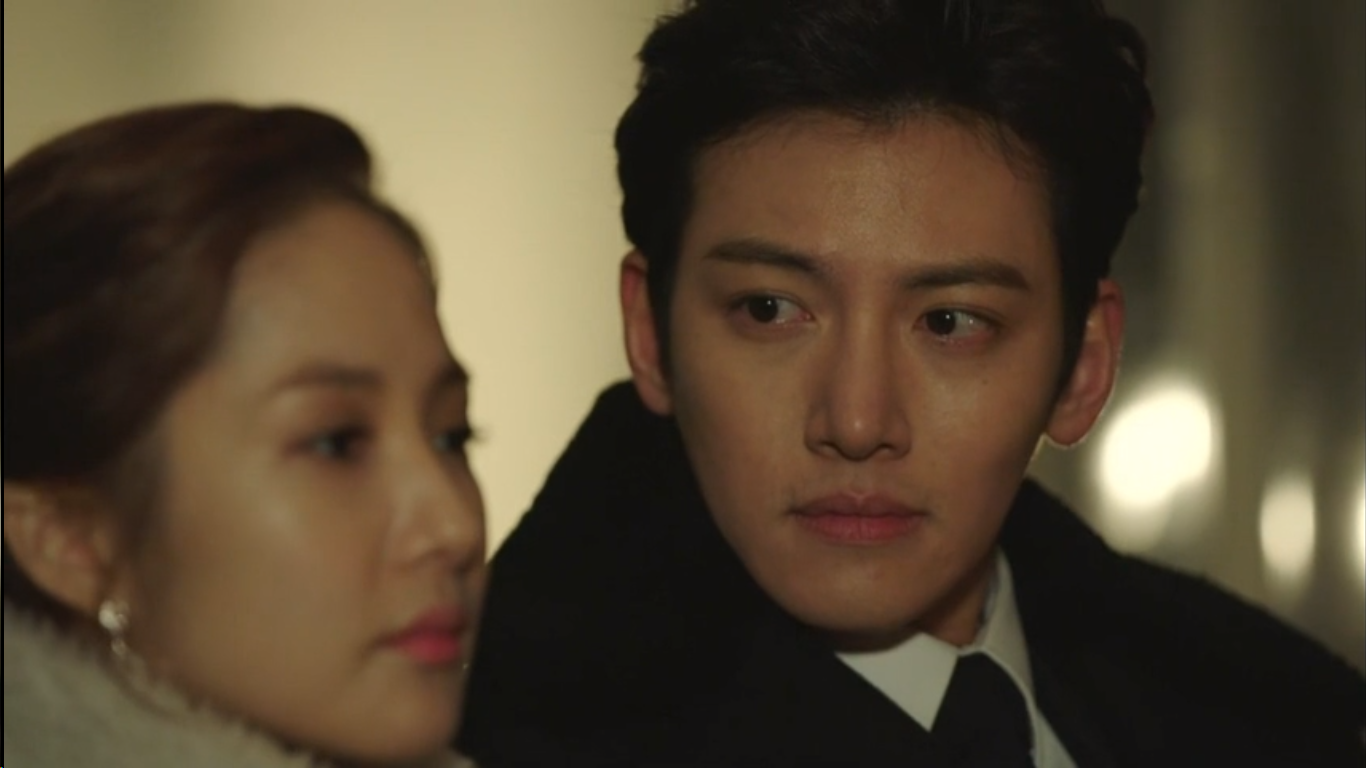 Even after having watched all the episodes to date, it surprised me to suddenly realize that we're already halfway through Healer's airing. For some reason this story feels so much farther from complete, and similarly my opinion remains unformed. I thoroughly enjoy many aspects of this show, including the secret identity, the intricate backstory, and the light-hearted yet ardent romance. Yet I can't deny that I'm still far from being in love with any of the characters, and many of the scenes (e.g., anything involving Moon Shik / Elder) bore me to tears. So this isn't either a rant or a rave, but something in between, much as I both love and dread viewing each new episode. 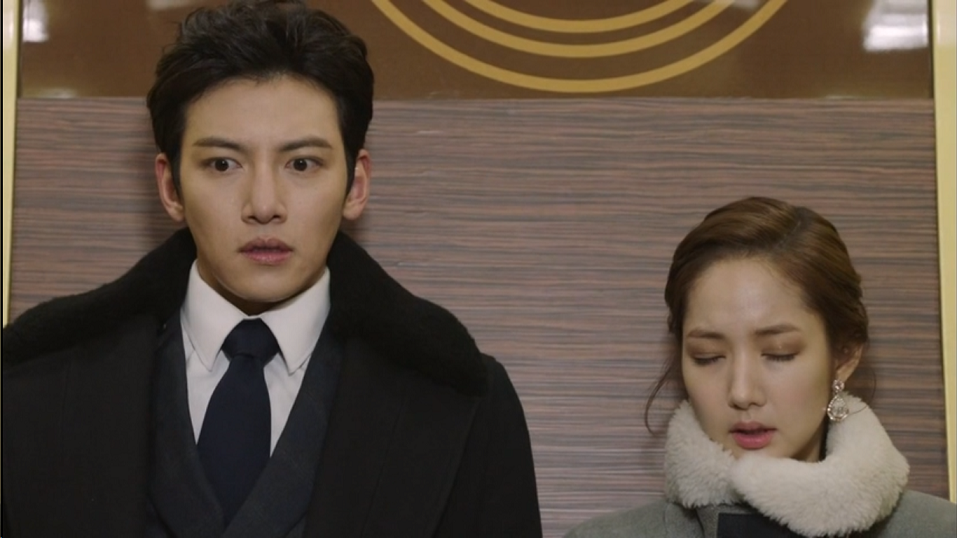 I'll start with the aspects I really love. At the top of this list is unsurprisingly the Clark Kent-ish secret identity plot line, with bumbling Bong Soo and agoraphobic Jung Woo existing as two sides of the same character. It makes zero logical sense for Healer to be putting his face out in the open (of all the jobs, he's chosen reporting?), but as a story-telling device the dual identity is magic. I'm not even that invested in the romance, but I still get swept up when we see Bong Soo having heart-to-hearts about his other identity with Young Shin, or when Young Shin completely ignores the hottie in front of her despite crushing on his alternate identity.

The dramatic tension and possibilities in store for the big reveal are just drool-worthy, and while I'm frustrated by her lack of realization, I also know that once the reveal does come about, the romance won't have nearly the same zing. Let's just think back to City Hunter, where it felt like almost all of the romantic momentum fell off after she recognized him. 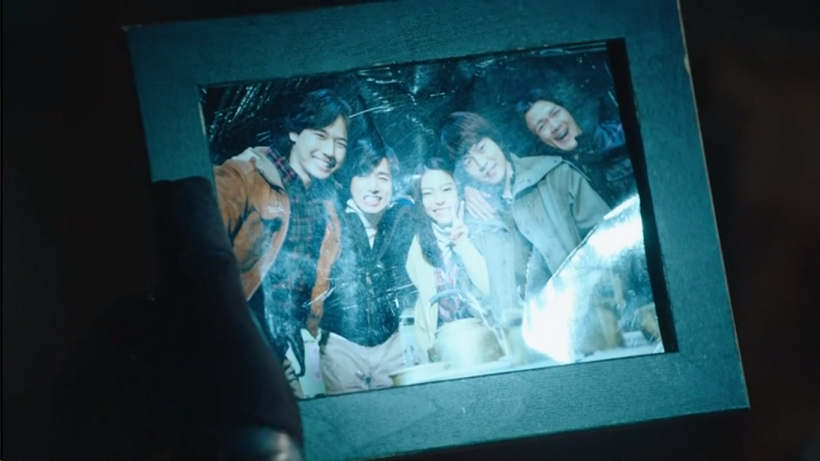 The backstory has admittedly become a bit draggy at this point, but I'm still interested in learning the truth about what happened to this band of friends. This is an incredible group of veteran actors, who play out the inherent tragedy and mystery of their characters with such heft and raw ability that I'm completely swept into the tale of their doomed friendship. 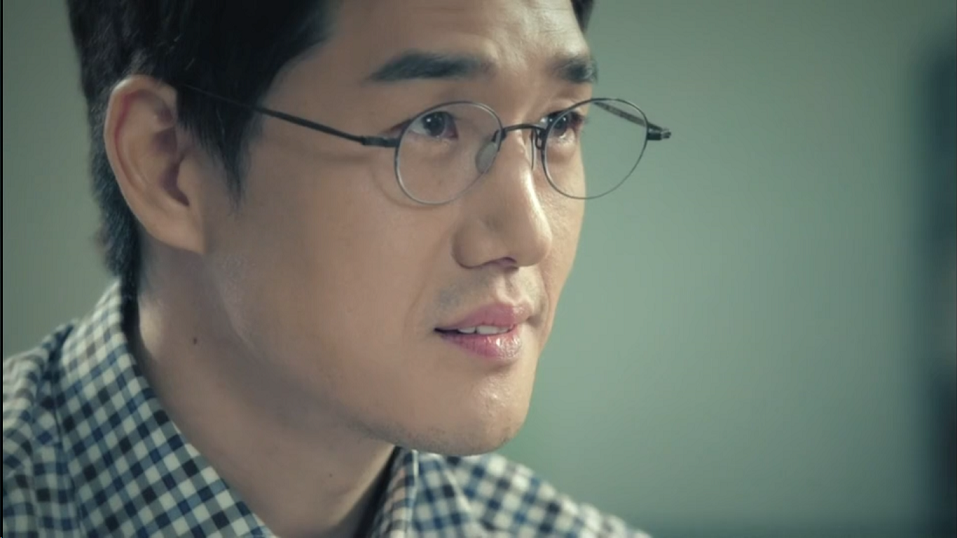 Moon Ho is similarly a rare amalgamation of aspects I both love and hate. On the one hand, he's such a complex, vulnerable yet powerful individual that he's magnetic to watch and try to comprehend. Yoo Ji Tae is doing a solid job and certainly earning his top actor status. Yet on the other hand, he's a horrible attempted romantic rival and his waffling between the two extremes of good and bad are frustrating and near impossible to understand at this stage. I'm predicting that he ends up using his knowledge of Healer's identity for bad rather than good, given the traditional fate of second leads as well as his oddly placed jealousy regarding Young Shin's interactions with Healer.

One major qualm is that I have trouble taking any of his interactions with Young Shin seriously. I can see what the writer is aiming for, with a part-romantic-love, part-familial-love dynamic tinged with secrecy and a tragic backstory, but for me the end result is a huge miss. I find their scenes together to be shallow and generally a waste of time. Most of it just involves Young Shin staring at him like a puzzled deer-in-headlights, because he's either briskly lying or coming off as a creepy ahjusshi trying to hit on a younger subordinate (and often both).

This is definitely a situation where I don't think the final reveal can come soon enough, because the not-there not-here hints mixed with lies he keeps throwing at her are confusing in terms of trying to understand what his character is after as well as disruptive to any attempts at building up their supposed dynamic together. I can sort of understand why he's not letting Myung Hee in on the secret, but wouldn't it be much easier and better to tell Young Shin the truth so that she can try to protect herself and so that they build up a genuine relationship rather than one based on lies? 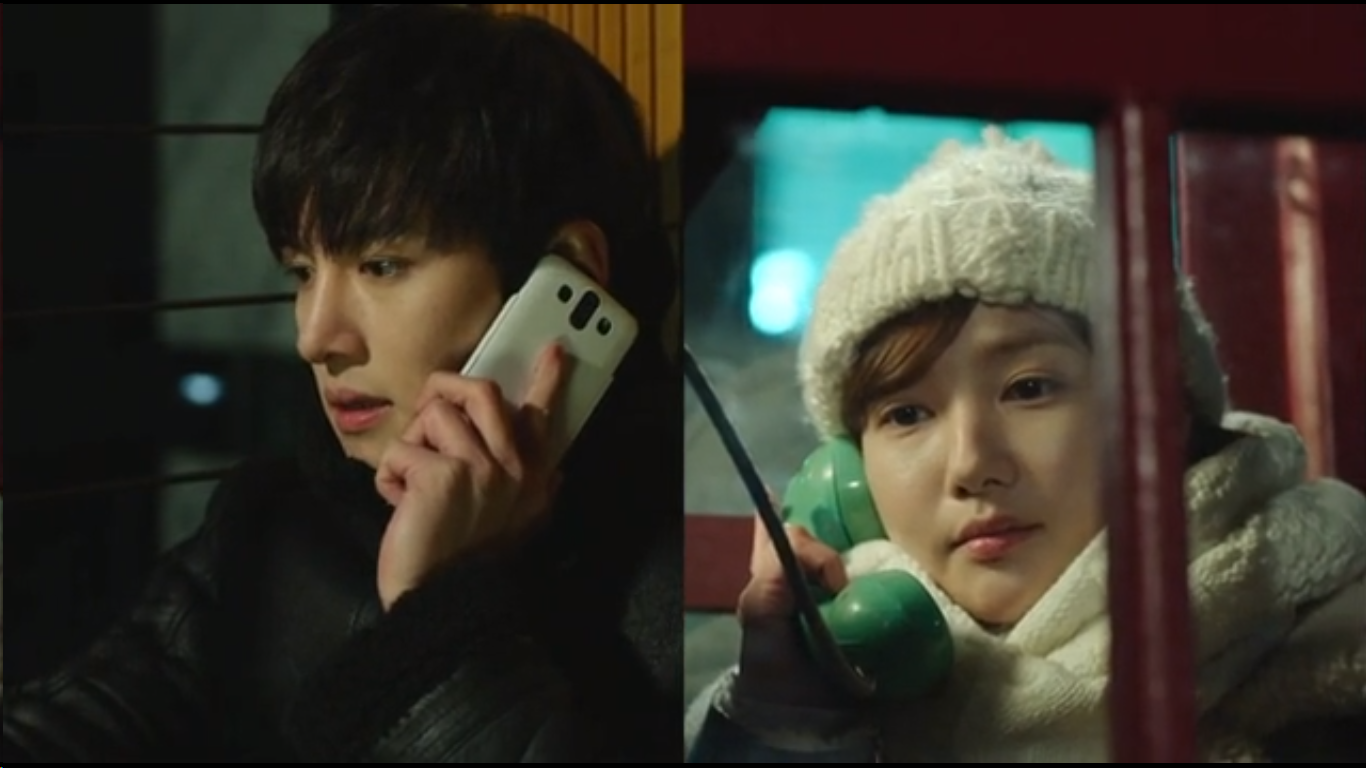 As I mentioned earlier, despite my love of the secret identity plot line, I'm not enamored with the romance. I find the situations hugely contrived and the whole Healer-love thing to be ridiculously fluffy, and certainly not substantial enough to warrant how seriously it's being played up (with all the tears, ballads, dramatic requests for meeting up). 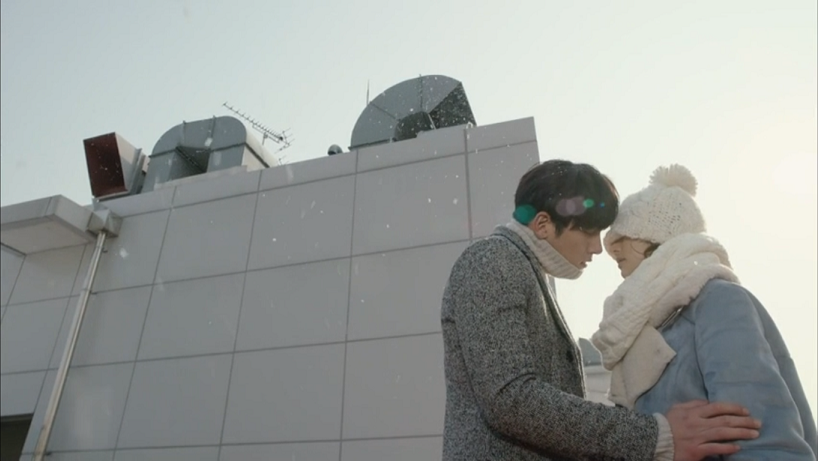 I can't by principle buy into the fact that Young Shin is somehow "in love" with a guy who's said three full sentences to her, whose face she's never seen, and who rather creepily decided to kiss her out of the blue (though yes, that was a gorgeous and sweet scene). I can understand lust or a sense of gratitude for him saving her, but it's definitely not love, and I'm not buying all the tears and drama of this psuedo-relationship. 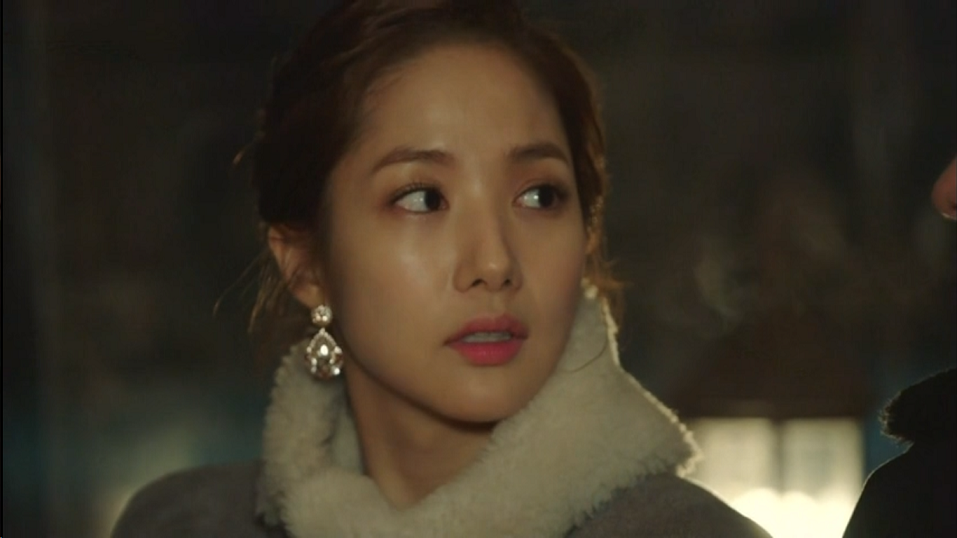 This frustration was made all too clear in episode 10, when we have patient, steadfast Bong Soo, a guy who she's actually had conversations with and who she clearly values, getting rejected because of her "feelings" for a mystery man. Young Shin is clearly an idealistic dreamer when it comes to her crush choices, and I suppose it works in a drama, but I kind of wish we could build out an arc when we can see her accept and recognize feelings for a seemingly ordinary guy around her. (Did Lois ever like Clark or only Superman? I can't remember). 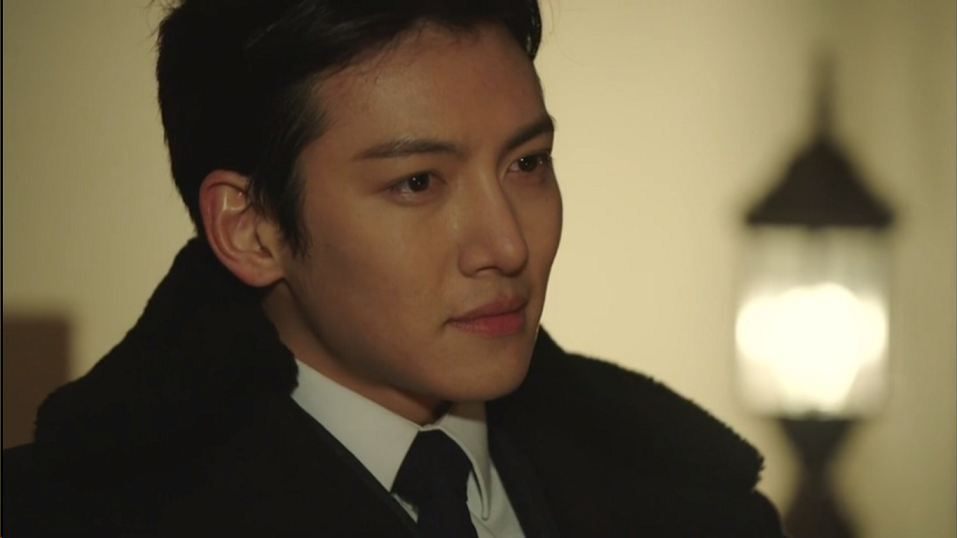 The entire Bong Soo - Healer situation is also a bit difficult to comprehend because it's uncertain where Bong Soo ends and Healer starts. If Bong Soo is complete fiction, then his entire relationship with Young Shin feels false. If Bong Soo is at least partly true, then the fact that she doesn't like him at all romantically is also a big negative towards their relationship. Is Jung Hoo more like Healer, or more Bong Soo? I mean, who is Healer anyways besides a very serious guy who has athletic capabilities? I wish we could dig more into Jung Hoo and just try to get more of who this guy is, outside of the girl he's crushing on. 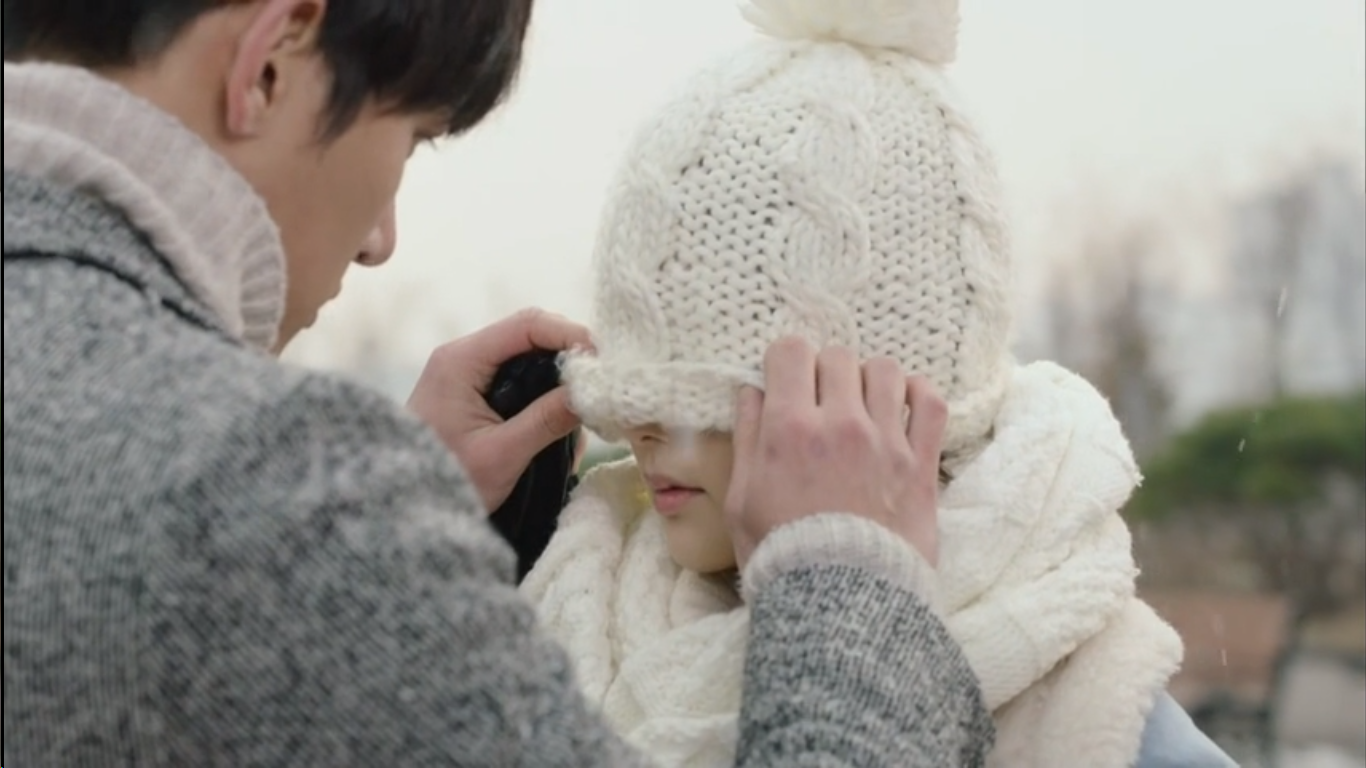 To tell the truth, I only enjoy about 10 mins of each episode, with the rest feeling like dull filler inserted to push forward the plot or add on to the complications. Luckily I like those 10 mins enough to sit through the rest, but we'll have to see how this ratio evolves going forward. For now, I can at least confidently say the OST is top-notch, the romance is engaging (though frustratingly simplistic), and the story is moving, albeit very slowly. Worth a look at, but just shy of being a straight-up addicting watch for me at this stage.