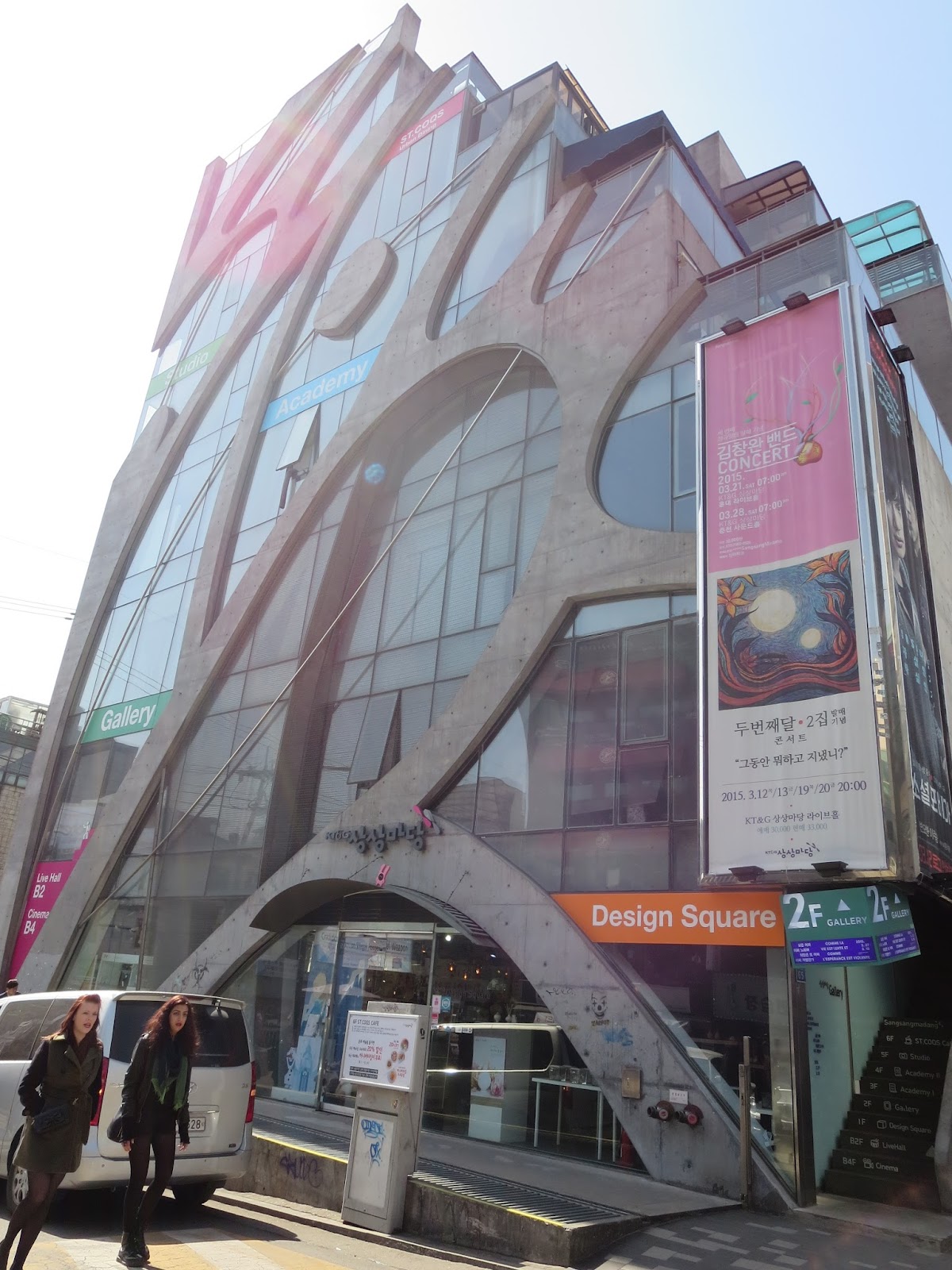 Moving on now to all the other miscellaneous places I visited in Seoul. We started with the KT & G Sangsang Madang pictured above, which was one of the places featured in the TripAdvisor art tour. It's located in Hongdae, and features a very interesting exterior. 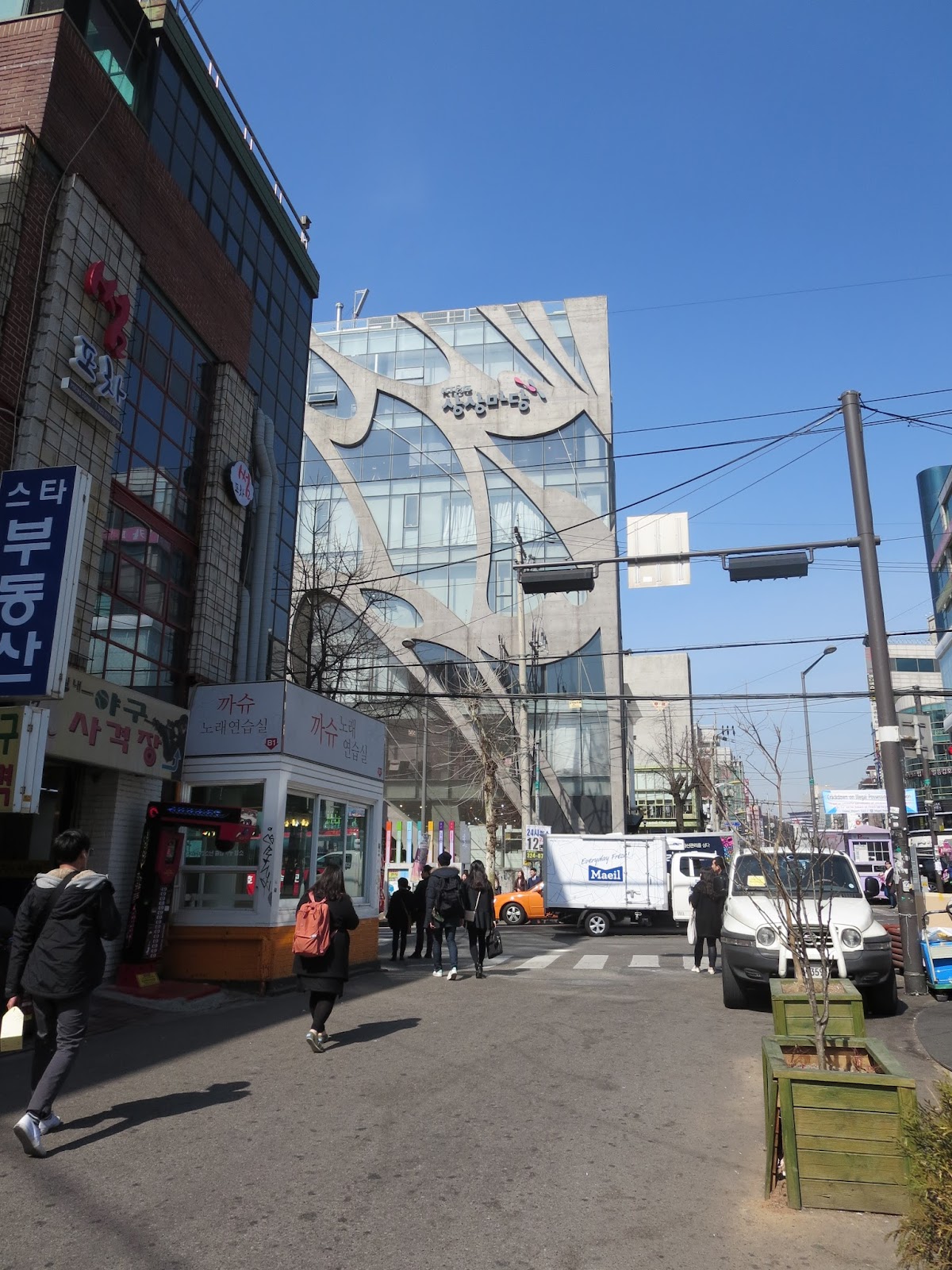 To be honest, I'm still not fully sure what this place is for. There was one floor of art "exhibits" open to the public, which showcased only about five pieces. The gift shop is quite interesting to browse through though, as it features 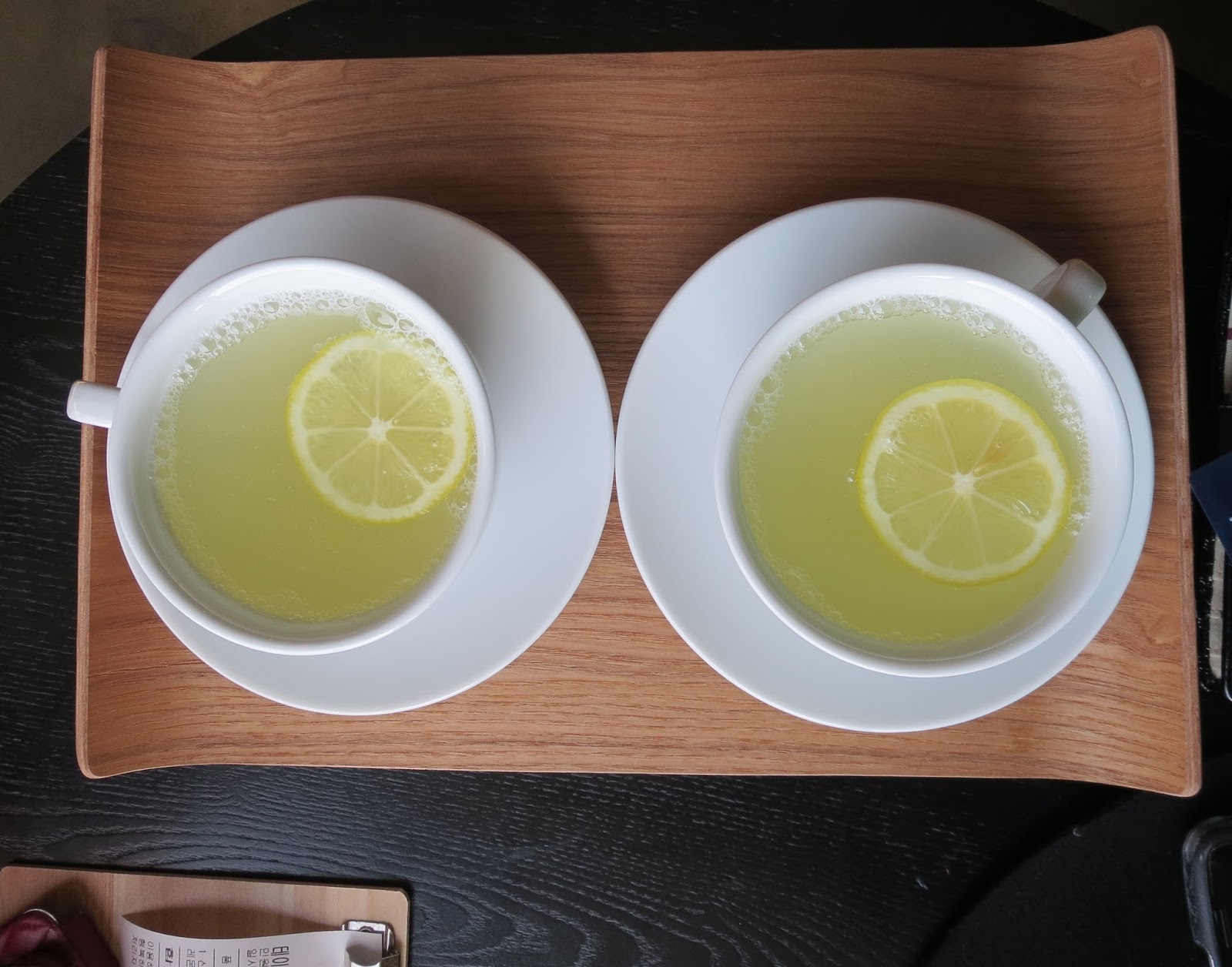 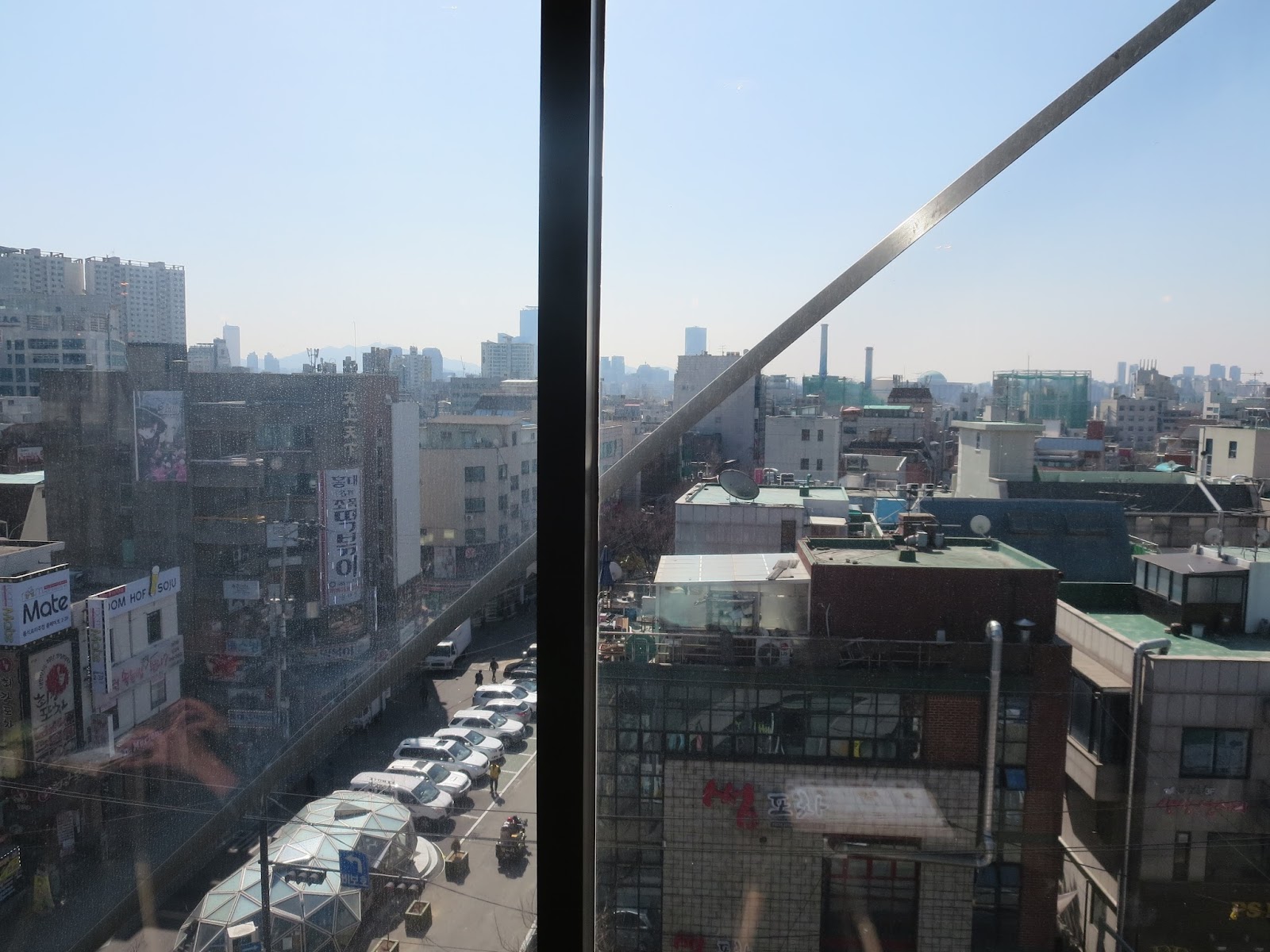 There's also a cafe up on the sixth floor, which served up some nice, tart lemon tea and a terrific view. We came mainly because we needed wifi, but it was honestly quite a nice ambiance for chatting.

Hongdae itself is also a lovely district, both in the daytime and nighttime. It has a trendy college-town vibe, with tons of students walking about. There's plenty of shops, including a large Forever 21, a Lush, and other brands. At night, all the bars open up. One thing I noticed was that the girls here really aren't afraid to spend on their shoes and bags - nearly every one we walked by had a brand name handbag  (think YSL, Prada, Chanel, etc.) and brand name sneakers. The stereotype is true, Koreans really take care of their appearance. 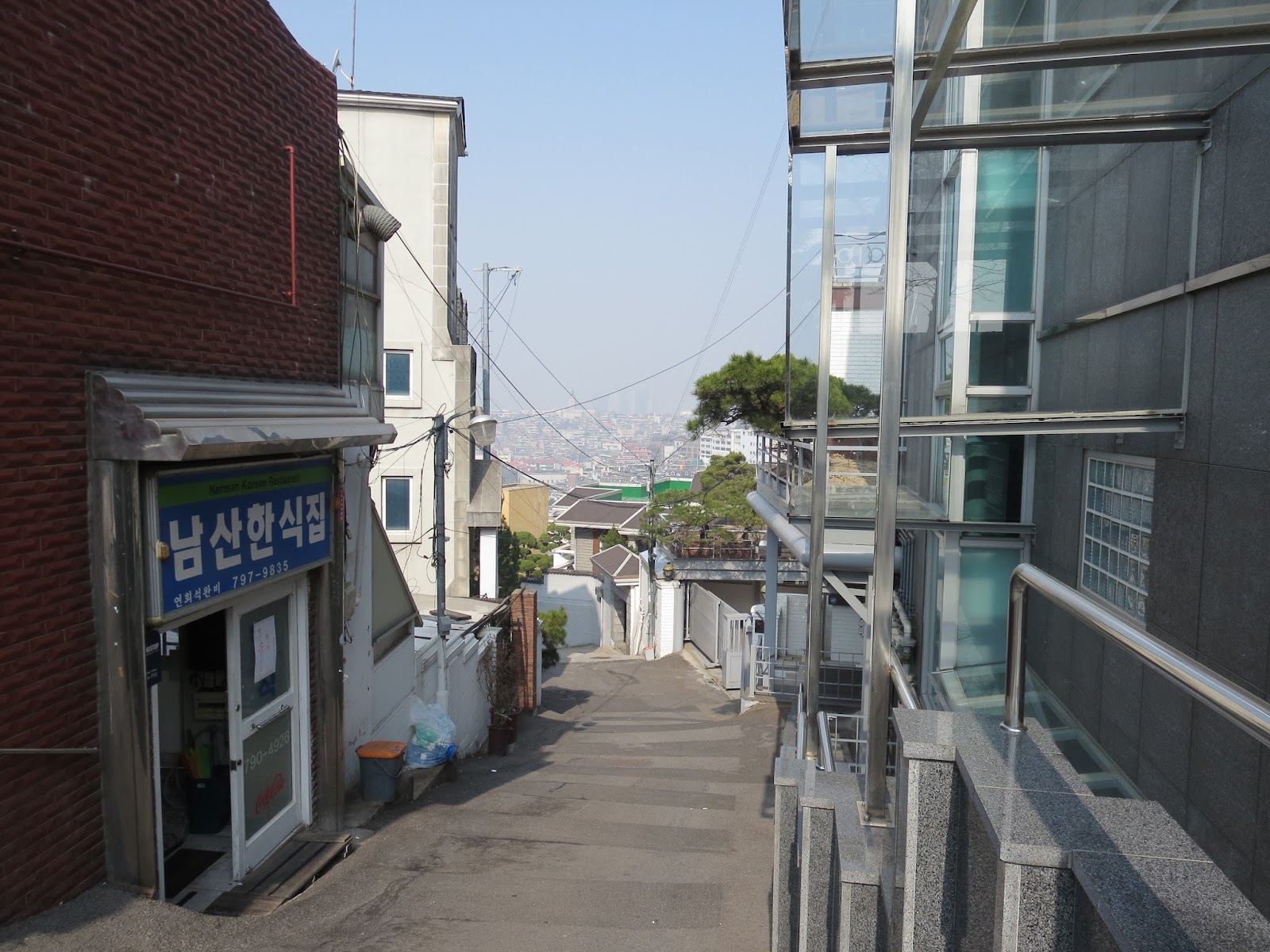 Our hotel was located in Itaewon, which is a ridiculously hilly district. It's also clearly a wealthy area, and all the homes were gated and looked exactly like the Chaebol residences featured in all of our favorite dramas. 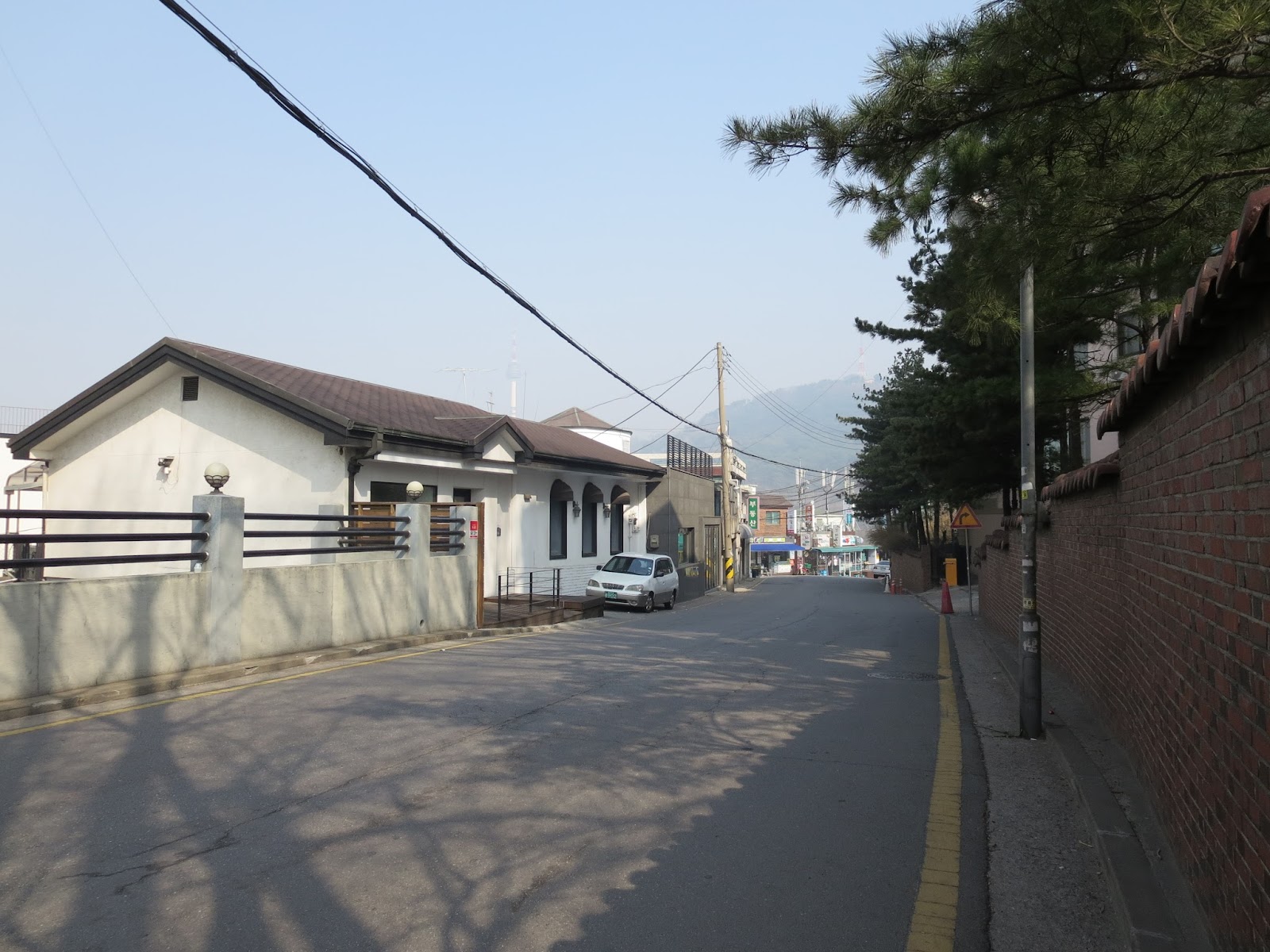 If you walk past all the residences, you end up in the more central part of Itaewon, which honestly felt a bit sketchy. There were 24-hour massage parlors (:/) and places that definitely looked like gentleman's clubs. Our guidebook specifically called out "Homo Hill" and "Hooker Hill" in this area. 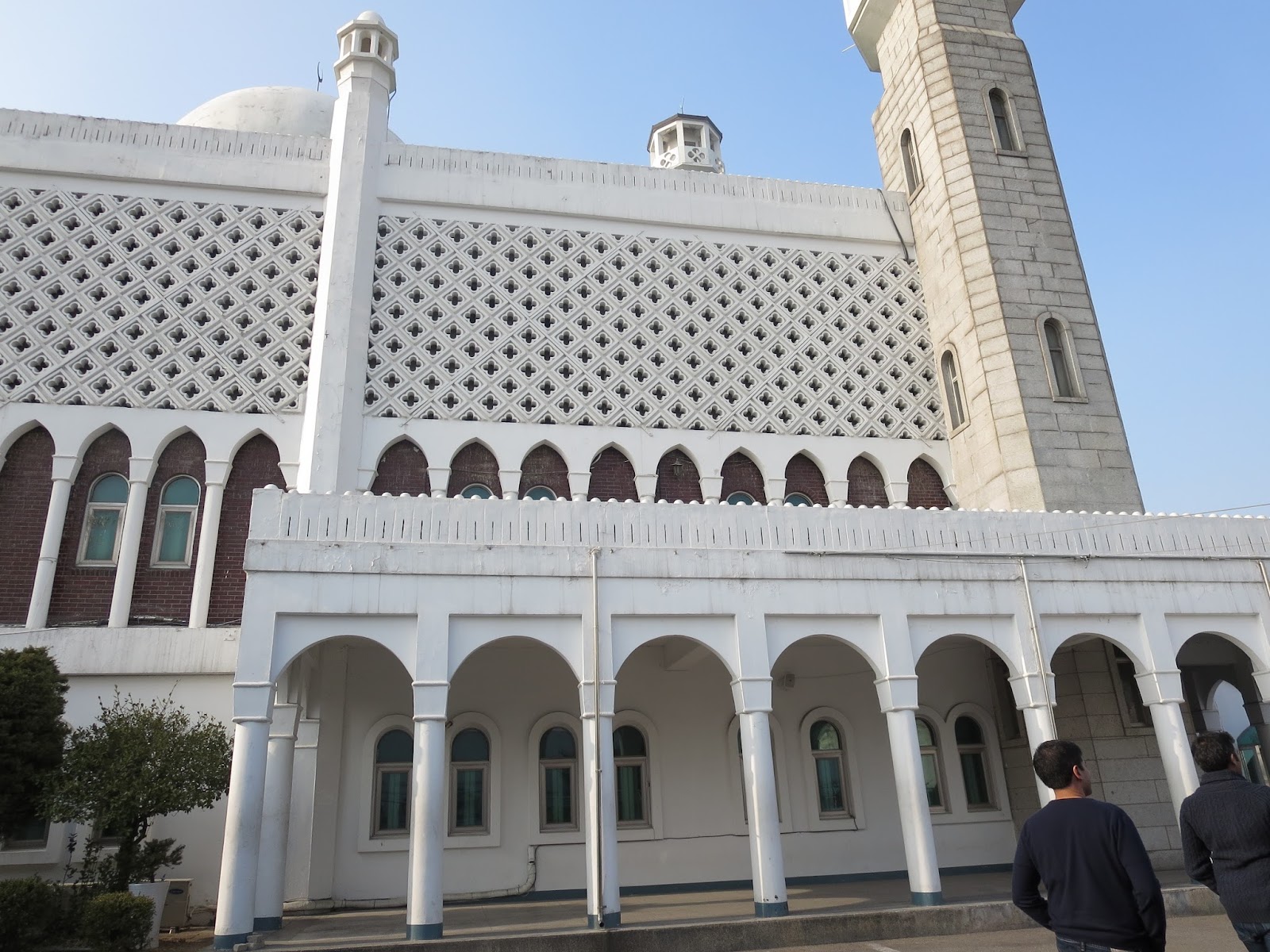 Our destination was the Mosque in this area. Yes, there's a surprising Muslim population in Seoul, centered around this district. 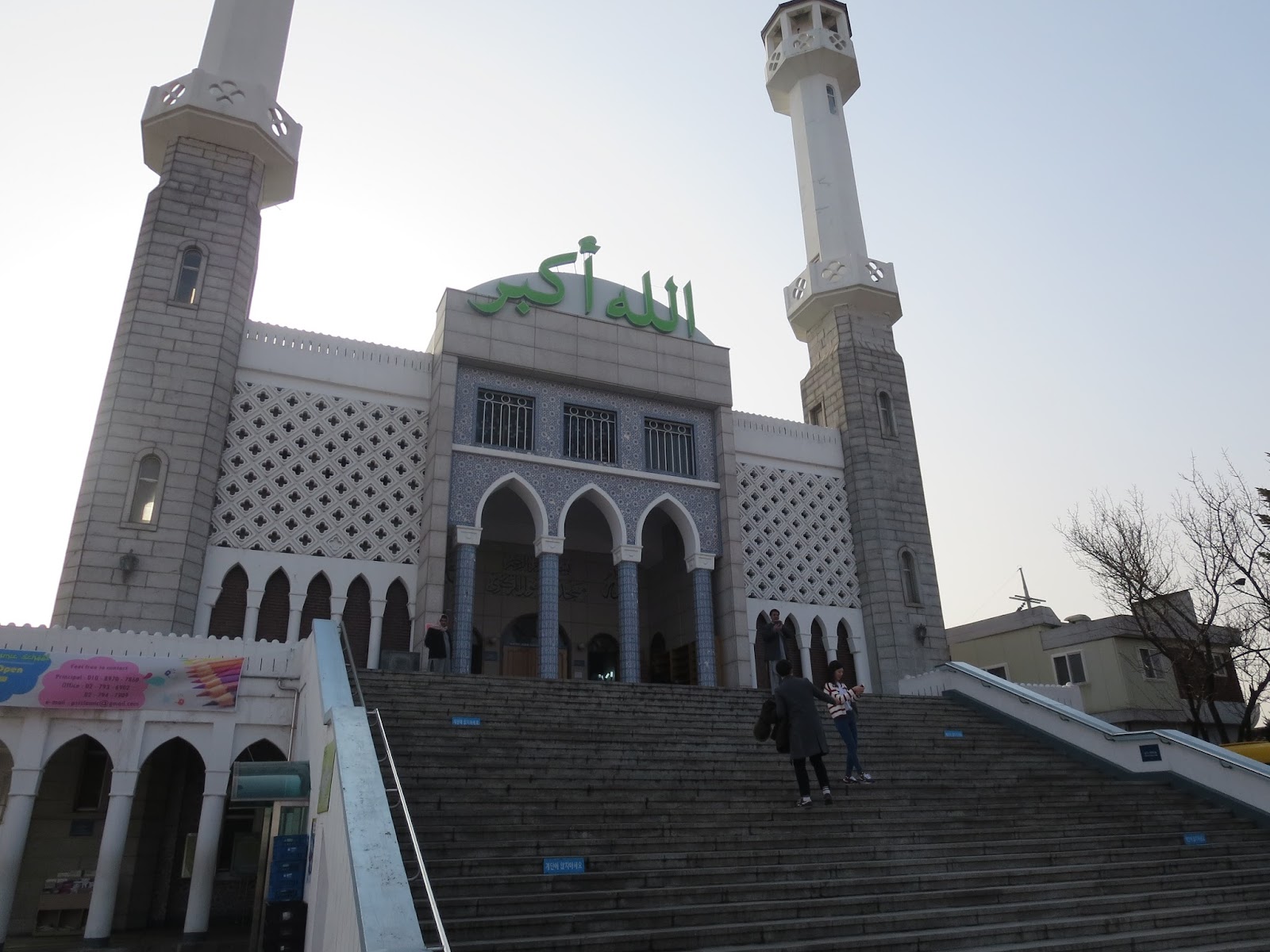 Having been to Istanbul, this mosque obviously couldn't compare, but it was surprisingly large and offered up a great view of the city. Just note that women can't enter. 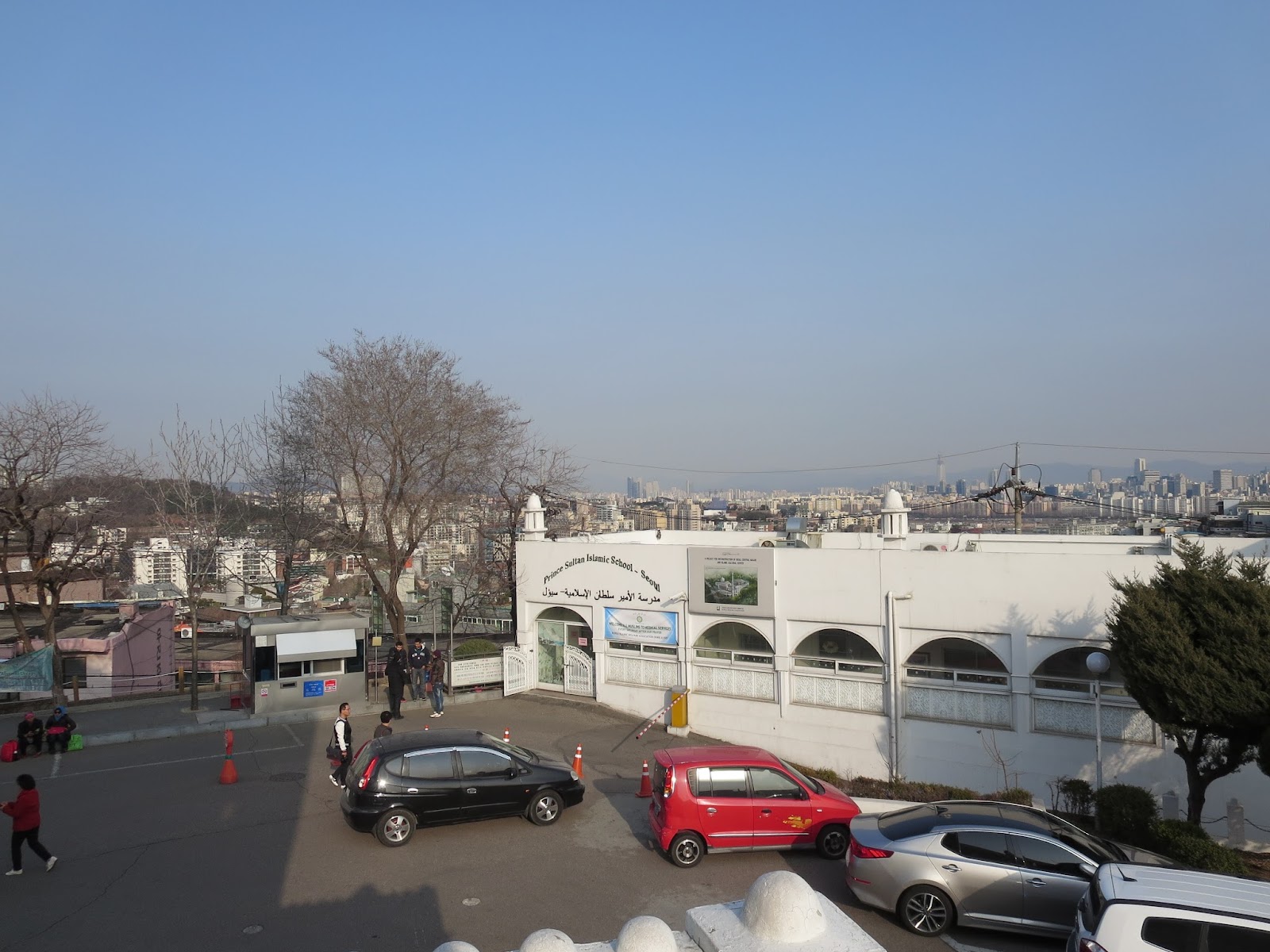 If you're an art lover, you should also visit the Leeum, Samsung Museum of Art in Itaewon. I didn't get a chance to, but supposedly it's a great place to spend a couple hours. 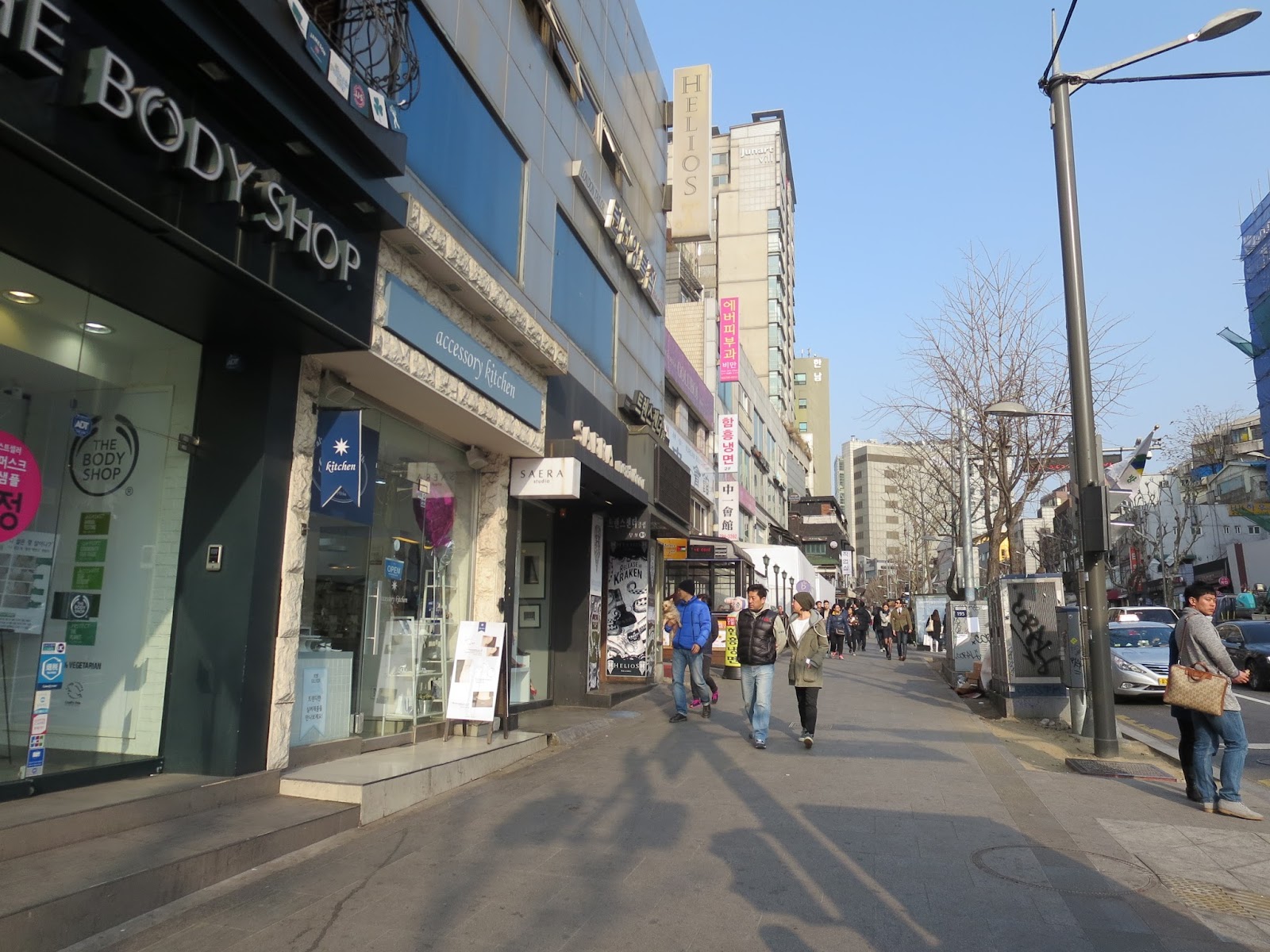 Our next stop was Garosugil in Shinsa-dong, Gangnam. It's really just more shopping and cute streets, good for an afternoon wander. There's many boutique shops in this area with local designer clothes, that supposedly are better for smaller sizes (under US size 6). This is close to subway line 3, Shinsa Station. 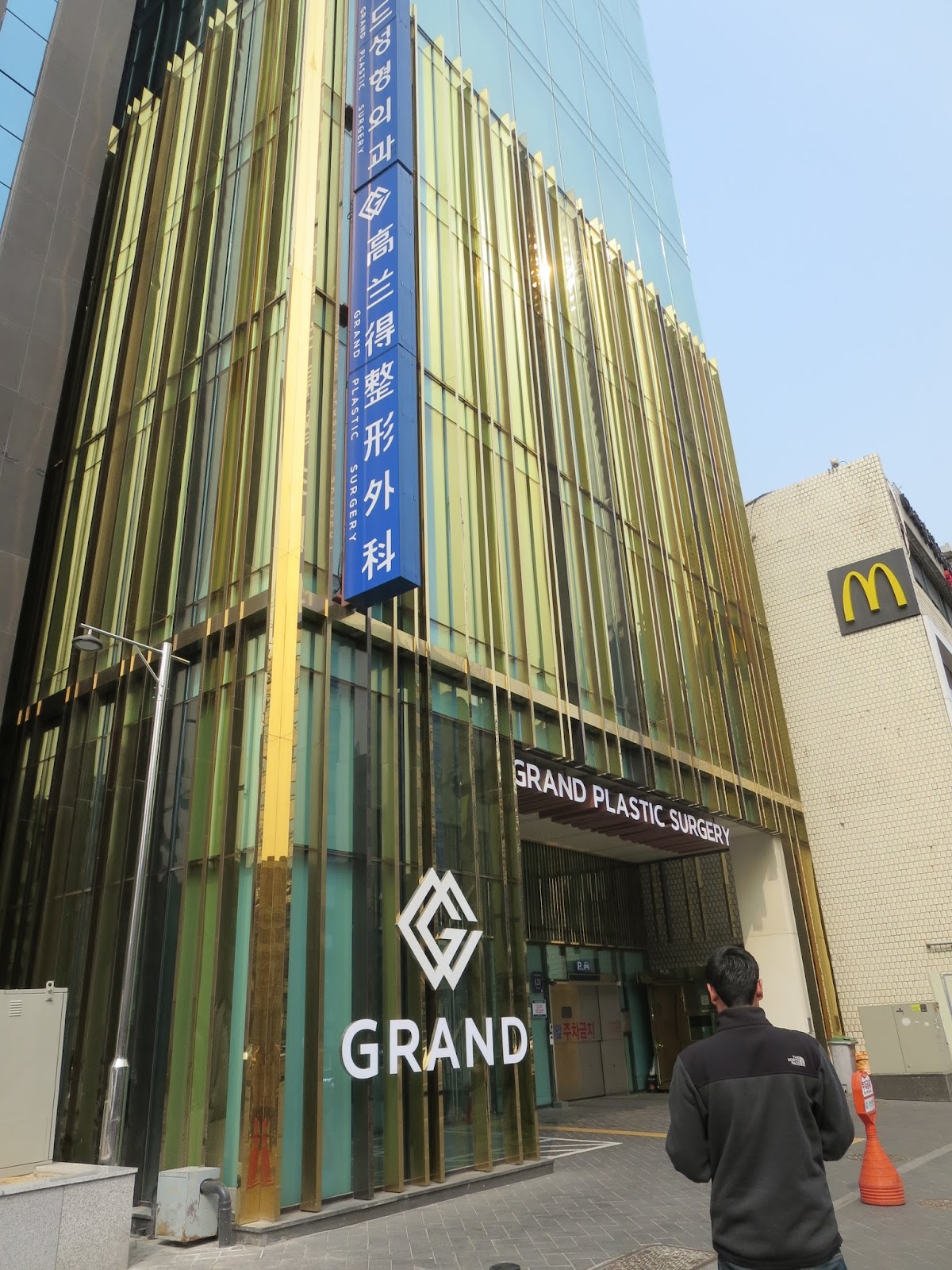 Just fyi, Grand is one of the best-known plastic surgery centers in the city. The building was enormous (over 10-stories) and very ostensibly placed in the midst of this area. 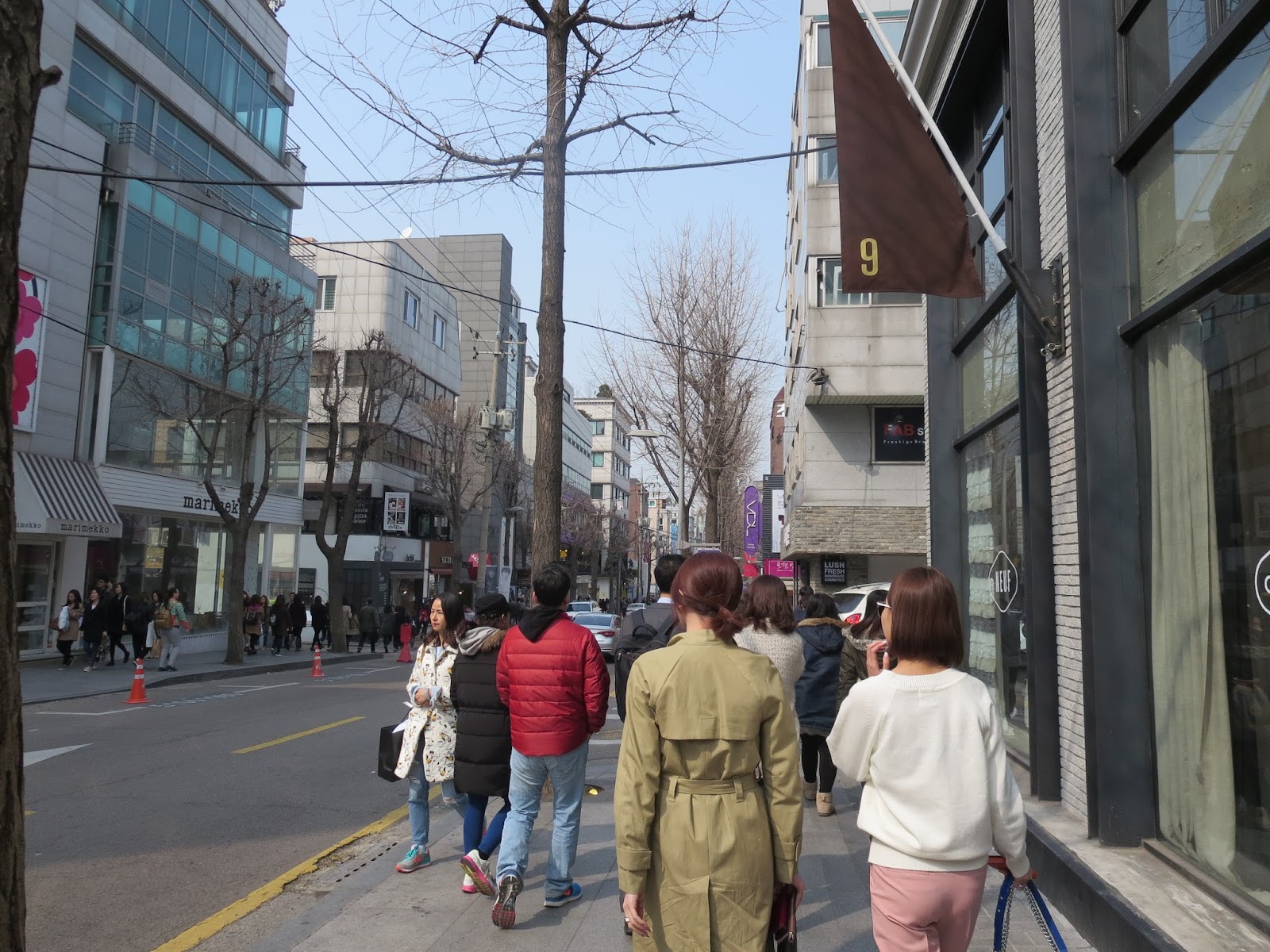 Interestingly, we learned that fried chicken and beer isn't available until at least 5PM. Literally, all the places were closed during the day. 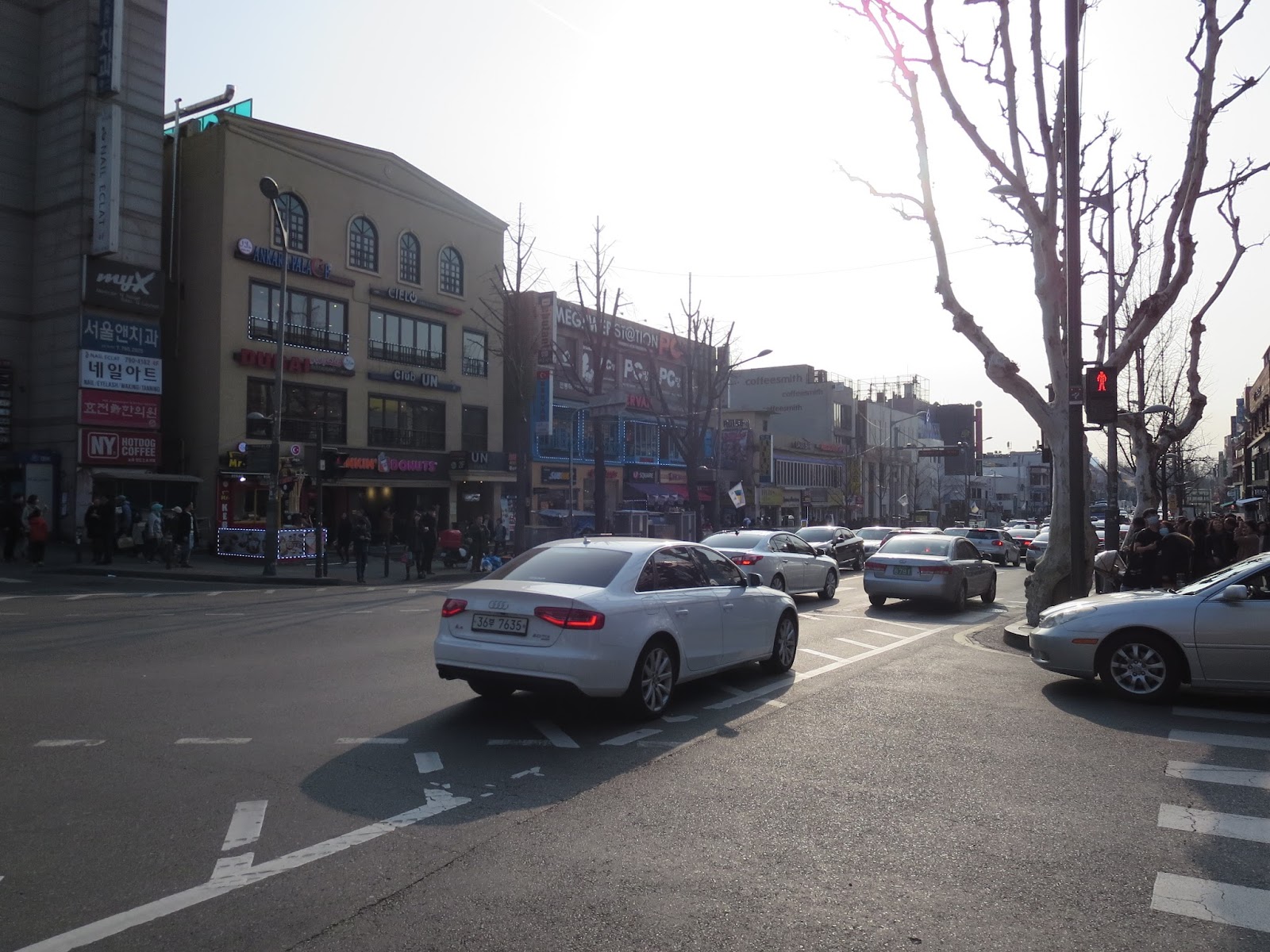 Here's a quick rundown of other areas to shop in Seoul, per one of the Korean members of our group: