Angry Mom: Not Impressed as of Episodes 1-4 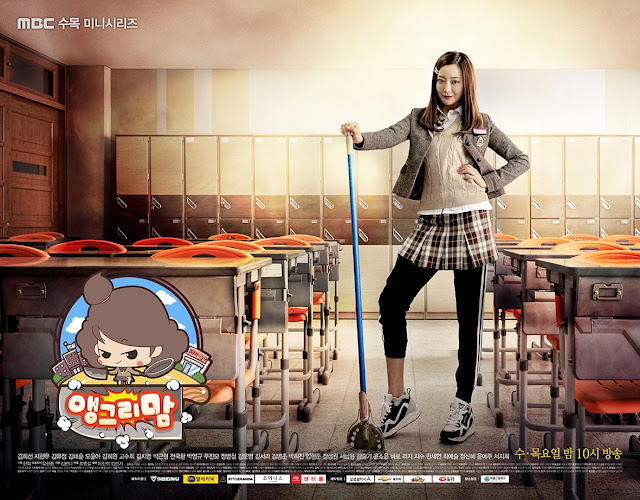 This drama was long on my list of must-sees, as the premise sounded so fun (a mom going back to high school to beat up bullies!) and featured what I thought would be an interesting OTP of Kim Hee Sun and my beloved Ji Hyun Woo. But wowza have I been disappointed with the end result, and four episodes in I'm deciding to call it quits. I feel like they totally committed false advertising with this show, as all the previews (including those I saw while in Korea) featured a cheery, fun vibe with Kim Hee Sun yelling and kicking those young guys into submission. But what this drama actually turned out to be is a depressing education-system political thriller. No, this does not work for me as a drama and I'm still irritated at the bait-and-switch pulled here.

The story features a married restaurant owner, Kim Hee Sun, who one day realizes her daughter is getting severely beaten at school. After unsuccessfully looking to the law to find justice, she decides the only solution is to go undercover as a high schooler and personally figure out who the bully is. It's a ridiculous premise, and the show spends all of episode 1 feeding us the reasons why it's a necessary and feasible plan. Apparently mom looks so young that she can pass as a high schooler, so while her daughter is recovering in the hospital she goes and enrolls at the school.

I'm okay enough with this general plotline, since Kim Hee Sun looks amazing for her age (though high schooler is still a stretch). My qualm is with everything else that's loaded in behind this deceivingly light premise. Be warned, this is one very dark yet slow-paced and oddly dull drama. Episode 1 struck me as surprisingly serious and gloomy, but I thought things would lighten up and the story would start rolling once the set-up was finished and we got mom into school. 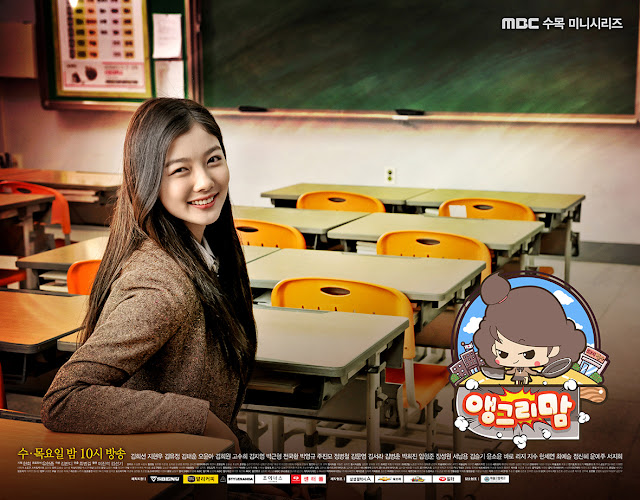 But instead, the drama veered into even darker territory, and I for one am not into seeing women-abusing Big Bads fill up a majority of each episodes running time with their crazed yelling and glaring. We get some pretty extreme violence shown here against nearly all the female characters, including rape, seduction, and direct physical brutality. This is not what I signed up to watch, and I frankly just can't stomach this as entertainment.

Even worse, the story has chosen to go with a convoluted and almost stupidly unrealistic backstory for the bullying, which of course ties into mom's own past. Spoilers here, but basically mom was possibly raped in high school, which I'm guessing is what led to her conception of Ah Ran (the daughter). Turns out the nasty rapist may be behind the violence on her daughter now, as he's also tied to some mafia gang of school officials gone bad. It's all too much, and I'm disappointed that the story has decided to go and take itself so seriously.

Kim Hee Sun is doing a fair job with the role, and actually manages to not look completely ridiculous in a high school uniform (would love to know that lady's beauty secrets!). She portrays the motherly love of her daughter quite well, and while I can't say I really care at all for secretive and mopey Ah Ran right now, I'm at least not completely indifferent due to her clear importance to her mom. Unfortunately for Kim, rather than getting to play a light and funny character, which I think suits her much better (just think back to Faith), she's been saddled with quite a depressing role as someone who's constantly put into terrible situations and either angsting over her daughter or shouting like a gangster. 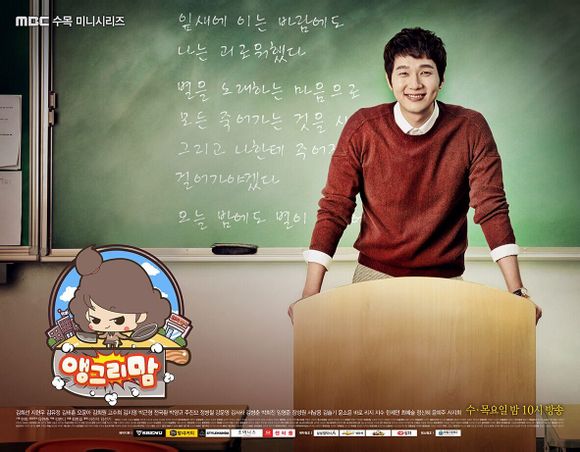 What confuses me more is what Ji Hyun Woo's doing here. I know that student-teacher and noona-dongsaeng romances are both overdone cliches, but darned if I wasn't looking forward to that odd dual combination getting used here. But, the issue remains that mom is married, and frankly the husband so far doesn't seem like all that bad a guy (just a little lazy). I recognize that 16 episodes makes it impossible to pull off a divorce and new love angle for this story, and so realize that apparently romance was never in the picture here. But darned if that doesn't seem like wasted potential. While Kim and Ji don't have the best chemistry, I was interested to see it play out, and honestly could have used a little romance at this stage to spice up an otherwise bleak story.

Sadly, the only love lines so far have involved statutory rape and villain manipulations, nothing I find worth watching. This overall just feels like a mess of a story, where it seems like they started with an interesting premise and then decided to add random dark crap until enough plot emerged. Pacing is also terrible, and even with all the dark stuff I somehow find myself bored during long stretches in all the episodes so far. I'm far from impressed, and frankly irritated by all the lost opportunity.

I'll also add that on top of all these issues, the music has been terrible. We have this random angsty jazz that plays randomly when the bad guys come on-screen. Furthermore, the main insert songs are forgettable and not at all aligned with the tone of the story. Just a blegh drama, where both writer and director are middling. I've heard positive impressions from others, but as it stands I think I've seen enough to know this isn't the drama for me.
Email Post
Labels: dramas Korea