Marry Me or Not: Episode 1 Review 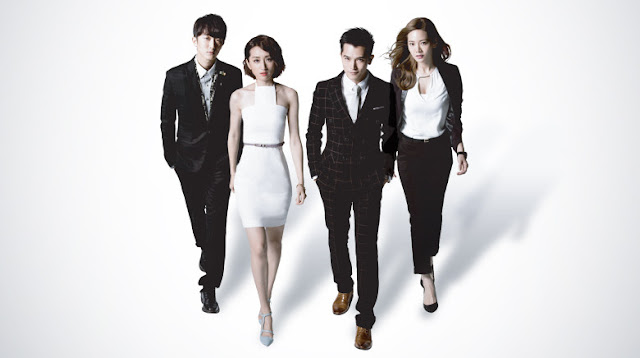 This is apparently the week for good cross-border premieres, what with From 5 to 9 giving a strong showing on the Jdrama scene and now Marry Me or Not doing the same for the long-empty Taiwanese drama field. I watched the 5-min MV for this show on a whim yesterday, and was happily struck by how good it looked. I never got Office Girl's appeal, as I personally found that show boring and the lead's chemistry tepid at best, but Roy and Alice just smoke up the place in Marry Me or Not. If they can sustain this for the dramas run, then this will be the show to watch this year.

The main draw for me right now is Alice's standoffish female lead. Too often we get the sweet and too-nice candy girls in the drama sphere, so it's always refreshing to find one who's in control and not necessarily the best or most likable person off the bat. I have no doubt that the show will redeem her by coming up for a reason for her flirtation with her best friend's crush in college, but for now I kind of like the cold ambiguity around the character. Additionally, the gazes between her and Roy, while limited so far, are so full of heat and potential that I just know they will carry the show terrifically between the two of them.

I'm much less excited about the second-lead pair that we'll apparently have to watch simultaneously fall in love. The amount I like Alice here is about the same as the amount I dislike Joanne. She's just one of those actresses that I've never warmed up to. To be fair, I don't think I've watched her in much aside from a few episodes of The Magicians of Love almost ten years ago (it's crazy doing the math and realizing that she was all of 17 when she did that show - makes me feel so old and also makes me really wonder at the casting choice there). She's always been the shrill and uninterestingly traditional Taiwanese female lead sort - super skinny, big eyes, tiny face and perfect hair. A very bland presence on-screen, and made worse by her overdone acting and rather aggravatingly high-pitched voice.

I haven't seen Harry Zhang in anything, though I will say he looks shockingly like Lee Jun Ki. Very cute, and I'm mostly sad that he'll be wasted on Joanne here. Can't Alice just win them both like every other drama? Why do we need this dual coupling at all?

Episode 1 sets us up for what's to come. Alice and Joanne's characters are rivals since Alice supposedly flirted with Joanne's crush (Harry) back in college. There's definitely something going on behind all this as we so far only get Joanne's perspective on the incident. Either way, the ladies hate each other but have to deal with being former schoolmates and employees at different firms in the same industry (travel). Roy plays Joanne's brother, which is a bit odd and I suppose means that we won't get much of the traditional love-triangle with the leading man. I was also a bit squicked out in the scenes where they pretend to be each other's fiancee and boyfriend respectively - umm I would never in a million years do that with my brother, even for the sake of trying to make my rival jealous. I mean, there's too big a risk of being caught in that, not to mention that's just weird.

To make things more complicated, Alice is apparently engaged to Roy/Joanne's uncle, though her mom says that will be bad luck. We all know this pairing won't work out, and we end episode 1 with the first real meeting between Roy and Alice, which was totally squealworthy and oodling with chemistry. Harry so far hasn't had any role except in flashbacks. 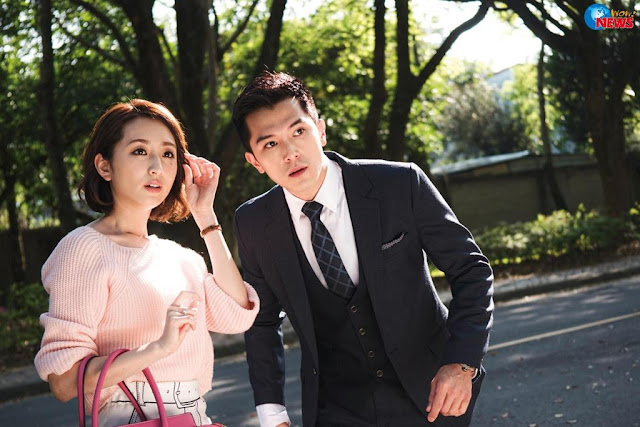 I like the bones of the story, with the rivalry between the women and the potential spark that Alice and Roy will soon find in each other. There's plenty of good dramatic tension in the story, plus a love story that features two actors with plenty of chemistry. Joanne still comes across as shrieky and shallow, but Alice's lead seems mature and confident, which I really enjoy watching. The fashion is also great to boot, with Alice's outfits seriously attracting some workwear envy in me. The show has also managed to tone down the typical batshit craziness / overexaggeration of usual Taiwan dramas. Alice's parents are the exception, but I'm willing to fast-forward through their scenes.

The opening song is super catchy, and this is one  MV that I'm happy to watch several times over. I'm excited for this show, though be warned that like all non-Korean dramas, this only airs once a week on Sun so it'll be a long slug. At least between this and 5 to 9 I'll have enough to keep me entertained this winter.
Email Post
Labels: dramas Early Impressions Taiwan