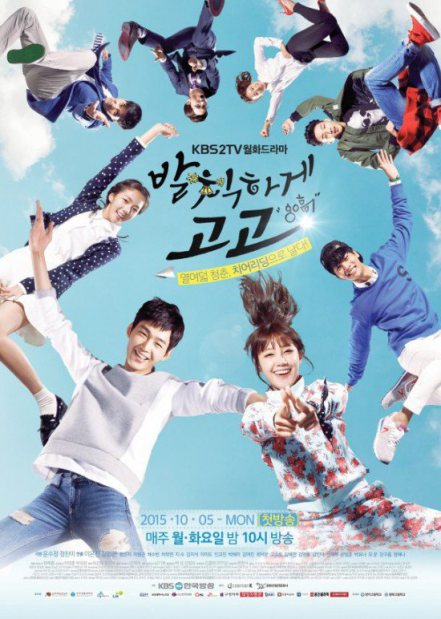 Sassy Go Go (odd name aside) was a surprising win as a drama. It has all the feel-good elements needed for a relaxing, casual watch, with an absolutely adorable high-schooler romance that really overshadows all else. I'm generally not a fan of high school dramas, which can often feel too frivolous and plot-thin. While the storyline here is in fact relatively cliche and uninspiring, the lead characters are so charming and sweet that you're willing to endure the less exciting elements of the story to see them together. I'm referring specifically to Kim Yeol and Kang Yeon Doo, who had some of the cutest, most chemistry-laden scenes I've seen all year. 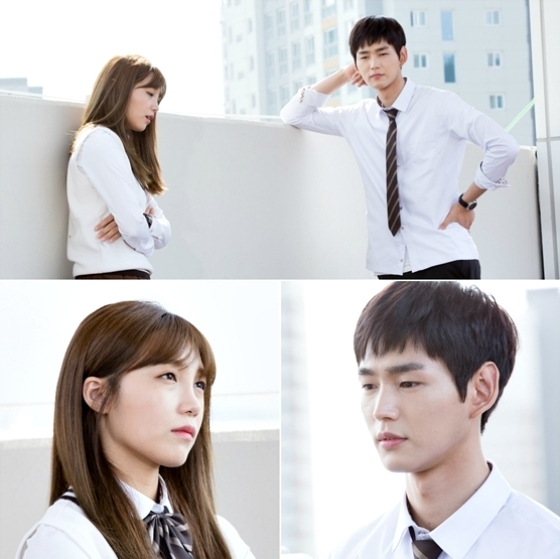 I love it when we get newbie actors who churn out memorable and convincing performances. Such is the case with Lee Won Geun, who I've never seen before but absolutely love after this show. His crinkly smile, his voice, his height - just everything was perfect, and Kim Yeol was probably one of my favorite leading men this year. Not to mention, his chemistry with Jung Eun Ji was phenomenal (I'd even say the best she's ever had with a leading man), and made me completely ship them together.

As far as characterizations go, there's nothing novel here. Kim Yeol is a relatively stereotypical top-of-his-class, cold and suave chaebol type. But he's written with interesting depth and acted with just enough playfulness that he comes across as dreamy but realistic rather than completely cliche.

Eun Ji's character is exactly what you'd expect if you've been following her performances over the years - spunky, loud-mouthed and super outgoing. I really would love to see her venture into something completely different like melo for once (or maybe not considering how forgettable and out of place she seemed in That Winter the Wind Blows), but I suppose when you're really good at a particular type of role then you should milk it. I did find Kang Yeon Doo to be completely likable and fun, and also thought it was believable that two great-looking and smart guys could come to love her (which definitely is not the case for all drama heroines). 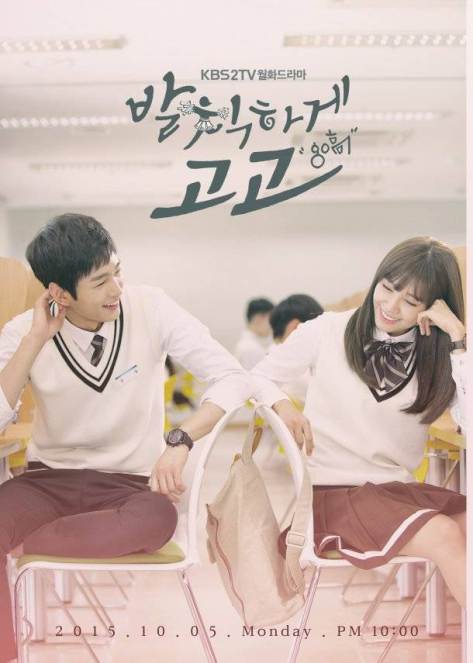 This might be embarrassing to admit, but one of the draws for me in this show is the obvious similarity it shares with the Itazura Na Kiss plot, with a top-of-the-class aloof guy and a less academically inclined girl. But this is like the version of Itazura that I've always wanted, with a girl who actually has an ounce of intelligence and lives for a greater purpose than just liking the guy. It's opposites attract, but in a totally realistic way where you actually get why the guy starts to like her.

Unfortunately, the underlying cheerleading story never got to be more than one-dimensional, and I got bored by episode 11 once they started the parents romance angst angle. In fact, I don't think I cared for any of the sub-storylines, though I did find the coaches endearing and loved the cute little outings the class took (mainly because it allowed for OTP development). For instance, I never really cared for Soo Ah and felt her story of the overworked student was one we've seen about a million times in Asian dramas. She was also just a tiring character, though I admit that I felt some sympathy towards her in the end.

Dong Jae's miraculous overcoming of his touching phobia was too cliche and convenient for me to take seriously, and his character was always a bit flat. Ha Joon was done slightly better, but Ji Soo doesn't do it for me and I enjoyed watching all of Yeol's storylines far more than Ha Joon's overdramatized abusive parent arc.

I suppose the gist of this review is don't go in expecting to be blown away by great, nuanced storytelling in this series. Go in for an adorable OTP and a fun soundtrack (I freaking love the Hold On There whistling song and have had it stuck in my head ever since I watched this).
Email Post
Labels: dramas Jung Eun Ji Korea