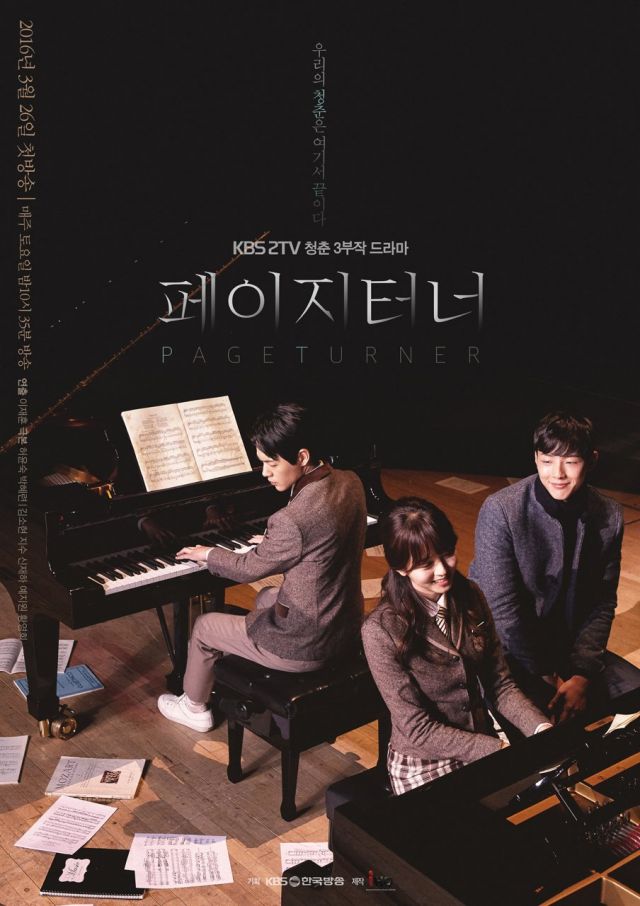 Page Turner wasn't a drama I originally had any intention of checking out, as I've never been big on the high school genre and also have never been a massive fan of either Ji Soo or Kim So Hyun. But I kept hearing things about how inspiring the show is, and as I could certainly use more of that in my life, decided to give it a go. And I have to say, it's a pretty darn good watch so far, with a compelling cast of characters and a story that's interesting but not at all over-dramatized. True to this writer's creds, the opening episode is almost immediately addictive and really gets you invested in its cast of characters. I also think the show is buoyed by its short length of only three episodes, because it means the story has to continually clip forward without the typical lulls of longer dramas. 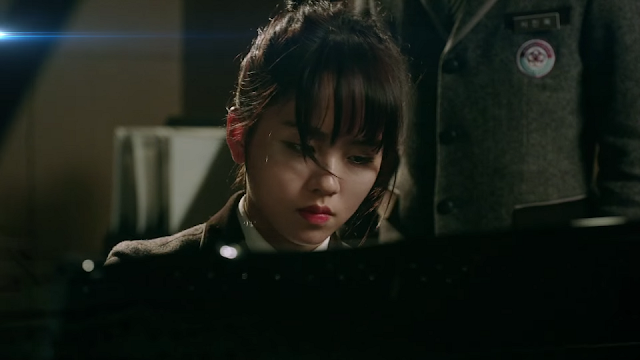 Page Turner stars Kim So Hyun as Yoo Seul, the top student at her music school where she plays piano. She has a long time grudge with the second-place student, Jin Mok, who in the opening sequence tries to sabotage her by knocking over her sheet music during her test. Yoo Seul manages to show him up, but almost immediately after winds up in a car accident that leaves her blind. She ends up running into the cheery and hapless Cha Shik (Ji Soo), who essentially suffered his own injury and wound up in the hospital in time to save her from suicide. He's an aspiring pianist, and winds up becoming her assistant at school, and eventually her friend (and I'm assuming future love interest). 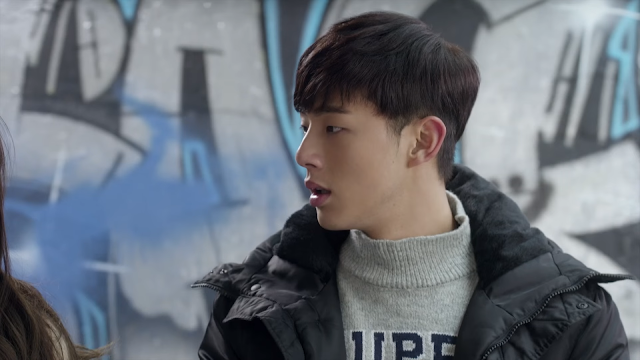 What I love most about this story are the characters. Yoo Seul is steely and arrogant, but for good reason as we uncover her true feelings about the piano and her strained relationship with her mother. Her mom is easily the least likable member of the cast, but even in her I see the potential to grow and develop and no doubt the mother-daughter dual will reconcile by the end. Our male lead, Cha Shik is the exact opposite character type to Yoo Seul and thus her perfect foil, with an almost irritatingly sunny disposition. He's definitely the Candy of this story, with an eternal optimism and an unending work ethic. 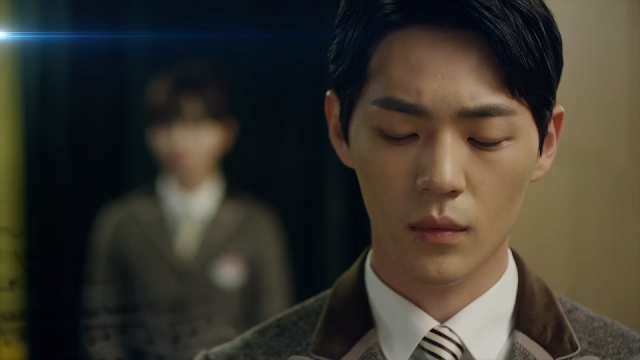 While I like that they reversed the usual gender tropes with a cold heroine and a bright hero, I'm honestly still not entirely warmed up to Cha Shik or to the idea of these two characters romantically together. That's probably because I'm totally second-lead shipping right now, as Jin Mok, the former rival, manages to steal all of his scenes by playing the secretly smitten and internally kind mean boy. That character type is just my weakness, and no amount of charismatic acting from Ji Soo can overcome that. And can I admit that Ji Soo is just not my type? I'm not sure I ever quite understood the hype around him as an actor, even when he was playing a similarly angsty type of noona-loving character in Angry Mom. 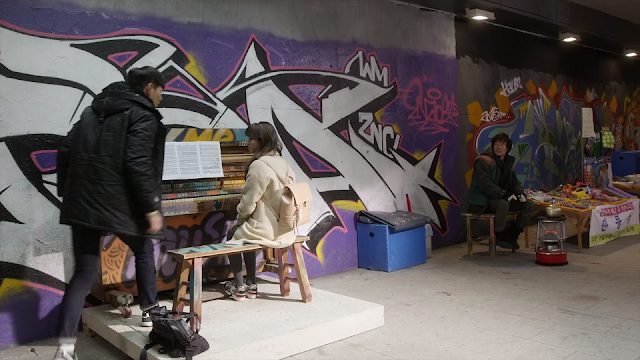 Regardless, I can still appreciate the dynamic between Yoo Seul and Cha Shik, and think the two actors have a solid chemistry and more than enough acting prowess between them to carry the show. I love their dynamic, and I'm excited to see that develop, though a part of me still secretly wishes they could remain friends and Jin Mok could get some recognition for all the secret heroism he's done. 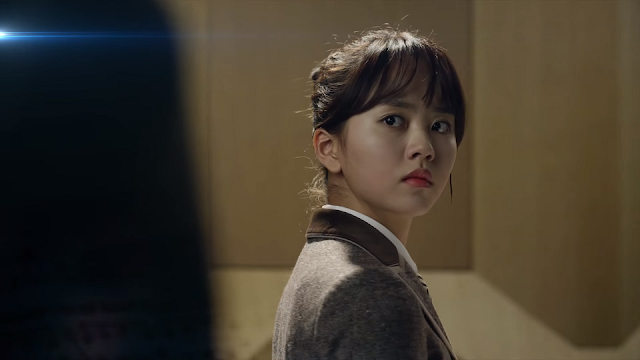 I've also got to say Kim So Hyun is so freaking gorgeous - girl has a bright future ahead with such a combination of looks and talent. Who would have guessed it from watching her as the sulking child in Rooftop Prince all those years ago? She's only 16 btw, which must make her 23 year old coworker Ji Soo feel pretty squeamish at playing a romantic lead. For that reason, I'm betting on the fact that they probably won't kiss in the end, which is actually totally fine with me. There's something so warming about an innocent love. 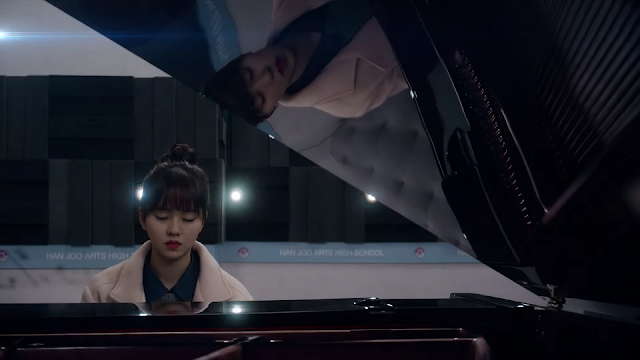 The story isn't anything particularly novel - you've got the typical arcs of a bickering relationship turned friendship turned more, combined with a solidarity-building competition. But it just works, because you're invested in these characters and you like them together and separate. The directing is also on point, and in looking back I've noticed that episode 1, which featured Yoo Seul in a very dark emotional state, is filmed with a grimy, shadowy darkness over most of its scenes while episode 2 is far lighter and more colorful as Cha Shik comes into her life. The lighting in this series is amazing - just look at the almost-suicide scene and the biking scene to get what I mean.

I'm both sad and happy that there's only one episode left until the end - sad because it feels like there's still so much that could be tapped into with this story, but happy because this won't allow for much unnecessary angst (though I'm sure we'll still get some) or prolonged separation. I can't wait to see our kids fall in love and strengthen their friendships. I'm also predicting that Yoo Seul regains her eyesight, because of course this is a drama and she needs to be able to see Ji Soo in the end to confess how much she loves him. Yep, looking forward to the sweetness to come. 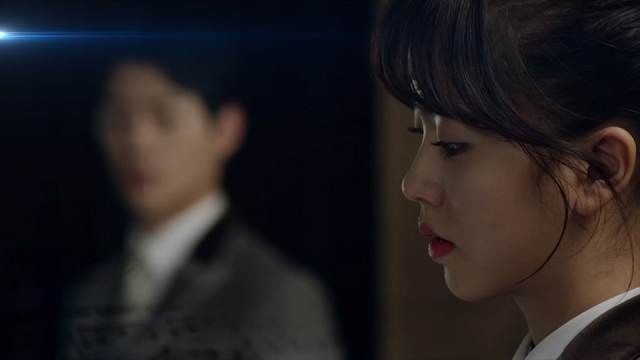