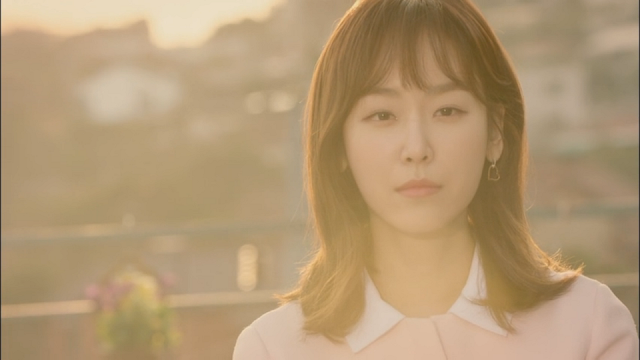 This is a story that you'll either love or hate depending on whether you buy into its premise. For me, the overarching story of Eric's character somehow destroying Oh Hae Young's fiancee and causing him to break off the wedding the day before due to a name confusion, combined with all the supernatural coincidences between them (e.g., Eric's visions, their coincidental meet-ups at the bar, then as neighbors) are just too much for me to take seriously. It's that interesting combination of a drama that's trying to be heartfelt and realistic but paired with some of the most absurd storytelling I've ever seen. However, I will say that the dynamic between our leads is fairly cute, and now at episode 3, the characters are finally starting to grow on me. It's not enough to keep me watching, but it does make me understand the show's popular appeal. 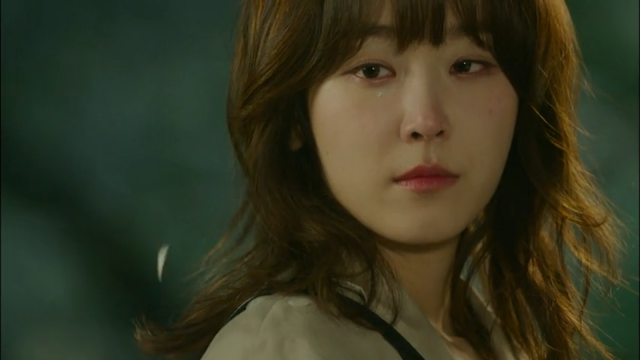 The main issue for me with this drama is how slow and draggy the episodes are. I made it through episode 3, but had to essentially force myself through and caught my mind drifting off on multiple occasions. There's a lot of filler surrounding very little actual substance. We get some poignant character moments and cuteness, but the writer and director seem to insist on surrounding those with pure nonsense. For instance, there's just one too many scenes of Hae Young moping around lost in thought (and walking boldly through traffic, which drives me mad), as well as endless flashbacks to Eric's "visions".

It also doesn't help that the side characters are all one more annoying than the other - don't even get me started on Eric's mom - that woman needs to just exit this drama rather than wasting the audience's time. This is a story that has and continues to suffer from too much set-up as well as extreme pacing issues. Just to give an example, why has it taken three full episodes for the other Oh Hae Young to finally surface? 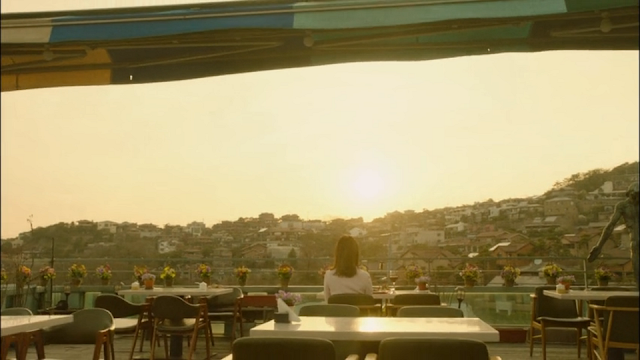 I do give credit to the director for his artistic flair though, as this is certainly one of the most outwardly beautiful dramas I've seen. Every episode has more than its share of incredibly cinematographic moments (e.g., so many scenes with the cherry blossoms falling that it's almost getting old) and there's so much beautifully flattering soft-lighting that I just want to live in this world. It's reflective and unique to look at, and the lovely moments give this dreamy and air-like quality, which I'm sure many appreciate. 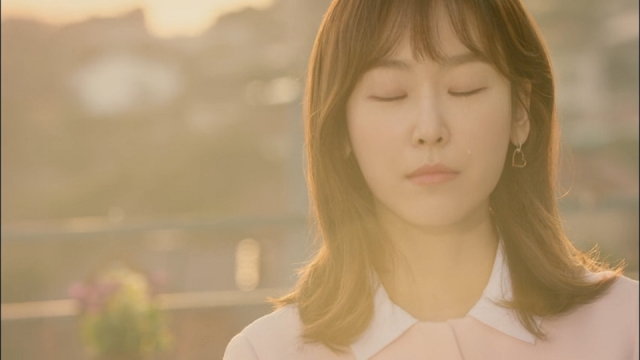 Unfortunately, I find many of these shots to be excessive and time wasting, because story should always trump beauty in dramas and here the drama feels more like a series of overlong beautiful montages rather than a cohesive and progressing narrative. I'd rather move on with a plot point rather than sit through all the "silent musing" and "lost in thought" moments. It's just frightening to think how slow the story already is, and how much slower it'll likely get now that the extension is confirmed.

I will say though that episode 3 was a marked improvement upon the first two. We get some really strong character development moments and finally some progression in the relationship between the leads. We also get some humor to tide over the slow moments. But it's not enough to keep me invested, especially as I just don't really buy into the romance. The two leads are cute together, but again the fact that their relationship is built on so many coincidences just doesn't do it for me. The chemistry is also frankly lukewarm - it's nice and comfortable, but there's no major spark outside of the fact that we're watching two gorgeous people interact. 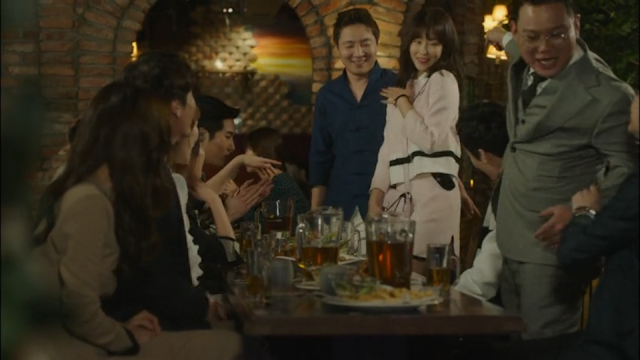 What continues to irritate me the most about this story are the visions. They effectively function as useless plot spoilers. In a normal story we can wait for the moment to come, but here we're shown the moment out of context, such that when the moment does come it completely deflates it. For instance, thanks to Eric's psychic abilities, there was zero surprise when we saw pretty Oh Hae Young pop up a minute later. What else are they planning to spoil? The first kiss? The eventual betrayal/tears? It's all the more irritating because it's one of those useless psychic skills where it's not like Eric has any power to change them or prevent them from happening - they will happen regardless, and sometimes because of the fact that he had them. It's very That's So Raven, and I never cared for that device there and care less for it here. 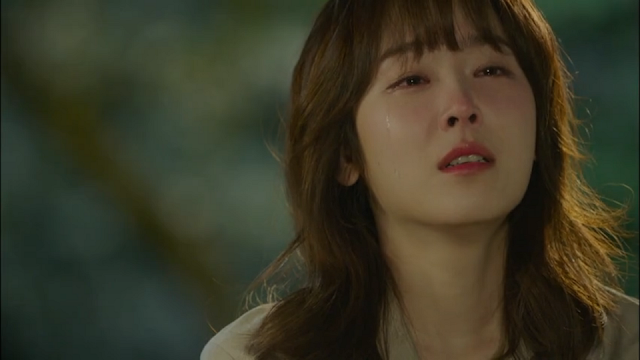 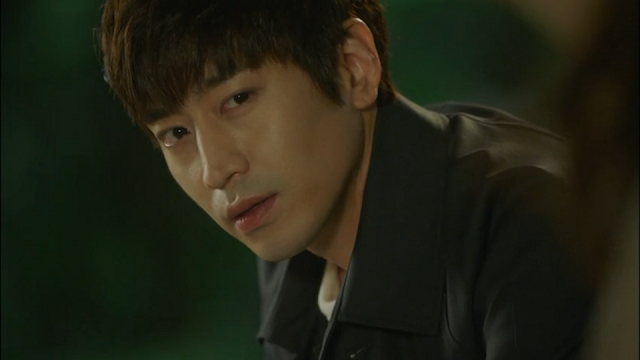 Finally, I'm just not able to sympathize with these characters. Yes, getting left at the altar sucks, but it's nothing to go and consider suicide for or to go out and ruin someone's life for. These two are clearly very privileged individuals if they've never experienced a life loss or problem bigger than this. Most episodes I find myself just wanting to smack them both on their heads for being so self-pathetic and wallowy. So many of the relationship development scenes involve them feeling sorry for themselves and bonding over that while Hae Young cries. It's just not for me.

This will also seem a nitpicky point, but I can't stand the music selections in this drama, especially the main ballad. It's a distracting earworm, which does nothing to enhance the moments and then gets stuck in your head right after. All the songs are pretty bland frankly, and for a show about a sound director, I would have expected better. 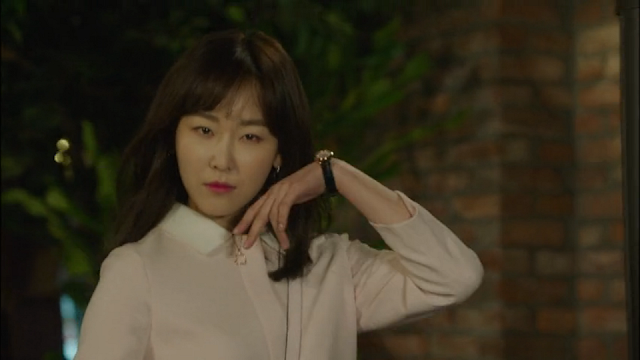 Eric dramas are still 100% miss for me, as are Seo Hyun Jin's. I know plenty of viewers love both of them, but for me both of these actors are the low energy type, and put together create a pairing that quite literally puts me to sleep, especially when combined with a no-energy plot. Seo is cute and does ok as the leading lady, but again just not for me. Lots of pretty, too little substance for me to stick around. 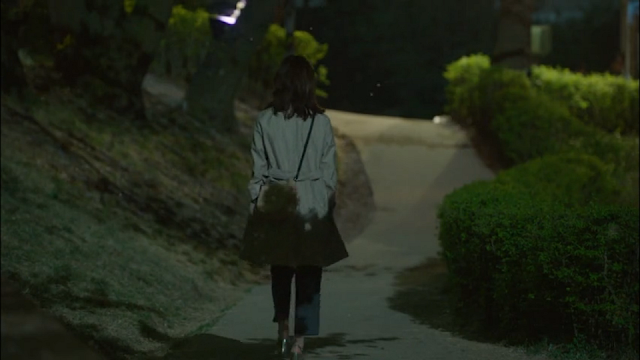