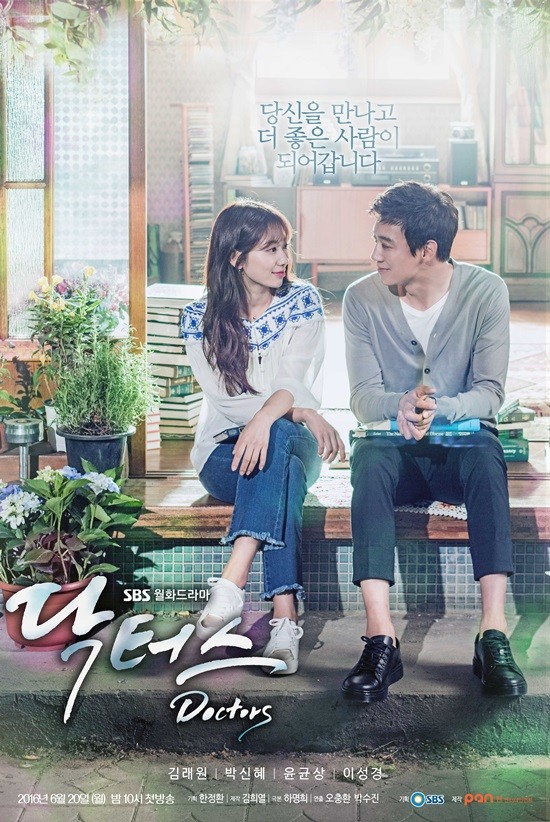 I am obsessed with this show right now. Even though I'm not the biggest Park Shin Hye or Kim Rae Won fan, the combination of the redemption-and-satisfaction loaded storyline with strong characters that have killer chemistry is almost too good to be true. I was gripped within the first ten minutes, and four episodes later am fighting off the urge to rewatch the earlier episodes.

I just love everything about this drama, from the plot arc which features plenty of reversals of fortune and interesting characters, to the slightly forbidden but undeniably powerful romance, to the fact that here's finally a story that features an impressively competent yet sympathetic female lead. Everything else, from the perfect OST, the cute second lead, the frenemies dynamic between the leading ladies, the too awesome grandma and the kickass style Park Shin Hye is rocking, is just icing on the cake. I'm wary of whether this show can sustain the momentum for a full 20 episodes, but certainly hope to be proven wrong. 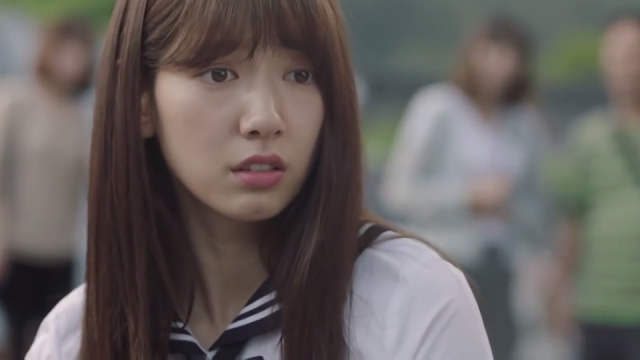 Doctors centers around Yoo Hye Jeong (Park Shin Hye) whom we meet while she's an 18-year-old delinquent high schooler who gets dumped by her father into her grandmother's home. Her new homeroom teacher also happens to be a tenant at her grandmother's house, and he quickly becomes a mentor, with an edge of something more. Hye Jeong is by no means a pushover or an optimistic Candy character - she's completely jaded after having grown up without her mother and with a father who's a horribly selfish non-parental figure. She's naturally sharp though and very street smart, though that's caused her to overlook school in favor of parties and general rebellion. Despite her flaws though, I was immediately taken with Hye Jeong. You just can't ever truly blame her, even when she does plain wrong things, because you see the hurt and pent-up frustration underneath her character. You can tell that she's fully aware that what she's doing is wrong and doesn't like it any more than the viewer, but feels trapped and driven to such extremes. And again while I'm not a big fan of Park Shin Hye, I can't deny that she's definitely leagues beyond the idol actresses in the ability to convey a character's sorrow and heart - the hopelessness, sadness and regret just surface up to her eyes. I think Hye Jeong's the first character of Park's that I've truly liked, in large part because she feels multidimensional and there for a greater purpose than simply serving as some guy's love interest. 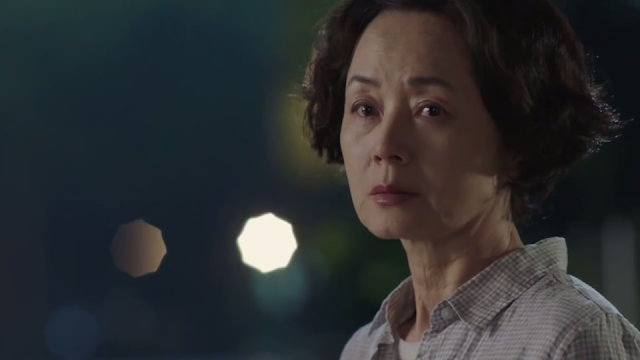 The best part of Hye Jeong's character growth though has to be the heartrending relationship that springs up between her and her grandmother. Her grandmother is every bit as whip smart and aware as her, and loves her granddaughter despite her flaws. She's also determined to push her to be better person and to spur the drive to achieve something more. The love between these two characters is one of the best things about the early episodes, and it's truly a travesty when that's taken away. 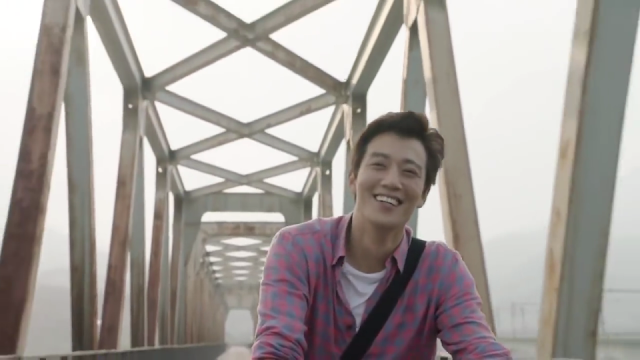 The other soon-to-be big force in Hye Jeong's life is Hong Ji Hong (Kim Rae Won), the cheery yet haunted homeroom teacher. Here is a relationship that I'm still trying to figure out the roots of, and am absolutely fascinated by. Up until the end of episode 3, the main dynamic shown was a clear respect and friendship, as well as a very obvious crush from Hye Jeong on Ji Hong (and who wouldn't considering how sweet he is). But then at the end of the episode, we suddenly see that there may have been something more from his side as well. 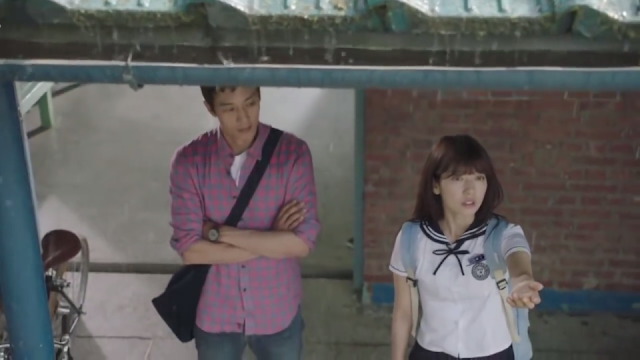 Nothing appears to have ever happened in those years aside from an almost-date involving biking across the bridge, as even the story isn't willing to forget the fact that Hye Jeong is his student and many years younger. But episode 4, which skips 13 years into the future, has basically confirmed that Ji Hong was nothing short of in love with Hye Jeong, and I'm so freaking curious to understand when and how that happened. The story has been purposely vague, showing us only Hye Jeong's reactions and perspectives so far, but I have no doubt that we will be getting flashbacks from his end that explain this 13-year-enduring love, and I cannot wait. 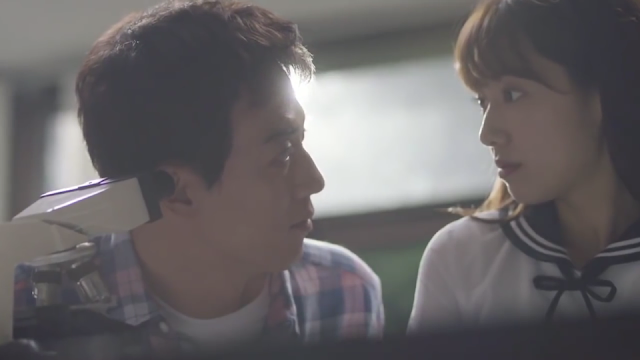 I love these two characters, and I can't keep my eyes off the chemistry between the actors, which has been at a slow simmer from the moment they showed up in the same frame. Combine this with the fact that both are now eligible adults in the story (with the most amazing helicopter reunion scene in history) and I'm totally eating this up and interested in seeing how it plays out. I do reserve plenty of disbelief on how two such eligible people could manage to stay single for 13 years, but that's the magic of this drama - it succeeds in making me believe that this was a truly once-in-a-lifetime soulmate situation that was especially worth waiting for. And from the sparks that flew in their reunion, it should surely payoff soon.

What does worry me about this show are the hospital politics, which started up light but have been getting ever more time-consuming now that all of our characters have found their way over. I don't want anything to happen to Ji Hong's dad, and I already hate Seo Woo's dad for the callous death of Grandma. I can't tell yet if the situation was meant to be his fault, and I'm as curious as Hye Jeong to figure out what exactly led to the death in the operating room. It's an interesting conflict, but hopefully not one that starts consuming the screentime and causing unnecessary angst and politicking.

As for the plethora of side characters, I'm surprisingly good with all of them except for the lugheaded errand boys that function as useless space fillers in the hospital. They just annoy me with their sheer incompetency - cute is cute, but not when lives are at stake, even in a fictional environment. If I went to a hospital that had interns like that, I'm pretty sure I'd run for the hills before I let them take care of me. 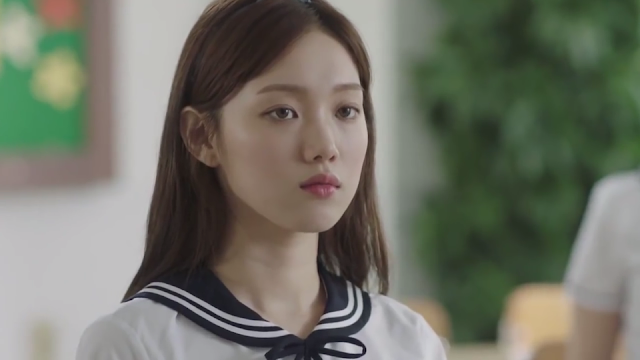 I love Yoon Kyun Sang after Pinocchio, and find it funny that he's now playing someone who will fall for Park Shin Hye after his last role (where he kidnapped her). Lee Sung Kyung looks much too young and mannequin-like to pull off being a 31-year-old surgical fellow, but that's really my only big gripe. Her character is interesting, and I feel fairly confident now that the two women can eventually find their way back to being friends (at least that's the hope). Soon Hee is the most adorable character ever, and I hope she gets more screentime and also plenty of juicy best friend chats about their former teacher with Hye Jeong in the episodes to come. 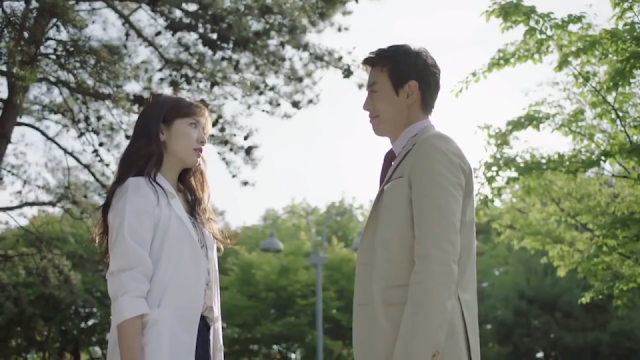 Overall Doctors is the much needed reprieve to the good-drama drought of the past couple months, and I literally cannot wait for Mon/Tues to come around again.
Email Post
Labels: Doctors dramas Kim Rae Won Korea Park Shin Hye