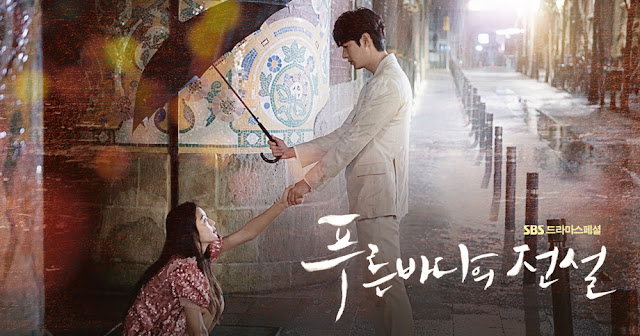 Unlike its predecessor You From Another Star, Legend of the Blue Sea isn't the sort of drama to immediately hook you in. It's more reminiscent of the writer's previous works (Queen of Reversals comes to mind), which take a handful of episodes to fully drop in its narrative and work its characters' magic on the viewers. Thus, while I remained ambivalent on the show at episode 3, at episode 10 I can say I'm fully 100% invested in watching Heo Joon Jae and our resident mermaid Shim Chung (and even more so their Joseon counterparts) get the happy ending they deserve.


This is quite the year-end for mythology-based Kdramas. With its focus on mythical creatures and a reincarnation theme, there's plenty of similarities in Legend with the well-hyped and currently airing Goblin. I give Goblin the overall win, as this can't quite match up to the soft beauty and inherent melancholy of the other drama, but in terms of character investment and the central romance Legend has me completely locked in.

What I love about Park Ji Eun's dramas is that they're usually character rather than story-focused, and her past works have featured some of the most endearing heroes and most unconventional and memorable heroines I've ever seen. My favorite piece from her remains one of my top drama picks of all time, Queen of Reversals (which was also my first review on this blog, over five years ago now). If you haven't seen that yet and you love a solid noona romance (or any romance really), you must watch it.

Yet while I'm enjoying watching this series, I also understand why the ratings aren't doing nearly as well as YFAS. The first two episodes were meandering and stuffed full of unnecessary and cheesy action sequences, which was just such a waste. Indeed, the directing is one of my biggest qualms here, which is surprising given how much I like and respect PD Jin Hyuk (he did some of my favorite dramas with Prosecutor Princess and City Hunter). It's not bad per se, as he has a good sense for comedy and makes all the romantic moments shine, but there are times when I wish he'd tone it down on his penchant for loud OSTs and inject a bit more gravity into the story.

I don't know if it's a budget issue or otherwise, but the mermaid get-ups, the fight scenes, and the general wardrobe all look a bit cheap and haphazardly done. For instance, with City Hunter on his resume, I would have expected all the fighting and conning scenes to be slick and well-integrated, but instead they feel low-budget and like very obvious filler mixed into a romance drama. The episodes also have fair bits that feel sporadically pieced together rather than seamless. 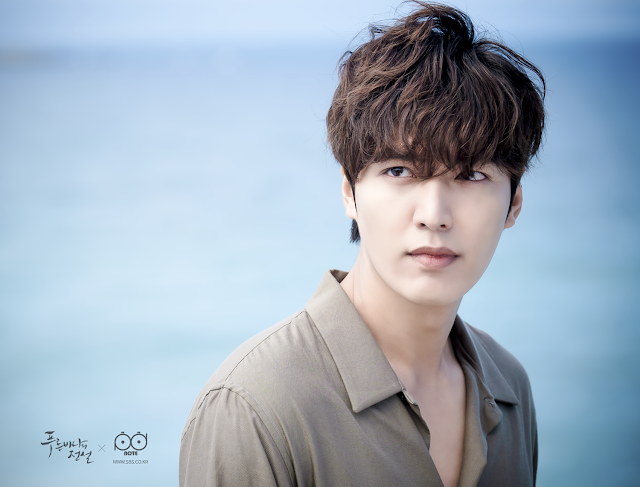 For me, once the story started focusing on developing its characters rather than throwing them into absurd comic or action sequences, the drama clicked for me. That was around episode 5, when Joon Jae finally started his path towards reluctantly falling in love with the girl and performing dozens of heart-tugging acts to protect her. There's something about the naively lovestruck hero that always gets to me, and Lee Min Ho is killing his role here. No one does the longing stare better than him. His Joon Jae is seriously heart-stoppingly adorable, both in the present and past timelines. I'm invested in this drama mainly because I want his character to find happiness. While I like Jeon Ji Hyun and give her kudos for being such a willing sport in playing this surprisingly unglamorous role, her mermaid character is just a total mess and remains one of the unexpected frustrations in watching in this drama. She starts off as an utter idiot for one, which I know was a purposeful writing move, but goodness it's aggravating at times to watch. Shim Chung looks like a 30 year old but acts like a ten year old, and I'm finding it hard to believe how any guy, even one as sweet as Heo Joon Jae can romantically fall for that.

It doesn't help that the production insists on dressing her like a crazy mad woman, and even her glorious hair looks untamed and messy. It's to a point where I want to shout at her to give it a cut instead of letting it fly around unbrushed all the time. We don't need to dress her to the nines like YFAS (though let's be real, that was probably a massive contributor for the latter's high ratings, as we all like to look upon the pretty), but some age-appropriate adult clothes with matching shoes and muted colors instead of all the track suits and slovenly messes would be a nice change once in a while. There's also the extremes where they doll her up when she's on display or playing the part of a rich fiancee; could she not just look decent more often than not?

As a character, Chung is also just short of annoying. I feel like I tolerate her, but just barely, and try as I might I can't seem to empathize or relate with her at all. Again a large part is because she was written like a child with zero maturity or restraint. She kind of grosses me out as a person, which is an amazing feat considering that she's freaking played by the goddess of all actresses. In the past couple episodes, it seems she's finally toned down, but that's gone more the way of angsty reticence, which I don't expect to enjoy any more given the pain it'll likely put Joon Jae through. My take is that it's hard to write a quirky but actually respectable heroine, and Chung Song Yi was truly not someone to take for granted. 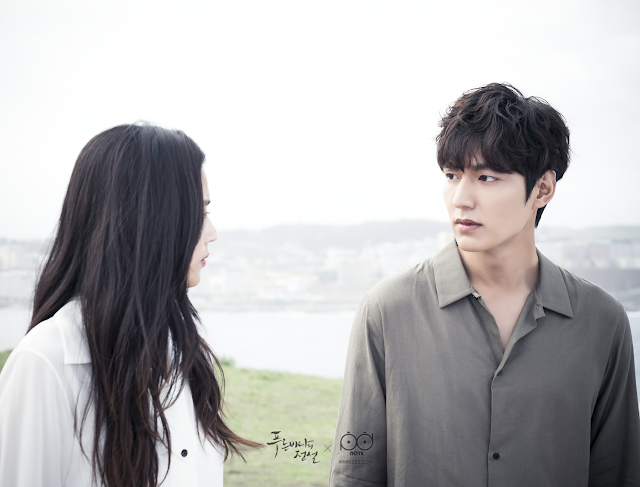 In terms of the romantic chemistry, I get the sense that it's largely one-sided from Lee Min Ho. Jeon Ji Hyun is certainly giving it a try with her soulful gazes, but her acting has been rather one-note and I don't get the feeling that she's all that invested in the romance. When I watch their interactions I feel like he's doing all the emoting and she's kind of just keeping up. It's a little disappointing considering how gorgeous the two of them appear together, and I wonder if it has to do with her having started this role so soon after having her kid. What I do love is the whole Joseon versus present-day separation, and I find that often the openers and the epilogue outshine the entire episode. The Joseon timeline is filled with this innate sense of tragedy, and unfortunately doesn't seem likely to end well. Even more importantly, the Joseon timeline features a version of the mermaid who is mature and fits with the mood of an epic romance. Se Hwa is mysterious and understandably in love with the boy who spent years with her as a child. Her flighty modern-day counterpart doesn't even feel related to the past her, as the story basically rests on the fact that she ignorantly chose to blow her life away on a guy she knew for all of two days and thought was cute. Did she lose half her brain cells during her reincarnation? By contrast, Joon Jae and Dam Ryeong feel like the same character in both timelines, and it's nice to have that consistency. I wonder if that's also why Joon Jae seems much more in touch with Dam Ryeong than Chung has been with Se Hwa.

I'm hoping the big villain storyline gets resolved sooner rather than later, as the murderer plotline was my least favorite device in YFAS. I get that it adds tension and an opportunity for Joon Jae to showcase his heroism, but it does seem to be dragging on. Can no one catch this guy, despite the fact that the entire police force is supposedly after him?

If we ever move away from the villain plotline, I'd love to spend more time on Joon Jae's family, and especially his potential reconciliation with his parents and his stepbrother. His Hyung actually seems like a decent guy, and has certainly had one of the best scenes ever with Chung through the money envelope and water encounter. I wouldn't mind more of him, and I'd love to see the brothers unite and be a stronger force together.

Overall, Legend is proving to be a solid and fairly addicting show, though for directorial reasons doesn't feel quite as lofty or deserving of all the hype surrounding it. It's an engaging story with a beautiful cast, and it hits the right notes for me which is good enough. I just hope it manages to sustain its story in the coming half and give our characters a satisfying close.
Email Post
Labels: dramas Jeon Ji Hyun Korea Lee Min Ho Legend of the Blue Sea